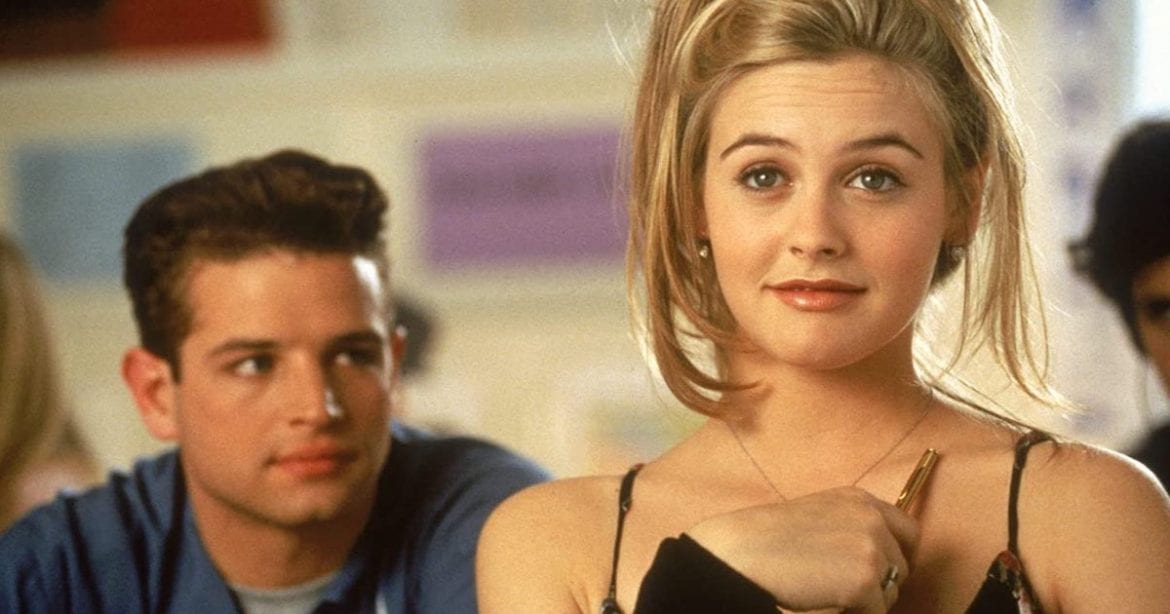 In 1995, Clueless hit theaters. At the time, it initially appeared to be a generic teenage film with the same character tropes and narratives that audiences were used to seeing. Instead, it became an instant classic. 25 years later, it is beloved, re-watched, copied, and quoted by multiple generations of fans.

Amy Heckerling is a Genius

In my movie and TV watching experience, there are only a handful of adult writers who have the ability to create media that speak both to and represent the then-current teenage generation. Along with Kevin Williamson and the late John Hughes, Clueless screenwriter and writer/director Amy Heckerling is included in this short, but very impressive list. Having mastered the art of making a high school film in 1982’s Fast Times at Ridgemont High, Heckerling created Clueless.  In my mind, is film perfection, and she is a genius.

As I have gotten older (and expanded my movie-going experience), I’ve learned that a film following the lives of teenagers has to serve two equally important masters. It has to reach young people who are its main audience. It also has to charm the adults and leave them with a nostalgic feeling about their own teenage years. While most films in this genre usually reach the young audience, some adults in the audience don’t feel nostalgic. Clueless is able to serve both masters in a way that only a handful of teenage/high school movies over the years have been able to do.

Clueless is Emma and Emma is Clueless

Few ideas are brand new. Most stories have at least one recycled element of another narrative. Using Jane Austen’s 1815 novel, Emma, as the skeleton for her screenplay, Heckerling transferred the story from rural 19th century England to Los Angeles in the 1990s. Austen’s iconic queen bee Emma Woodhouse is transformed into Cher Horowitz (Alicia Silverstone), a popular high school girl who thinks she knows how the world works. She will soon find out how wrong she is.

The thing about Emma and Cher is that they both could have easily been written as a Regina George type. In our own lives and on screen, we have seen quite a few variations of the mean girl/popular girl who rules the social aspect school with an iron fist. But both Austen and Heckerling knew that there has to be more to this basic character trope. Both characters are well-meaning and have their hearts in the right places. But that does not mean that the consequences of their actions come out as planned.

When Paul Rudd played the role of Josh, Cher’s stepbrother/love interest, he was in his mid-20’s. Last year, he turned 50. He doesn’t look like he aged a day at all. Watching him in the Avengers films was like stepping into a time machine. It was as if he went from playing Josh, your average mid 90’s college kid immediately to a superhero who helped to save the world.

The Legacy of Clueless

Most teen movies are generational. If they are lucky, they resonate with the intended audience. Which then filters into the cultural memory bank and comes back years or decades later as nostalgia. But Clueless is different. It has somehow not only lasted a quarter of a century but continues to speak to new generations of fans.

I think what makes this film more than the average high school movie is that while it relies on reliable elements of the genre, it adds new layers to those elements. Most films that take place in a high school are of a romantic nature. Not that there is anything wrong with that. But, as a viewer, I want more than the standard high school romance. I want to see a character (especially a female character) experience more than love. I want to see their friendships, how they are with their family, and most of all, how they change over the course of the story. As a writer and an audience, that is a movie that could be potentially interesting.

I also think what makes this movie stand out is that Heckerling and her creative team purposefully created a world filled with diverse characters. One of the faults of many films is that there are characters of color, but they exist to fill the “minority” role without having a meaningful contribution to the story. In ensuring that there is true diversity in terms of characters, Heckerling presented a world in which we should aspire to create in real life.

In the end, Clueless lives on because it is charming, funny, and as close to the real-life high school experience as any film in this genre can be.

P.S. Alicia Silverstone is playing Kristy’s mother in the new Baby-Sitters Club reboot on Netflix. If that does not make those of us a certain age feel old, I don’t know what else does.

Thank you for reading! What are your thoughts on Clueless? Comment down below!

[…] seen a good number of high school movies over the years. When the protagonist is female, the film is usually about finding and/or […]

[…] a.m. to help her father and brother provide for their family by deep-sea fishing prior to attending high school immediately after. Ruby is a quiet teenager who cares deeply about her family who all are deaf. Her […]

Agree I love both films. Heckerling’s adapting Austen’s Emma was steller and I love 10 Things/Taming of the Shrew. And if I had changed careers/and taught high school/English I would have shown both films to complement the literary works.

But is it better than “10 Things I Hate About You”?

Both are equal in my mind.

‘Ghostbusters: Afterlife’ and the Dark Underbelly of Nostalgia

‘Only the Lonely’: The Ideal Romantic Comedy That...