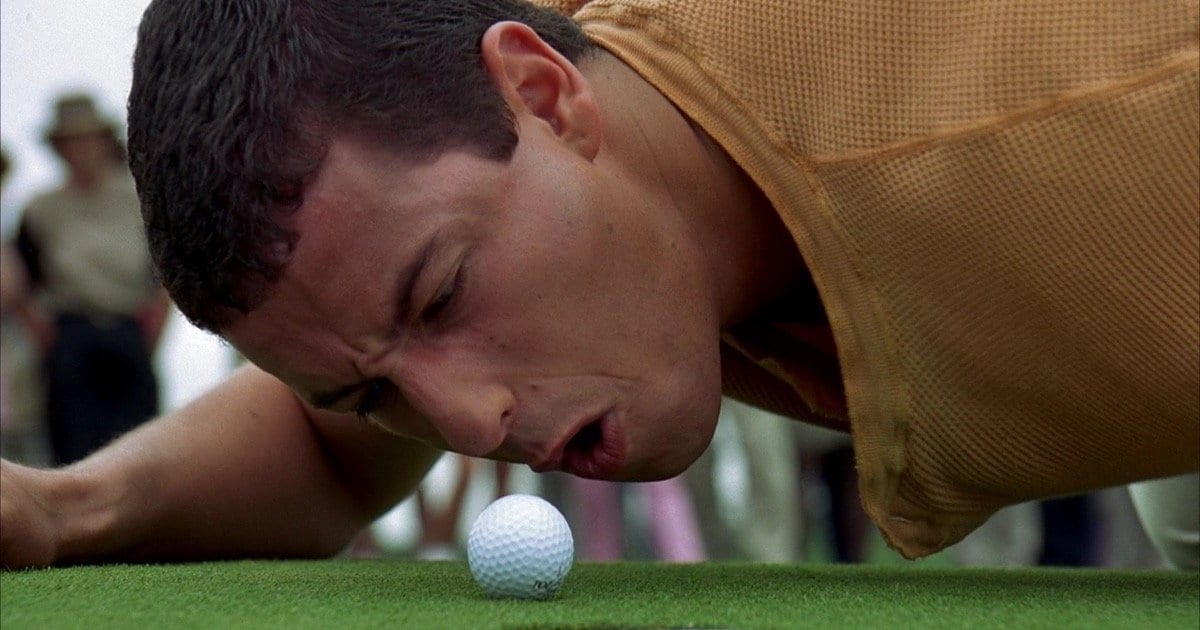 Arguably the most popular golf tournament, the U.S. Open, is being held this weekend at Erin Hills in Erin, Wisconsin.  The 117th U.S. Open is sure to unite golf fans around the world for a tournament that’ll include challenging landscapes, slippery putting surfaces, and a ton of polite clapping.  Initially, I tried to compile a list of the top 10 best golf films, but there hasn’t been enough golf films worth mentioning created thus far.  With that in mind, let’s take a condensed look at the best golf movies ever put on the big screen:

This ensemble picture has a lot of earnest, sweet charm that makes it completely watchable thanks mostly to the relationship between Will Smith and Matt Damon on screen.  There’s certainly a lot of heart in this film that’ll put a smile on your face if you’re within the right frame of mind.

However, The Legend of Bagger Vance is too “Hollywoodized” to be truly loved.  Every scene feels overly glamorized to be taken completely seriously, most notably in the “seeing the field” scene that focuses for five minutes on a speech about visualizing a shot.  The problem is that in real life, Matt Damon’s character would be given a stroke penalty for slow play.

The Legend of Bagger Vance also has an undertone of racism that is completely washed over for milquetoast melodrama. 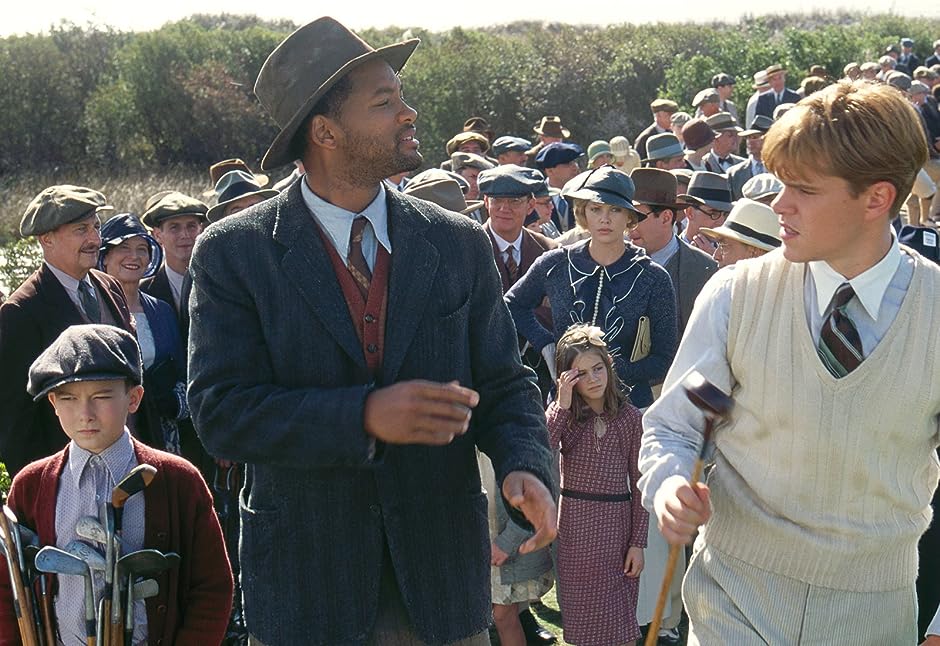 Although Shia LeBeouf has since gone off the deep end, he added a lot of charisma to the role of Francis Ouimet.  In this fascinating retelling of the unbelievable true story, we see the young amateur Francis Ouimet come from practically nothing to win the U.S. Open in the year 1913.

Even though the story is truly fascinating and realistic, it does follow the template for many underdog sports stories.  Throughout the film’s 115-minute run time, it hits all the beats of any somewhat successful sports film.  If you’ve seen Rocky, Hoosiers, Miracle, Invincible, Major League, Glory Road, Little Giants, Rudy, Million Dollar Arm, Chariots of Fire, Bad New Bears, or Seabiscuit, then you’ve basically seen The Greatest Game Ever Played.

Despite this fact, you can’t help but be won over by the film’s charm.

One of my personal favorite Kevin Costner films, Tin Cup is an often funny, dramatized look at a hot-headed golfer.  Golf is a frustrating game.  It takes far more than it gives.  While Tin Cup is overly sentimental at times, but it captures the hardships that the sport brings to a lot of weekend players all over the world.

For those that play the game, the scene where Roy has a problem with the shanks while everyone watches is almost too real for people that have holes in their swing.  A lot of the feeling around golf is people hoping that they don’t make a fool of themselves in front of other really good players.

The finishing hole of the U.S. Open is one of the most excruciating moments in a sports film and captures the feel of a golfer continuously trying to pull off a shot that they just can’t physically do.

Made during the apex of Adam Sandler’s career, Happy Gilmore is unbelievably stupid, but it’s also gust-bustingly funny.  Adam Sandler goes absolutely bonkers throughout this film, making a film that you can’t help but enjoy in its insanity.

There are so many memorable little moments that make you say, “Ohh this is my favorite part!  Ohh wait, this scene is my favorite part!”  The hightlight of the film is obviously the fistfight between Happy and Bob Barker during a Pro-Am event in San Francisco.

Surprisingly, there’s a good amount of satire that centers around the snobby, unwelcoming culture that many perceive golf to have.  Having Adam Sandler strangle his caddie, wrestle a crocodile for his ball, and win a tournament in a mini-golf like contraption may seem very dumb.  And that’s because it is!  However, there’s a surprising amount of bite beneath the surface.

Alright, that might be a stretch.  But look!  Bob Barker has a killer left jab! 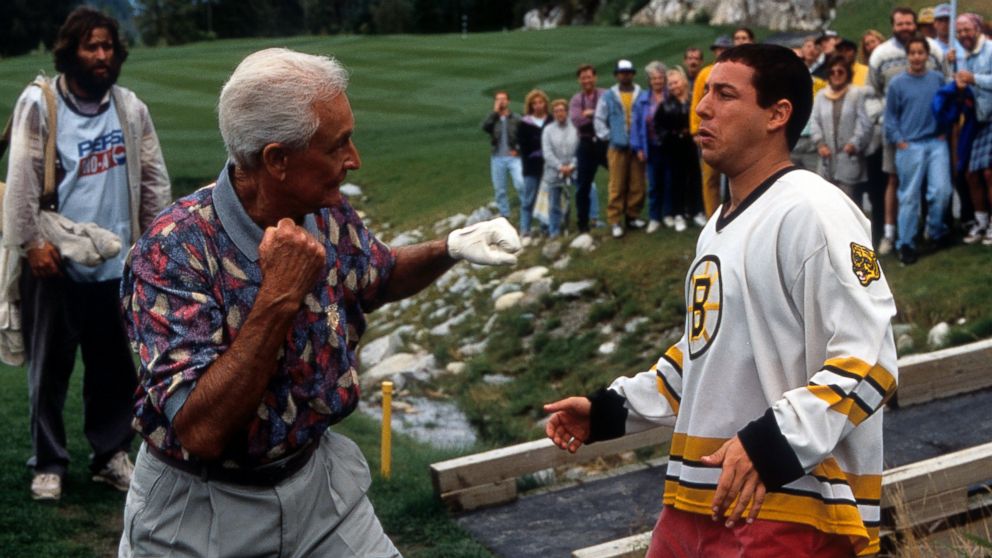 Arguably one of the best comedies ever made, Caddyshack may not be mentally stimulating, but it’ll keep you entertained from start to finish with non-stop laughs.  The film features a bunch of great comedic stars performing at the top of their games in the prime of their careers.

While my personal favorite character in the film is Rodney Dangerfield as Al Czervik, we all have Caddyshack to thank for launching the career of Bill Murray.  This movie showed us that Murray is a spectacular comedic talent with the ability to make us continuously giggle.

However, the best part of Caddyshack may be how timeless its brand of comedy has been.  We’ve seen a lot of spoof-like comedies become somewhat forgotten over time.  Great movies like Top Secret or Young Frankenstein aren’t quite on everyone’s mind these days.  These films are largely a product of their times.  But, Caddyshack has a certain quality to it that keeps you coming back for more of the dancing gopher. Thanks for reading!  What are some of your favorite golf movies?  Comment down below with your thoughts!

Thanks for the suggestions! My husband loves to play golf, so I’ll have to see if he’d be interested in watching any of these.

Glad to help! There needs to be another great golf movie soon so that I can add it to the list