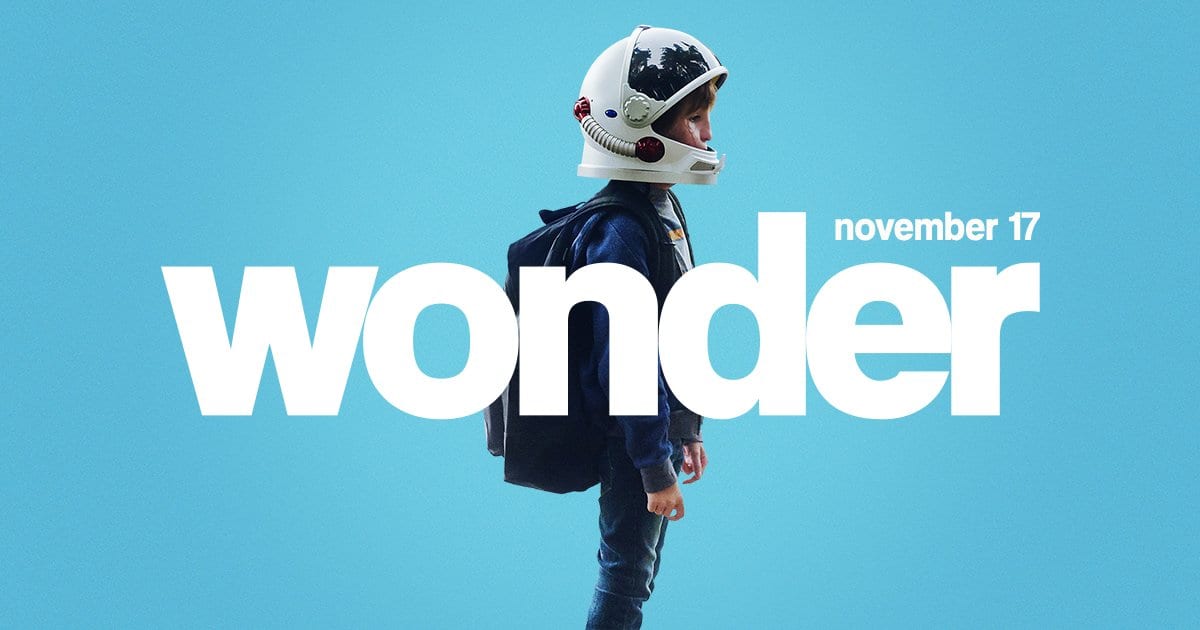 In another classic example of counterprogramming, Wonder is looking to take advantage of the moviegoing audience that doesn’t care about superheroes saving the world.  Based on the best-selling novel on the same name, Wonder is bound to make some shed tears.  The following review will be spoiler free. 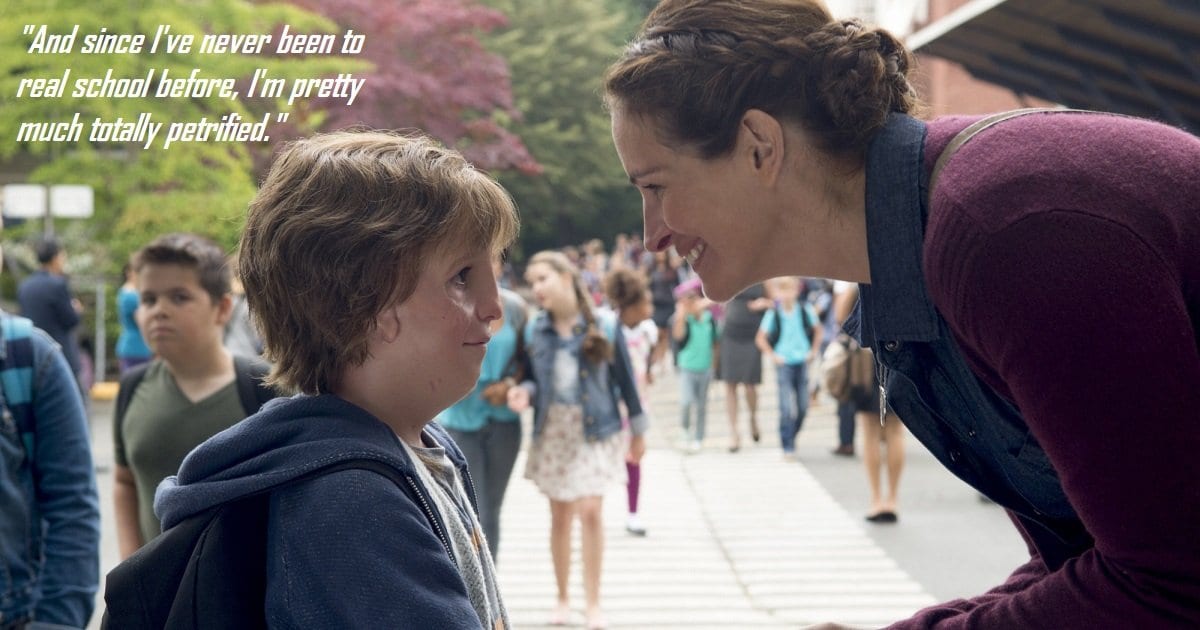 Auggie Pullman hasn’t exactly had a typical childhood.  Born with facial issues that required an incredible amount of surgeries, Auggie is just now going to regular school for the first time as a fifth grader.  Once he enters school, his fellow classmates struggle to accept him, treating him as an outcast.  But, as Auggie’s journey continues, he learns that it may be better to stand out in the crowd rather than fit in.

In years past, other studios stayed clear of weekends in which a massive blockbuster was due out in theaters.  The thought process seemed pretty obvious; everyone knows that that movie is going to rake in a ton of money and blow away everyone else at the box office.  So why bother going up against it?

But, studios are quickly learning to not be as afraid of these major properties.

Although counterprogramming has always been around, there was a noticeable shift that occurred when Sisters opened the same weekend as The Force Awakens back in 2015.  The R-rated comedy experienced a very solid box office return despite lackluster reviews from critics.  There was so much traffic at theaters that some was bound to bleed over into other films.

Ever since, there’s been a prominent, smaller budgeted film released the same weeks as major blockbusters that appeals to a very different audience.  In fact, almost all of them have done at least decent business.  Now, Wonder is trying to do the same.  Judging by early estimates, it appears as if the decision has paid off for Lionsgate as the film will earn back its production budget and then some in its first weekend of release. Jacob Tremblay is a Wonder (See What I Did There?)

We all knew how great Jacob Tremblay is as a child actor from his work in Room, and he continues to show his talents in the best feel-good performance of the year.  It’s pretty difficult not to cheer for him with how the prosthetics make him look, but Tremblay does way more to sell emotion than any other child could have done.

You can tell pretty quickly that it’s difficult for Tremblay to contort his face to express exactly how he should feel with all of his make-up.  To fix this issue, Tremblay uses eyes to the best of his ability.  When he’s upset, he conjures up tears in an instant, making those big, doughy eyes even more adorable than usual.  You can look solely at his eyes and understand everything you need to know about his character.

Wonder is surprisingly funny, and Tremblay is at the center of that charm.  As you might imagine, school is really rough for Tremblay’s character given his condition.  There’s both highs and lows, but Auggie’s cute sense of humor always seems to shine through, adding a touching little accent to each scene.  Your eyes will certainly well up with tears, but Tremblay helps to provide a balanced moviegoing experience, making Wonder one of the best feel-good movies of the year.

A Beautifully Sweet Message That Earns its Tears…and Laughs!

Wonder goes beyond what normal feel-good movies do and provides a lot of depth to many different characters.  Sometimes, the story even diverts to side characters so that we come to learn their stories.  While the film ultimately revolves around Auggie, this added characterization truly allows for a deeper emotional impact.  As you quickly learn, Auggie touches a lot of people around him in unexpected ways.  Understanding side characters makes for some serious charm in the grand scheme of things.  A great performance from Julia Roberts helps the audience get there as well.

Some might go into Wonder believing it to be a serious tear-jerker that’ll ultimately make them feel a bit sad.  Thankfully, that’s very far from the truth.  Yes, Wonder will make you cry if you aren’t careful, but its message is so wonderful and earnest that there’s an incredible amount of joy to have.  There’s a solid amount of both tears and laughs, but the ending result will have you unequivocally cheering.

There’s no doubt that this film is the Hollywood version of a real issue that many kids must endure, but director Stephen Chbosky somehow manages to make the entire endeavor feel super sweet and rewarding. Although Enjoyable, You’ve Seen this Story Many Times Before

Wonder is undoubtedly delightful, but it can’t help but fall back on the same tropes as other similar stories.  You’ll get the group of school bullies, a school play with major significance to personal growth, and a story that ends up exactly where you think it’ll go.  It definitely elevates some of these generic tendencies to something a little better than run-of-the-mill, but that thought is still there in the back of your head.  Ultimately, your enjoyment of Wonder depends on how much you can enjoy the ride it takes you on, even if you see the destination coming.

Stephen Chobsky has directed a film that super sweet.  Is it predictable?  Does it become excessively sentimental at times?  Absolutely to both questions.  But, many will find that they just don’t care about these problems and become swept away in all of the film’s earnest messages.

Wonder is downright adorable.  With a cute central performance from Jacob Tremblay, Wonder mostly transcends the usual schmaltzy nature of its genre.  Unlike many movies today, this particular movie earns its emotion through sweet relationships and well-developed characters, allowing you to latch onto not just Tremblay’s character, but everyone else involved.  This film is sure to be a crowd-pleaser, which is why it gets a B+.

Wonder is the definition of a feel-good movie.  Once the end credits come over the screen, you won’t be able to stop smiling for quite some time.

Thanks for reading!  What do you think of Wonder?  Comment down below!

If you enjoyed this article, subscribe to MovieBabble via emaily to stay up to date on the latest content.

Great review Nick. IMO Wonder is one of the most emotionally manipulative cliche-ridden predictable narrative films about the pain of being different that I have ever seen. I dont care. I loved it.

Watching movies together and crying is considered entertainment in my household, so this one goes on the watch list!

It’s literally the sweetest movie I’ve seen this year. It’s so innocent that it wins you over instantly

I am a huge Jacob Tremblay fan. Will definitely be seeing this one! Glad to hear that you did not hate it.

He’s so good in it! It’s unbelievably sweet

I didn’t even know this was a popular book, at first.

Neither did I! I guess that’s what research is for ?