The DC Extended Universe Can Still Work, and Here’s How 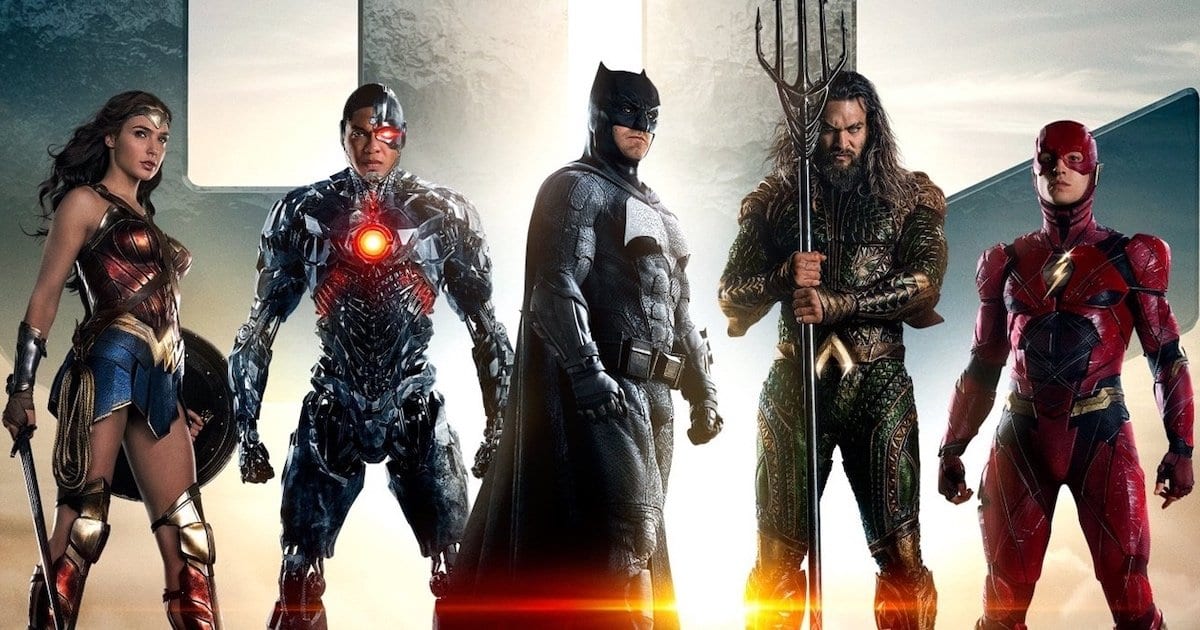 There are certainly fans of Justice League, but it appears that the general consensus is that the film was pretty underwhelming.  Earning less than stellar reviews and box office returns, many point to Justice League as another nail in the coffin of the DC Extended Universe.  But, even though some goodwill has been lost, DC can still turn it around, and that change may occur much sooner than you think.

A History that Lacks Leadership

Upon releasing Man of Steel back in 2013, Warner Bros. quickly learned that they could make some serious coin if they created a greater universe for which all of the DC heroes to play.  Before the initial release of Batman V Superman in 2016, WB released a full slate of films for the coming years.  Here was their initial release schedule:

Warner Bros. CEO Kevin Tsujihara announced these movies all the way back in 2014, scheduling movies before creating an infrastructure that could make them possible.  At the onset of this announcement, those that had ties to the company exclaimed that Warner Bros. would focus more on artistic vision rather than a template like Marvel had already established.  Other reports stated that WB didn’t have a Kevin Feige-like figure in place to oversee films, allowing directors to create their own imprints on each film.

As you may be aware, this initial release schedule is not the current template for DC.  In fact, the entire future of DC films is up in the air.  A lot of reports have been leaked in recent months about which films will come next, including the wide-ranging list below:

Warner Bros. also exclaimed that they were going to see how Justice League performed before slated any new projects.  So with less than ideal box office returns thus far, WB might make some drastic changes moving forward.

With a lack of leadership in place, the final products of DC films have suffered.  Giving Zack Snyder complete artistic control for Batman V Superman allowed the filmmaker to create an R-rated, three hour film that aligned with his sentimentality as a director.  WB later mandated that the film cut a half hour off its run time and switch the rating to PG-13.  The result was, well, you already know that answer.

WB saw that director David Ayer had a similar tone for Suicide Squad.  Nervous from backlash to BvS‘ overly dark mood from some, Warner Bros. enacted extensive reshoots to add more jokes and hired a trailer-cutting company to create a competing cut of the film.  The result here was an Oscar!…for best make-up.  Ohh, and the film made zero sense.

With Justice League starting production a month after BvS, the script was altered to lighten the mood.  Joss Whedon was later called in for reshoots that can only be described as arduous.  Justice League was too far into development to be fully saved, leading to another somewhat muddled mess. Funny enough, the success of Wonder Woman was largely due to the fact that it was mostly shot in Europe and was largely hidden from studio interference, allowing Patty Jenkins to operate under complete artistic control while handling a tight script.  In this case, WB was lucky that Jenkins’ vision for the character was spot-on.

From there, the divisive nature of these beloved properties has led to heated fan debates and even a petition to shut down Rotten Tomatoes for giving the films negative reviews.

The Current Outlook on DC’s Infrastructure

But, despite all that doom and gloom, DC can turn the corner, and it looks like that change may already be in place.

The prolific DC Comics writer, Geoff Johns, was tapped to become the president of DC Entertainment back in July of 2016.  While his exact duties from film to film vary, Johns is now heavily involved in each DC film as a screenwriter, producer, or advisor (or a combination of the three).  Considering his start date at the position, each of the films that DC released thus far was either not under his supervision or was already too far into development for him to change much.  2018’s Aquaman will be the first movie that Johns has completely overseen.  With that film shooting overseas and a seasoned director in James Wan at the helm, expect that film to impress.

The first five films of the DCEU were made under limited leadership and supervision.  WB merely panicked when they saw that the final products didn’t meet their expectations and altered most of the films after each was mostly finished shooting.  Johns had some input on the Justice League reshoots, which can help to explain the film’s contrast in feel from previous films.  But now, Johns can oversee all films from start to finish.  DC finally has leadership in place, and this move should lead to serious dividends with future films.

If the next few films falter, that’s when you should start to think about hitting that bright, red panic button.

What Changes Can Occur with the Current Universe?

It’s clear that Ben Affleck wants out as Batman, so all strategies need to account for his departure in some capacity.

The first strategy would have DC and Warner Bros. staying the course.  They would need to prioritize the Flashpoint movie that would act as a soft reboot but still continue the current storyline in a lead up to an ultimate battle with Darkseid.  The Flashpoint storyline in the comics includes Thomas Wayne becoming Batman, which is Jeffrey Dean Morgan in this current universe.

Obviously, Thomas Wayne is a little older, and he’ll definitely need a sidekick.  Enter Nightwing!  Ultimately, Thomas Wayne can die in some manner, leaving the cowl to Nightwing, a younger actor that can play Batman for years.

Flashpoint could change any other issues that DC needs to fix in order for the universe to work moving forward.  Honestly, Flashpoint boils down to a panacea from which DC’s newfound leadership can curate new films.

Can DC Adopt Another Strategy Altogether?

On the other hand, DC and Warner Bros. could adopt the strategy that Fox uses for X-Men these days.  Rather than work under one connected universe, Fox has started creating spin-off worlds for different characters and tones.  Deadpool, Logan, and the upcoming New Mutants show that, in some cases, making singular films that can branch out into their own pocket universes is advantageous.  This way, directors can have more artistic control.  If the director’s vision doesn’t work, no problem!  Scrap that project for a new one and start over.

DC has already kicked around this idea, tapping Matt Reeves to direct a standalone Batman film with the possibility of it turning into its own trilogy.  As mentioned above, WB has also worked with Martin Scorsese to produce a standalone Joker movie with Todd Phillps to direct.

If Geoff Johns fails to bring stability to DC, this strategy could work for WB in a few years time.

There are certainly fans of the current DCEU out there, and that’s perfect acceptable.  But, it’s abundantly clear that the franchise doesn’t quite have the appeal that it should.

If this article can be reduced down to one word it would be relax.  The MCU is a unicorn in an age where everyone tries to build cinematic universes.  Kevin Feige failed many times before overseeing the MCU, allowing him to understand what works and what doesn’t.

WB has hit some bumps, and they now have the experienced required to build these properties the correct way.

Thanks for reading!  What are your thoughts on the future of DC films?  Comment down below!

To be honest, I would just scrap the DCEU in its current incarnation and start over from scratch but I would be open to a Flash film where he reboots the timeline himself. Whatever happens, the DCEU cannot continue as it is right now.

Agreed! Judging by the box office receipts for JL, they definitely need to do something different!

Even though I love Marvel’s stable of heroes, I grew up as a DC kid, especially with Bruce Timm’s DC Animated Universe giving us 14 solid years of quality story-telling that treated its kid audience like adults. I can totally agree that the DC Extended Universe does have some promise, but mainly suffers from lacking a Kevin Fiege-type leader to help guide the series. I really hope that the series can get on track and doesn’t get canned, since it gave us Wonder Woman, the film that finally helped the genre snap the live-action, theatrically-released superheroine movie curse. I do feel bad for Ben Affleck. Just like Hugh Jackman in some of the critically-poor X-Men movies, I get the sense that he is trying, but surrounded by a weak foundation. However, it seems like he personally feels the same way that Guillermo Del Toro felt when he unsuccessfully tried to make a video game (twice) in that they feel like an albatross towards that field and that if he continues to be in a superhero film, then World War III will break out. May Aquaman finally join Wonder Woman and bring some stability to this series, even if Justice League doesn’t perform like W.B. wanted it too.

I agree on Affleck, I feel like BvS broke him a little bit. You could tell that he put everything into that movie and was so disappointed in the final product and fan reception. Who knows, I hope he stays on, but the rumor mill appears to say otherwise.

I just wanna give him a huge Bat-Hug and tell him that he’s lightyears away from any of the faults that plagued Dawn of Justice and Justice League. :)

I’m tired of seeing Ben Affleck as Batman. He is to bulky for the role and can’t talk like batman should. The DC Universe has incredible heroes. Interesting, powerful and cool heroes. No one can say the MCU has the best heroes and DC has the shit ones because it not true. DC will be ok in my opinion just needs to brings us good movies :)

I agree! Marvel has just done a great job of creating great characters that we can get behind. They made us like a talking raccoon! Lol

I haven’t thought about it much, but you’re probably right, let’s give it some time.

Good things come to those that wait!