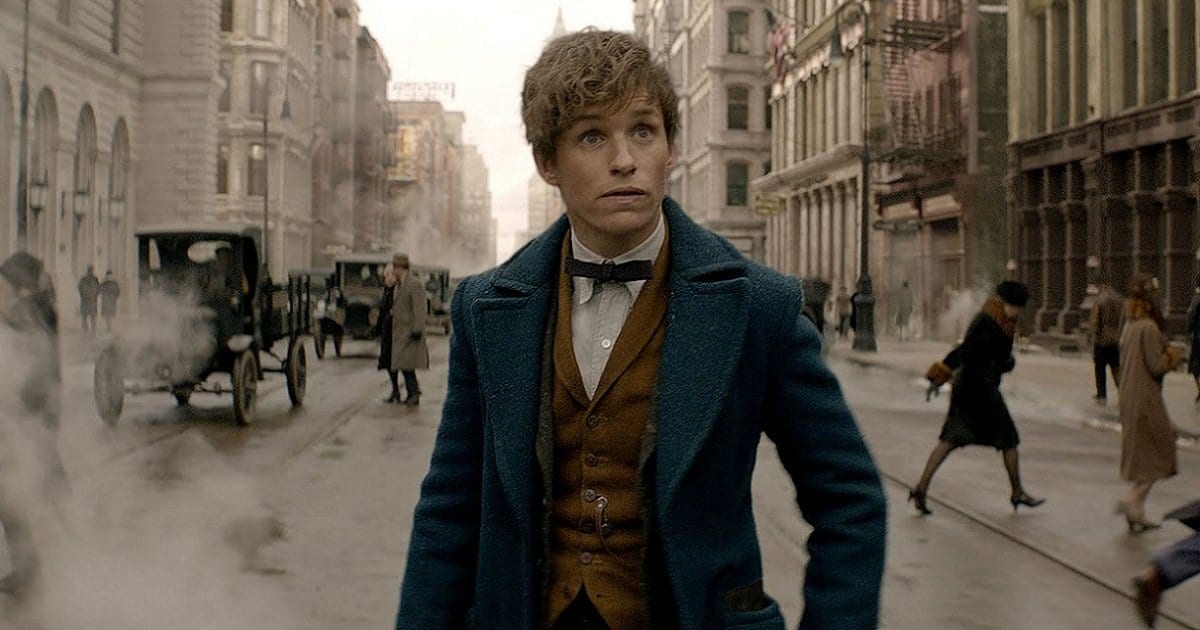 A lot can go wrong with a movie. Characters can be caricatures of their own beliefs, and their development can feel stunted or, worse, forced. The script can be clunky or way too smooth. The production design can yank us out of time and place with questions like, “But did they have polyester in ancient Egypt?” And, sometimes, everything feels just fine but nothing really sticks out. I’d like to think that I’m pretty forgiving. Heck, I loved the first Pacific Rim movie because it stayed true to itself, even when it risked the possibility of an entire theater saying: “Hang on. Robots the size of sky scrapers are fighting enormous multi-armed, winged, pregnant, glowing, toad-lizards from a rift under the ocean?” If that doesn’t shatter suspense of disbelief, you think, what can? I’ll tell you what.

Whether it is poorly timed, too opinionated on what you should be feeling, or using instruments that feel utterly inappropriate, a score can make an otherwise decent film an anathema to the entire industry. I can point to three examples.

The Mortal Instruments: City of Bones

Granted, Mortal Instruments: City of Bones never had much of a chance, but I was willing to give it one. I thought that the main character (played by one of my favorite actresses, Lily Collins) was believable and sympathetic. I instantly liked and cared about her. I wanted her to succeed in saving her mother. It helps that I have a mother I’m really close to, but Collins also actually knew how to run as if she was running to save her mother and had a good sense of her own body.

On a side note, it’s shocking how many actors don’t get into their bodies, subtly making every scene less believable. But that’s a discussion for another time. Suffice to say, I decided to believe that she was seeing half-angels kill demons, discovering her own powers and generally running to the rescue, per every magical teen flick ever. I forgave the token teensploitation-y, black party dress sequence and the fact that female fighters were wearing knee-high leather boots to a supernatural battle. Like, whatever.

But I could not, would not, will never forgive the choice of music.

Up until the first full-scale battle, Atli Orvarsson’s shimmering score was properly placed, a little creepy and very dark. Listen to: “Clary’s Theme” and “City of Bones” for a sense of the atmosphere he deftly created. I mean, the Gregorian choir vocals, pure soprano descants, echoing church bells and broad-tone war drums are a believable backdrop to the thousands of years of history that our characters cannot escape. It’s a solid score. But then, oh, then. Right in the middle of the movie, when you’re about to see these heirs of an ancient destiny, battle it out with blood-thirsty vampires (aren’t they always), you hear a strange, whirling synthesizer. You blink. Then comes a grungy, robot tone. You blink again. And, as the beat drops, you realize what’s being done to you.

Somehow, I DON’T KNOW HOW, Zedd’s “Into the Lair” slipped through the cracks on this one. And that is nothing against Zedd. I like his stuff just fine, but it was entirely inappropriate here. Go take a listen to the two OST songs listed above then try to listen to “Into the Lair.” I dare you not to get whiplash. I have literally never stopped caring about a movie and its characters so fast. It took another fifteen minutes, which is an eternity in run time, for me to get back into the swing of the story.

Now (like everyone ever), I am a huge fan of Hans Zimmer. I wept when I saw him live last year. So writing this feels physically wrong and when the credits revealed his involvement in this project I was…distressed. But, if you thought he was beyond making errors, here is the exception that proves his humanity. Apparently, being able to write incandescent, otherworldly, truly epic scores does not a music supervisor make, because The Amazing Spider-Man 2 did not an amazing soundtrack have. Okay, that’s harsh. One huge part of its soundtrack was improperly placed. Again, what is with the sudden pop music at a centerpiece battle?

Check out “Electro Remix” for a feel of what I mean. I fully understand that Electro is electric and should have a corresponding theme, and the underlying suggestion was there the whole time, but blaring electro-pop that corresponds to his attack movements, with Spidey-centric revenge rap on the underbelly of the beat? Really? Oh. I guess so.

Let it be known, again, that I have nothing against electro-pop-rap combinations. Such artistic moves were delightfully on point in Black Panther and served the greater purpose. And I have to hand it to the Spider-Man 2 team — they dove headlong into that decision. I just wouldn’t have recommended it. It made the otherwise important, serious moment feel like a gimmick. I’m not going to say that that’s why Marvel rebooted the Spidey franchise for the 100th time, but I’m also not going to pretend that every moment in a movie doesn’t count. It’s brutal, but it’s true. When a score doesn’t stay true to the heart of its film, its like trying to find a lash in your eye, while using a shattered mirror. It’s mildly grotesque and just doesn’t work. 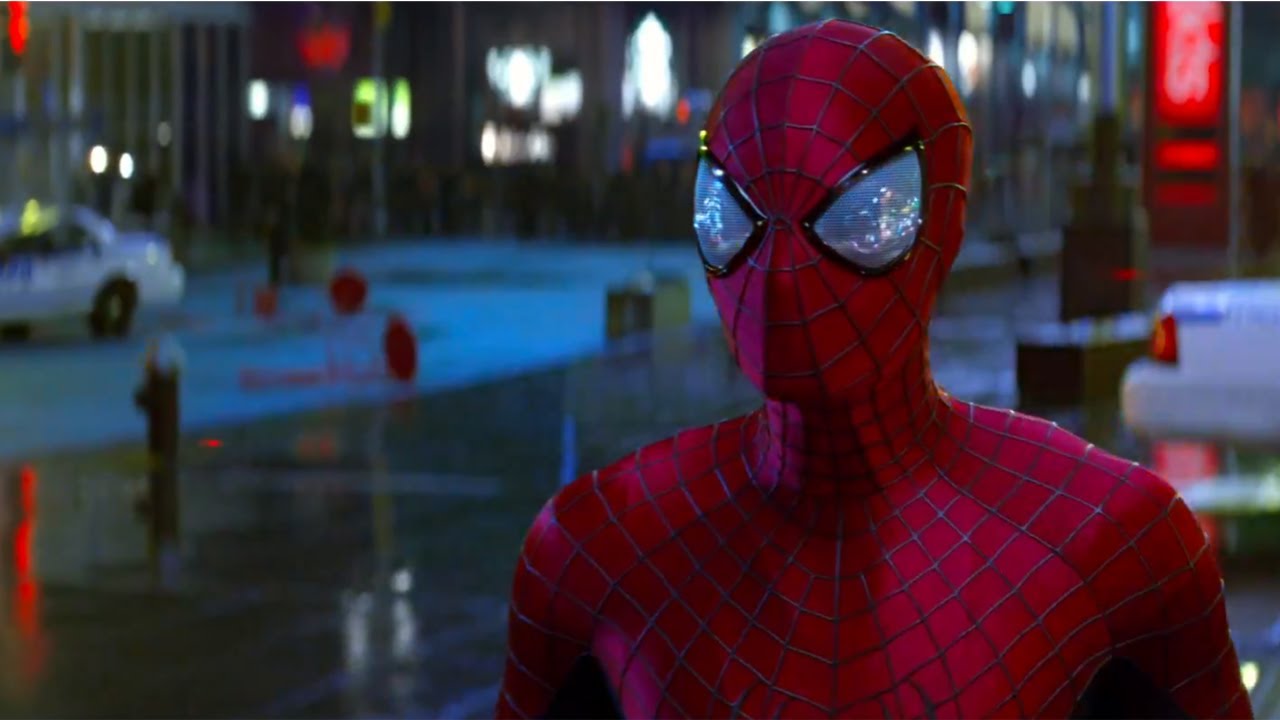 Fantastic Beasts and Where to Find Them

This beef is not as dramatic as the first two, because James Newton Howard’s score was a gem and a delight, maintaining the magical nature of Williams’ themes while introducing new ideas. It helped, too, that I had decided a couple things about Fantastic Beasts and Where to Find Them even before it came out.

First, the only way for this semi-reboot to matter was for it to have its own tone and timing. It most certainly did that, picking up in maturity of matter where its predecessors left off. Echoes of child neglect, power imbalances, turning a blind eye and twisted emotional abuse were disturbingly fleshed out, in ways that the original series couldn’t have done. In other words, the franchise continues to grow up with its audience. Second, I had to be forgiving. And I was! I enjoyed it in theaters and loved it when I watched it at home again. It was a fun movie that I don’t mind reviewing.

With that said, during the course of the film, the makers’ emotional map often pokes through the story itself, through the score itself. I am not so silly as to think that a movie this pricey in cultural and production value wouldn’t have an emotional map, but I also don’t want to be thinking about that when there’s an obscurus flying around 1920’s New York City. It felt quite distinctively that the makers wanted us to feel something very specific in every scene.

They cared too much for me. They were helicopter parents. They weren’t willing to let me decide what I wanted to care about. And no well-written, highly managed score could change that. So this is less on Howard and more on the pressure coming from top-down that I sensed. As a result, the moments with no score stuck with me most, like when Newt descends into the darkness of the subway (aka, Hades) and finds Credence trying to recompose himself into bodily form. The moment that the fighting begins, the swollen silence allows you to feel every snap of power from their wands, as everything again descends into madness.

One exception from this is “He’s Listening to You Tina.” Its breathy chordal suspension, weeping violins, and Schindler’s List-esque cello pattern both hearkened back to “Dumbledore’s Farewell,” and screamed of barely bated misery, of mistakes that could not be undone. I truly felt for Credence. That song was, in a word, perfectly placed.

To conclude, while Howard’s work can absolutely stand alone in my opinion, it was rather off-putting to have a musical cue for every moment and emotion. And this applies to the other two examples as well. The Mortal Instruments team wanted to convince me that the story was modern, hip and very cool, but shoving an EDM beat into the mix achieved the opposite effect. And I didn’t need electro-pop-revenge-rap to know that Electro was dangerous and obsessive and determined to make Spidey’s life hell. Sometimes, as an audience, we need to figure things out on our own. We need to go on a journey, too, and that absolutely includes the music.

Thanks for reading!  What are your thoughts on movie scores that don’t work?  Comment down below!

I watched Fantastic Beasts and thought something was off about the tone. Not seriously, but enough to make me like it less than the main HP franchise. I think you nailed the problem here with your analysis of how they overdid the musical moments. Really nice review!

Yes, it’s very subtle! The original franchise got it right on every level, certainly as far as the music was concerned. Thanks for reading and for the thoughtful comment!

I fancied myself a movie critic (at least in my own mind), but I was wrong. You write magnificently of your opinions. Thanks for giving us another angle to consider – for me, it’s the characters who make or break a film. But you are absolutely correct that the wrong music in a key scene can affect everything! Best regards…

Marcie! Thanks for reading and for the compliment! You are so right about characters. How they are portrayed and even how much the actor believes in the character can unravel a movie or make it stellar. Thanks for the comment!

I agree about premature over-cuing (shows up particularly in music for the small screen, which is probably “down and dirty”) and enjoyed your observations. At the risk of sounding ultra old-fashioned, in the “old days” the scores were much more carefully composed–think Steiner, Korngold, Morricone, John Williams. I suppose it’s more about money now.

I see what you’re saying!! And I appreciate all the composers you mentioned. Especially Morricone and Williams! I guess it just distracts me, personally. Thank you so much for commenting!!