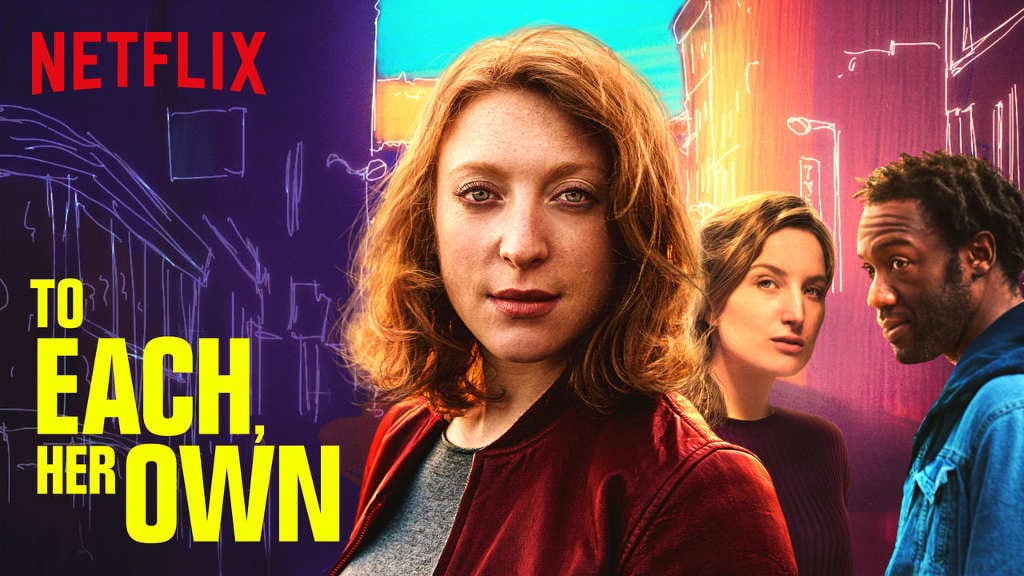 Before the review officially begins, I must offer this advice:

For the love of everything we hold dear, if you watch this film on Netflix, choose the French audio (and then subtitles, unless you speak French). If you don’t, you’ll end up with the American dubbed version by default. Said dub is so bad, it takes To Each, Her Own down several notches in quality before you even get started.

Simone Benloulou (Stern) is a banker with a very complicated juggling act of a life. She has to be a completely different person, depending upon whom she’s with to a nearly Mrs. Doubtfire-like level of complexity, minus the prosthetic makeup. Simone seems to be most authentic in the presence of her “roommate” Claire (Julia Piaton), who is actually her girlfriend of three years. The latter fact is unknown to several key figures in her life, which complicates everything from holiday dinners with family, to everyday conversations. Along comes Wali (Folly), a talented chef from Senegal, who throws Simone’s life into even more turmoil.

The performances are all quite good, here. The actors handle the comedic, dramatic, and comically dramatic situations with equal skill. The only one who is perhaps a bit over the top is Catherine Jacob as Simone’s mother. Then again, her character is written in such a way that she is less a nuanced person, and more a proverbial “Jewish mother” caricature. So, perhaps it is less about Jacob’s performance, and more about the writing or direction.

Jean-Christophe Folly is a stand out as Wali. He has an expressive face that effectively communicates feeling even when he says nothing. Quite frankly, he is too good for this movie. Folly almost seems aware of that at times — or, perhaps the character knows he is too good for most of the garbage humans with whom he interacts.

Also good are the visuals of the movie: lighting, color palettes, angles. It’s all quite pretty to look at. 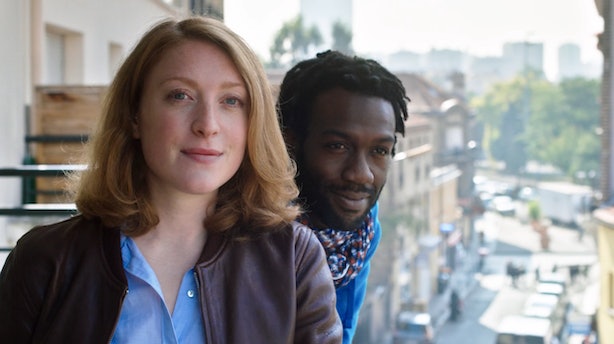 Simone, our main character, is simply unlikable. She is unbelievably selfish, spineless, and irritatingly indecisive. The early scenes have the viewer rooting for Simone, but within the first thirty minutes or so, she’s lost us. One example: she forces her friend and coworker Geraldine (Poidatz) to go on a blind date in her place, which not only requires pretending to be a different person, but a different religion/culture. Geraldine is thrown in to this dinner date, armed only with a minute-long lesson on eating Kosher. All of this farce is required because Simone is too afraid to stand up to her overbearing brother who set her up on a J-Date style website he owns. 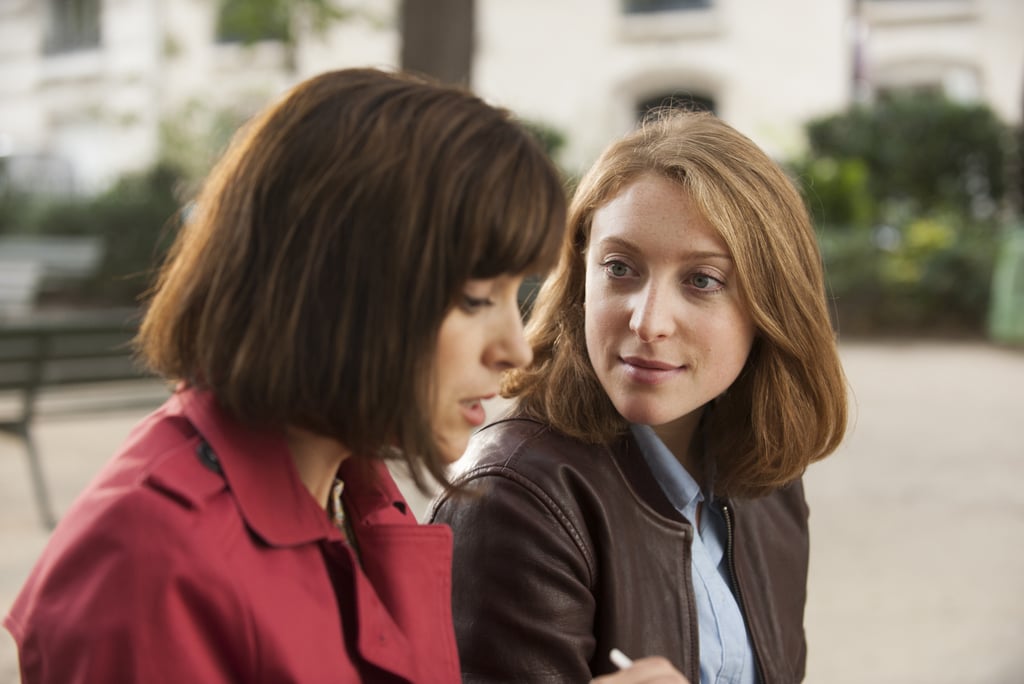 This movie also suffers for its short run time. There is too much time spent lingering on random things — a single bite of food, for instance — and then important plot points are rushed. This is such an odd choice. Some characters are developed, others are sort of set dressing. Simone’s girlfriend Claire, for instance, isn’t given any kind of backstory or motivation. She’s just there, being all pretty and emotional. She’s like an eye candy one-dimensional “girlfriend character” in a rom-com created by an unenlightened male writer and/or director in some bygone era. Only… To Each, Her Own was written and directed by women. In 2018. Oops.

To be fair, there is also a male eye candy type character who gets no development. His name is Eric Taieb (Stéphane Debac): he’s attractive, Jewish, and duped into dating gentile Geraldine… thinking all the while she is a Jewish woman named Simone. That’s about all we get to know about him.

Something else this movie suffers from is trying to cram too many topics into one story. It’s as though a group of after-school special or Public Service Announcement writers scribbled social issues down on slips of paper, threw them into a hat, and created this script with the ones they drew out. There is far too much going on. It’s almost like that Glee episode where they covered homophobic bullying, attempted suicide, and the dangers of texting and driving at the same time.

The most disturbing issue with To Each, Her Own, is the fact that it is presented as an LGBT movie, yet completely misrepresents several aspects of the culture. For instance, not every bisexual/pansexual/questioning person cheats, but that is almost always portrayed in movies. That is an infuriating trope, and it’s a shame to see it continuing in 2018. It is possible (common, in fact) to have a monogamous relationship with a man, and later, a monogamous relationship with a woman. Someone really needs to clue screenwriters in to this fact. 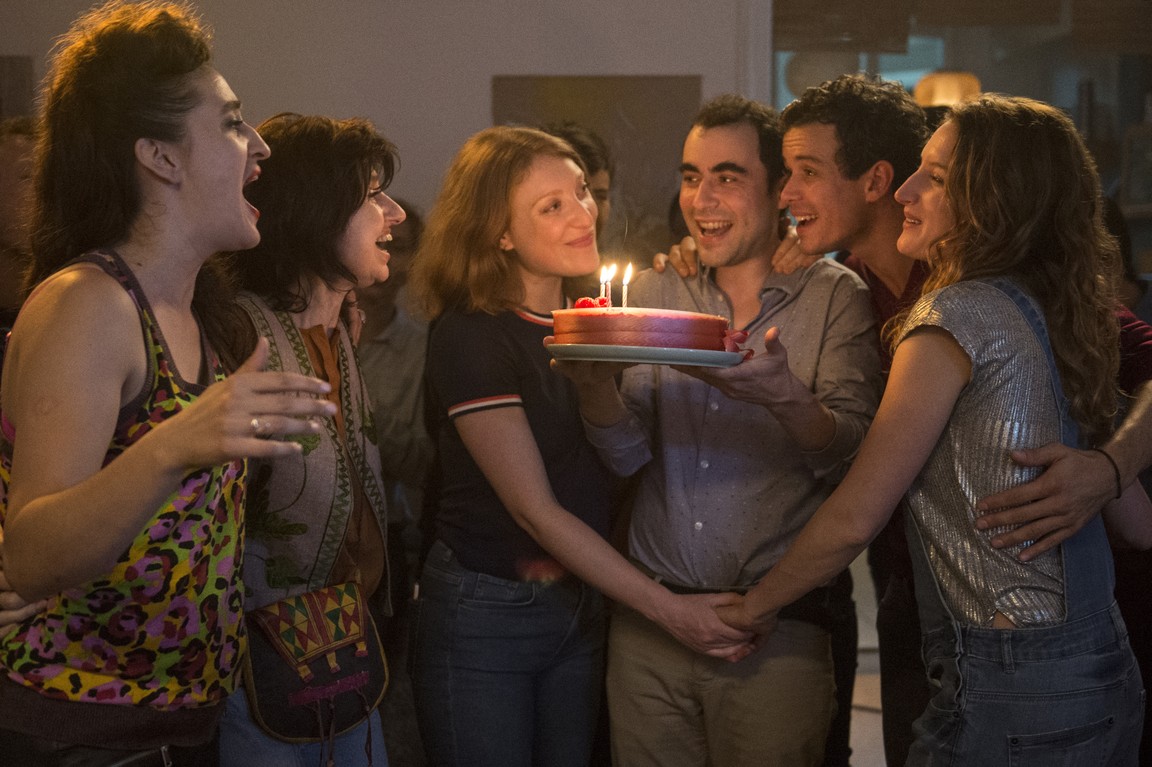 To Each, Her Own… Indeed

This is a very good title, because at the end of the film, that is what the audience is left thinking. To avoid further spoilers, I will just say that the ending is, to paraphrase Midnight in Paris, “very French.” If you are not a part of the culture(s) represented, it may be hard to wrap your head around the conclusion of this movie. You also may find it hard to comprehend, because it happens so abruptly. Conflict, proposed solution, and agreement take place in about 30 second’s time. It’s downright jarring.

The movie had promise in the first few scenes. It was funny, it was charming, and seemed as though it would address many important issues. Then it lost its way, as abruptly as the protagonist did. These topics deserve much better representation than they receive here.

Thanks for reading!  What are your thoughts on To Each, Her Own?  Comment down below!

I agree. I think this is the worst movie I have seen in my life.

It’s so unfortunate. It could have handled all of the same topics in much more respectful and informed ways.