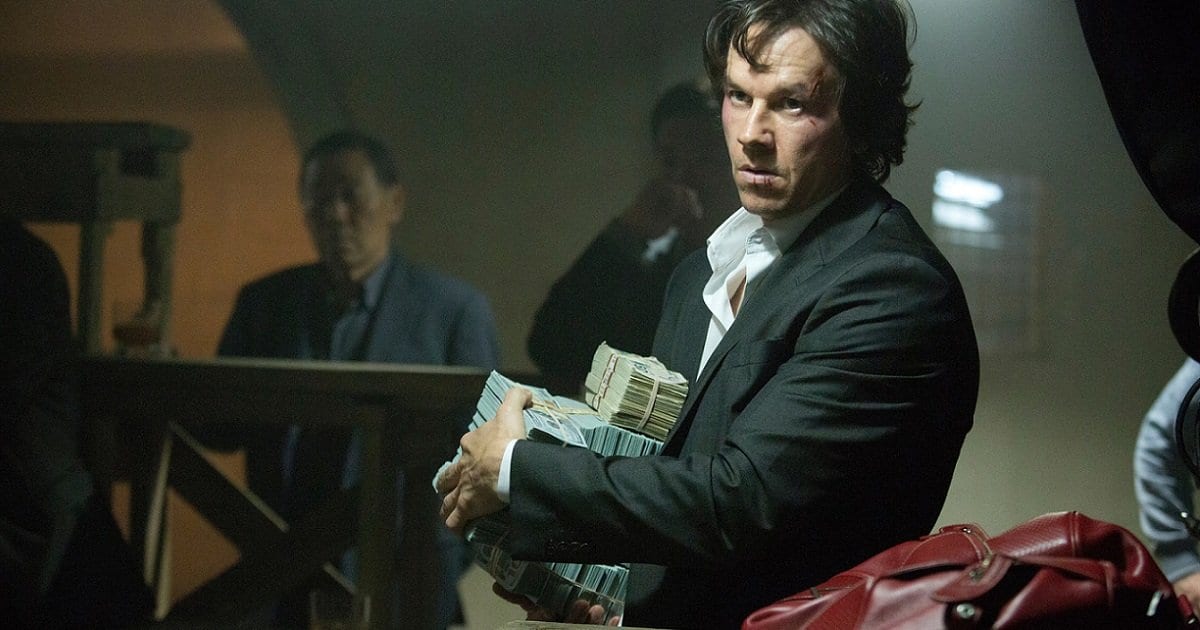 Meanwhile, I feel like I’m living the high life when I get a five-cent raise.

So — are celebrity salaries too excessive?

Let’s do some quick comparisons just to see how much actors and actresses truly earn.

To further put that in perspective, the poverty line for a three-person household (the average American household has 2.58 people) is $20,420, which is just 0.03% of Wahlberg’s salary; Wahlberg makes 3,330 times more than people living at the poverty line.

The average American would have to work 1,152 years to make what Mark Wahlberg does in one year. Doesn’t that sound a little off to you?

On top of that, they’re scheduled for interviews and appearances galore. They’re expected to memorize their lines and be on their A-game everyday, whereas many of us can get away with just showing up to our jobs and doing the bare minimum. If they don’t get it right, they stay until they get it right — they can’t just clock out at closing. They work with difficult personalities and some even do their own stunts, adding to their exhaustion. Some even go through extreme body transformations to better portray their role.

Considering these factors, maybe it’s understandable that they earn such a sizable salary; but is it still too excessive?

Do They Deserve It?

I’m going to bring up an argument that gets pulled every time someone gripes about celebrities getting paid too much, but it’s still a valid argument: why aren’t we paying these kinds of salaries to people who actually save people’s lives?

Why don’t we pay millions to soldiers who risk their lives to protect our country? Police departments are so underfunded that sometimes they can’t afford new bulletproof vests to prevent their own deaths. What about those brave firefighters that leave their families every year and travel to California to fight the new biggest wildfire in history? What about ambulance drivers, paramedics, and EMTs? Don’t they deserve fair compensation for the work they do?

Now, I’m not saying that actors and actresses don’t have important jobs either. After all, they provide our entertainment. They make our lives a little happier and give us a distraction from our problems, which is something I think we all appreciate in our chaotic lives. Sometimes, we even learn something new from the movies we watch. And many actors and actresses are generous philanthropists with their money.

But, putting it in perspective, it seems like there are people who probably deserve it more.

The thing is, there’s not much we can do about this issue unless we raise salaries for the aforementioned workers or we stop watching all media–something that definitely wouldn’t happen. But, we are the ones who provide their paycheck with our consumption.

Of course, I’m not calling for a boycott of Hollywood. Like I mentioned before, they do a lot for this world either through their philanthropy or just by providing us regular people with entertainment.

What I am saying is that we should give a little more notice to those who deserve higher salaries. When you see an off-duty cop, thank him for the job he’s doing; admittedly, there are some bad apples in the police department, but not all of them are like that. If you see some paramedics on a lunch break, shake their hands or offer to pay. When a service member walks down the street, thank them for their service.

Let’s start treating these people as our real heroes instead of our celebrities.

Thanks for reading! What are your thoughts on celebrity salaries? Comment down below!

68 million is a bit aggressive, and I like the fact that you pointed out that they are our main source for entertainment. How many of us watch TV and listen to music to escapes the harsh realities of life. I do! Do I personally think actors and actresses are over paid? Yes, but would I feel differently if the shoe was on the other foot? Would I give away 99% of my salary so I could still make good with 680,000 a year? Probably not. I could certainly afford too but think of how many ways you are able to spend that kind of money. Whether it’s for your self or your family or friends… would you honestly complain that you are being over paid? Nah!

Haha yeah same here. If I made $68 million a year, I wouldn’t be complaining that I got paid too much

How about teachers? Actors definitely don’t need to be paid that much. Or, maybe it’s just a reflection of the value we place on our entertainment.

Teachers too! They definitely deserve way more than they’re getting. And I think the reason actors are paid that much is exactly what you said: we place a higher value on our entertainment than on our children–at least through our money.

Controversial discussion. I feel about this like I do about sports stars: Yes, these figures are obscenely bloated, but they’re successful practitioners of a profession in which tens or hundreds of millions pay a fee to watch (consume) their product. They are self-employed entrepreneurs. If you build a better mousetrap and sell tens of millions of them, you’re going to be rich. Likewise, if you make a major contribution to a successful movie or a dominant sports team, the millions are going to roll in. Who should get it, the backroom fatcats, or the face on the screen or the athlete on the field whose talent makes it all possible? A lot of these people are complete asshats, and it seems very unfair when you see someone like that rolling in cash, but overall, I think the system is fair to those who make it possible.

Yeah, I thin that’s the crux: you gotta put the celebs in their place and don’t raise them to be “heroes” or whatever.

I always think about this from time to time – it’s pretty sad. When I hear of a movie costing 200 million or an actor getting paid half a million per episode or 5 million for a movie, honestly where is that money coming from and does that person really deserve it, especially when there are so many people who work 2 or 3 jobs just to pay rent etc. Entertainment is inspiring and a distraction to the struggles of real life but really that’s it. I don’t think actors should be paid that much, nobody needs that kind of money.