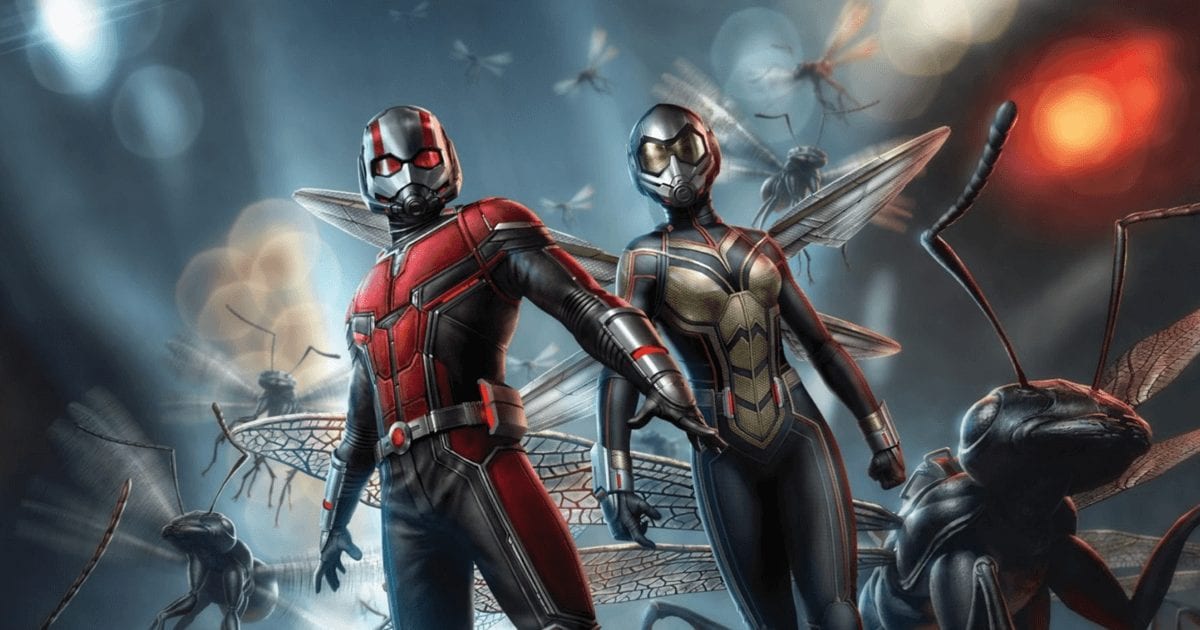 OK, so I’m slightly exaggerating…but let me start this article off by stating that I am a Marvel fanboy. Now that that is out the way, here comes my criticism. I’m sure I’m not surprising anyone when I say that the MCU movies are losing their flare. Don’t get me wrong, Ant-Man and the Wasp was pleasant enough to watch and some of the comedy cracked me up. However, in terms of plot, I found it was a Quantum-bore. “Do you guys just put quantum in front of everything?” – Scott Lang.  Anyway, I’m not here today to review the movie; I’m here to highlight the similarities between Ant-Man and the Wasp and Iron Man 2.

Before I dive into the similarities, I want to highlight a plot-oriented connection between these two movies. There is a scene in Ant-Man and the Wasp involving Dr. Bill Foster (Laurence Fishburne). In this scene, before Scott and Bill start to “compare sizes” they mention Project Goliath. This was the project that Bill Foster and Hank Pym (Michael Douglas) worked on together. Tony Stark (Robert Downey Jr.) referenced this project 8 years ago in Iron Man.

Now, prepare for what could arguably be some straw grasping! 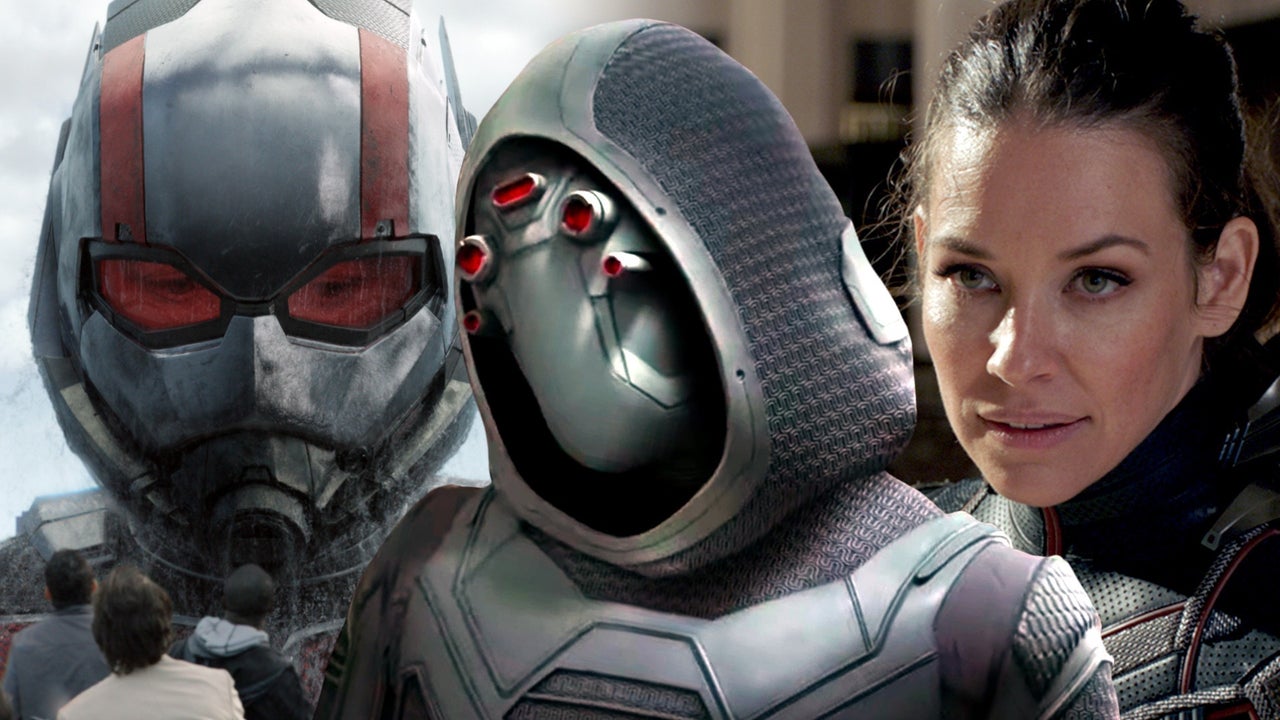 While watching Ant-Man and the Wasp, I couldn’t help but feel like I was re-watching a previous Marvel movie just with different characters. Obviously, most superhero movies follow a fairly similar structure. Most of the characters have parental problems, a tragic backstory, they don’t play well with others, view their power as a burden and they never give up, despite the odds. That’s not to say that the movies aren’t still enjoyable to watch but sometimes the similarities are just a little much.

So let’s take a look at some of the similarities. 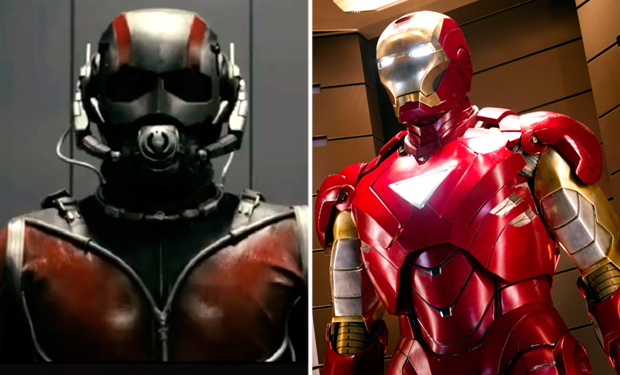 I’m starting off with this one for two reasons: 1) it doesn’t really count because pretty much every superhero tackles a new film with fresh tech or abilities…that’s just how things go. And 2) We see both of these fairly early on in each movie so it seems like a logical place to start. In Iron Man 2, Tony demonstrates his new suit on the Grand Monaco Racing track. This suit, which is disguised as a suitcase, opens up simply by Tony sticking his arms into it. Similarly, Ant-Man and the Wasp shows a new suit for Scott (albeit a faulty one) as well as Hope’s suit which we caught a glimpse of at the end of Ant-Man (2015). I know, there’s nothing hugely surprising about this point…but…

This tech is pretty standard and it is actually the construction of other, more advanced tech that is important here. Both movies involve the development of technology that while appearing new and revolutionary actually has its origins decades earlier. In Ant-Man and the Wasp (which I’m simply going to refer to as AMATW from now on) we learn about the “Quantum Tunnel”. This is a device they plan to use to track down and rescue Janet Van Dyne (Michelle Pfeiffer) who is lost in the Quantum Realm. This technology had been tried and tested by an ex-partner of Hank’s (who we will discuss shortly) but hadn’t been successfully constructed until this movie.

Similarly, Iron Man 2 has Tony Stark discovering (or arguably re-discovering) a new element. His father, Howard Stark (John Slattery) left him the key to this element decades earlier. At the time, Howard lacked the technology to create the element and so left it in the hands of his son. We then get a montage scene of Tony doing “science stuff” in order to create or form this new element. Interestingly, it is the actions of these individuals decades earlier that leads to the events in these movies. So let’s explore that idea!

The Past Comes Back to Haunt You! 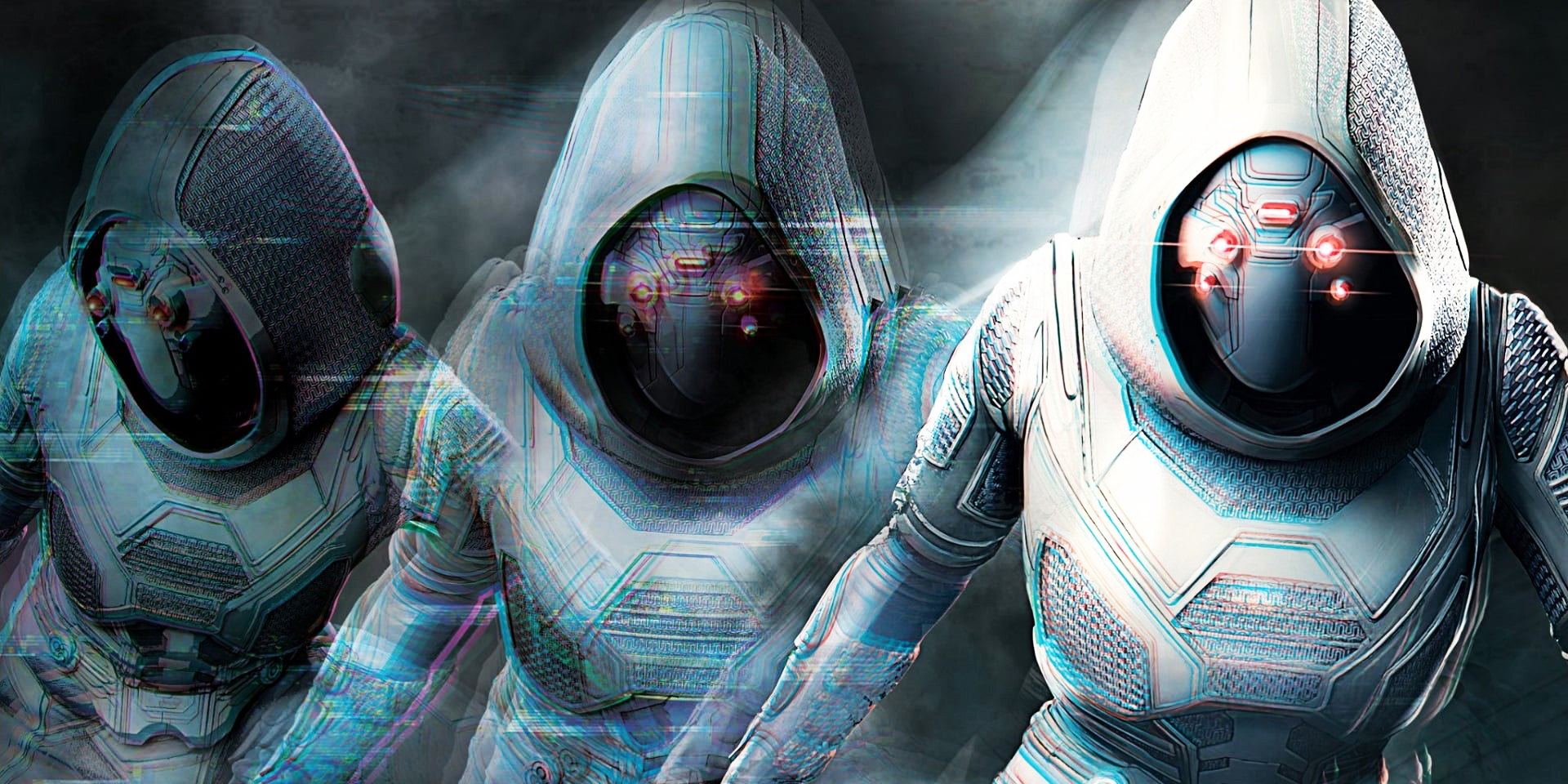 As we delve a little deeper into the similarities, we find that it is the children of past colleagues who play the role of villain in these movies. Iron Man 2 of course sees Ivan Vanko (Mickey Rourke) rise to the challenge of defeating Tony Stark. Ivan claims that Howard Stark stole his father’s work on the arc reactor just before having Anton Vanko fired and deported. As such, Ivan seeks revenge against the man using that technology today: Iron Man.

Similarly, AMATW tells the story of Elihas Starr who was apparently forced out of his partnership with Hank Pym and Bill Foster. This leads Elihas Starr to test his experimental tech in an unsafe environment. Lo and behold, the tech fails and, bippity, boppity, boo, his daughter, Ava, becomes Ghost. She is a state-shifting weapon who is essentially Shield’s version of the Winter Soldier: a dangerous black ops agents who is unstoppable as far as any non-Avenger is concerned. Just as Ivan hunts Tony Stark, Ava hunts Hank Pym…or more accurately, his technology. Although her and Bill Foster (her adoptive father, essentially) do harbor a grudge against Pym.

I think it’s worth noting that the villains in these movies are highly interchangeable. Neither really poses much of a threat to anything other than the heroes of their respective films. For example, Ivan simply wants to kill Tony Stark, it’s literally his only objective. Ava/Ghost just wants to end her own suffering. Sure, this may involve the death of Janet Van Dyne (for no real reason at all other than to fuel the plot) but that’s also her only objective. Neither wants to gather infinity gems, launch Project Insight, rule over Asgard or commit genocide.

I did say I was going to grasp at a few straws…right? Well in both Iron Man 2 and AMATW, the main characters are under some form of house arrest after the betrayal of a partner. In Iron Man 2, Tony is ill due to being poisoned by the arc reactor. This leads to a party and ultimately a drunken fight where he and Rhodey go toe to toe. This scrap ends with Rhodes stealing a suit and Iron Man being placed under house arrest by Nick Fury (Samuel L. Jackson). Tony has to solve his arc reactor problem before Fury will allow him to leave.

Scott Lang finds himself in a similar situation. After stealing the suit and leaving Hope (Evangeline Lilly), he goes off to fight the Avengers with “Cap”. Upon returning, he finds himself with a fashionable little ankle bracelet and strict instructions not to leave (with the threat of 20 years in prison looming over him). Of course prison is a common theme for Scott. In Ant-Man he was just released, in Civil War he was locked up again and now he has a three-year probationary period. This isn’t one of the major similarities between the two movies, as I’m sure you’re aware. 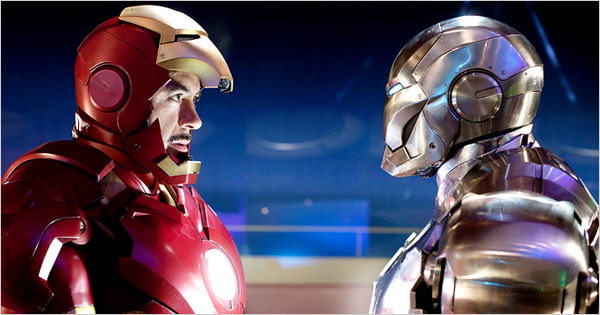 Of course one similarity that can’t be ignored is the need for the main character’s in each movie to partner up. I know, I know, arguably AMATW has two main characters…but it’s basically Ant-Man 2. Regardless, Iron Man 2 shows Stark and Rhodes teaming up in spectacular fashion. After falling out in the previously mentioned fight, the two go back to back in their fight against Ivan and his drones. The pair work together with such finesse that you could mistake them for being two halves of the same brain. There is of course also the relationship between Tony and Pepper which follows a very similar pattern, resulting in romantic kiss on top of a roof with Rhodey spectating.

The exact same story plays out for Scott and Hope. Early into the film the pair are already at odds with one another, falling out even further as it progresses. It takes Scott’s daughter, Cassie, to make him realize that he needs a partner which results in the pair working together, taking it in turns saving each other’s lives (literally). They don’t quite kiss on a rooftop but there is a nice happy ending for the couple with no doubt as to where they stand moving forward…unless you include the post-credits scene which does throw the status of the relationship somewhat into the air. 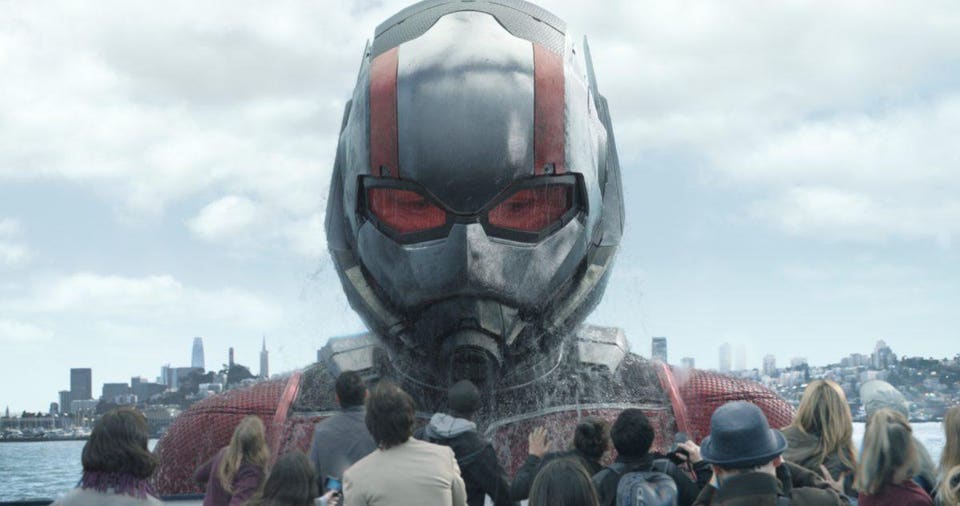 Are the stories exactly the same? No, of course not, but they do share some vitally similar elements. It’s important to keep in mind that I didn’t go searching for these points. Watching AMATW reminded me (every step of the way) of Iron Man 2 and so writing this article just made sense. I think at the very least it highlights the desperation of Marvel to churn out 3 films a year with little to no thought made to many of their villains. I’m sure nobody can really argue that these movies are little more than filler movies, designed solely to plug gaps between the larger, more important stories…right? I love Marvel but I wouldn’t object to them cutting their movies down to two a year if it meant the stories felt more original rather than formulated and stale!

Funny, kind of entertaining, but the plot was a big giant dude. I would watch Iron Man 2 before I watched AMATW again.

You’re right! Damn, I wish I’d thought of that before posting. I completely agree with you though. In Iron-Man 2 we knew who the villain was, it was clear what he wanted, there was the feeling of some sort of threat.
Ant-Man and the Wasp was sort of just like “well here’s this girl and she’s going to steal this thing to make a bigger thing and there’s some mob guys who also want it who are everywhere at all times and Janet has to die for this to work for some reason…and here are some people from the past who have never been mentioned before but are now incredibly important!”
I also found it funny but it’s the sort of comedy that should have accompanied a good movie rather than being the highlight!