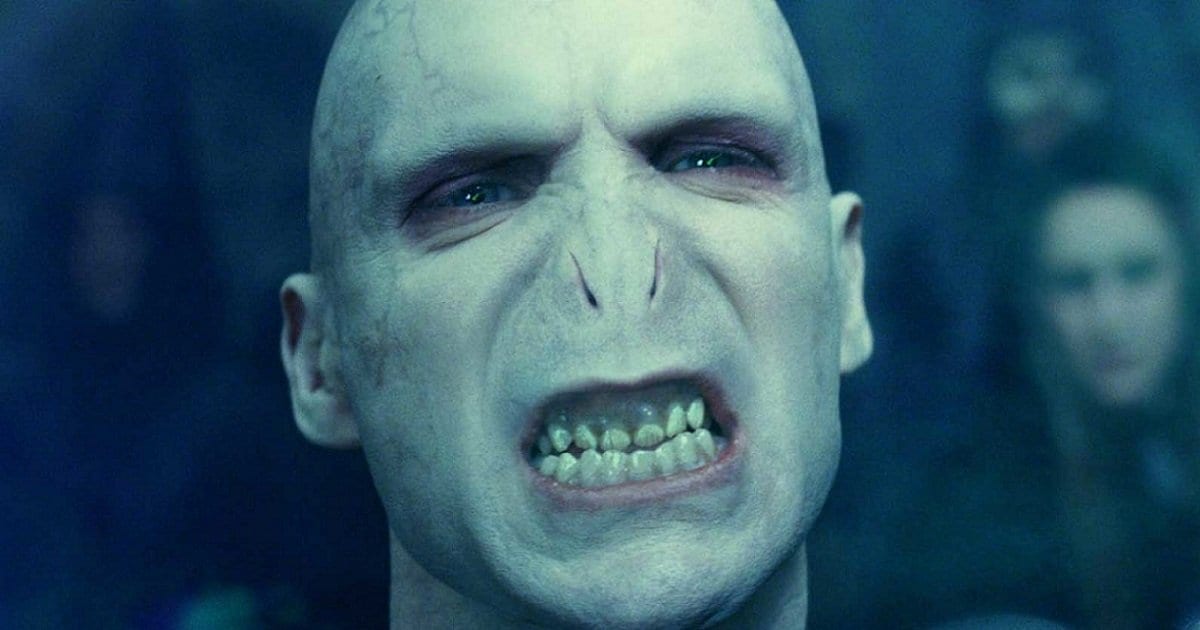 There’s no denying that Harry Potter was an incredibly successful franchise. With many of us growing up either reading the books or watching the films (or both) I’m sure there will always be a place in our hearts for Hogwarts. That being said, how far can one stretch the universe before fans start to feel a little disheartened? Fantastic Beasts and Where to Find Them was originally promised not to be a prequel to Harry Potter…but with another 4 movies on the way and Dumbledore already appearing in the 2nd one, it sure seems like it’s becoming a prequel series.

The problem is that the universe is still aimed at children while trying to tackle larger issues and what the creators have to realize is that most of the people who grew up reading/watching Harry Potter are in fact adults now. Fantastic Beasts plays with the idea that wizards and witches were recently hunted down and are in fact still targeted by certain groups. Yet the movies fall into the trap of having a clumsy and nervous main character who saves the day at every turn through one ex machina or another.

Don’t get me wrong, I think that Jude Law as Dumbledore will most likely be excellent…but one thing that the Harry Potter universe needs (and in fact what every film universe needs) isn’t another story about heroes…but rather one about villains. And I don’t mean one like Suicide Squad where the villains become the heroes. It doesn’t matter whether you’re talking Marvel, DC, Harry Potter, Lord of the Rings or Star Wars. Every great movie series needs a great villain. Voldemort may have been powerful and he may have appeared evil (and certainly everyone talked about how evil he was) yet all we really see in the movies is a man desperate for power and survival. So even though it will NEVER happen, what we really need is a Voldemort origin story aimed at adult audiences.

It’s important to note that there is currently a Voldemort movie (Voldemort: Origins of the Heir). However, this low-budget, unofficial prequel does not do Voldemort, Harry Potter, or the wizarding world in general any justice. Terrible acting, poor special effects and a story line that doesn’t stick to the books ultimately adds up to absolute shambles. So for the purposes of this article, I’m going to simply pretend that this movie doesn’t exist.

The Origins of the Villain

Every great villain has a dark backstory that leads them to become evil. Loki was adopted and grew up in the shadow of the favorite child. Ra’s al Ghul sought to hit the reset button on doomed societies. Darth Vader suffered severe pain, betrayal and manipulation. The Joker…well, that’s up for debate. When it comes to Harry Potter, the most tragic backstory is arguably not Harry’s…but his rival. Voldemort may have become pure evil and his actions draw parallels to that of Hitler. Yet Voldemort’s backstory (which is almost entirely ignored in the movies) actually humanizes the Dark Lord. This in turn creates a MUCH more interesting villain.

It seems that most villains have one thing in common: parental issues. Darth Vader, Norman Bates, Talia al Ghul, Loki, Hannibal…Voldemort is no exception. In the movies, we simply get a tiny glimpse into the fact that Voldemort was in an orphanage when Dumbledore found him. In fact, his backstory is far more tragic.

The Dark Lord was arguably born evil but not simply by chance. His mother, Merope Gaunt, was a witch and along with her father and brother were the last remaining heirs of Salazar Slytherin. Merope was mentally and physical abused to the point of being unable to carry out magic. After falling in love with Tom Riddle (non-reciprocated love) she decided to brew a love potion, forcing Tom to fall in love with her. Out of this fabricated and artificial love, Tom Riddle Jr. was born, and a child born through a love potion can feel no love themselves. Combine this with Tom Riddle Senior abandoning his wife, the birth of Tom Riddle Jr was the final straw and led to her dying of natural causes out of sheer lack of will to try to heal herself with magic.

The stage is already set in terms of the creation of an excellent villain. You can already see how Voldemort and Harry are extremely similar yet incredibly different: Harry’s mother loved him to the point of sacrificing her life to try to save him. Voldemort’s died simply out of contempt and disinterest in raising him. As such, the young Tom Riddle grew up in an orphanage, unaware of magic and the wizarding world. His displays of magical abilities (similar to Harry) led to him feeling isolated and alone. However, where Harry battled bullies, Tom became one. He would collect trophies of those he had “beaten”. We get a tiny glimpse of this in the movies.

Tom, even from a young age, displays two things in abundance: magical talent and psychopathic traits. His lack of empathy and artificial charm compare only to his ability to pick up magic. Upon arriving at Hogwarts, Tom became a favorite among the staff. The books describe him as being good-looking, witty and charming. During his time at Hogwarts, Tom discovers that his father was a muggle. He also learns that his mother could have saved herself with magic.

Voldemort’s motivations become crystal clear: Escape death. He comments on the fact that his mother’s death had been due to her own weaknesses. In fact, the name “Voldemort” actually means “Flight from Death”. Being half-blood was something he despised about himself but would also not stand in his way. This loathing leads him to viewing all half-bloods, mud-bloods and muggles as filth. This becomes evident by his reign of terror upon the world. Tom would even go on to murder his father, grandfather and grandmother in their own home (the Riddle mansion). 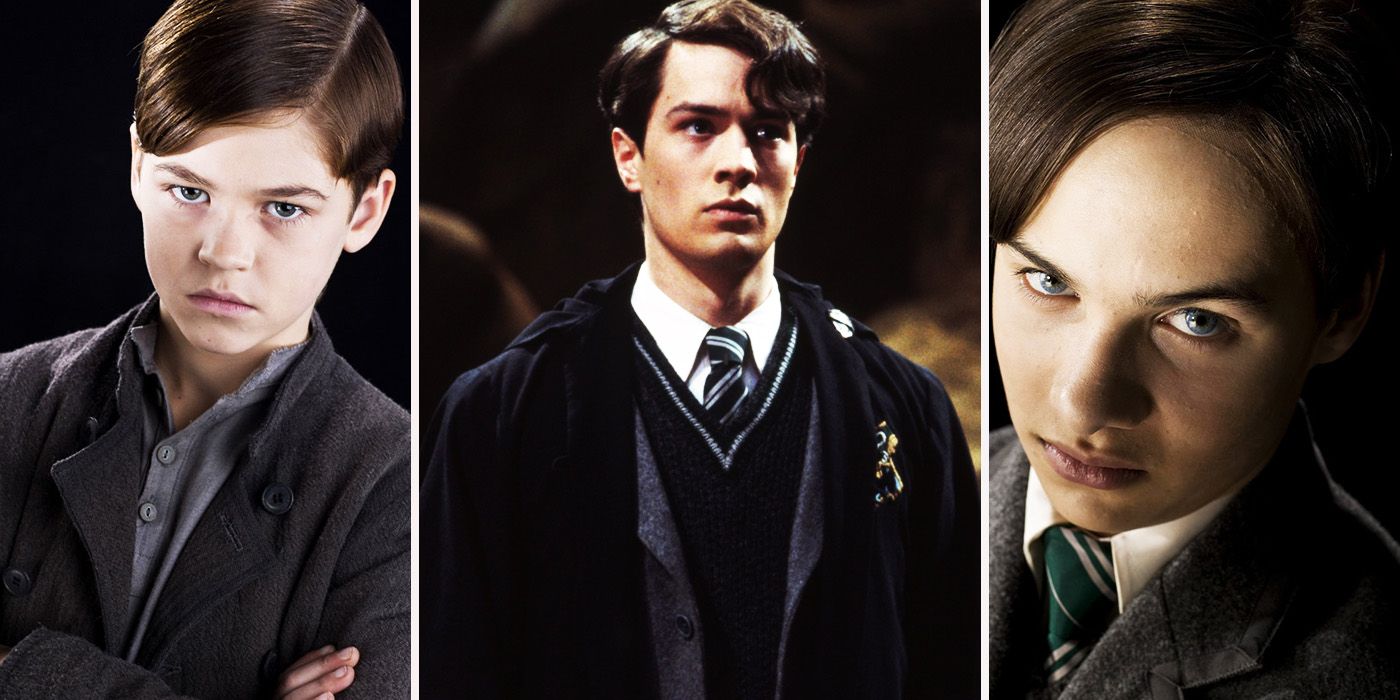 Such a film would have plenty of content to work with and perhaps many would view it as unnecessary. I mean, we do know where the story ends up. What I view as more unnecessary is five movies exploring “Fantastic Beasts”. After all, we also know where these films will end up. Grindelwald has the Elder Wand, he’ll fight Dumbledore, Dumbledore’s sister will die but ultimately Grindelwald will be defeated and Albus will get the wand: The issue being that now they’re going to try and squash all these other irrelevant characters into this already known event.

Very few movies focus on the villain.  Some of you may be thinking Suicide Squad…but they weren’t really villains, they were closer to anti-heroes than villains. No…we need a REAL villain to star in their own movie and given the extensive backstory Voldemort possesses, I think he would be the perfect choice. Think about everything the movie could include: The talent of a young Voldemort, releasing the Basilisk from the Chamber of Secrets, the building of his army, the murder of the muggle side of his family, the creation of the horcruxes, the discovery of the prophecy, the retaliation of Dumbledore’s Army, the murder of the Potter’s…

The movie could end there. After all, we know what happens from that point onward, right? I disagree. If it were up to me, I’d show what happened to Voldemort AFTER failing to murder Harry Potter. Having divided his soul, Voldemort was alive (but barely). Apparently, he was able to attach his soul to animals in woods in Albania before eventually stumbling across Professor Quirrel. The attachment of Voldemort to Quirrel would be how I’d end the film.

Why it Will NEVER Happen!

The main problem is of course the rating. It’s unlikely that any Harry Potter film wouldn’t be for a child audience. While the later movies may have been a little “darker” in tone, they were still kids movies at the end of the day. It’s pretty difficult to truly delve into the dark and disturbing history of Tom Riddle without being able to show the violence, cruelty and misery that he faced. Not to mention that actually showing an evil character succeeding in his quest to wipe out those of “impure” individuals probably wouldn’t play well with most audiences. Even with the knowledge that Harry Potter lives and ultimately defeats the Dark Lord, I think it would be a bit much for some.

For me, I would much rather see a new type of movie, one that we’ve never really explored in-depth before without attaching the “anti-hero” label or persona to a character. I’d love to see a movie where the villain wins but since that’s unlikely to happen, I’d settle for a movie where the villain is the main character and we get to see a successful rise to power, all be it for a short period of time.

Thank you for reading! Would you like to see a dark Voldemort origin movie? Comment down below!

[…] Death Eaters burn down the Weasley home (see what happens when you play with fire, Harry?). […]

Many many great points about storytelling in general. We separate people into the good guys and the bad guys, and never the two shall meet so to speak. If you’re also a reader, Hilari Bells Farsala Trilogy takes a stab at this, with characters on both sides having strengths and faults and good and bad all mixed in.

Voldemort is definitely one of my favorite movie villains !!! Great post !

Haha! A Voldemort origins series would be so cool!

Excellent article! You made such great points.