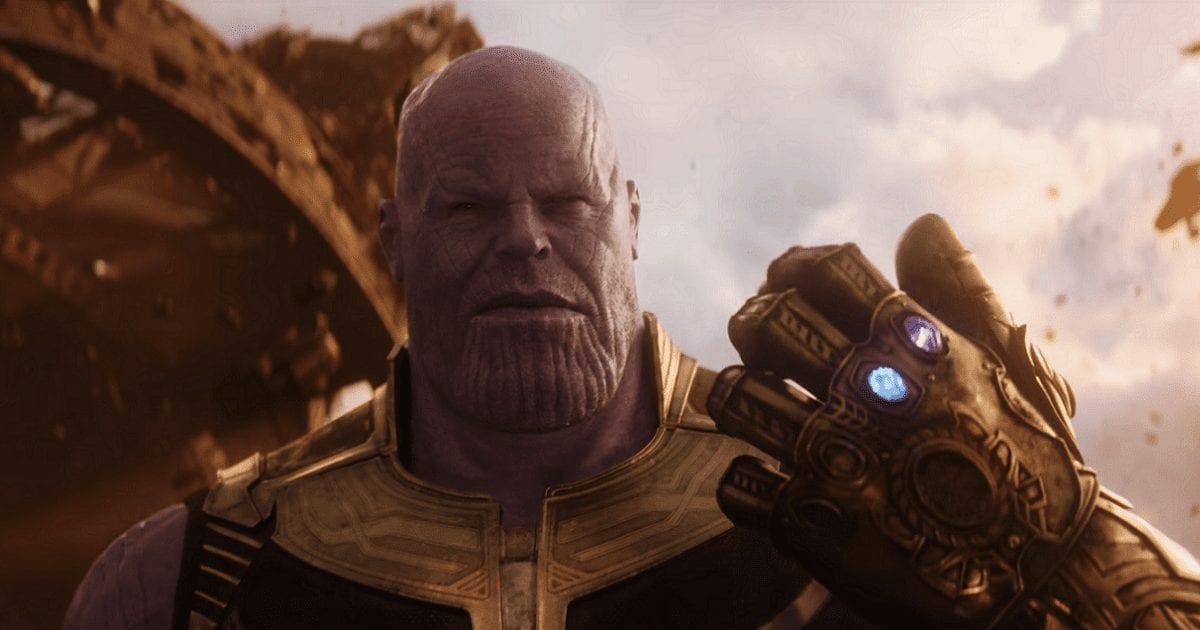 Avengers: Infinity War is finally out and already breaking numerous box office records. If you haven’t seen it by now, chances are you’re unfamiliar with the Marvel Cinematic Universe. This article is directed to those people. Don’t worry, this is a shame-free zone. No one should feel guilty about not having seen some of the Marvel movies.

I should stress that I would recommend watching ALL 18 movies before Infinity War to get the best experience. But, these are just the most important ones in case you are on a time/money budget. They are marked based on importance to understanding Infinity War as either Low, Medium, or Critical.

There will not be explicit spoilers in this article, but it will say which movies are the most important to Infinity War. So, if that can hint at spoilers to you, do not read this.

The MCU started with Robert Downey Jr.’s entrance into the universe as Iron Man. This movie serves as a great introduction to the character of Tony Stark. It doesn’t impact Infinity War directly, but if you really want to understand Tony as a character and see where he has come from in life, this is where you should start. It’s the movie that set the status quo of the MCU at the time, and it’s just a great movie overall.

Captain America: The First Avenger is one of the most underrated MCU movies. It was a fitting way to introduce Captain America to audiences to put him in the World War II setting. He’s set up as a stereotypical “Boy Scout” who just wants to do the right thing and serve his country. They stick with that throughout the entire story, and this brings an uplifting feel to the movie. It’s one of the most enjoyable Marvel movies, even though it might be one of the cheesiest ones.

This movie is fairly important to understanding Infinity War. Like Iron Man, it’s a great introduction to the character, and it also sets up the first Infinity Stone, the Tesseract. It’s also worth noting that it’s the first time we see Bucky in this universe. There are certain characters in this movie that come into play up later like Peggy Carter that make the movie worth watching as well. If you want to understand the relationship between Steve and Bucky and watch a good superhero origin story at the same time, you should add Captain America The First Avenger to your watchlist.

The Avengers is the first time audiences saw all of the Marvel superheroes in the same movie, and it worked spectacularly. It’s one of the most universally loved comic book movies of all time and used to be the highest grossing one as well. This movie gives an overview of all the characters introduced at this time. You get a great villain with Loki and a look at the true power of the Tesseract. This movie is very important to watch because you get to understand all of the characters in one movie. It also features an event that will have a ripple effect throughout the rest of the movies. Joss Whedon established many relationships between characters that will develop over time. On top of all that, it’s just a fantastic movie that set a new standard for comic book movies. Everybody should see it regardless of Infinity War.

Don’t go into Thor: The Dark World expecting much because it is not a good movie. However, There is a lot that happens in the movie that is important to understand for later movies. Loki is the best part of the movie, and some of his actions later impact Thor: Ragnarok. It’s also the first time we see the Reality Stone, the second Infinity Stone so far. This movie will give you a better understanding of Thor and Loki’s relationship, but it is skippable.

Captain America: The Winter Soldier is MovieBabble’s number one MCU movie of all-time, and it is on this list mainly because it is a phenomenal movie. It’s a political thriller set in a comic book universe and the Russo brothers mixed the two genres seamlessly. They do a great job of evolving the character of Steve Rogers and establishing a new status quo for him for the future. The most important aspect of the movie is the introduction of the Winter Soldier who is in future Marvel movies. This one should be on your list because it is definitively one of the best comic book movies of all-time.

Guardians of the Galaxy shouldn’t have worked as it was based on their own unpopular comic book from the 90’s. Turns out Marvel can adapt even the most obscure comics because Guardians of the Galaxy is one of the most fun and unique Marvel movies ever made. The reason it’s critical is that this is the team’s first appearance, and they play a major part in Infinity War. The movie also features, you guessed it, an Infinity Stone. If you want to get to know the Guardians, which you should, this is the movie to watch. Avengers: Age of Ultron is a worthy successor The Avengers, and it further explores the Avengers to establish plot points that will be picked up later. The movie does a great job of building on the characters and growing the bonds between them that were first shown in the first movie. Age of Ultron features an event that is one of the main influences for Captain America: Civil War, and it introduces two characters that are major players in Avengers: Infinity War, Scarlet Witch and Vision. This is a must-see if you want to understand the MCU.

Captain America: Civil War is arguably the most crucial movie to watch because it is where we left off with the majority of the Avengers. The movie is incredible and one of the best in the MCU, which is reason enough to watch it. Aside from that, it sets up a conflict within the Avengers that plays a major role in Infinity War. Another reason to watch this one is that two important characters are set up, Black Panther and Spider-Man. Captain America: Civil War is one of the best comic book movies of all-time, and it should be on everyone’s list to check out before Infinity War.

Doctor Strange adds a new level to the MCU: magic. Doctor Strange is one of the main characters of Infinity War and being familiar with him and his world adds more enjoyment to the movie. It’s on the lower side of critical, but I would still completely recommend checking this one out before Infinity War. It’s a solid origin story that expands the universe and gives us a new character to look forward to seeing in the future.

After Sony’s five attempts to adapt the character on the big screen, Spider-Man finally got his own movie in the MCU in Spider-Man: Homecoming. Tom Holland does a great job of capturing the essence of teenage Peter Parker. The movie focuses on his struggle of balancing his lives as Spider-Man and as a high schooler. This is what Spider-Man fans have been waiting for. We got two great movies from Sam Raimi, but this movie is the best representation of Spider-Man yet. This movie isn’t completely necessary, they don’t reference the events in it at all. However, it’s a further exploration of Spider-Man, and you might be more attached to him if you watch it.

Thor: Ragnarok is one of the most colorful and different Marvel movies. Taika Waititi brought his unique sense of humor into the universe, and Thor fit in it perfectly. It’s a hilarious take on the character that is one of Marvel’s strongest solo movies. Infinity War has some fairly direct references to Ragnarok, so this one is necessary to see. It gives you an understanding of where Thor is in life and shows you the type of humor he will be using from now on.

I don’t think I have to explain Black Panther unless you’ve been living under a rock for the past 3 months. Needless to say, it is a phenomenal movie. The world of Wakanda is one of the most interesting places in the MCU. The cast is amazing overall and revolutionary in terms of diversity in film. Although a large part of the movie is set in Wakanda, they don’t call back to specific events of the movie. With that being said, please still watch it because it’s one of the best movies in the MCU and one of the most important movies of all-time. 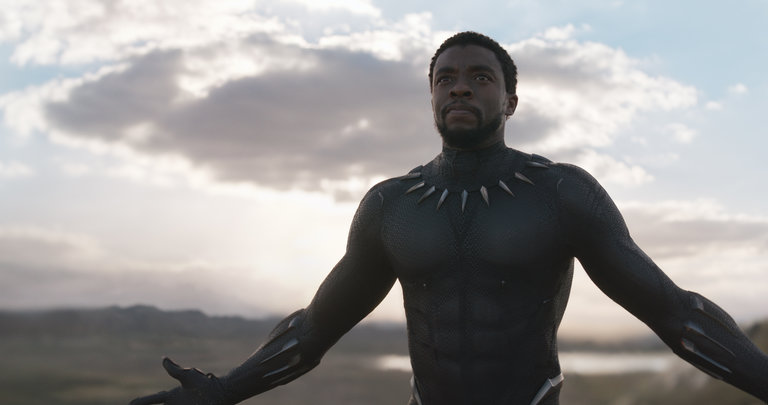 Thanks for reading!  Do you have any questions about which movies to watch?  Comment down below! I’ll answer them!

My favorite MCU movie is The Winter Soldier but slowly it’s becoming Ragnarok. I love how it’s so unique from the rest of the MCU

Ragnarok is crazy in all the right ways! Also, the funniest movie in the MCU. Taika Waititi definitely put his footprint into the MCU well.

I’ve seen all here except the Thor films and Black Panther.

I would recommend watching at least Thor: Ragnarok and Black Panther! Thor: The Dark World is skippable lol