Every Shrek Movie Ranked from Worst to Best 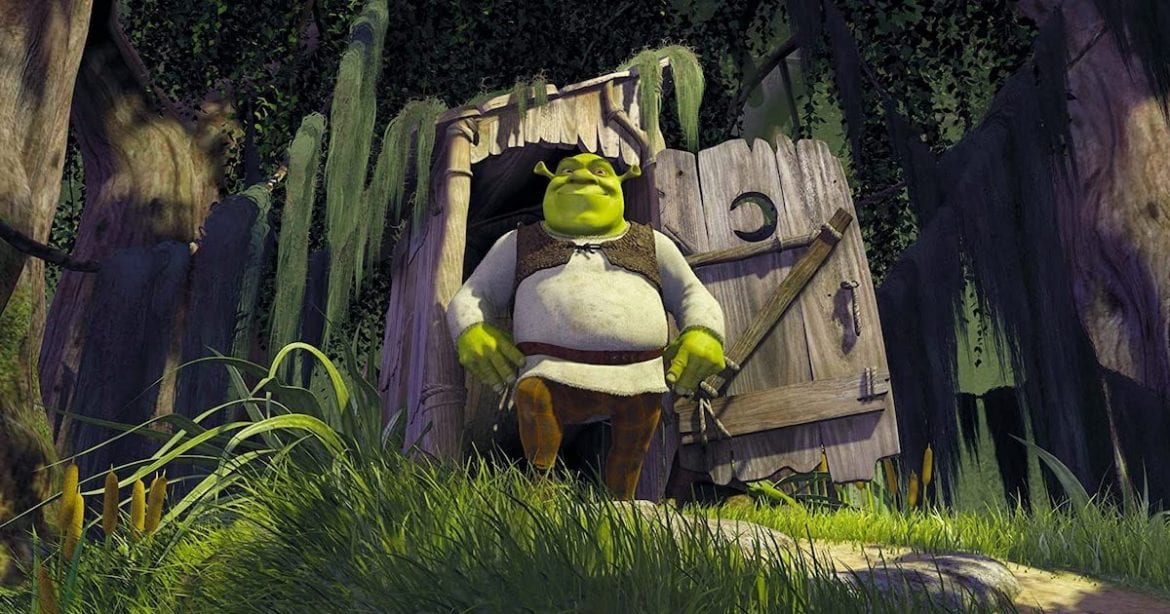 Surprisingly (or not), the Shrek films have been some of the most requested topics for MovieBabble to cover. While the franchise was popular during its heyday in the mid-2000s, Shrek has since regained popularity on the weird part of the internet with a litany of memes and videos. If you aren’t aware of this phenomenon, quickly search “Shrek is love”, and you’ll soon understand. Or, you’ll be confused for different reasons. But before you do that, let’s see how each film stacks up to each other.

Like the other films that preceded it, there are a ton of witty pop culture references in Shrek the Third. But that’s all it has. What’s missing is the heart that made the original and its sequel so charming. That and doing the same shtick for the third movie in a row gets very tiring.

The film continues with the same themes behind it as the previous two films, and that’s exactly the problem. Rather than being a subversive animated movie that speaks to both adults and children like the previous installments, Shrek the Third is largely hollow and void of charm. This film is the marker for the beginning of the end of the Shrek franchise. That’s not to say there isn’t some enjoyment as the spoof of many fairy tales continues, but this film pales in comparison to Shrek and Shrek 2. It effectively recycles each aspect you liked about this strange franchise up until this point. If I’m being honest, I needed to take a moment and refresh myself on the plot of this movie before sitting down to write this piece.

Unlike the third installment, Shrek Forever After attempts to move away from the template set by the initial trilogy of the franchise and deliver a different film.

But does it succeed? The answer is a fairly half-hearted shrug.

With the ability to turn back time and space, Rumpelstiltskin is a fun trickster character added to the mix, but the contents of the film after he turns back time once again rehash the memorable moments of the franchise. Bizarrely, for a franchise that appeared to have an endless trove of humorous riffs on fairy tale lore, the Shrek movies seemed to run out of inventive ideas quickly. An idea that is supported by the fact that Shrek Forever After was still insanely profitable at the box office ($752 million worldwide against a $165 million budget), but Dreamworks and Paramount decided not to continue forward for a fifth film and shift towards spin-offs with 2011’s Puss in Boots.

Shrek Forever After arguably contains the best animation work of the franchise, but the film feels like it’s spinning its wheels for 90+ minutes.

The film that started it all, the original Shrek covers familiar ground from a theme perspective by being an animated representation of “don’t judge a book by its cover.” But the idea being wrapped into a hilarious roasting of fairy tale tropes is what made Shrek so popular upon its release. Even though it’s a 2000s film, Shrek unquestionably belongs to the 90s deconstructionist viewpoint. However, unlike many of those films that heavily critiqued and chastised their influences, Shrek has an obvious reverence for its material. It’s a big reason why Shrek as a property is so endearing.

The obvious standouts of the film come from the voice talent involved. Mike Myers is perfect as the title character, even if he is just doing his Fat Bastard voice again. (I’m a simple man, his goofy voices make me laugh.) Every subsequent time I watch this film makes me miss Mike Myers more and more.

Mike, we know you were hurt after everyone hated The Love Guru, but please come back to us in a big way soon. We all miss you.

The interplay between the cast members is great, so much so that it effectively changed how studios cast animated movies. Although movies like Toy Story came before it, Shrek effectively popularized getting as much A-list talent as possible for voice acting roles.

As another note, Shrek was paramount to the popularity of Smash Mouth’s “I’m a Believer.” I can’t decide whether this is a net positive or negative, but it definitely aided in Shrek being a meme sensation.

Where the third and fourth films failed in reinventing the franchise, Shrek 2 did just about everything correctly. It deepens almost every aspect of the first film; each character grows while the world simultaneously expands around them as they journey to Far Far Away.

The new additions to the core cast work flawlessly. Any movie that adds both Julie Andrews and John Cleese gets two thumbs up from me. But the best addition is Antonio Banderas as Puss in Boots. Not only is he perfectly cast, using his iconic voice to full effect, but those big, doughy eyes on Puss are also absolutely hilarious. (I can neither confirm nor deny that I ran around the house as a child yelling “PUSS!… in Boots!”) The one-two combo of Prince Charming and Fairy Godmother makes for the best villains of the franchise too.

And although I’ve grown weary of incessant pop culture references in films, Shrek 2 has some pretty great ones. The opening homage to The Little Mermaid is great stuff, and a ring ceremony that resembles Lord of the Rings right on the heels of Return of the King releasing in 2003 and winning Best Picture just a few months before Shrek 2‘s release is a stroke of genius.

Dare I say, Shrek 2 is magical. Even better, this movie brought us the genius that is human Shrek, which is unequivocally the best strain of Shrek memes.

Thank you for reading! How would you rank the Shrek movies? Comment down below!

Okay, now this is epic.

Loved the first 2 but on the 3rd was boring , it should of been prince charming finding a way to bring back his mother . Or not kill him on part 3 and make it a 4th that he brings his mother back for revenge. The 4th Shrek was ok but the story partly sucked. It should of been charming brings his mom back and she finds a spell that turns back time so charming is there as Shrek arrives to rescue Fiona , saves her but then Shrek has to find a way to succeed. It’s like a back to the future thing so that’s when rumplestilskin arrives and gives Shrek a deal ( FYI he’s the one gave charming a way to bring godmother back and if charming failed which he didn’t) . But shrek takes the deal cuz he wanted Fionna back and kids my opinion 3 was so so manymfunny parts and 4th not funny , I think kids didn’t like it either . My nephews and nieces didn’t like they said put 1 or 2

I hear ya! My favorites are definitely 1 and 2. After that, I really don’t plan on revisiting 3 and 4 very much

Thanks for letting me know there is a Shrek 4 and not to bother to buy it. I agree with your comments and ratings of Shrek 1 – 3. I do watch 1 & 2 at least once a year just for the fun of it.

They’re just too great! Plus Shrek is on Netflix now so it’s going through a little revival.

I have to rewatch all four movies right now brb

Great post – this is exactly my ranking as well! I never get tired of watching Shrek 2.

It’s too great to not enjoy!

Completely disagree. The first film was original. The second was good, but derivative. Third one sucked, and I haven’t and won’t see the fourth.

Thanks for your thoughts!

No worries. I like the fact that our opinions differ. It always interesting to try to understand a point of view that challenges your own.

I agree that Shrek 2 is better. Love the first but the second is great, which is really rare for a sequel!

surprised to see one of the sequels atop the list! for me, the first one remains head and shoulders above the rest. great post!

Thanks so much! I think most people waver back and forth between the first and second being their favorite!

It’s been a while since I’ve seen any Shrek film. However, I did view Shrek 4-D over at Universal Studios in Orlando, Florida (twice) and as it somewhat serves as Shrek 1.5, it’s entertaining for what it is.

Also, there’s no mention of Puss In Boots’ spin-off film here. If you were to rank that entry, where would you put it?

Hmm…maybe right in the middle? It’s not entirely memorable but it’s fun for what it is

Yes yes yes! 2 has always been my fave :) Most interesting thing Rupert Everett had done at the time. And Jen Saunders (who I love) singing I need a Hero….just love it…. not to mention Antonio Banderas and Julie Andrews!! <3

The entire movie is cast so perfectly! It makes for a great experience!

By far the best review you’ve ever written. Only a true master can see that Shrek 2 is superior to all other Shrek films. Bravo! I say! Bravo!

I still prefer the first to the second, but I know a lot of people agree with you on this. Otherwise, agree with the rankings!

I actually really enjoyed the fourth, which was surprising since the third was such a turd. ? Almost didn’t watch it, glad I did.

I might have to revisit the fourth one, it’s been awhile since I’ve seen it!