‘Filth’ is a Twisted Film that Deserves More Attention 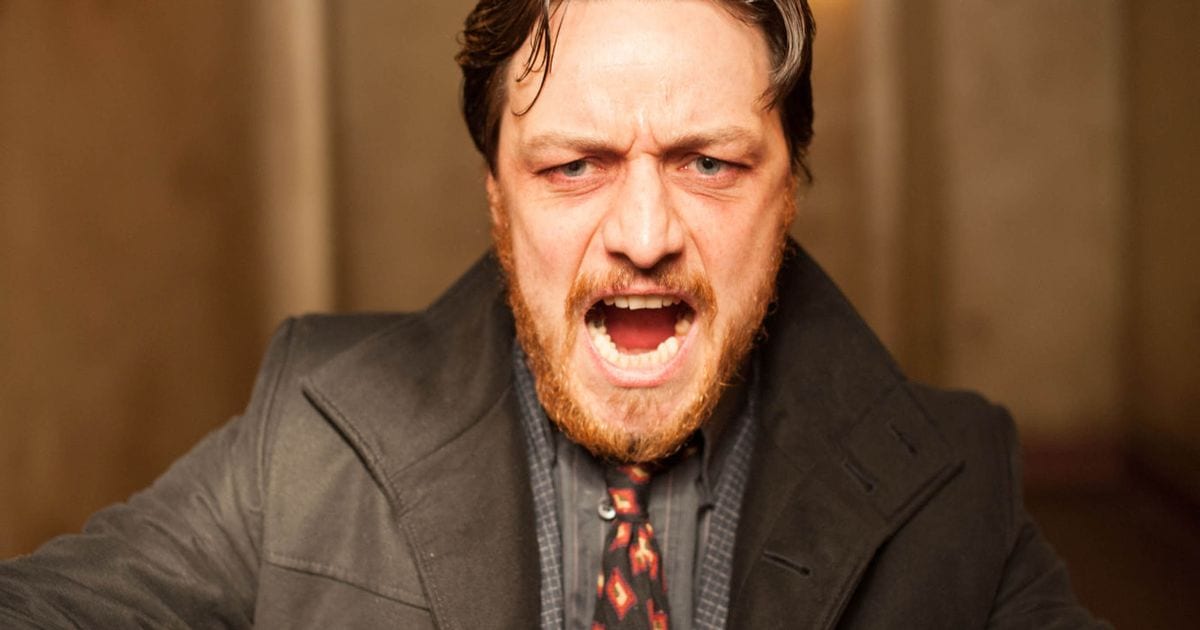 Filth was released way back in 2013 but after completing my article on the top 10 James McAvoy performances, I decided to re-watch it. If you’ve read any of my posts before, you’ll know I have a soft spot for Scottish movies and actors.

Filth isn’t a movie for the faint of heart, and most definitely isn’t something you’d watch with children. But if you’re in the mood for something dark, disturbing and twisted with random moments of comedy, then this might be the movie for you.

Filth follows Detective Sergeant Bruce Robertson (McAvoy), a drug-abusing, manipulative, and corrupt misanthrope who will stop at nothing to receive the promotion he believes will win his wife back. While trying to solve the murder of a Japanese student in Edinburgh, Scotland, his despicable antics create pain, suffering and chaos to the lives of all those around him. Filth takes you on a journey into the deep recesses of the mind of Bruce Robertson. Not your average Edinburgh policeman (I hope) but rather someone with trauma, darkness, and destructive secrets hidden underneath the surface. 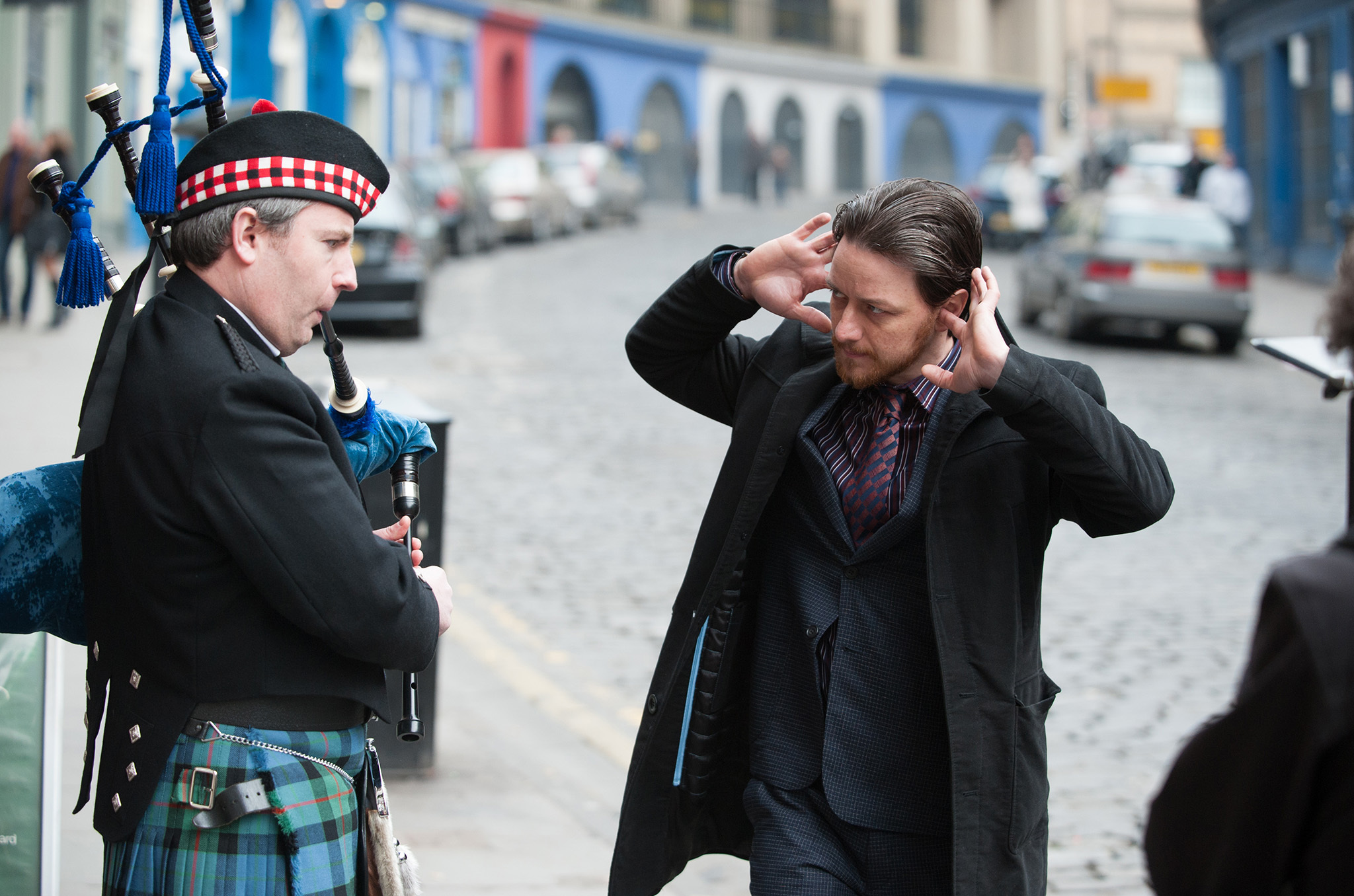 It seems that there are very few Scottish movies that one might consider cheerful. Braveheart, Outlaw King, Trainspotting (and its sequel), Burke and Hare…even Brave is a relatively dark movie (as far as Pixar goes). You may or may not be relieved to hear that Filth doesn’t break that rule. This is a movie that truly allows James McAvoy to spread his wings. You can see why he would be a great fit for Split and Glass after watching his performance in Filth. James McAvoy is accompanied by a long list of home-grown Brits such as Jamie Bell, Eddie Marsan, Imogen Poots, Iain De Caestecker, and Jim Broadbent. However, this is not a movie for the faint of heart!

Filth is based on the novel by the same name, written by Irvine Welsh. This is the same man who wrote the infamous Trainspotting. Filth and Trainspotting share a lot of the same qualities. They are both based in Edinburgh, Scotland. They combine dark and twisted ideas with equally dark and twisted comedy. And by the end of the movies, you’re a little unsure as to how to feel. Should you feel happy, sad, confused, violated, or a combination of them all? If you’ve seen Trainspotting, then I would say this: it ends on a happier note than Filth! 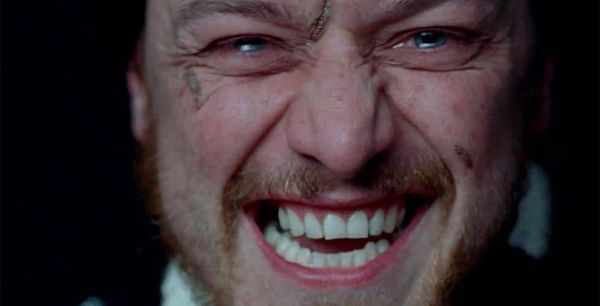 It’s hard to summarize a movie such as this. Even as I sit here, having only watched the movie (for the 3rd time) mere moments ago, I struggle to find the right words. It’s like trying to paint a beautiful and vibrant landscape when you’ve only got yellow and brown as colors. Perhaps you could describe this movie as a man’s battle with guilt, drug abuse, and repressed emotions as he tries desperately to keep his wife close to him, losing himself along the way. While it is true that you follow Bruce Robertson down into the depths of the human psyche, it’s important to realize that he isn’t a good man. From the moment the movie starts until the moment the credits roll, the audience is watching a despicable man as he carries out entirely immoral acts.

Trainspotting, which seems like the best comparison, arguably follows someone with a moral compass…and an accompanying drug addiction. Filth does not and never pretends to. There may be reasons left, right and center as to why Bruce behaves the way he does, but as the audience bears witness to racism, homophobia, blackmail, cheating, violence, drugging, threats, sabotage, and worse, it’s clear that we’re watching the actions of a deeply troubled man. Of course this makes for a highly entertaining movie and the performances from the cast really make Filth what it is.

I’ve always been a fan of James McAvoy. There are a number of memorable McAvoy roles: from Mr. Tumnus in The Chronicles of Narnia to Wesley in Wanted. Of course he’s more well-known for roles such as Charles Xavier, Victor Frankenstein, and of course the 23 personalities of his character in Split. However, his performance in Filth is one of my favorites, without a doubt. McAvoy truly captures the gradual disintegration of this character’s mind. His maddened outbursts and moments of insanity are powerful and shocking, yet leave you feeling uneasy and uncomfortable. You don’t just feel like you’re watching a character as he loses his grip on reality. You actually feel like you’re taking the journey with him. Despite his vile nature, you can’t help but empathize with him at times which works to humanize the character, making him feel more real.

Of course the performances of the rest of the cast are also excellent. Jamie Bell’s character doesn’t offer him much scope for displaying his abilities. Thankfully, the same cannot be said for Eddie Marsen, who I believe is entirely underrated within the movie industry. His character in Filth is a gullible and passive man whose wife holds nothing but contempt towards him. As we watch his destructive friendship with McAvoy’s Bruce unfold, you struggle to believe that someone so weak-willed could exist. In fact, his character in Filth isn’t far away from the role he plays in The World’s End. Jim Broadbent only has a minor role in Filth but his wacky (and rather psychotic) doctor really drives home the twisted nature of this movie.

Filth is truly a character-driven movie, but that’s not to say that the story itself isn’t interesting. Director, Jon S. Baird, does an excellent job of drip-feeding us details of the various characters. Throughout the movie, character interactions fit together like puzzle pieces and it isn’t until the end that we can see what picture they form. The performances of the cast, specifically James McAvoy, really make this film a great watch. If you don’t mind leaving your sanity and morality at the door, then this movie is certainly worth a watch!

Thank you for reading! What are your thoughts on Filth? If you haven’t seen it, will you now consider giving it a shot? Comment down below!

Ooh, this sounds right up my Avoy! Thanks :D