This week will see the release of a new Transformers and a new DC movie. Due to the lackluster history of these franchises, their stories will no doubt be focused around a MacGuffin. A MacGuffin is an object/event/person that drives the story forward. When done well, MacGuffins come in the form of Death Star plans or a Maltese falcon. However, MacGuffins are often done poorly and with lazy writing. Hollywood’s Top 10 Weakest Movie MacGuffins are broken down for you below. Spoilers below, but let’s be honest, you’ve already seen these movies.

Shankara Stones, Indiana Jones and the Temple of Doom 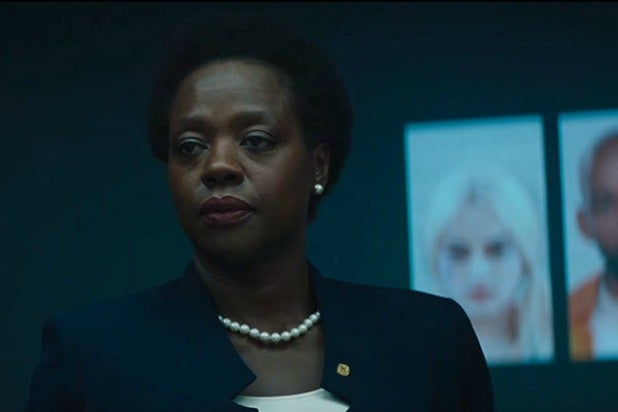 Oof. There is no better word to describe Suicide Squad than “oof”. Amanda Waller puts together the Suicide Squad and is the main focus of the first act of the film. Then “poof” she’s trapped and being hunted by the Enchantress. Despite the fact that Enchantress has met people with greater power, Waller is the key to her sky beam machine, because…reasons. Sorry, David Ayer, but Suicide Squad lands itself on a lot of “bad top ten” lists, and Weakest Movie MacGuffins is no exception.

The Aether is actually the reality stone. Malekith decides to use it to make the universe dark. That’s right, he could change reality to be anything he wanted. Instead, Malekith decides to make it eternally nighttime. No wonder everybody forgets about Thor: The Dark World. The MCU has a history of MacGuffins, but the Aether is weak enough to land itself a spot on this list.

Christopher Nolan’s Dark Knight Trilogy is noted for its adherence to the laws of reality. While Batman stretches the rules a bit, his character easily fits within our definition of the “real world” is. Wayne Tech’s Microwave Emitter does not fit within this definition. It’s basically a magic science box to deliver Scarecrow’s gas. In reality it would have vaporized most of Gotham’s blood, leading its citizens to explode.

*The Internet has had a field day with the science of this box.

The Allspark both brings Megatron to life and it kills him. This box creates transformers and automatically makes them all evil. At the beginning of the film it requires the Hoover Dam to contain it. By the end of the film, Sam Witwicky can carry it around with ease. Yet it has the same power level whether it’s the size of a lake or the size of a loaf of bread. Transformers could probably hold every spot on the weakest movie MacGuffin’s list, but I’ll leave it at the Allspark for now. 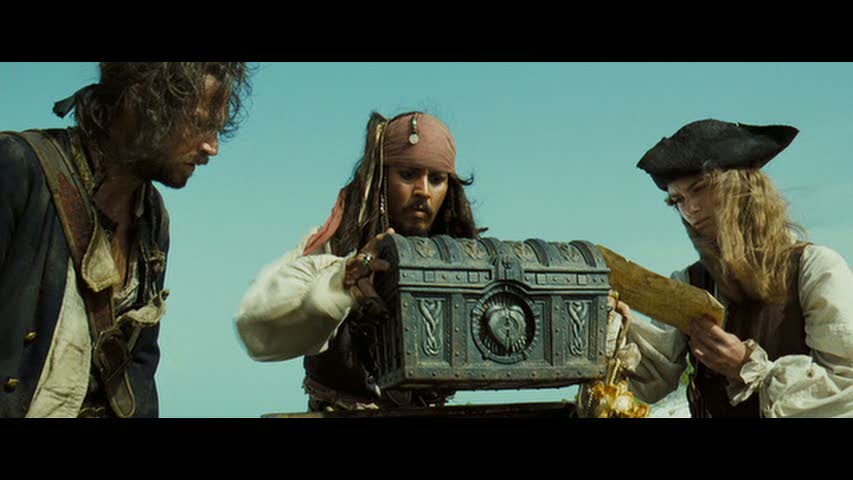 I’m just gonna come right out and say it, the Pirates of the Caribbean franchise is bad. None of these movies are exceptional, and neither is the plot device within Dead Man’s Chest. The titular Dead Man’s Chest holds the heart of Davy Jones. This chest is the key to defeating Jones, but is also the key to saving him and returning him to his natural form. Except when Jones doesn’t really need the heart as his existence is a curse, making it and the chest pointless to the end story. Congratulations Jack Sparrow, you’ve made the list!

J.J. Abrams sure does love his MacGuffins. The famed director is well-known for his use of MacGuffins, or mystery boxes, in the majority of his films. Whether it’s Luke’s lightsaber, Kahn’s superblood, or the Rabbit’s Foot, MacGuffins are littered throughout his films. Mission: Impossible III is no exception. The Rabbit’s Foot is a mysterious vial of mysterious liquid that could end the world. This film represents the low-point of Tom Cruise’s career, as Ghost Protocol was original designed as a passing of the torch from Cruise to Jeremy Renner. Thankfully Cruise rebounded with the more refined MacGuffin of Ghost Protocol. The Rabbit’s Foot represents everything audiences were bored with the franchise, and so it lands itself on this list.

Jupiter Jones is the reincarnated physical form of the Matriach or Abrasax. She is somehow heiress to the throne because of her resemblance to its former owner. Everyone eying the throne decides to either marry or kill Jupiter, instead of just letting her remain ignorant to her claim. The final straw here is when Jupiter decides to have sex with a dog man. Bestiality lands Jupiter Ascending the number four spot on this list.

Indiana Jones and the Kingdom of the Crystal Skull makes me sad. The original trilogy ended on such a high note with the Holy Grail, and the Crystal Skulls fall embarrassingly short of their predecessor. They can open people’s minds to telekinesis, but only when its convenient to the plot. They can form together to become one alien being, but only when already in close proximity and with no defenses guarding them. Not even Spielberg was a fan of this MacGuffin!

#2: The Matrix of Leadership, Transformers: Revenge of the Fallen (2009)

It’s the Allspark from Transformers, but this time it’s shaped like a dagger. Thank you, next.

Three Allsparks, but this time they are called “Mother Boxes”. Mother Boxes can destroy planets or transform things into hellish landscapes. They can created robot cyborgs, but they also resurrect super people when wet. The boxes come with little explanation and Steppenwolf yields no information about them save that he calls them “mother” about fifty times. As an added bonus, they can even create sky-beams.

Thank you for reading! What are your thoughts on the Weakest Movie MacGuffins? Comment down below!

[…] escape rather than sending him back to Tajikistan. But in a way, this entire decision is merely a MacGuffin. The movie itself says as much. The characters acknowledge that at best, they’ve delayed […]

[…] world of mystery boxes, let’s take a moment to differentiate them from the word “MacGuffin“. I often see this word tossed around like it’s a filthy object that is only indicative […]

[…] generally not a fan of the criticism the Internet generates, sometimes it can find the funniest plot holes. It can also bring up critical points in movies that are just overlooked. And what would I do […]

Whoa, “none of the POTC movies are exceptional”, them’s fighting words, lol! I think the first film is quite exceptional!

Seconded. After Black Pearl, though… nosedive!