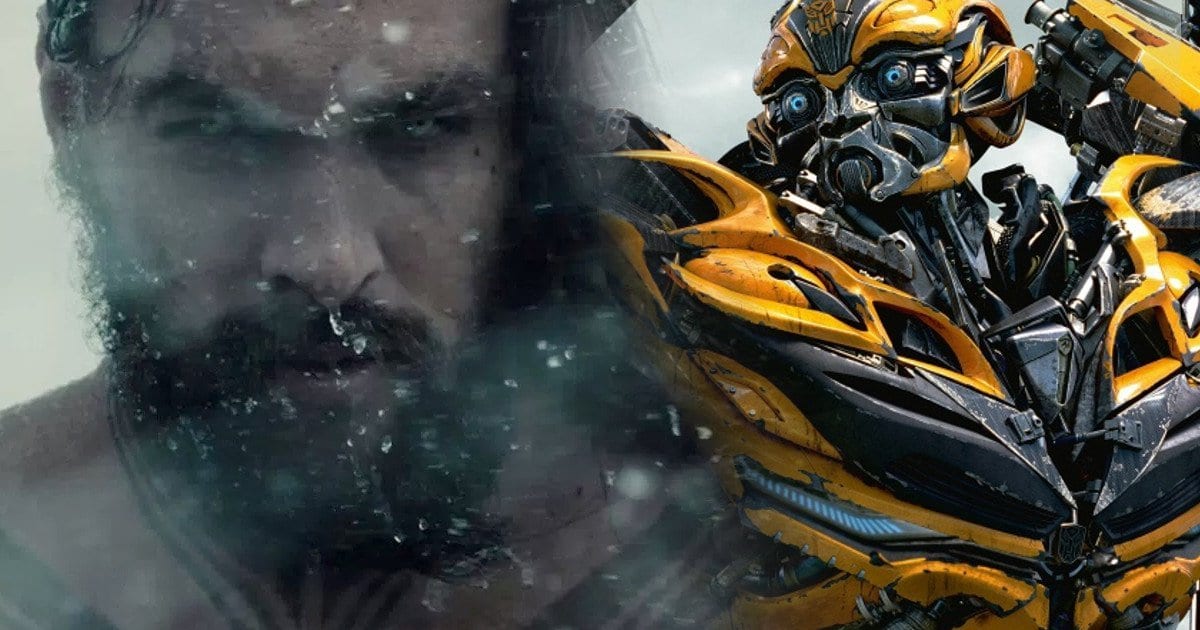 Yesterday, it was announced that the upcoming Bumblebee spin-off movie will go up against DC’s Aquaman at the box office in December of 2018.

Coming off their spat over Superman’s facial hair, Paramount dropped yet another bomb on Warner Bros., marking December 21, 2018 as the day in which it will release the first Transformers spin-off surrounding the character of Bumblebee.  That same weekend, Jason Momoa will suit up once again as Aquaman in a stand-alone DC film of the same name.  There is no word yet as to if the superhero project will move to another release date.

The Transformers franchise is looking for somewhat of a rebrand of its image as Transformers: The Last Knight was once again panned by both critics and fans.  The film also suffered the lowest worldwide gross in the entire franchise, suggesting diminishing returns moving forward.

The Bumblebee spin-off will be the first live-action Transformers film not directed by Michael Bay as Travis Knight (director of Kubo and the Two Strings) has taken over.  Reportedly, both Hailee Steinfeld and John Cena have signed on for the project.  These fascinating casting choices suggest that the sixth Transformers film will offer something very, very different.

Considering that Aquaman is further along in production, it would seem fairly certain that Warner Bros. will not flinch upon hearing this news.  With Wonder Woman becoming one of the best financial successes of recent memory, it appears that the DCEU is in better shape to handle some depressed box office numbers.  Moreover, Aquaman remains the only DC property slated for 2018.  Warner Bros. will want at least one DC film each year for the forseeable future.

Paramount, on the other hand, relies on Transformers to be one of its main financially successful franchises as it struggles to find marketable properties.  With this in mind, it’s pretty likely that the Bumblebee spin-off will move to another date.  For Transformers to find new life, this film needs to be both a critical and financial hit.

That being said, the Bumblebee spin-off is certainly raising eyebrows with every new piece of information.  Hailee Steinfeld is is a great acquistion.  The Academy Award-nominated actress could allow for a new connection with a human character that has been lacking in other films.  John Cena, on the other hand, had displayed decent acting abilities in the past.  Could this film be his big break?

Either way, it remains to be seen if this showdown will stand.  If so, the holiday season just became very crowded. Thanks for reading!  What are your thoughts on the Bumblebee spin-off?  Comment down below with your thoughts!

The spin off itself is a bad idea. Launching it with one of the most anticipated superhero movies that happens to feature Jason Momoa (everyone’s favourite man crush) is a terrible idea.
The time of the Transformers movies is over, let it rest and then reboot in 10 years or so.

I’d agree with you on that one. I have no desire to see another Transformers movie lol

Thanks for the info. If the Bumblebee spin off is anything like the Last Knight , Aquaman is going to reign supreme.

You got that right!