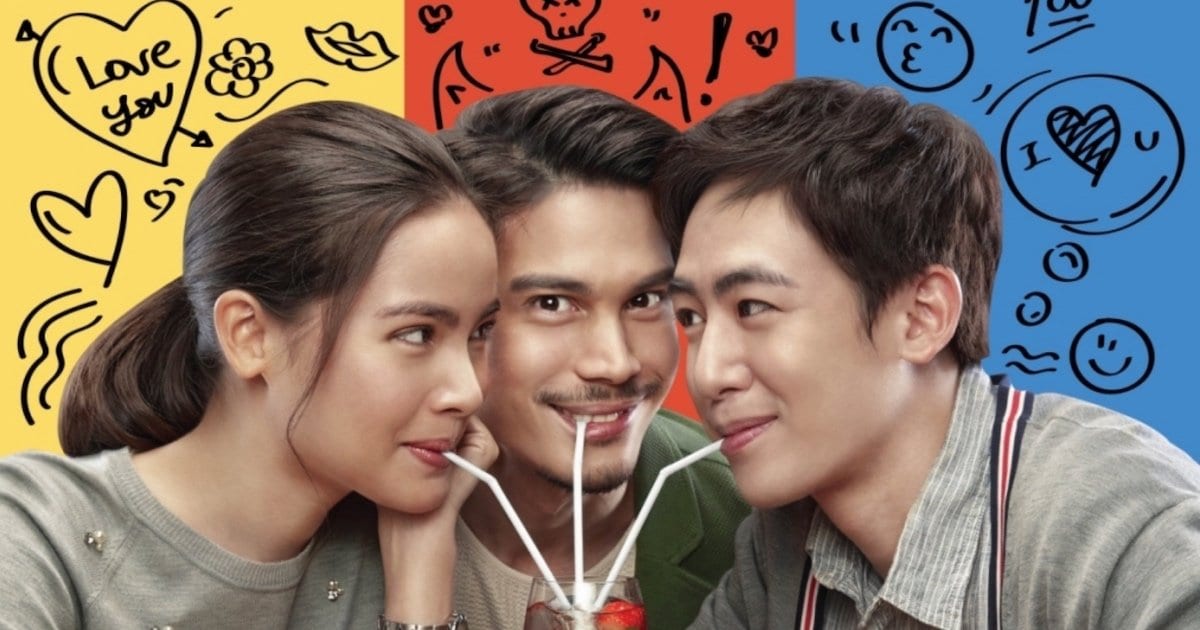 After seeing Crazy Rich Asians I checked out the review of the movie on our site. Following the well-thought-out piece, I scrolled through the comments where I noticed one commenter bringing up an important topic up. They said, “My dream is for cinema to be recognized globally and beyond Hollywood, that for me would be a true landmark achievement. Having said that, I think it’s great that Crazy Rich Asians is definitely a step toward the right direction”. And then I bumped into Brother of the Year.

Sibling relationships are complicated. Jane (Sperbund) and Chut (Suwanmethanont), however, take it a step further by leading an adult life under the same roof. Name-calling, fights, and disagreements seem like nothing in comparison to what they have to put up with. Things start to get a little more heated when Jane finds a new job and a lover that might have to prepare Chut for a life he’s not used to.

Crazy Rich Asians surprised the heck out of me. The movie was a delight, nevertheless, that didn’t stop people from making it out into something it wasn’t. Some of the criticism I heard was that it didn’t have enough arthouse integrity. Some of the praise was that it finally went on to represent an overlooked minority in America.

Many detractors of those opinions are quick to note that representation in film wouldn’t even be a problem if Americans weren’t so lazy to read subtitles. There’s truth in those words. Words that might not pertain to Crazy Rich Asians specifically as well as it does in other cases, but all this back and forth arguments made me think — what happened to simply watching movies?

That’s not to say we should get rid of any critical thinking. I do value artistic merit and social relevancy. But a pretty shot or a cultural message can’t be the only thing to look for when there’s nothing else to support it.

And now I’m here, about to review a Thai movie I ran into not long ago with likely none of those attributes.

Well, I already reviewed Father of the Year. It’s safe to say that this one left a better impression on me.

Brother of the Year Is a Bit Weird Having a limited history of watching Thai films, I decided to embark into alien territory. I didn’t know what to prepare for but now having seen the movie I can say I appreciate its unconventional direction.

Looking at my previous experiences with media of other cultures, Brother of the Year felt to me like it borrowed from anime stylistically. If you’ve seen any of the more popular anime TV shows such as Dragon Ball, Naruto or My Hero Academia you’ll notice their signature traits are expressive and over-the-top characters.

For example, if a character gets angry their face will shift, turn red, and their hair will stand up to its ends and their voices will get loud. People don’t act like that in real life, but it serves a purpose to aesthetically convey emotions. And some of those influences are here, only dialed down to meet the limitations of live-action filmmaking.

I appreciated when Jane’s reaction would match a bell sound effect. It’s a specific style that plays into the humorous side of things. Not everyone is prone to like it, but for me, it mostly worked wonders with exception of the times when the film would repeat certain sounds or gestures consistently.

The Blessings of the Happy and Sad

Brother of the Year starts off as a comedy. In its simplicity, it tries to introduce us to Jane and Chut and establish their relationship with the help of funny flashbacks. We get a great feel of who they are as individuals and how they feel about the other.

I bring up the flashbacks specifically because they’re the perfect example of the instances where the movie works best. They serve as a good source of information, an element to move the story forward, and it shows what the tone is. It also introduces certain elements that keep reappearing.

And then, it happens. All is cute and whimsical until out of nowhere I became lost in the feels. There’s an unexpected shift that focuses on the brother-sister bond as something more than an opportunity for laughs. It’s here the movie treats its audience with a higher level of respect by delving into conflicts that hold actual weight.

The emotional moments don’t distort the comedic tone because it too works to bring an appreciation to life. The only difference here is the relationship between Jane and Chut takes on more weight. The happy and sad moments are equally as important because each has a thing to say about what’s meaningful about having a sibling.

None of it is to say a person who grew up a single child would not like this movie as much.  The connection the two main characters share is sometimes even too specific for someone like me to picture myself in. I’m too old to live in the same house as my sister. Yet, it doesn’t get in the way of understanding the characters.

Part of the praise should go to Sunny Suwanmethanont and Urassaya Sperbund for delivering on all fronts of their performances. They manage to stay consistent within the ever-changing tone.

The Flaws of Everything Else

Unfortunately, everything between these pieces were pointless if I’m being honest. There would be times when I’d quickly lose interest and start thinking about something else. If my mind can wander during a movie without missing crucial information, there’s a major problem. It means the running time is filled with unnecessary or overstretched sequences that don’t add up to anything worthwhile. The interactions between Jane’s boyfriend, Moji and her brother were unnecessary and at times painful to sit through. One of their scenes together was meant to stir up more drama between the two to make the tension between the siblings more apparent, but in truth, it was masking the need to make up a plot device.

There are many more examples like these. There’s one piece where Jane has a monologue that was a demotivating experience, one that could have easily been done differently if the writers took a minute to think of better ideas that serve a similar function to the flashbacks mentioned earlier.

The production value as a whole also lacks any direction. Every shot is pretty much the same, looking bland, cheap and visually distasteful. It doesn’t get more exciting than a Lizzie McGuire look-alike both in shot composition and cinematography.

I just wish there was more to most elements in Brother of the Year. A great example is that Chut apparently leaves a mess everywhere, but there’s little proof of that being the case. There’s just a bunch of books and food cooped up in one area; it’s all too calculated. Where was the production designer to truly wreak havoc and produce chaos? There’s too much holding back in a movie that stylistically tries to come off as overly stimulating.

Brother of the Year is unlike anything I’ve seen before. It has an eccentric style that works to the advantage of the characters and tone. The depth is a breath of fresh air that is wonderfully implemented. But aside from the linchpin that is the brother-sister relationship, it falls flat on its face.

When it comes down to it, it’s the lack of attention to detail and unfortunate gaps in fascinating sequences that leave much to be desired. 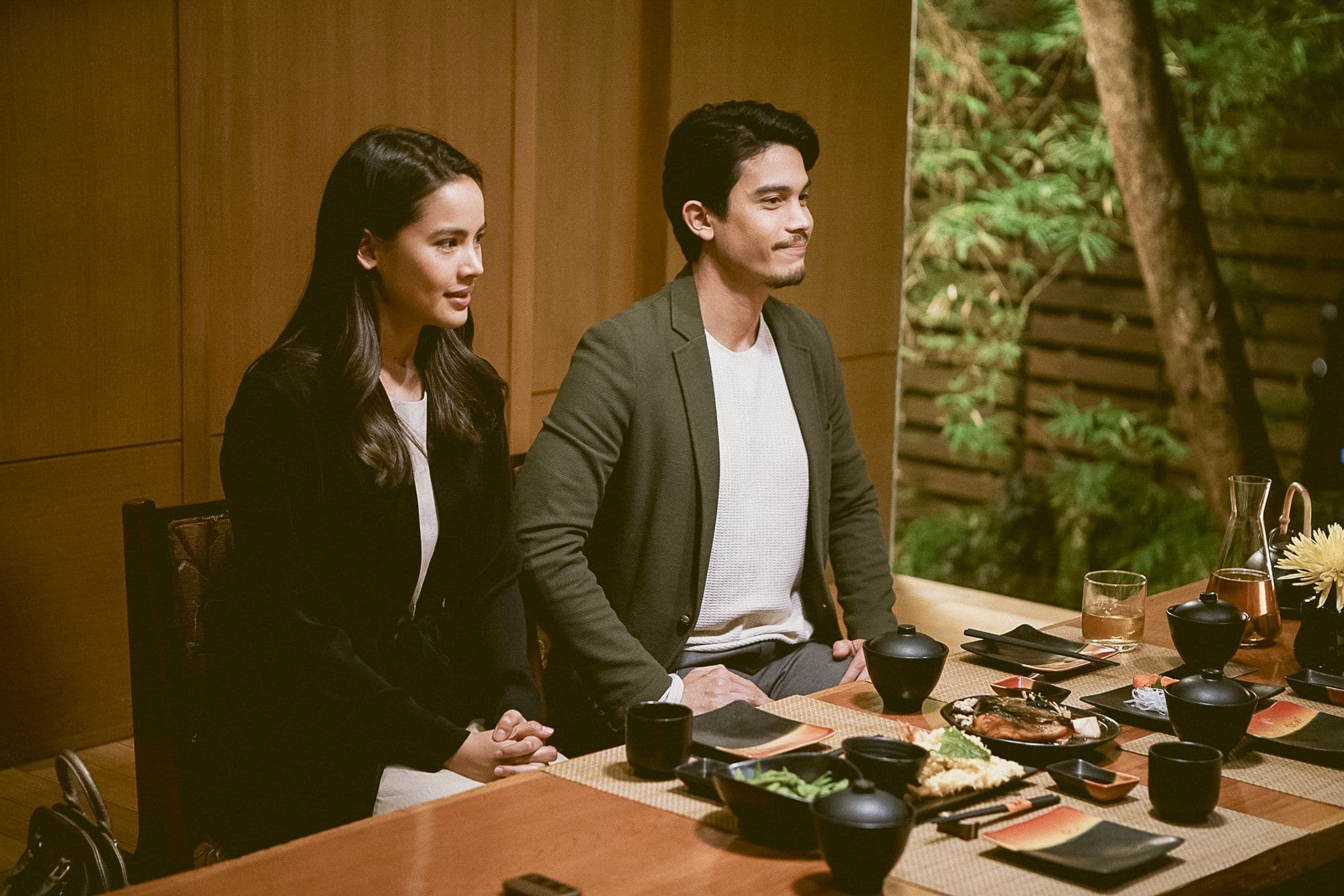 Thank you for reading! What are you thoughts on Brother of the Year? Comment down below!

The brother/sister relationship is much more special in the East than it is in the West sadly, so I’m curious to see this film.