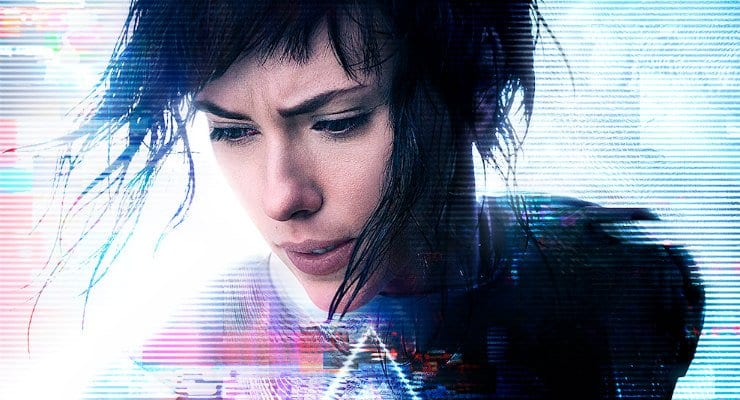 Anime has had a large following for many years now.  In an attempt to capitalize on this large market of potential moviegoers, Paramount Pictures has created a live-action version of one of the most popular anime films, Ghost in the Shell!  But did the film live up to high bar set by the original?  Or was it another dud from a company struggling to find another franchise besides Transformers?  The following review will be spoiler free.

Ghost in the Shell is directed by Rupert Sanders and stars Scarlett Johansson as Major along with Michael Pitt as Kuze.

The films tells the story of a time in the near future where people have embraced the idea of cyber enhancements to just about every part of their bodies.  After a disastrous accident, Major becomes the first fully cybernetic entity.  She is then used to stop a new wave of terrorism led by the sinister Kuze, who is hacking into minds and controlling them.  All the while, Major learns that her past may not be what she once thought.

As mentioned above, Ghost in the Shell is already a widely known property to many around the globe.  For the past few years, Paramount Pictures has been working endlessly to keep up with studios like Disney and Warner Bros. to find a new franchise that’ll be a major money maker.

The popular move for studios these days is to capture more revenue in overseas markets.  With a popular IP like Ghost in the Shell about to hit theaters, it would seem that it was a shoe-in that Paramount is about to break the bank.

Or so they thought.

This newest incarnation of Ghost in the Shell has received a lot of negative attention for the casting of Scarlett Johansson as the lead, a role that was for a Japanese woman in the original anime.  In a time where whitewashing is a serious no-no in Hollywood, would Scar-Jo being front and center hurt this film’s reception?  Many pundits speculated that this may be the case. 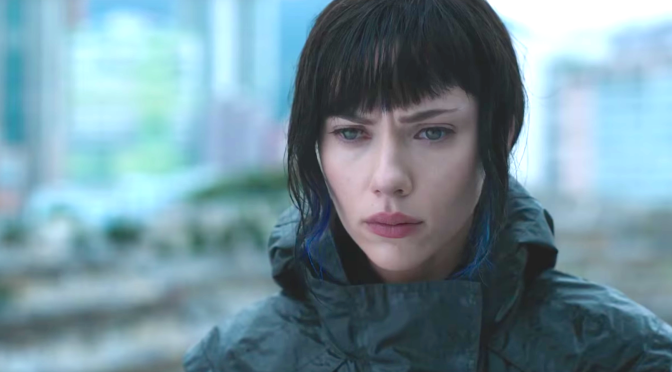 However, after viewing Ghost in the Shell, the film has more issues than just the casting of its central character.

The first thing you’ll notice when viewing Ghost in the Shell is how gorgeous it looks.  I’m using no hyperbole when I say that Ghost in the Shell may be the best looking in film I’ve seen in recent memory.  The landscape is reminiscent of a cross between Blade Runner and The Matrix, giving the film a certain cyberpunk feel that really, really works.

If you are keen on seeing this film, I would absolutely suggest paying the extra couple dollars to see it in IMAX to totally immerse yourself in the expansive world that Rupert Sanders created.

Like Rupert Sanders other film, Snow White and the Huntsman, Ghost in the Shell lacks a certain energy.  Sure, the film is very well made from a technical perspective, but the film fails to create a compelling story line.

What really attributes to this issue is the lack of captivating characters.  I love Scar-Jo, but when she acts tough she has a tendency to come off very monotone.  We’ve seen it in the past with her early work as Black Widow and as Lucy in the movie of the same name.  The story of Ghost in the Shell revolves completely around her.  So, when she resorts to these less than absorbing acting techniques, you as the viewer feel a little bored.  I understand that she’s technically playing a cybernetic human, but I’ve seen performances with less emoting be more compelling.

Additionally, the film lacks a solid reason for casting Johansson as Major.  Films that have questionable casting choices tend to try to explain why this actor was necessary.  But Johansson involvement in the film will do more to fuel skeptics than diminish them.  This point makes much more sense once you see the film in its entirety.

From what I understand of the original anime version of Ghost in the Shell, it had a lot of great themes and concepts.  Unfortunately, these great ideas didn’t exactly transfer well to the big screen.  The film has lofty ideas about what is human and what is good, but it never capitalizes on them.

Great science fiction films always seem to find the balance between hinting at what their beliefs are and simply telling you them.  However, Ghost in the Shell only dips its feet in the water, giving us a muddled grasp of what the film is hinting at.  The film seems more concerned with setting up merely adequate action sequences. 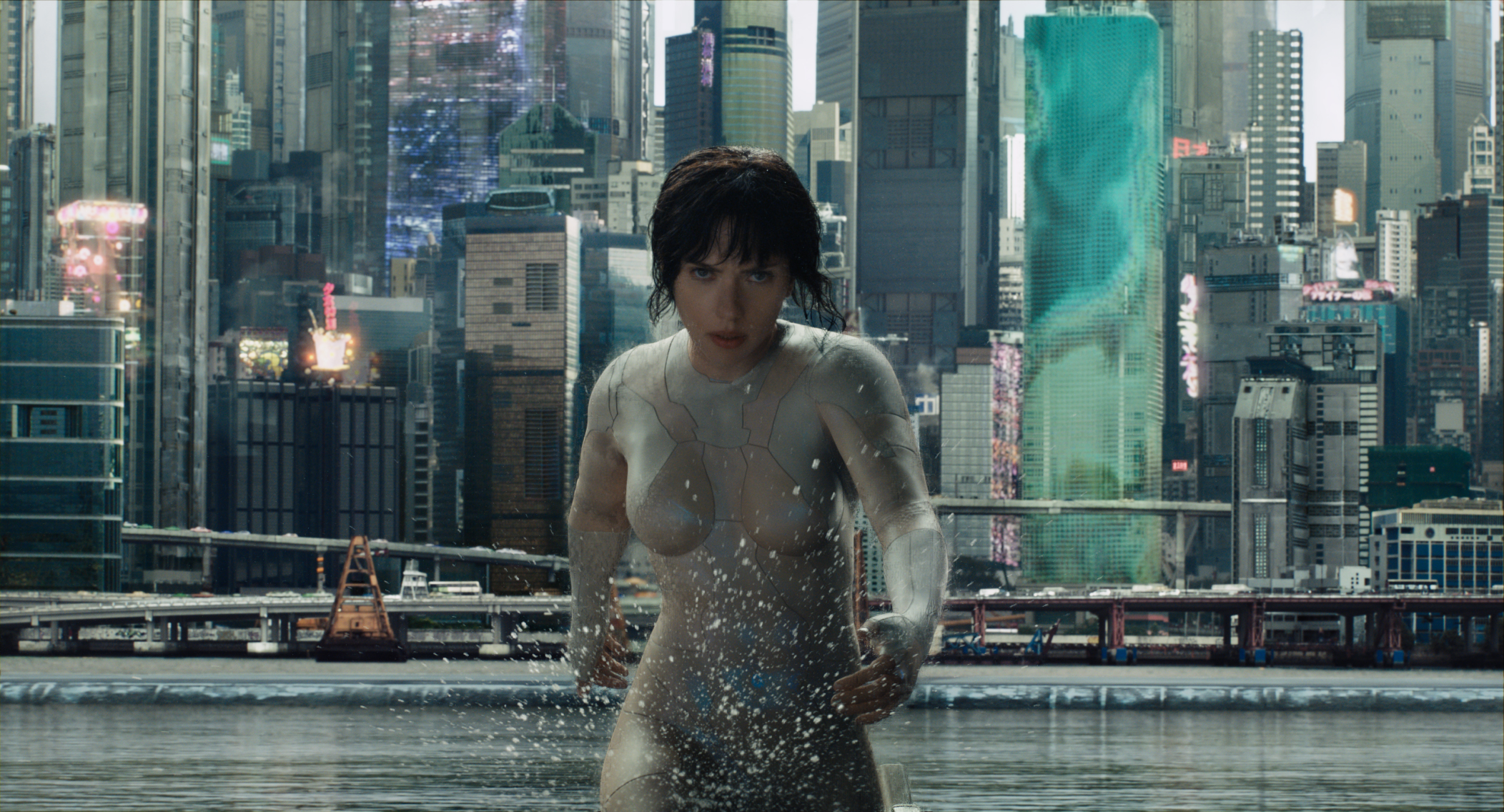 Moreover, like his work in Snow White and the Huntsman, Rupert Sanders fails to give Ghost in the Shell a sense of pace or energy.  This may be Ghost in the Shell‘s biggest flaw.  Behind all its beauty, there’s a hallow story with hallow characters failing to be remarkable.  For a film that has holograms of women lifting weights on the side of skyscrapers, it’s surprisingly very safe.  In my book, “safe” may be one of the biggest flaws a movie can have.

You certainly see the potential in Ghost in the Shell to be great, but it all falls flat.

In the end, Ghost in the Shell does more to bore than excite.  It may be expertly made from a technical perspective, but special effects don’t make a well-rounded movie.  It gets a C.  I must preface this review by noting that I am not that well versed with the intellectual property.  That being said, popular source material should be adapted in a way that is accessible to all moviegoers.

Unless you are a big fan of the source material, I would advise waiting to see this movie.  Ghost in the Shell is destined to mildly entertain casual movie fans on Netflix. 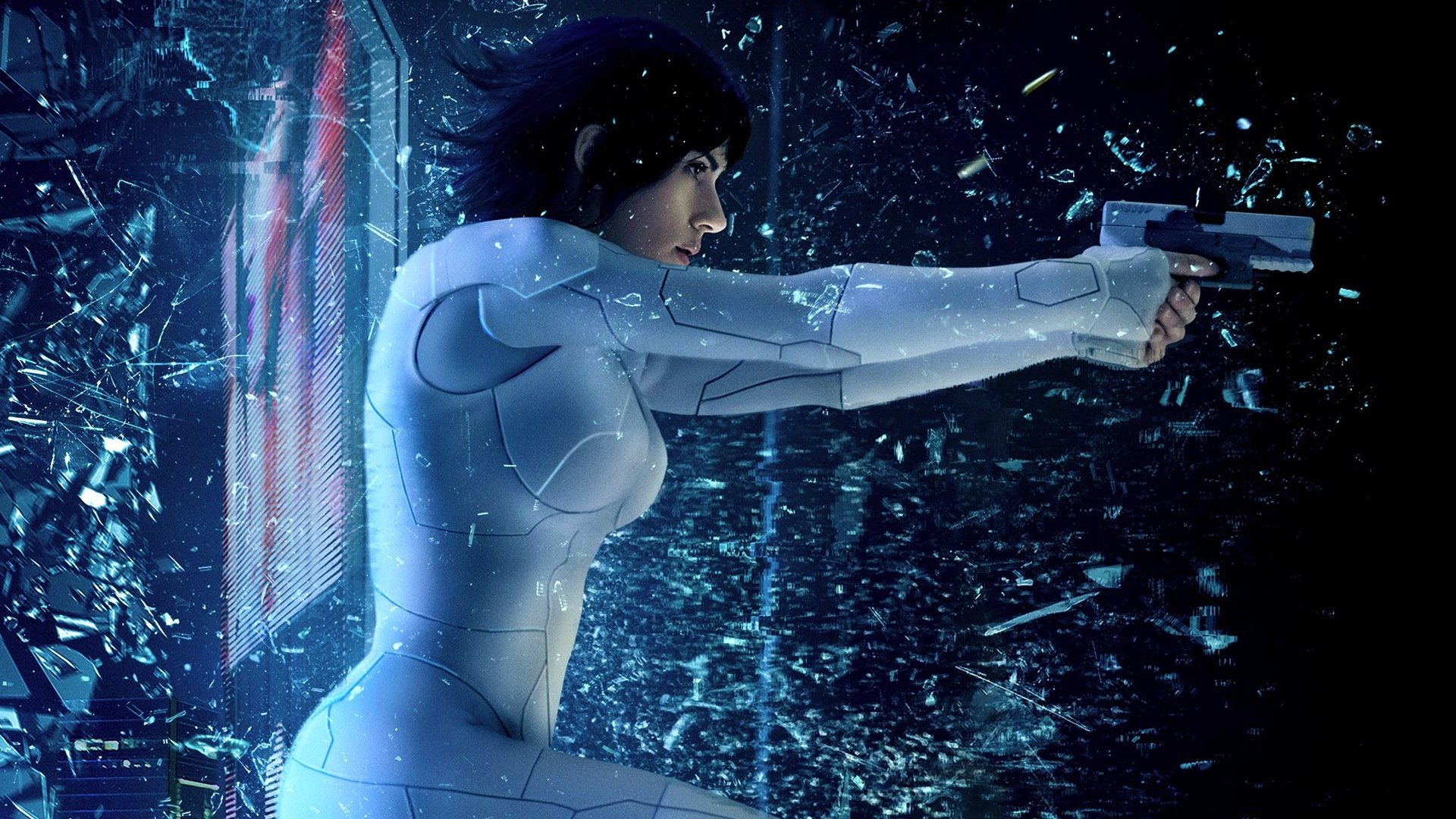 Thanks for reading!  Have you seen Ghost in the Shell?  Respond to the poll and comment down below to let your thoughts be heard!