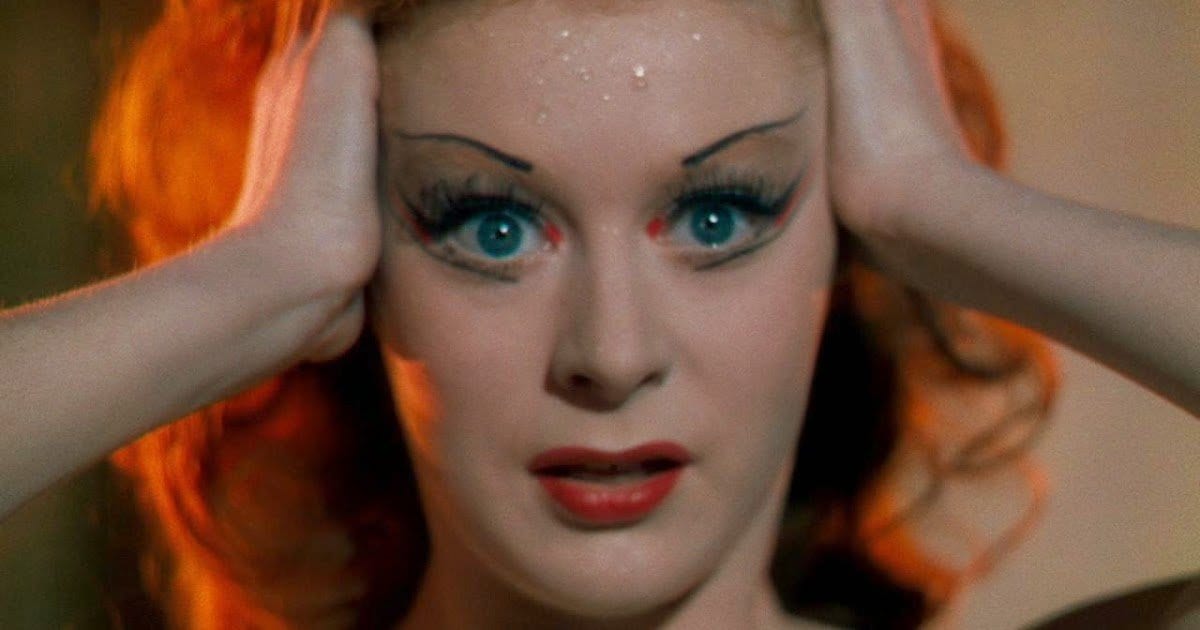 In 1948 The Red Shoes was released, and after seventy years this story about passion that warps into obsession still resonates.

Michael Powell and Emeric Pressburger, known as the Archers, directed The Red Shoes, using a Hans Christian Andersen fairy tale as the inspiration for the plot. Briefly, the story revolves around a ballet company, the man who runs it, the ballerina he selects as his principal dancer, and the man he discovers to compose the music. Anton Walbrook, Moira Shearer, and Marius Goring are the stars.

I admit I don’t know anything about dancing. The ballet sequences are beautiful and are certainly worth a watch even if you don’t enjoy the rest of the story. All the dancers in this film are genuine ballet dancers, including the star Moira Shearer, who was a principal dancer with Sadlers Wells ballet company when she was offered the role. Dancers Leonide Massine and Robert Helpmann play supporting characters Ljubov and Boleslawsky, and also choreographed the dancing.

(As an aside, Sir Robert Helpmann came from my own home of South Australia. He was an active figure in Australian ballet and theatre as well as his work overseas. The local Helpmann Academy was named in his honor, and it offers training to those seeking careers in the arts.)

The dance sequence of the ‘Red Shoes’ ballet itself shows images that obviously would not be happening in a live performance. They reflect the dancer Victoria’s own increasing obsession with the two men who represent the different sides of her life. 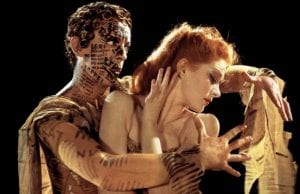 Symbolism permeates this film. Andersen’s fairy tale, from which the film gets its name, talks of magical shoes. The girl who puts them on cannot take them off. There is a spell on the shoes, which force her to dance continuously until she dies. The shoes represent the obsession that is the central theme of this film, music for Craster (Goring), dance for Lermantov (Walbrook), and the pull between dance and love for Victoria (Shearer).

The ballet sequences contain further symbolism. In the ‘Red Shoes’ ballet, the shoemaker represents Lermontov, taking control and pulling Victoria’s strings, while the boyfriend represents Craster, who wants her on a personal level and is not interested in her abilities. In another ballet Victoria dances as a puppet being controlled by a puppeteer, which furthers the analogy to her real-life relationships. The dancing kills the dancer in the ballet, again a parallel with the events of the film. There is, of course, no reason why Victoria cannot dance and be married, but neither of the men are willing to compromise. 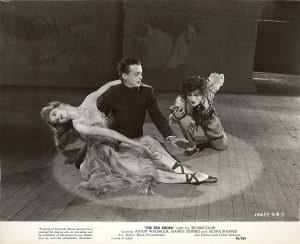 In my opinion this film is Lermantov’s story. His character is developed to much greater depth than any other character, and Anton Walbrook depicts him flawlessly. Lermantov is obsessive about his ballet company and ballet. He knows he is at the top of the ballet world and demands the same commitment to excellence from all his employees. He expects loyalty from those he selects, and he is a very intelligent man.

However, he tends to regard his employees as property, particularly his dancers. When his leading ballerina announces she is getting married, he becomes very angry. He says, “The dancer who relies on the doubtful comfort of human love will never be a great dancer”. This is obviously nonsense, as the woman would not be his principal dancer if she were not excellent, but it is very telling about his attitudes. He chooses art over love and expects his dancers to share his obsession. His way is the only way.

I consider Lermantov something of a misanthropist with this attitude. To work for him is to sell your soul to the devil — he’ll give you a career, but you become his property. “Nothing matters but the music,” he says. Even when he appears to develop feelings for Victoria, it is hard to know if his feelings are real or if he is merely extending his obsession with dance to her as the embodiment of dance. Is he objectifying her? Either way, he doesn’t cope with his new-found feelings very well. 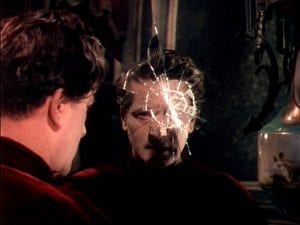 Characterization is the main flaw in this film. Lermantov is endlessly fascinating, but the other characters in the story don’t fare so well. The development of the relationship between Victoria and Craster takes place off screen. They are friendly, and then suddenly they are lovers. I considered this to be something of an awkward jump. Craster is a bland and one-note character. He obsesses over his music and shows little respect for the woman he supposedly loves. Craster tries to pull Victoria away from her passion and uses guilt trips and ultimatums. He is just as controlling as Lermantov, who respects her talent.

Victoria herself frustrates me. I want to shout at her to kick both blokes out and take control of her own life. But, it’s a 1948 movie and females don’t do that (except maybe in noir films). In the big three-way fight near the end she cries out, “Why don’t you both leave me alone?” But of course, they don’t listen. Even so, her final action does not ring true, because her character hadn’t been explored deeply enough to be convincing. 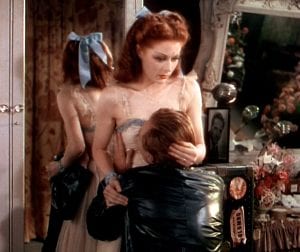 Visually, this is a beautiful film. Scenery and costumes are colourful and quite stunning. It won Oscars for best Art Direction as well as best music. It just looks wonderful, with every frame a painting.

It really is a great film, very true psychologically. Society and culture might change, but people are still people, and obsession will always be part of the human condition. It’s well worth your time. 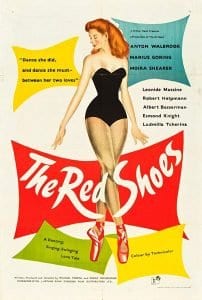 Thank you for reading! What are you thoughts on The Red Shoes? Comment down below!

[…] Weasley boys kill Harry because he’s such a creep around Ginny. Act like a normal person, […]

A very thoughtful analysis. The Archers made such intense and beautiful films. I love their rich colors. Have you seen Black Narcissus? Another great movie of theirs about obsession.

Yes I have, and I agree, it’s excellent.