A story of two women and their artistic desires. 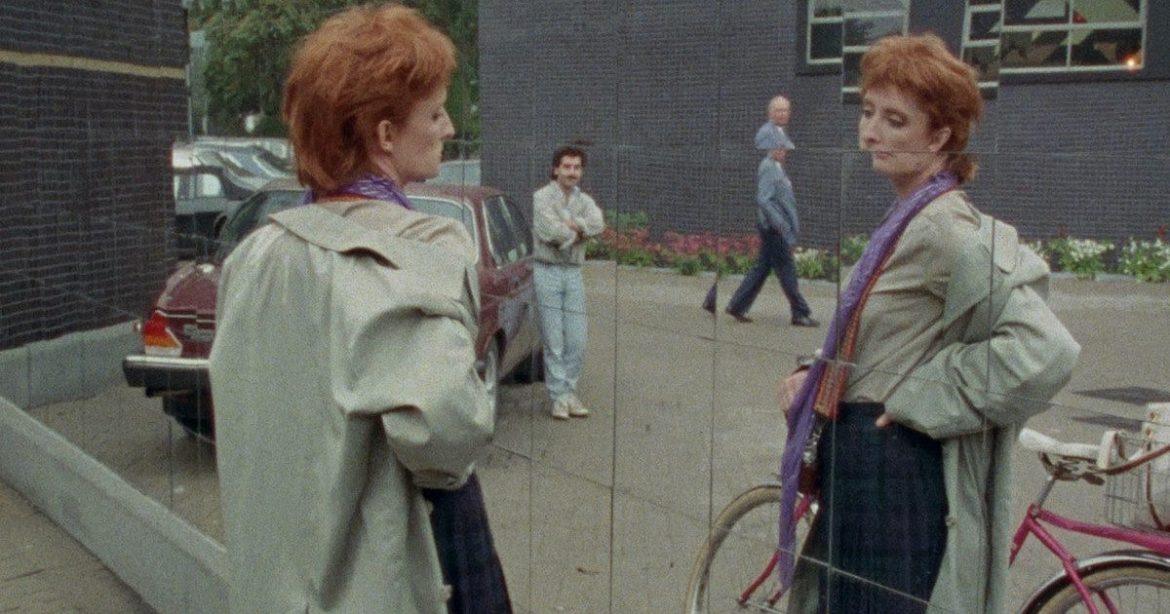 I first saw I’ve Heard the Mermaids Singing in the late eighties or early nineties. One of my lesbian friends recommended the movie to me not only because it was so good, but also because she recognized herself as one of the main characters, Polly. Director Patricia Rozema also wrote the screenplay, and with the utmost respect for Polly, a daydreamer of 31 years old who has no clear skills and regularly temps as a part-time secretary, although she dreams of becoming a photographer. Finally, she ends up as a secretary for Gabrielle, the owner of an art gallery. It’s easy to mock a person like Polly, but Rozema doesn’t. Instead, she observes her and also Gabrielle, who has her own dreams of becoming a painter and thus creating a work of art of ultimate beauty. It’s great that Sheila McCarty turned Polly into the most charming and lovable person. Nevertheless, the differences between the two characters are as big as day and night. Gabrielle is knowledgeable and sophisticated. A scene in a Japanese restaurant makes that sufficiently clear. Yet, on a certain level, the two women have something important in common: they both have artistic desires. Gabrielle is aware that on an artistic level, she hasn’t got what it takes, whereas Polly doesn’t have any self-confidence. Before long Polly starts to idolize and even imitate her employer, who has a female lover, Mary (Ann-Marie MacDonald). Sadly, this Mary plays a more important part in Gabrielle’s life than Polly could ever have imagined. The discovery leaves her heartbroken, and she decides to concentrate more on her photography. She will make another devastating discovery before the movie is over.

By now, you must be wondering what the title of the movie references. It actually is one of the lines of The Love Song of J. Alfred Prufrock by T. S. Eliot. The line goes like this: “I have heard the mermaids singing, each to each / I do not think that they will sing to me.” Prufrock seems to be an outsider, seemingly alienated from art and love. Polly has that in common with him. There’s quite a lot to gain from reading the poem before seeing the film. There is another important piece of art in the movie, it’s the Flower Duet by Léo Delibes, one of the most beautiful arias ever; Is this the closest Polly will ever come close to the mermaids?

The movie had its world premiere at the Cannes Film Festival in 1987, where it won the Director’s Fortnight award — the first English-speaking Canadian movie to do so. Apart from gay love, there is another interesting theme here, namely feminism. Polly may have had her heartbroken, and she may seem naive, but she does react against the injustice of which she has become a victim. Rozema intended her movie as a reaction against the harsh criticism of the elitist high art milieu.

The movie has been restored to 4k and is released again through Kino Lorber. It is such a brilliant and well-acted character study of two different women, each trying to find their way in the world of art. The screenplay is so brilliant and sensitive, and Sheila McCarthy is a delight to watch. Long after the movie is finished, you will still be thinking about Polly, the heroine with a heart. You’ll probably end up falling in love with Polly. It has now happened twice to me.

I’ve Heard the Mermaids Singing is currently playing at the Metrograph both in theaters and online in an exclusive one-week engagement and will begin playing at additional theaters in the coming weeks. Check out Kino Marquee to find the closest theater near you.

Thank you for reading! What are your thoughts on I’ve Heard the Mermaids Singing? Comment down below!

I’ve never heard of this one! Excited to check it out!