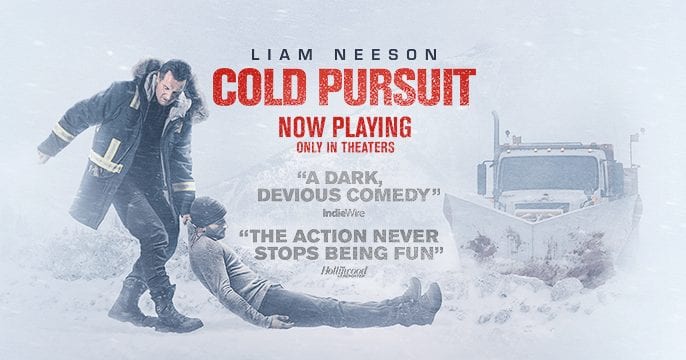 10 years after the release of Taken, anytime you see Liam Neeson on a poster with a killer’s stare and the word ‘revenge’ in the tagline, you know what you’re in for: an over-the-top action film with a sexagenarian vigilante busting skulls and breaking necks on a quest for vengeance. Cold Pursuit is exactly that, but also the last thing you would expect from a contemporary Liam Neeson action film: a black comedy.

Written By: Frank Baldwyn and Kim Fupz Aakeson (based on the film ‘Kraftidioten’ written by)

Nelson ‘Nels’ Coxman (Neeson) is a snowplough driver in the fictional ski resort town of Kehoe, Colorado. When his son, Kyle (Richardson) is mistakenly murdered by a Denver drug cartel, led by a man known as Viking (Bateman), Nels makes it his mission to take out each member of his cartel, one by one.

As the body count rises, Nels gets caught in the crossfire of a turf war between Viking and a Native American mafia boss known as White Bull (Jackson).

Cold Pursuit is an English language remake of Hans Petter Moland’s own Norwegian film In Order of Disappearance from 2014, which saw Stellan Skarsgård in the Liam Neeson role. It was large critical and commercial success worldwide and a remake was imminent. The film is an insane juggling act of tone that requires that right balance for it to work, hence why Moland was hired to direct the remake of his own film.

The film will be released just days after Liam Neeson’s shocking and deeply regretful confession in an interview with The Independent about a disturbing incident from his past. In discussing the film’s depiction of revenge, Neeson told a bone-chilling story of when he was younger and how he attempted to hunt down and kill the man who allegedly raped a close friend of his. Neeson’s confession has ignited a firestorm of backlash and could hurt Cold Pursuit’s chances of box office success. 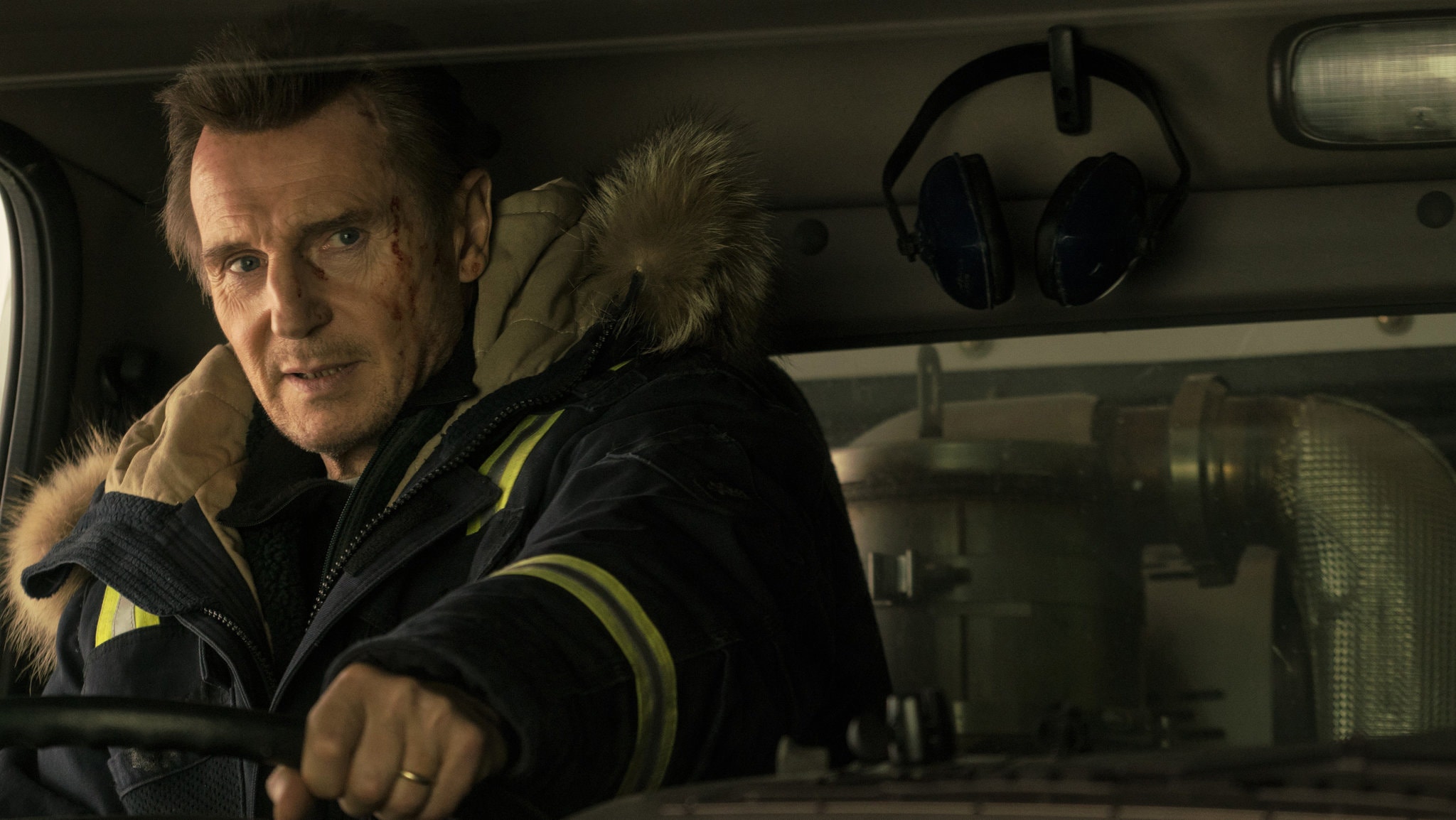 As previously mentioned, Cold Pursuit is all over the place in terms of tone. Though categorized and advertised as a black comedy, the opening of the film establishes a brutal, stone-cold atmosphere, akin to a Scandinavian crime series. However, once we’re introduced to the eccentric, seemingly cartoonish villains with ridiculous nicknames (Speedo, Limbo, Santa, Windex, Mustang, etc.), there is a jarringly rapid shift to a more farcical, darkly comedic tone similar to the Coen Brothers classic, Fargo (The final scene especially is a hilarious homage to Fargo).

This will certainly alienate some audiences, but the film works best when it steers into the skid and fully embraces its goofiness. In what other movie can you see Liam Neeson disposing of a dead body in a gorge to the tune of The Pretenders’ 2000 Miles? That’s the level of goofiness Cold Pursuit strives for.

Tom Bateman’s performance as the flamboyant druglord Viking best encapsulates the film’s commitment to its madcap and goofy sensibility. Liam Neeson is still the same grizzled, jaded old man archetype he’s embodied for the last decade and he plays it pretty straight, but Bateman is clearly having the time of his life, hamming it up and chewing on as much scenery as humanly possible.

Bateman’s over-accentuated delivery, the elasticity of his bizarre facial expressions and his constant mid-sentence nose inhalations make for a wildly over-the-top and immensely entertaining performance, whilst still coming off as a menacing antagonist.

One Subplot Too Many

The tone is not the only aspect of Cold Pursuit that the film establishes expectations for, only to pull the rug from underneath you. It does the same with the plot.

The film has a fairly simple structure and plot to begin with. After Neeson’s son is killed, he finds a man involved with the cartel that killed him, asks for the name of another cartel member then kills them. Then rinse and repeat until he gets to the boss. For the first 30 minutes, Cold Pursuit is exactly that. However, towards the end of the first act, it felt like the screenwriter realized they did not have enough story or plot to sustain a feature film, so they added/further developed a number of subplots (Admittedly, this may be the fault of the source material and not the adaptation).

The film eventually ends up spending more time with the side characters than it does with Liam Neeson. His character takes a back seat for a majority of the second act and there are 10-15 minute stretches in where Neeson is nowhere to be found. Instead, we spend a lot of time with Viking’s cartel, White Bull and his Native American mafiosos, as well as the Kehoe Police officers (Rossum and Doman) investigating the cartels and their connections to Kyle’s murder.

Granted, these characters are more interesting and have more personality and unique quirks than Neeson does (e.g. one of Viking’s henchmen looks hilariously like a white-trash Ethan Hawke), but it also brings the pace and narrative momentum to a grinding halt and makes the plot quite messy and unfocused.

Along with the excessive amount of tertiary characters and subplots, the amazing Laura Dern as Nels’ wife, Grace is ridiculously under-utilized and short-changed. Her character is in just a handful of scenes in the first act, then unceremoniously leaves the film and never returns. Dern was probably collecting a pay check for a weekend’s work, as her character takes a hard left out of Movietown, never once looking in the rearview mirror.

Perhaps the biggest surprise of Cold Pursuit is the way it tackles a father’s protective paternal instincts when faced with tragedy. Coxman seeks vengeance on Viking and his men for killing his son. Viking is an aloof, yet over-protective father to his son due to his line of work. White Bull also wants to avenge his murdered son by killing Viking’s young boy, never straying from his ‘a son for a son’ Ideology.

All three of these men go to whatever lengths necessary to either protect, avenge or honour their children. As Neeson stated in his in controversial interview, Cold Pursuit at its core is about the never-ending, Sisyphean cycle of vengeance. Violence breeds violence, revenge begets revenge and causes nothing but endless pain, suffering and regret. However, the film is able to convey this impactful moral centre whilst still containing over-the-top action set pieces where the audience are witness to Nels’ bloodthirsty revenge.

Most actions films would either condemn or glorify these acts of violence from the hero, but the pre-established ridiculousness and absurdity that comes with being a black comedy allows for a more tongue-in-cheek and arguably more subtle expression of its message. In a way that stays true to the film’s darkly comic tone, yet does not diminish the importance of the ideas being presented in the narrative. 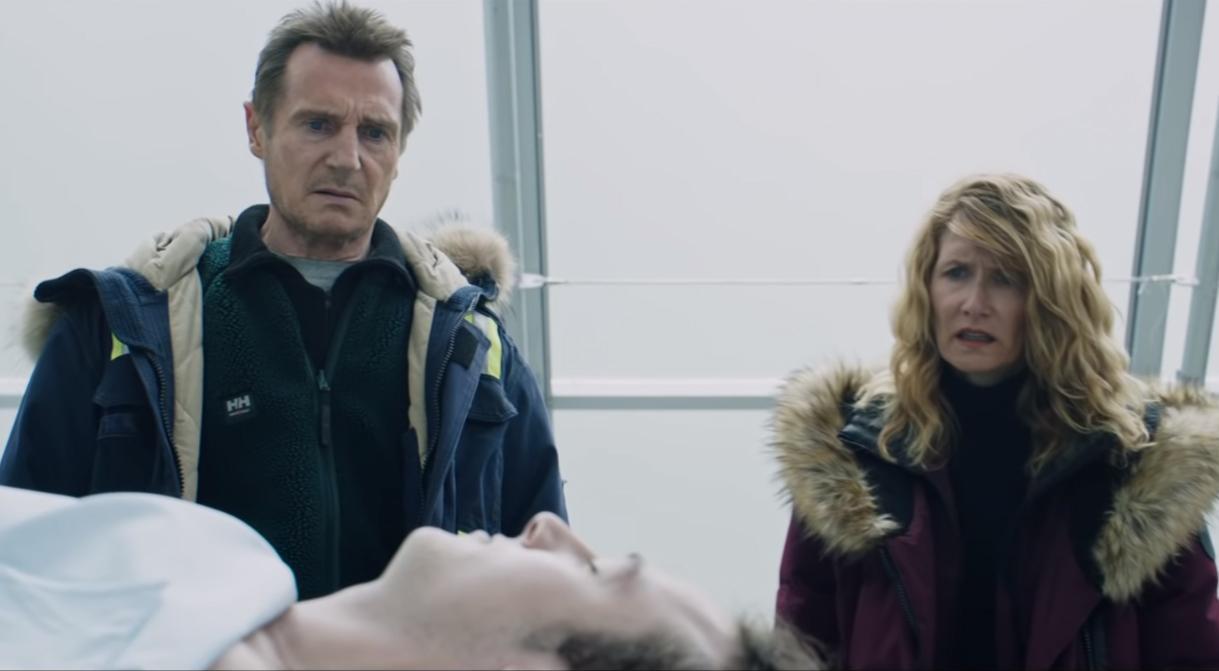 Cold Pursuit is a strange beast of a film. It is probably the last thing that you would expect from a ‘Liam Neeson as a gruff, mean old man’ action film, and it is all the better for it. The wildly inconsistent tone, the larger than life characters and the hilariously dark humour makes Cold Pursuit such an entertaining popcorn film best witnessed with a large audience.

The excess of characters and sub-plots perhaps would have worked better in television series, as it feels overstuffed and unfocused in a feature film. There are also a few moments that are slightly awkward and uncomfortable to sit through given Neeson’s recent controversial comments, but overall Cold Pursuit is a great time at the movies. 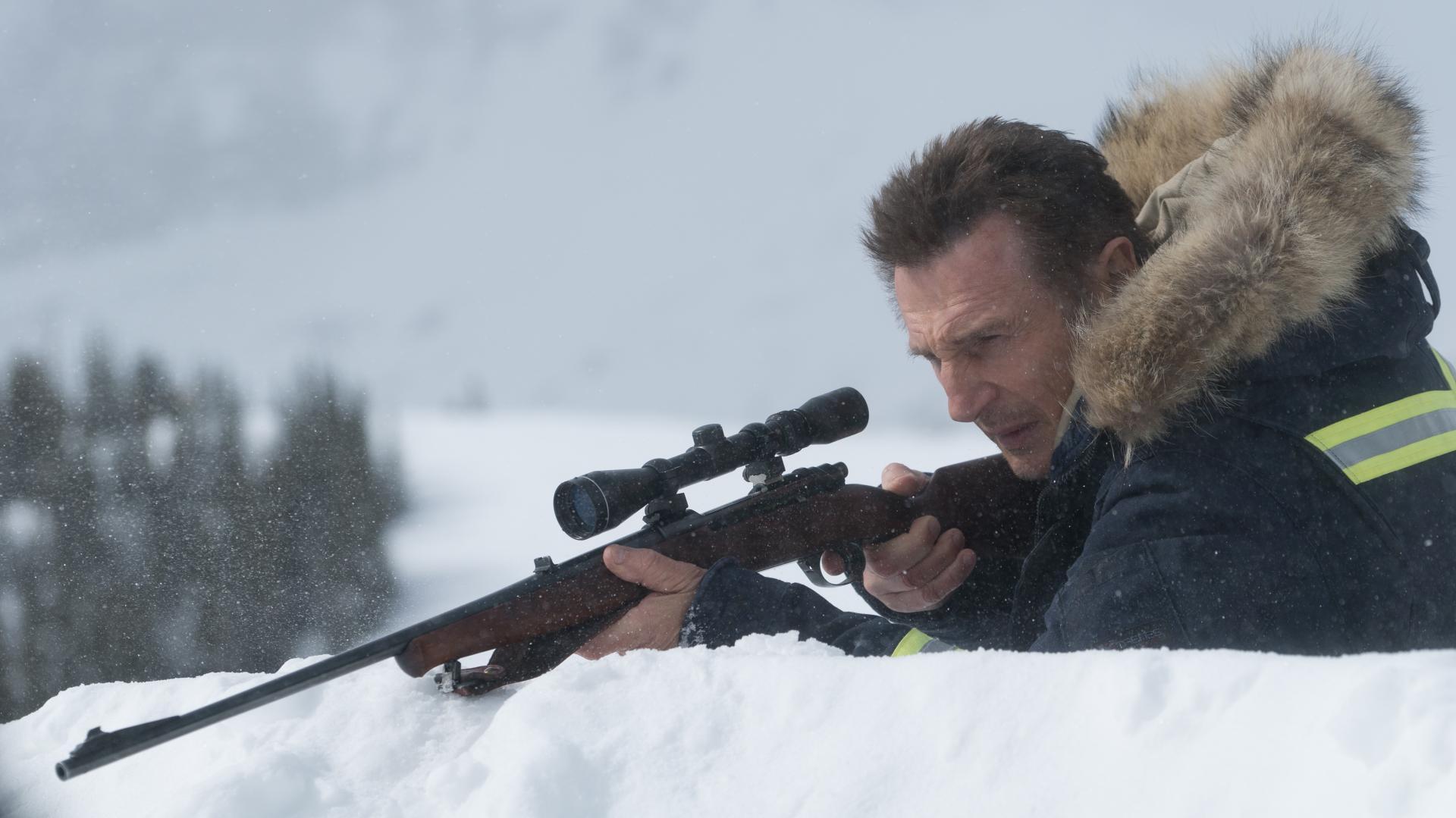 Thank you for reading! What are your thoughts on Cold Pursuit? Comment down below!

[…] and the conveniences that come with it, this becomes as believable as the supposedly true story of Fargo. Reality might be stranger than fiction, but it’s rarely as […]