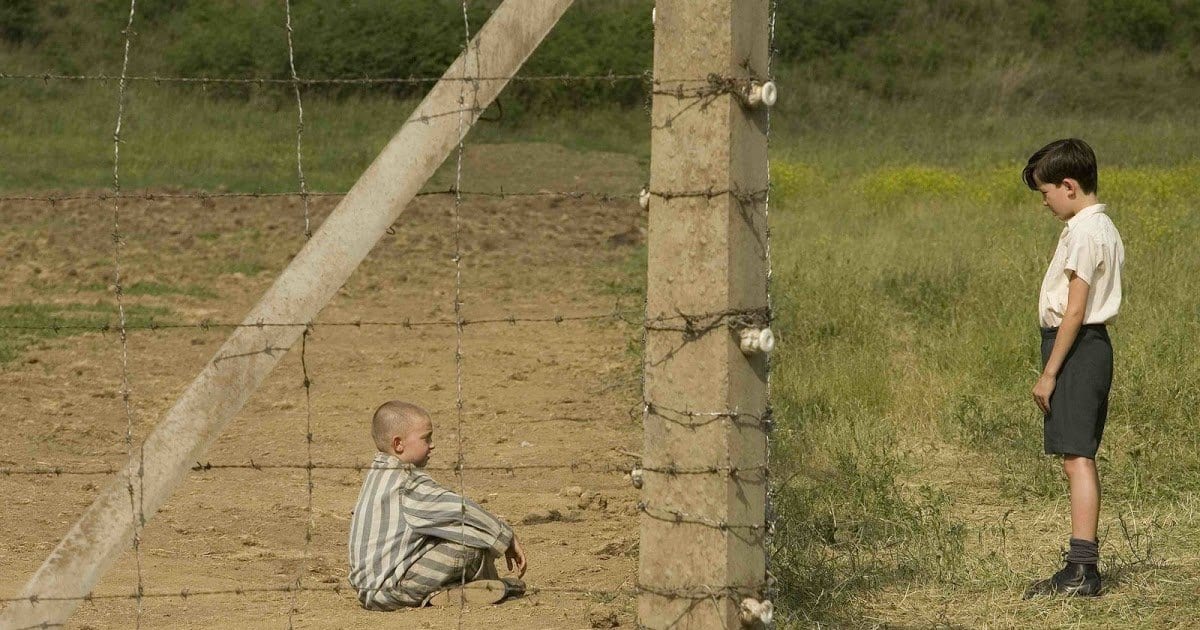 In a few days, spring will be here. It will be a time of rejoicing for many, but it wasn’t for millions of people — men, women, and children — many years ago. With the European spring, the Nazis began annexing more and more territory and forcing Jews into their newly opened concentration camps. The Holocaust was beginning.

The Holocaust was an absolutely horrifying part of world history. While it should never be glorified in media, movies tend to help us truly comprehend what went on and why we should never repeat it. The following movies fulfill that purpose.

Written by renowned playwright Arthur Miller, Playing for Time tells the story of the female prisoners at Auschwitz who played music for their captors in return for their lives, losing respect from their fellow Jews in the process. Vanessa Redgrave and Jane Alexander play their roles so convincingly and elicit such emotion that it brings tears. The cinematography and lighting are also spot on in this movie, effectively conveying the dark, depressing mood needed. It’s a horribly dismal depiction of the humiliation and ridicule these women faced as “traitors” to their dying friends. Just another reminder of this awful time. 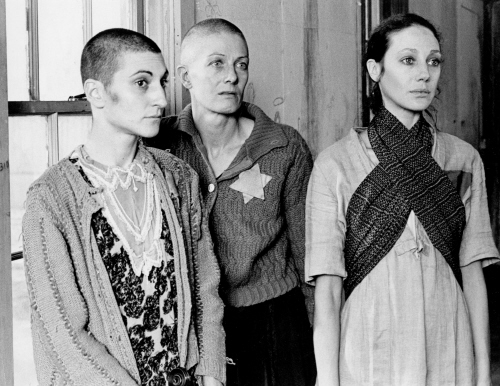 Once again, be aware that when you are watching films about the Holocaust, you’ll probably be left feeling more than a little depressed. A Nazi doctor (Allan Corduner) is forced to work in the crematoria — basically killing his fellow Jews — placing himself in a morally grey zone. It’s a beautifully rendered film about what dreadful lengths one would go through to save one’s own hide. Harvey Keitel, David Arquette, and Steve Buscemi also costar and give admirable performances. While not a feel-good film by any means, it really gives you an understanding of what these poor people went through and what they were forced to do to save their families.

While it may not be specifically about the Holocaust, it does show Jews killing Nazis. Brad Pitt stars with supporting performances from Eli Roth, Michael Fassbender, Christoph Waltz, and even a narration by Samuel L. Jackson (wouldn’t be Tarantino without Samuel L. Jackson). It’s violence is nothing short of over-the-top (a Tarantino trademark), but in this particular setting, it’s appropriate — and gratifying. It gives a sense of justice to the enraged viewer who wants nothing more than to give the Nazis a taste of their own medicine.

Hope you don’t mind subtitles, because some of the best Holocaust films are foreign. Fateless is a Hungarian film about a Hungarian teenager, György, who is sent to different concentration camps and learns what it means to be a man throughout it all. What really makes this film beautiful is the brilliant use of cinematography and color to indicate mood and tone. We truly feel we can understand the hatred of young György as he’s shuffled from camp to camp, watching friends and loved ones die. We are as depressed and angry as he is. It’s a deeply emotional film.

Let’s face it: any movie with Meryl Streep is going to be Oscar-worthy. However, I wasn’t prepared for how much this movie would play with my emotions, even though I knew the plot going in. It’s a dark movie: Sophie battles PTSD from Nazi concentration camps and her Jewish, Holocaust-obsessed lover (Kevin Kline) has violent tendencies and masked mental illness. Young writer, Stingo (Peter MacNiol), who befriends the couple, narrates all of this. It’s tragically beautiful and portrays the utter hopelessness and brutality of the Holocaust.

While this isn’t strictly a cinematic film (it’s a TV movie), it still carries the same depth and emotion as all the other films on this list. The Jews imprisoned at the Sobibor death camp faced a quandary: they needed to escape but if their attempt failed, all those who tried to escape plus an equal number of the innocent Jews would be executed. But they couldn’t kill the guards either because then they’d have been no better than their Nazi captors. It is all based on true events that happened at the Sobibor death camp during the Holocaust. While it obviously has its heavier moments, it is also quite inspiring and a testament to the human spirit. Alan Arkin stars and helps shape this movie into an educational, sobering film. 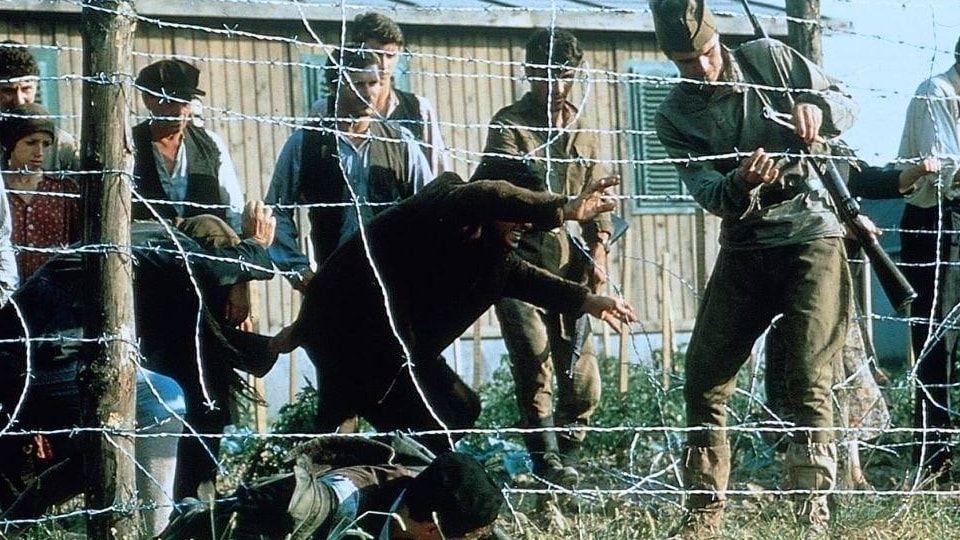 The Pianist follows concert pianist Wladyslaw Szpilman as he struggles to survive the destruction of the Warsaw ghetto during the Holocaust. Adrien Brody delivers a compelling performance as the rich, talented pianist who loses everything — a performance he rightly won an Oscar for. The absolute devastation the Polish Jews faced is painful to watch. At one point, six people share one piece of candy that seems no bigger than my thumb. Yet, they are as grateful as could be for that small comfort. To see this depiction of people who lost so much and still had hope is astounding and a must-watch for everyone.

Who would have thought that a movie that made me giggle would also rip my heart out and stomp on it? CERTAINLY NOT ME. Roberto Benigni gives a spectacular performance in this Italian film (be aware that there are subtitles). Depicting the struggle of a father to shield his young son from the more graphic parts of the Holocaust, it is both heartwarming and heartbreaking. While it may have it’s funny moments, be aware that this film is by no means light and should not be watched on a bad day.

This movie portrays the violence and horror of the Holocaust through a child’s eyes, which makes it all the more horrifying. As you watch young Bruno (Asa Butterfield) interact and try to understand the Jewish boy, Shmuel (Jack Scanlon), you cringe with the knowledge of what you know is coming. It’s absolutely gut-wrenching to think that young boys who barely knew the meaning of the word “war” were caught up in this awful part of history. It’s a grim reminder of how Nazi Germany eliminated nearly an entire race merely out of hate — regardless of age, gender, or anything.

What movie could top this list other than Steven Spielberg’s Oscar-winning film, Schindler’s List? This movie earns its place at the top of the list mainly because its historically accuracy makes the viewer almost physically ill to watch. The senseless atrocities, the coarse brutality, and the uncaring men and women who murdered so many of their fellow human beings leaves you with a bad taste in your mouth. Liam Neeson gives a spectacular performance — the best of his career. His final scenes had me fighting back tears. And Ralph Fiennes’ supporting role sends shivers down my spine.

Thanks for reading!  What are your thoughts on the top 10 best Holocaust movies?  Comment down below!

I’ve seen several ones on the list and I must say they were well done. It’s a shame that people will do anything to stay alive, be it for the enemy or for the ones they hunt down!! History will be repeated you know, so I suggest people think ahead and prepare for it is coming!! Soon foods will be scarce, water, medications, communications, etc. People need to start to put things aside and not blab it to anyone. If any of you are not saved but understand parts of the Bible, read it, read it again!! It tells you, so if your not saved you beast seek out a believer and seek how to be saved, then you won’t have to go through with all of this!! I know I am going in Glory before all Hell breaks loose. GOD be with you!!

I PRAY YOU READ THIS, WE ALREADY HAD A SAMPLE OF WHATS TO COME.

Walking With The Enemy (2013) – My emotions ran every way possible. Definitely worth watching!

There are some films there I will have to watch and others I’ve seen which are very good and moving. My Step Grandfather was a POW through 3 years of the war and I’m about to retrace his footsteps through Italy and Germany – there are some fascinating stories that come out of those dark days

a very good movie about Holocaust is Zookeeper’s Wife – 2017

I actually wasn’t a huge fan of that one. Didn’t maintain my attention

It’s a great list. However I have problems with the inclusion of Playing For Time, due to the discrepancies in Fenelons testimony and the added sexual element added to the screenplay by Arthur Miller

These are all excellent choices for the list. I couldn’t agree more. I was glad to see “Son of Saul” in the honorable mentions as well.

There are two others that come to mind that are also very good:

Remembrance (2011) – A German-Jewish young woman and Polish young man fall in love and escape a Nazi concentration camp. It is based on the true story of Jerzy Bielecki and Cyla Cybulska. (from Wikipedia)

Conspiracy (2001) – Dramatizes the 1942 Wannsee Conference. The film delves into the psychology of Nazi officials involved in the “Final Solution of the Jewish Question” during World War II. (from Wikipedia)

Great list! I definitely agree about The Pianist (of course). ;) And Life Is Beautiful is amazing!! I love it.

Lol I knew you would ? thanks!

Mine too. One of only 3 movies that have made me cry ?

The Boy in Striped Pajamas made me cry.

I remember I was 13 when I went to see The Boy in the Striped Pyjamas with a friend. At the end you could hear people crying in the cinema and when the lights came up you hear a pin drop. Everyone got up and left in silence in complete shock. Never experienced anything like that at a cinema since. x