This is Part 2 of MovieBabble’s French Film Festival coverage. If you missed Part 1, click here to read.

The 30th annual Alliance Française French Film Festival is now in full swing. Here are a few more films that I have caught at the Festival.

The World Is Yours (Le Monde Est À Toi)

Renowned Greek-born French music video director, Romain Gavras returns to the realm of feature films for his sophomoric directorial outing. The World Is Yours is a gangster action comedy that follows a small-time drug dealer, Fares (Karim Leklou) who’s ready to give up his life of crime. But when he discovers his overbearing mother (the seemingly ageless Isabelle Adjani) has gambled away his life savings, Fares is forced to complete one last job involving Spain, drugs, kidnapping and the Illuminati.

Gavras has created a very stylish and energetic film in the same vein of Guy Ritchie and Quentin Tarantino’s early works. While the plot is very familiar and has been countlessly recycled in the crime and gangster genre, it’s the eccentric, larger than life characters that makes The World Is Yours such wildly entertaining fun, especially with the supporting cast. Vincent Cassel in particular as Henri, a numbskull ex-con paranoid about the power and control of the Illuminati, constantly has the audience in stitches.

Thankfully the film has a strong sense of self-awareness and does not take itself too seriously, but rather fully embraces the ridiculousness of the script. While the film is commendable for its culturally and racially diverse representation of modern France with its cast of characters, there are a couple of poorly executed scenes that exploits this for comedic effect which leaves a very sour aftertaste.

For U.S. readers, The World is Yours is now streaming on Netflix. Director Stéphane Brizé re-teams with Vincent Lindon for another social realist drama about struggling factory workers after 2015’s The Measure of a Man. In At War, Lindon plays Eric Laurant, the leader of an automative factory worker’s union. After promising the job security of 1100 workers, the managers of the factory decide to close the factory down, despite record profits and heavy financial sacrifices from workers. An enraged Laurant leads the 1100 strong workforce to fight the decision and save their jobs.

Brizé adopts a vérité style of filmmaking similar to social realist filmmakers like Ken Loach and the Dardenne Brothers. The worker’s protests are so overwhelming and so well-directed, it’s difficult not to get swept up the worker’s battle for their jobs and become immersed in the cacophony of chants and rallying cries. Vincent Lindon gives a powerful lead performance and is well complemented by solid supporting cast of non-professional actors.

Though the protests and board room meetings with the workers get quite intense and quickly escalate to a boiling point, these sequences are incredibly repetitive. Understandably, this is done to present the stubbornness and greed of the corporate world, but it becomes very overstated and heavy handed. The score of the film is also very poor. It’s a bizarre arrangement of bass-heavy guitar tracks that sound so generic and would be better suited in an action film. The climax and final resolution of the film is also downright terrible. It completely goes against everything the film had carefully and methodically been building to throughout the runtime.

In the end, At War is a decent film about people banding together to take down the 1% that inadvertently captures the spirit of the current Yellow Jacket movement in France long before it began. Though anchored by a fantastic central performance, it is weighed down by its lengthy runtime, repetitive and cyclical structure and god-awful ending.

While At War was a bit of a let down, Sophia Antipolis is easily the biggest disappointment of the festival so far. The film takes place in the titular technology park on the French riviera, Sophia Antipolis as we follow five characters who are all inhabitants of the technopole. Each of these characters are somewhat connected through the tragic death of a young girl named Sophia.

Apologises for being so blunt, but this film is just boring and uneventful. The most interesting aspects of this film are moments completely unrelated to Sophia’s death. One character in particular, a south-east Asian migrant that joins a cult-esque community group after the death of her husband. Once that arc starts to get engaging, the film moves on to the next character and she is never seen again.

The connections these characters have to the death of Sophia are so sloppily put together and are needlessly confusing. The announcement of Sophia’s death does not happen until the 74-minute mark (in a 98-minute film), which by that point, you’ve completely checked out of the film, just waiting for the credits to roll.

Sophia Antipolis had a lot of promise and was one of my most anticipated of the festival, but was an immensely disappointing bore of a film. Don’t waste your time or money on this one.

After his award-winning English-language films, Clouds of Sils Maria and Personal Shopper, Olivier Assayas makes a triumphant return to French cinema. Non-Fiction is a light romantic drama centring on group of dissatisfied creative types living in Paris. Selene (Juliette Binoche) is an actress tired of playing a cop on a popular police procedural series. Her husband, Alain (Guillaime Canet) is a top shelf Parisian publisher refusing to publish the new novel by his writer friend, Léonard (Vincent Macaigne). When Selene and Léonard begin to have an affair, professional and personal conflicts reach a boiling point.

Assayas carefully manages to avoid pitfalls of self-indulgence and constructs a very pleasant, witty and enjoyable film. Though first world problems and “struggles” of the artistic bourgeois (which I normally find irritating and shallow in most independent cinema) are present in Non-Fiction, Assayas does not wallow in these aspects. That is a huge credit to Assayas’ writing. Especially a film with a heavy focus on the death of print and the rise of digital media, this could have easily have become hollow nostalgia-bait that hipsters would eat up.

The characters are likeable, the performances are great and the interactions between the characters feel genuine and are thoroughly engaging. Non-Fiction is a lovely, light-hearted film that is one of the strongest of the festival so far. For a film where characters are lamenting the rise of digital media, part of me really wants me to see Non-Fiction go to a streaming service like Netflix for the ultimate irony. 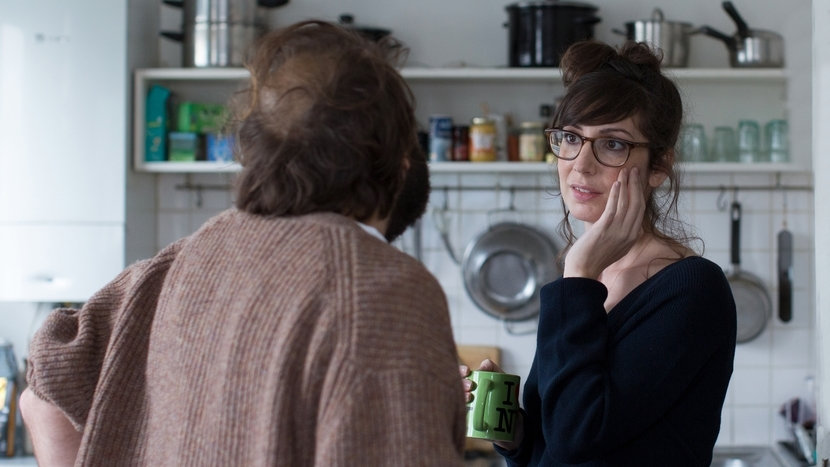 To view the full program and buy tickets, head to www.affrenchfilmfestival.org

Thank you for reading! What are your thoughts on the 2019 Alliance Française French Film Festival? Comment down below!