2019 marks the 30th anniversary of the Alliance Française French Film Festival, bringing the best of contemporary French-language cinema to Australia since 1990. Screening at Palace Cinemas locations all across Australia, this year’s festival hosts an impressive line up of 54 features and documentaries — the most in the festival’s history. Featuring works from likes of Jacques Audiard, Claire Denis, Olivier Assayas and Jean-Luc Godard, this milestone 30th anniversary will be a festival to remember.

I’m thrilled to be covering the festival for MovieBabble and have already had the opportunity to preview a number of films playing. Here are some films to look out for at this year’s Alliance Française French Film Festival:

Jacques Audiard’s follow-up to his Palme D’or winning film, Dheepan is his first foray into English language cinema with this revisionist western. Joaquin Phoenix and John C. Reilly play the titular Sisters Brothers, a pair of assassins hired to travel to San Francisco and kill a mysterious prospector/chemist named Herm Kermit Warm (Riz Ahmed). Complications arise when another gun-for-hire on the target’s tail, John Morris (Jake Gyllenhaal) decides to team up with Warm.

Audiard has created a layered and lived-in Old West setting and is blessed with strong performances from his cast. Phoenix and Reilly’s chemistry is where the film is most engaging. Both actors are playing against type, with Phoenix as the very eccentric, unpredictable and violent Charlie, while Reilly is the more reserved, quiet straight-man in Eli. The chemistry between Ahmed and Gyllenhaal is also strong and their characters becoming closer is nicely juxtaposed with the Sisters Brothers slowly becoming more distant and bitter to each other.

The Sisters Brothers is a technical marvel. The stunning cinematography from Benoît Debie, the score from master composer Alexandre Desplat and the outstanding production and costume design are all excellently done and perfectly captures the 1850s setting, giving the film its necessary grimy and down-and-dirty feel and look. The plot is a little thin and some audiences will find the third act fizzles to an anti-climax. However, this third act features unexpectedly profound and impactful commentary on how the ignorance and negligence of man can rob the world of innovators for change.

The Sisters Brothers is a solid English debut from Audiard. Despite tanking at the global box office ($10.2M from a $38M Budget), hopefully Audiard will have more opportunities to direct stateside films.

Jacques Audiard will be in Melbourne and Sydney during the festival for an Introduction and Q&A at selected screenings of The Sisters Brothers. For more information and tickets, head to www.affrenchfilmfestival.org

Dominique Rocher’s debut feature is not your average zombie survival horror film. In The Night Eats The World, Sam (Anders Danielsen Lie) shows up to his ex-girlfriend’s apartment in Paris during a wild party to take home personal belongings he left behind. Not wanting to make a scene or confront any party guests, he locks himself away in an empty room where he falls asleep. When Sam awakes, he discovers that all the party guests (and seemingly all of Paris) have become the walking dead and that he is the lone survivor.

Adapted from the novel of the same name by Pit Argarman, The Night Eats The World could have been a strong, thinking man’s zombie film. Unfortunately, confining the narrative to a singular location is to the film’s detriment. Sam is not an interesting character and the film is more about his survival in isolation that it is with break-neck, zombie action. This could have worked, but there is no real sense of urgency or tension present in the script until the third act, making for a sluggish and dull first hour.

The plot is monotonous , the pacing is meandering and you never get a proper sense of how much time has passed and how long Sam has trapped himself in this Parisian apartment complex. When the film does get the zombies, it’s gruesome fun. But it’s French cinema stalwart, Denis Lavant as Alfred, a zombie trapped in a lift that Sam befriends who steals every moment he is on screen, without uttering a single word.

Horror fans might get a kick out of this, but The Night Eats The World left me hungry and wanting more.

This French/Swiss co-production is the debut feature from writer/director, Elsa Amiel and is an intriguing sports drama. Pearl follows female bodybuilder, Léa Pearl (played by real life bodybuilder, Julia Föry) as she prepares for the finals of a major bodybuilding competition. Léa’s past catches up with her as her ex-lover shows up out of the blue with their 6-year-old son, further complicating her situation and pushing her to her breaking point.

Pearl is an interesting film that seeks to challenge traditional ideals of beauty and femininity without the use of sexualized imagery. However, it never quite reaches its full potential. Föry gives a very impressive turn as Léa. Some of her delivery is a little robotic and stiff, but she fantastically conveys Lèa’s feelings of remorse, determination and escalating frustration and stress. The interactions with her extremely strict and demanding coach and her young neglected son bring out the best of Föry’s performance.

Unfortunately, Amiel chooses to focus more on the familial angle of the story and only scratches the surface of the effect this unexpected reunion has on Lèa’s career. There are some interesting insights into the cutthroat world of competitive bodybuilding, but squanders an opportunity to explore the psychological underpinnings of what really motivates Lèa and why this competition means so much to her.

At a breezy 80 minutes, Pearl is overall a mixed bag, but a very promising directorial debut for Elsa Amiel . The new film from Mikhaël Hers is a Parisian family drama from the perspective of David (Vincent Lacoste), a carefree man in his mid-20s getting by as a landlord’s assistant and landscaper for the city council. Responsibility is soon thrust upon David as he’s forced to assume guardianship over his 7-year-old niece, Amanda (newcomer Isaure Multrier) after his sister is killed in a random act of violence.

Hers has beautifully crafted an incredibly soulful and moving film with Amanda, creating a very personal and heartbreaking account of life after a national tragedy. The film examines the impact of these horrific attacks that have shattered France over the past few years, dealing with these tragic events with a true sense of purpose and maturity in a tactful manner that never feels disingenuous, manipulative or exploitative. However, the most powerful and emotionally resonant aspect of Amanda is its personal perspective and the relationship between Amanda and David.

Vincent Lacoste delivers a truly excellent and grounded performance as David. He brings a strong sense warmth and humanity to the role and displays a very complex range of emotion. The scene where he must break the news to Amanda that her mother is dead is a masterclass of acting from Lacoste that is absolutely gut wrenching and will have audiences weeping. Isaurie Multrier also gives a stunning turn as the titular Amanda. Unfortunately, she has considerably less screen time than Lacoste, but her performance leaves a lasting impression. Multrier perfectly encapsulates the inherent sadness and anger of a child whose entire world has been fractured.

Have some tissues handy, because Amanda will capture your heart and make you cry. Mikhaël Hers’ touching and life-affirming film reminds us that there is always light at the end of the tunnel, no matter how lost and hopeless things may seem on the road to recovery. My highlight of the festival so far. 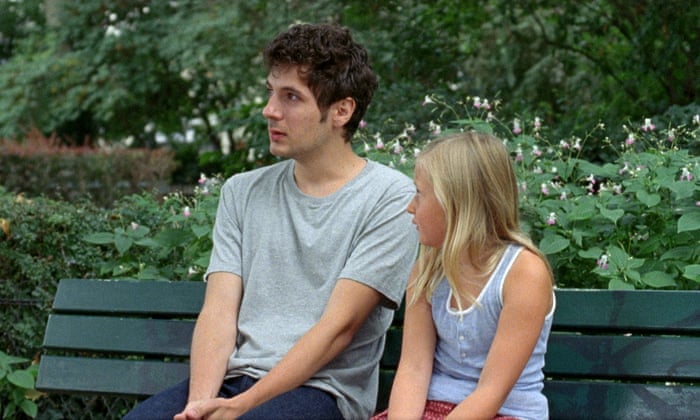 These are just a handful of the 54 features and documentaries screening at Palace Cinemas locations across Australia as part of the 30th annual Alliance Française French Film. More mini-reviews and a full review for Claire Denis’ cerebral Sci Fi film, High Life coming soon. To view the full program and buy tickets, head to www.affrenchfilmfestival.org

Thank you for reading! What are your thoughts on the 2019 Alliance Française French Film Festival? Comment down below!

[…] movie (which also goes by the title Police) is currently being shown at the Alliance French Film Festival in Australia. The pace is a little slower than I’d imagined, particularly at the beginning. There […]

‘Final Set’ Has Enthralling Drama, Both On and...