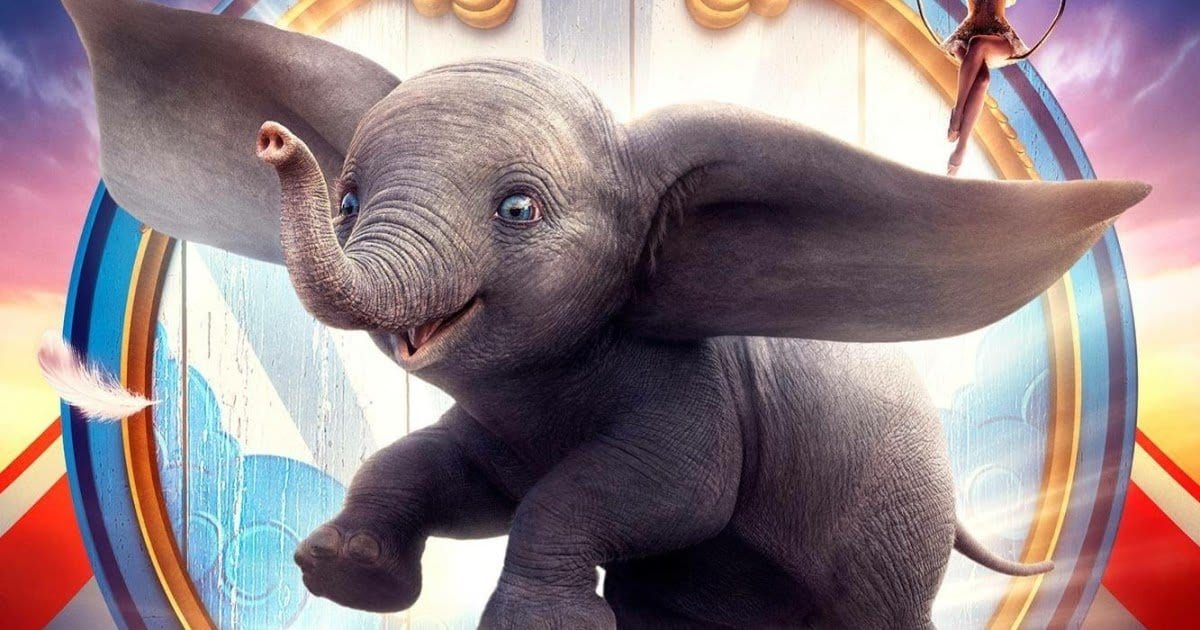 I never expected Dumbo to ever appear on the roster of Disney’s live-action remakes rolling out since 2010. Like so many, I questioned this decision. The announcement that Tim Burton would be directing only added to the confusion. The original story is so simple enough that adding more to it would be padding. Yet, as I did with the other remakes, I tried to give it the benefit of the doubt. Does this elephant soar, or fall flat? Let’s find out.

Former circus star Holt Farrier (Farrell) returns to his family and work in the aftermath of WWI. When his children discover newborn elephant Dumbo can fly thanks to his enormous ears, the pachyderm becomes an overnight sensation. This catches the eye of unscrupulous entertainment mogul V.A. Vandermere (Keaton). He makes Dumbo the main attraction of his theme park, but at the cost nearly tearing Holt’s family and the circus apart. Can Holt reunite Dumbo with his mother and save them from Vandermere?

Let’s get the good out of the way first. There’s no doubt that this is Tim Burton’s nicest looking movie in ages. The colors are vivid and inviting. Vandermere’s circus is a sumptuous show I wish was real. His theme park, Dreamland, is a dream come true for anyone who adores boardwalk entertainment of days gone by. It combines the best of Coney Island’s heyday with every World’s Fair.

I had my concerns about Dumbo’s redesign. Models and the trailers plunged him deep into the uncanny valley. Thankfully the CGI for the elephants is more convincing. As much as I wish there was a mix of practical and CGI effects, it does its job well. Dumbo’s big baby-blue eyes earn my sympathy on their own.

But as we’ve learned by now, beautiful features can’t save a poor movie. Dumbo is more style over substance than a flashy parade. When I look at the scenery, I wish it was part of a better film. There are some visual and musical cues of the original that occasionally show up, but they feel thrown in for the sake of pleasing fans. As they appeared I began to wish that I was watching the first one instead. 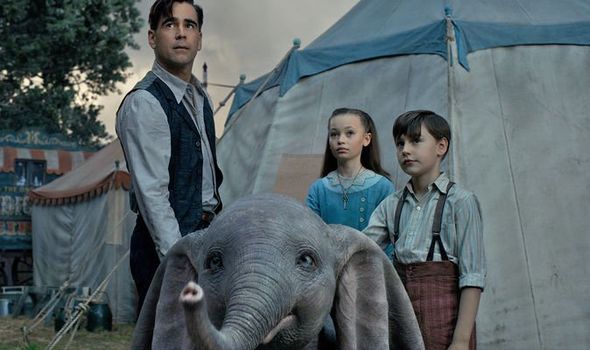 Subpar Acting Held Back By Even More Subpar Writing

Farrell and Green go through the motions. DeVito brings his spirited chops to the ringmaster Medici, but compared to his roles in previous Burton films he feels watered down. The one performance I gravitated towards was Keaton’s. He’s having a ball as the conniving Vandermere. The only thing he’s missing is a mustache for him to twirl. It’s a shame his character is as flat as the rest of them. Holt’s daughter Milly suffers the worst of it. Her feelings and scientific ambitions are expressed in the most hamfisted dialogue since the Star Wars prequels. This is not helped by her wooden acting. Her brother, on the other hand, suffers from too much enthusiasm.

The movie condenses the entirety of the original film into the first twenty minutes, resulting in retreaded plot points and contrivances in order to stretch out the runtime. Why would Medici believe an elephant born with larger than normal ears not be good enough for his show? How is the hurtful nickname “Dumbo” a better name for him than his given one? Why does Alan Arkin’s banker deem Dumbo a flop after seeing him soar for himself? And why does everyone who wants Dumbo to perform for them think it’s a good idea to keep him separated from his mom? Don’t expect any answers, least of all ones that make sense.

But perhaps Dumbo‘s greatest sin is that the titular character is no longer the star of his own movie. In moving the focus to the dull humans surrounding Dumbo, he becomes no greater than a MacGuffin, an object moved and pursued from place to place by various parties. His journey of self-discovery barely exists. In its place is a muddled message about family and self-reliance. 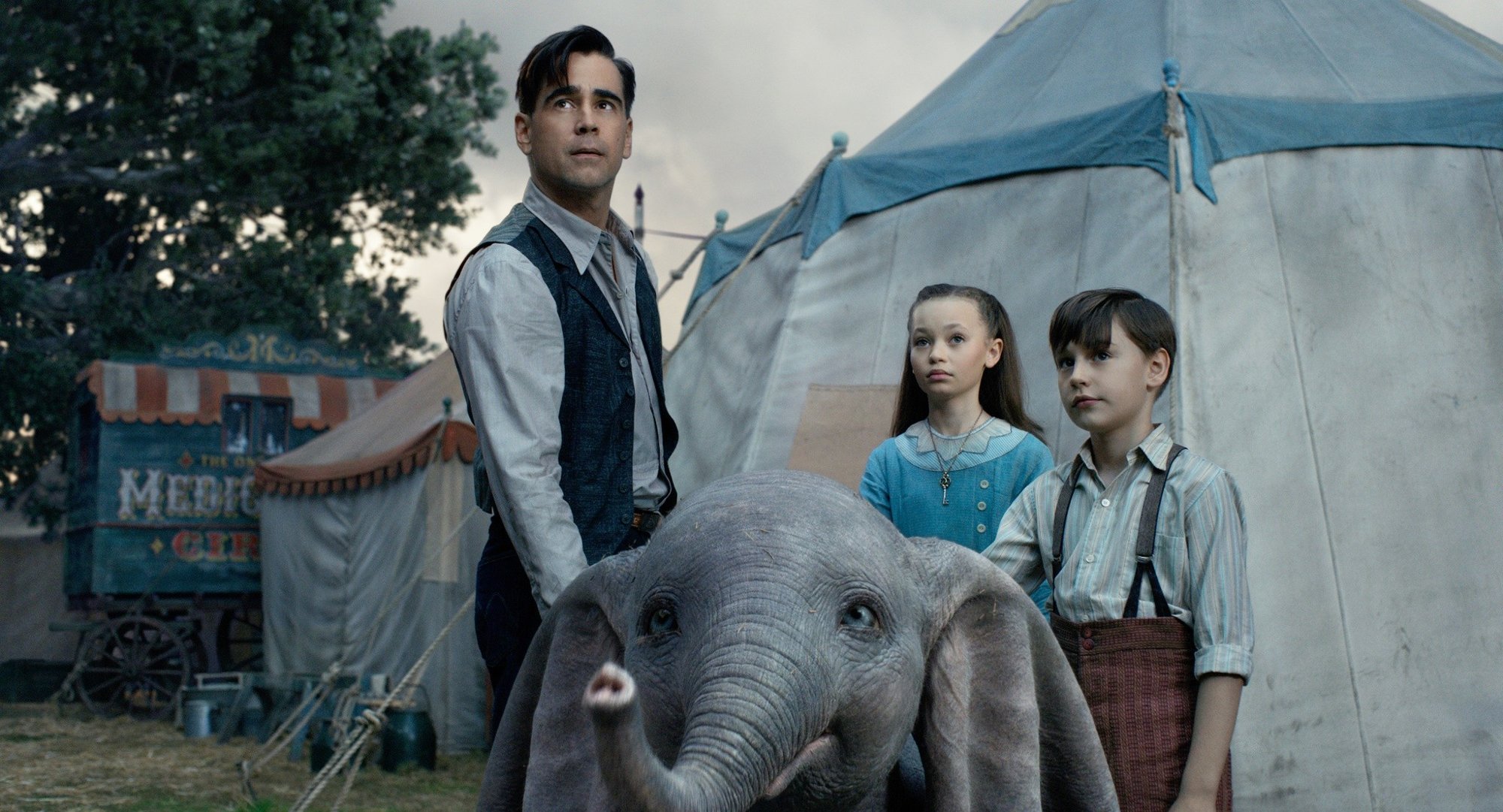 Failures of a Modern Adaptation

The original Dumbo has plenty of elements that make it difficult to readapt. Gone are the crows and their perceived racial implications. Dumbo no longer gets drunk and he doesn’t hallucinate the pink elephants that get him off the ground. In fact, Medici makes a point of keeping alcohol away from Dumbo. But scrubbing away these features rob the movie of the original’s identity. It was subversive to have black characters play a positive role in a film back then as the crows do. Tim Burton’s refusal to have more than one black person in his cast has far worse implications in my opinion. And having the main character of your children’s movie get drunk doesn’t endorse drinking; if the Pink Elephants are anything to go by, it encourages the opposite. Keeping Dumbo dry renders the homage to the Pink Elephants sequence completely pointless.

Of course, there’s the biggest change of all — the ending. Without spoilers, it’s heavily altered in order to mollify complaints about how circuses treat elephants. While I’m glad that circuses are ending the practice of torturing elephants for entertainment, the way they present this message is very hammered in. In those days, most venues wouldn’t dream of going the route they do in the film. If they wanted to provide a natural conclusion and appease animal rights activists at the same time, it should have been developed more.

I can honestly say that out of all the live-action remakes Disney’s made, this is by far the most pointless. If you’re looking for a movie with twice the heart at half the length, seek out the original. Dumbo is proof that first time’s the charm.

Thanks for reading!  What are your thoughts on Tim Burton’s Dumbo?  Comment down below!

[…] behind it as the previous two films, and that’s exactly the problem. Rather than being a subversive animated movie that speaks better to adults than children like the previous installments, Shrek the Third is […]

I saw the online trailer to the re-make of “Dumbo”, and I was not at all impressed. The original Disney’s “Dumbo” was far better than that.