September is normally a time where movies that aren’t quite “Oscar-worthy” in terms of premise or genre get released.  American Assassin sits firmly in this category as an action-thriller with a little spy flavor.  Based off of the book of the same name, American Assassin looks to carve out a nice niche for itself among the more recent spy films.  The following review will be spoiler free. 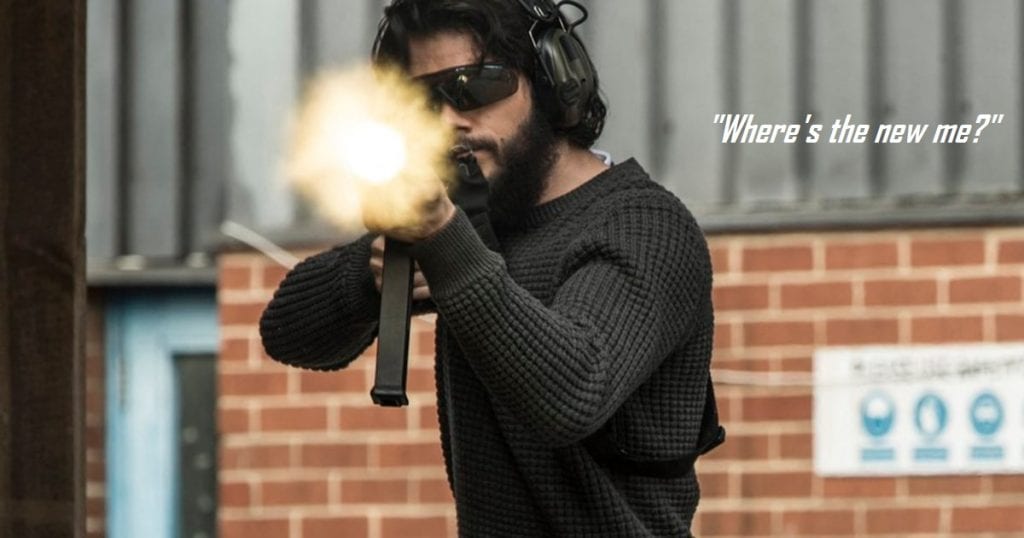 American Assassin is directed by Michael Cuesta and stars Michael Keaton and Dylan O’Brien along with Taylor Kitsch and Sanaa Lathan in supporting roles.

After a traumatic experience leaves Mitch Kapp (O’Brien) in tatters, he gets recruited by the CIA black ops under the direction of Stan Hurley (Keaton), a cold war veteran with expertise in many areas.  The two are assigned by the CIA Deputy Director (Lathan) to investigate a wave of seemingly random attacks to both civilians and military personnel.

However, the two men quickly realize that a mysterious operative called Ghost (Kitsch), a former black op under Hurley, is behind the attacks and is hellbent on starting a war by acquiring a nuclear bomb.

Production for the film got underway with another book, Consent to Kill, as the basis for the story.  The novel follows the same lead character, Mitch Rapp, only a few years down the road.  Naturally, CBS Films looked for a more seasoned actor for that particular role with men such as Gerard Butler, Colin Farrell, and Matthew Fox on the shortlist and Antoine Fuqua set to direct.

However, when the prequel novel, American Assassin, was released, the studio found the perfect opportunity to cast younger and show the initial period in Mitch Rapp’s black ops career.  Believe it or not, Chris Hemsworth was courted first for the role of Mitch while Bruce Willis was set to play the part of Stan Hurley.  But, as is the case for most high profile casting choices that go awry, scheduling conflicts kept the two from seizing the opportunity.

Finally, CBS Films and Lionsgate settled on Dylan O’Brien and Michael Keaton, allowing for production to move forward almost eight years after acquiring the rights to the book series.

Thankfully, the studios settled on two great leads as both O’Brien and Keaton accent this spy-thriller.

O’Brien is finally growing out of the YA genre, proving that he’s a different, yet thoroughly engaging lead.  The Maze Runner star puts in a very committed performance, throwing himself into action sequences and actually becoming quite believable as covert operative.  He’s very vulnerable as man who has lost his love, showing very believable emotion as his eyes flutter and his body quivers.  He’s not the typical action star that looks like a superhero.  Instead, he’s a believable human being that adds to American Assassin‘s realism.

Michale Keaton as O’Brien’s counterpart continues his streak of amazing performances in recent years.  He once again shows why he’s one of the best in the business.  Not only is he intimidating as a Cold War veteran, but we get to see the crazy, loony side of Keaton that we haven’t seen in quite some time.  Keaton goes FULL Keaton as the story progresses.  Not since “LET’S GET NUTS” has Keaton been this unhinged.  One scene in particular is worth the price of admission alone. image via Are You Screening?

A Sense of Grit that is Missing From Most Thrillers

The two leads power this film to a gritty, dirty feel that most films in the genre are missing these days.  Many spy thrillers attempt to be glossy or slick to mirror the shady line of work of the characters.  This style works in certain instances, but hardly are there any spy films that get down and dirty.

Luckily, American Assassin channels the Bourne franchise, unafraid to get downright vile and cruel.  The film utilizes a ton of cool color palettes and a haunting score that subconsciously raises the stakes for you as the viewer.  Hell, even the sounds of gun fire have an edge to them.  An unstylized, rich bang of a gun goes a long way in creating a harrowing atmosphere.

Michael Cuesta’s vision may become too self-serious from time to time, but it’s certainly a welcomed change from the usual feel.

Every Cliche Down to a Ticking Time Bomb

What keeps American Assassin from being a standout film is its cliche-ridden script.  If you’ve seen a spy movie before, then you know American Assassin’s plot.  The main baddie has vaguely Eastern European-looking henchmen in tracksuits and, you guessed it, a bomb that has a ticking clock.  From a story-based perspective, American Assassin doesn’t exactly offer the most inventive finished product.

You get the typical underdeveloped side characters that are meant to offer some more emotion to the film.  Sadly, they aren’t much help.  These all too familiar pieces sap away some of the energy from the film.  Would you be on the edge of your seat if you recognize a lot of the films elements?  I certainly don’t think so. It’s hard to give American Assassin two thumbs up for these reasons (and many, many others for that matter).  However, there’s no denying that this film is competently made and well-acted.  In this critic’s humble opinion, the film presents its cliches with a different enough spin.  With the right frame of mind, you can give them a pass.  For those reasons alone, American Assassin deserves your attention if you’re willing to give it.

American Assassin is the epitome of a run-of-the-mill film.  It has just about every trope imaginable, failing to trailblaze any new material in the genre.  However, what keeps this film solid is great performances from Dylan O’Brien and Michael Keaton in lead roles.  These two poured everything into this film, making it an entertaining watch despite its inherent shortcomings.  It gets a B-.

American Assassin is destined to be a great cable watch in a few years when it reaches television.

Thanks for reading!  What are your thoughts on American Assassin?  Comment down below!

I went with my girl friend to see the film last night. We both had a good time, enjoyed the film, were also pleased with the cast making a good fist of some lame spy thriller cliches and happy with the production values and all round competence of the filmmaking, despite the cheesy Bond echo of the nuke finale. My girl friend was upset a little by the graphic nature of Keaton’s torture scene, but stayed in her seat to the end, where Rapp’s journey turns him into the professional hit man, but for how long?.

I guess we’ll have to see if there’s a sequel to find out!

Saw this last night. Your review is spot on. The two leads made the movie. Keaton was stellar :)

The one on one scene with Taylor Kitsch is soooooo great!

Yeah, Keaton really seemed to be enjoying himself :)

I love how he’s at the point where he can do whatever project he wants so you know you’re always going to get a great performance from him.

As always, your reviews are inspiring. I haven’t seen Keaton in quite a bit (my choice of not watching much film) and am excited to hear he gives a praise worthy performance. He will always be my first Batman ☺

Thanks so much! Although I grew up with Christian Bale as my Batman, I’ll always have a soft spot for Keaton. It’s nearly impossible to dislike him!

I know! Christean Bale is a hard 1st and 2nd for me for different reasons compared to Keaton. lol

They’re just very different interpretations of the same character. Both can be appreciated very much!

Film Review – The Killing of a Sacred...