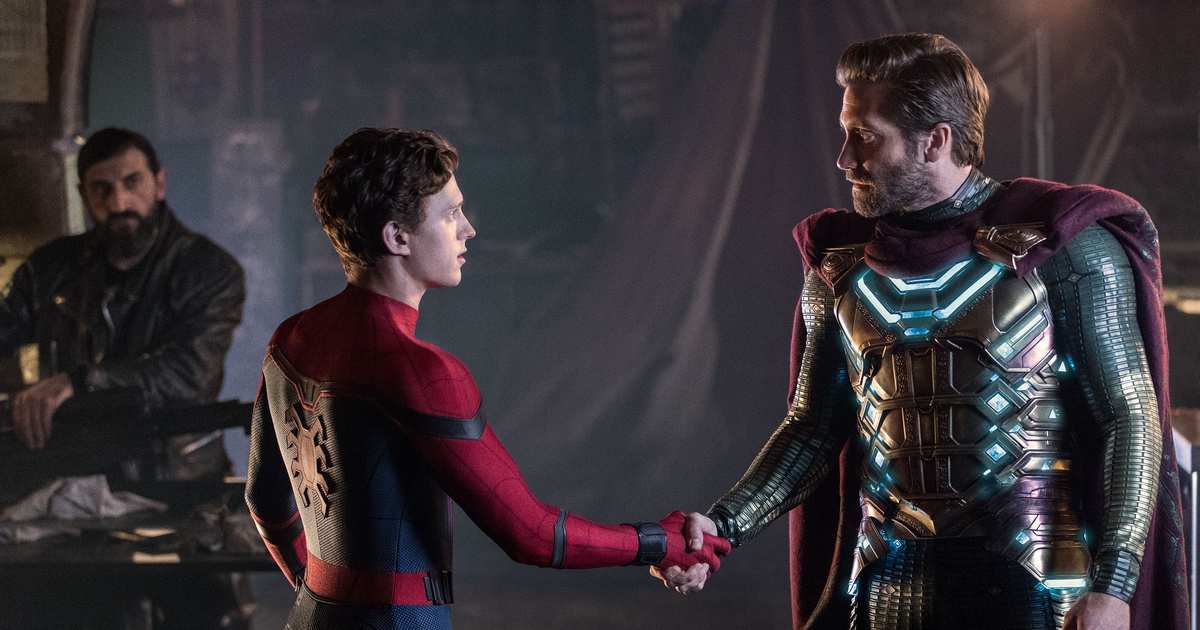 In a post-Endgame world, the MCU finds itself in a precarious position. We’re down a few heroes, with a few need to pick up where they left off and carry this universe forward into the foreseeable future. While Far From Home is the end of Phase 3, it’s essentially the changing of the guard in this universe, a new beginning of sorts with Spider-Man learning to live up to Iron Man’s legacy.

Members of the MovieBabble staff break down some of the more noteworthy parts of the film in our Spider-Man: Far From Home Exit Survey.

What were your expectations for Far From Home as the first MCU movie after Endgame?

Collin Willis: I was anxious. Endgame, and a Post-Iron Man MCU, is hard to follow up. Fortunately, Far From Home was to Endgame what Ant-Man and the Wasp was to Infinity War: a grounded story with much smaller stakes.

Steven Ruiz: I wasn’t expecting it to have high stakes since it was the first film after two huge events. I was expecting a fun Spidey film as the trailers showed.

Jen Seggio: I thought it was gonna be a fun little filler. I was not expecting the heavy themes and an insane amount of action but embraced them wholeheartedly. That mid-credits scene made me wish we’d get to the next Spider-Man movie now, though!!

Nick Kush: With Far From Home being the 23rd movie in the MCU, it’s hard to have any sort of serious expectations for this kind of product. By this point, we know the Marvel formula; most of the films follow the same structure and format. I go into every MCU movie expecting to see a solidly produced and efficient superhero flick that I probably won’t think about too much a few days after seeing it. Nothing more, nothing less.

With two solo movies under his belt, is Tom Holland the best Spider-Man?

Collin Willis: I would say yes, but my nostalgia for Tobey Maguire prevents me from saying anything but no. Honestly, it’s hard to gauge because Maguire and Holland play very different characters, not to mention the fact that Holland’s Spider-Man lives in a much larger and crazier world. It’d be like saying Man of Steel is better than Superman: The Movie because the effects in Superman: The Movie suck. Yes, they are outdated, but they are a perfect product of their own era. Also, I’m not comparing Holland’s Spider-Man movies to Man of Steel, they are much better than that.

Steven Ruiz: With watching the two Spidey films, along with Civil War, Infinity War, and Endgame, I would say he’s the best Spidey fit for this specific iteration. Just like Tobey and Andrew were the best for their iteration.

Jen Seggio: I’d go as far to say he’s the best live-action Spider-Man (Spider-Verse’s Miles Morales has got the animated market cornered but is still a contender for best all-around Spidey). Holland is the right amount of smart, powerful, dorky, and endearing without being a total doormat. And it helps that he’s got a good group of allies to back him up.

Nick Kush: I’ll be honest, I don’t understand the appeal of Tobey Maguire. I’ve never watched any film from him and left with any sort of impression, either good or bad. His personality is like a wet carrot to me. By default, it’s Holland.

(Sorry, Andrew Garfield, but you just don’t cut it. Just keep doing weird movies like Under the Silver Lake.)

What are your thoughts on Jake Gyllenhaal’s Mysterio?

Collin Willis: I’m glad they didn’t drag out the twist. We all knew he would be the bad guy all along, but they did take the time to give him some personal stakes with Peter before revealing him as the villain, so props to Jon Watts. Mysterio was a lot of fun, and his connection to Iron Man served the movie really well as an Endgame follow-up.

Steven Ruiz: First of all, this film proves he’s THE GREATEST actor right now. Who else can have a performance within a performance and both of those performances be as good as they were? I liked it a lot; I felt that his motive fit in so well with the MCU. The illusions also fit in well in the MCU with it being technology-based. It would’ve been awesome to see actual magic outside of Doctor Strange and Thor, though.

Jen Seggio: Even though I knew he was going to be the villain, he really kept me guessing when it came to his motives and his true feelings towards Peter Parker. When he gets unhinged, he gets terrifying. That psychological reality manipulation scene is the darkest moment out of any Spider-Man movie.

Nick Kush: Like most other MCU movies, I love seeing an A-list actor ham it up as a villain in one film; they wouldn’t join the MCU and sign on to 15,000 movies like Sebastian Stan when they have top-notch directors knocking on their door with roles that were written specifically for them. Unfortunately, like other A-listers as MCU villains, Gyllenhaal is pretty great, but a tad underutilized. I love the idea of special effects as the villain — it makes for a fun meta-commentary on these MCU movies as a whole — even if I don’t understand the logistics of making these special effects seem real whatsoever. Still, I needed a bit more. When Jake finally got to go a little nuts, the third act was already close to ramping up.

Here’s your chance to get your feelings out about J.K. Simmons returning as J. Jonah Jameson.

Collin Willis: Yes. Yes. 1000x Yes. I nearly died of happiness when he appeared. J.K. Simmons is a national treasure, and no one else is worthy enough to ever fill his J. Jonah Jameson shoes.

Steven Ruiz: What a surprise! It felt like fan service but I mean, the whole third act of Endgame was basically fan service. But, I love that he’s back! I like that they gave him the Alex Jones treatment, keeping it modern since no one reads newspapers today.

Nick Kush: J. Jonah Jameson as Alex Jones might be one of the best updates to a character that I’ve seen in quite some time. It’s so perfect!

Where does Far From Home rank among all the Spider-Man films for you?

Collin Willis: I don’t know, why don’t you check out the latest episode of Babble with Brennan when it drops to find out.

Steven Ruiz: It sits at #2 for me, behind Into the Spider-Verse.

Jen Seggio: In my top 3, next to Spider-Man 2 and Into The Spider-Verse.

Collin Willis: A. Far From Home is a great personal journey for Spider-Man as he struggles under the weight of being “The Next Iron Man”. The characters move forward through the crazy Post-Blip universe in a fun and fresh way. Not to mention the fact that this movie finally portrays teen romance as awkward and flighty as it really is.

Steven Ruiz: A-. I love how this Spider-Man film is really a Peter Parker film. He doesn’t want to put on the suit while on vacation, he wants to try and get the girl, he’s with his class more, and he sees a new father figure in Mysterio before learning his true identity. Great stuff!

Nick Kush: It’s a B for me. I left the theater feeling great, but as I sat on the movie, the details slowly faded away. In typical MCU fashion, it’s a competently made film with moderately zippy dialogue; these movies need to do more these days than just that to become exceptional. I struggle to find anything remarkable here. Tom Holland is always wonderful, the rest of the cast is fun, but what exactly am I going to remember about this movie in five years? I’m not exactly sure. 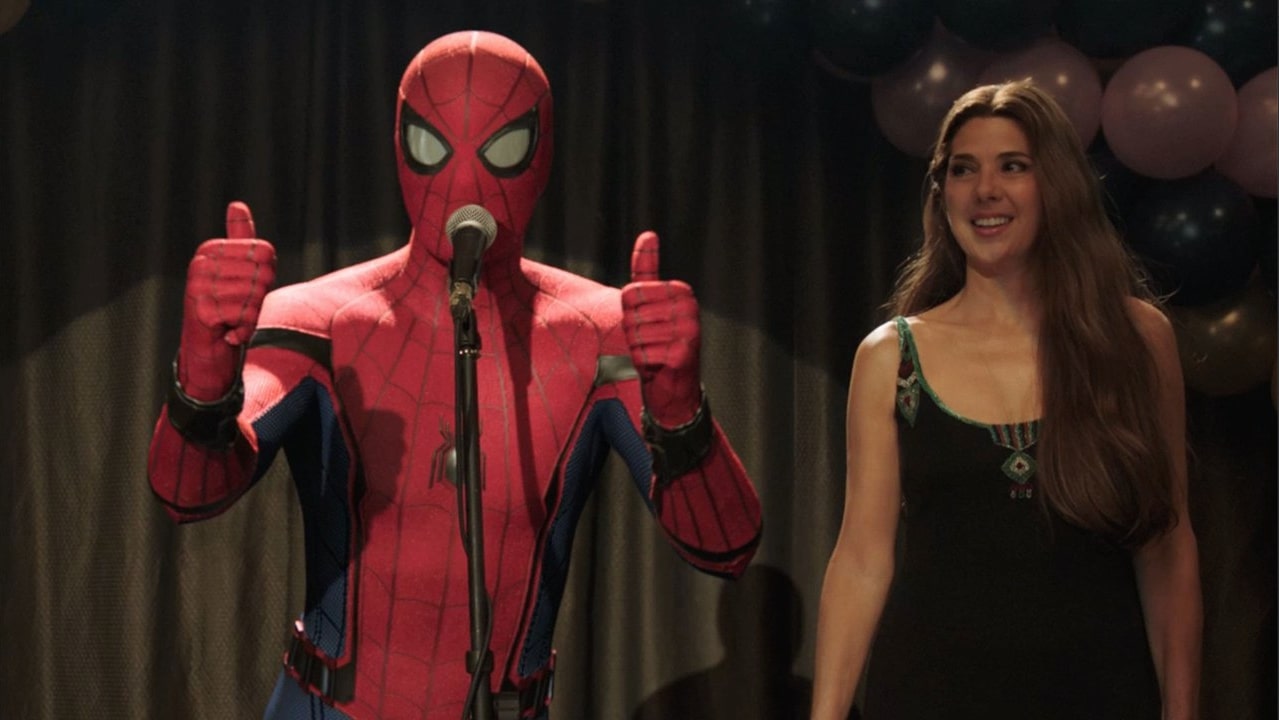 Thanks for reading!  What are your thoughts on the Spider-Man: Far From Home Exit Survey?  Comment down below!

‘Thor: Love and Thunder’: Another Film Off the...