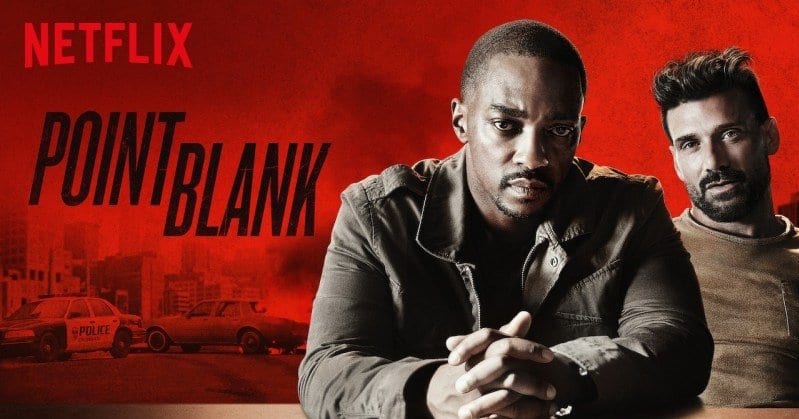 I’ve always been a fan of action-thrillers that involve corrupt cops. From Filth and Lakeview Terrace to Training Day and The Departed. The trailer for Point Blank suggests that it will follow the budding bromance between two unlikely allies who are forced together by the situations unraveling around them: specifically, those involving corrupt cops. For some reason, my mind went to Bucky and Sam in Captain America: Civil War, and I was excited to see a similar thing with Anthony Mackie and Frank Grillo.

Netflix has undeniably released some excellent movies over the past year, and so I was genuinely excited to give this one a shot as soon as it became available. How was the experience? Let’s take a look!

Paul (Mackie), an emergency room nurse, finds himself on the wrong side of the law when his heavily pregnant wife (Parris) is kidnapped and held hostage. In order to ensure her safety, Paul must get Abe (Grillo), a murder suspect with a gun wound to a safe location. The catch? Abe is believed to be carrying information that would expose the full extent of police corruption within the city.

The movie follows the pair as they team up to accomplish their mission, leading to a race across the city with cops (corrupt and otherwise) and rival gangs trying to catch and kill them every step of the way. 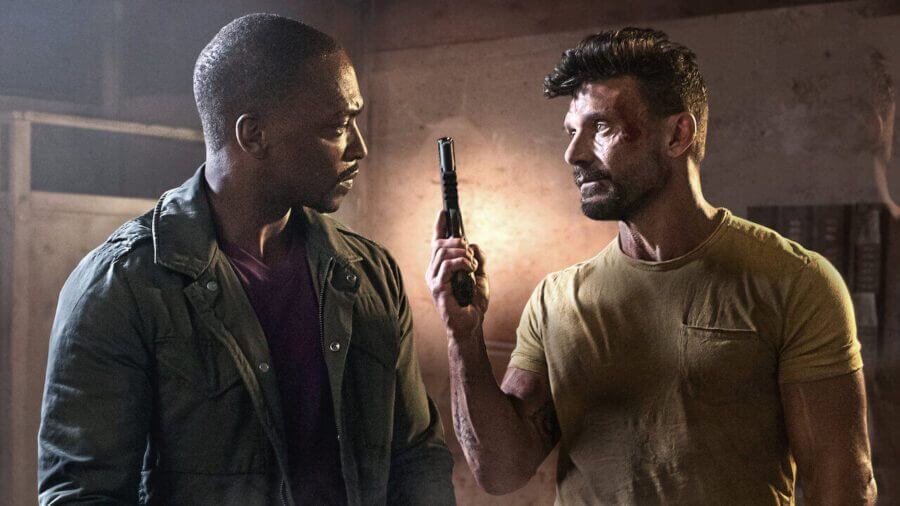 image via What’s On Netflix

On the surface, Point Blank seems to have it all. There’s action in the form of crazy gunfights and adrenaline-fueled car chases. We get comedy though the banter between the sarcastic Anthony Mackie and dry Frank Grillo. Not to mention the seemingly interesting plot surrounding dirty cops. I was genuinely excited to see and review this movie. Especially since I’m a huge fan of both the main actors.

However, the movie fails to deliver any of these things. It offers nothing to the genre that you haven’t already seen a hundred times over. It doesn’t even manage to do that in an exciting way. The action is surprisingly slow and packs little punch. The car chases don’t feel intense or fast. I felt like I was watching the 45th Fast and Furious movie where the entire cast is elderly and can’t help but drive slow and steady.

The comedy, while occasionally being slightly funny, doesn’t really rise above that. I think the closest I got to laughing was cracking a smile at one of Mackie’s comments. There are a few scenes that should be funny, but they feel so oddly out of place in this movie that they create feelings of discomfort rather than humor. It’s as if Point Blank can’t decide what comedy to go for, and so it mixes and matches with various ideas and ultimately creates a bit of a mess.

What Went Wrong with Point Blank? 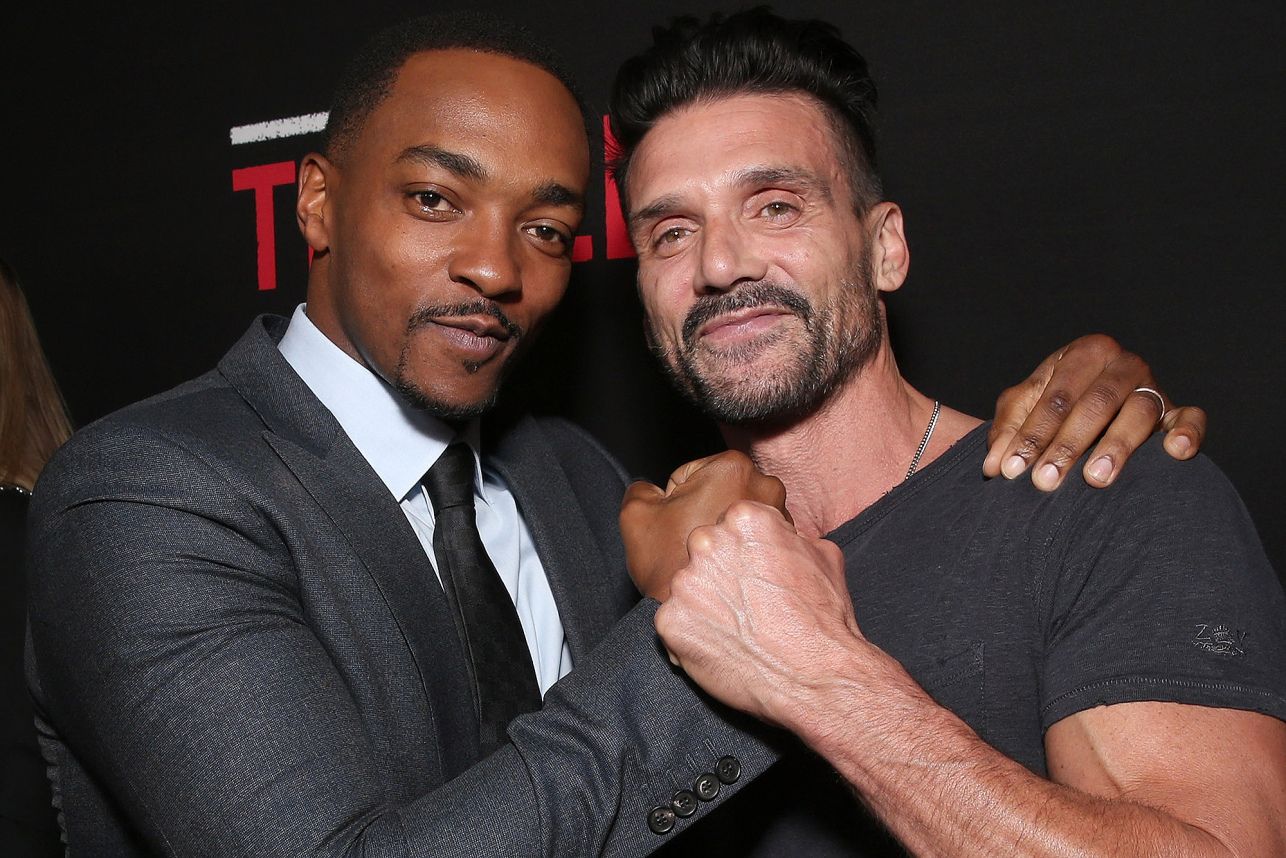 image via Conversations About Her

Overall, Point Blank is a symptom of Netflix’s attitude of ‘quantity over quality’. The movie has a hollow feel to it and seems more like a shadow of the corrupt cop concept. It is a remake of À Bout Portant (Point Blank), a 2010 French movie. Whether the original is better or worse is beyond my knowledge, but I can’t say I’d be excited by the idea of watching it.

The problem with Point Blank isn’t the cast by any means. Anthony Mackie and Frank Grillo perform exactly as you’d expect them to. Supporting cast members such as Marcia Gay Harden, Christian Cook, and Teyonah Parris all play their roles perfectly as well. The problem lies at a deeper level with the plot and characters.

I found the behavior of the characters in Point Break to be incredibly inconsistent. This is true whether you’re talking about Paul, Abe, Mateo, or pretty much anyone else. However, this isn’t the only problem. We see literally no character growth within the movie and all the development comes in the form of out of place unloading and flashbacks. Every character motivation is explained quite point blank (pun intended) through the characters telling one another why they made every single decision.

I really struggled to empathize with any of the characters in this movie. There is only really one truly emotional moment, but it isn’t enough. Point Blank spent more time telling the audience about emotion rather than showing it. This is another example of the movie constantly reminding us of the stakes, rather than letting anything develop naturally. Of course, you might not expect heaps of emotion within an action movie. However, given the premise of this one, you’d expect at least a little.

Rather than behaving in a manner consistent with the character already presented to us, each works solely to drive the plot to a specific place. I’d hazard a guess and say that after taking the original movie’s plot and fashioning it into a Netflix-ready version, characters were just forced into the situation, perhaps based on the actors playing them.

The Plot of Point Blank 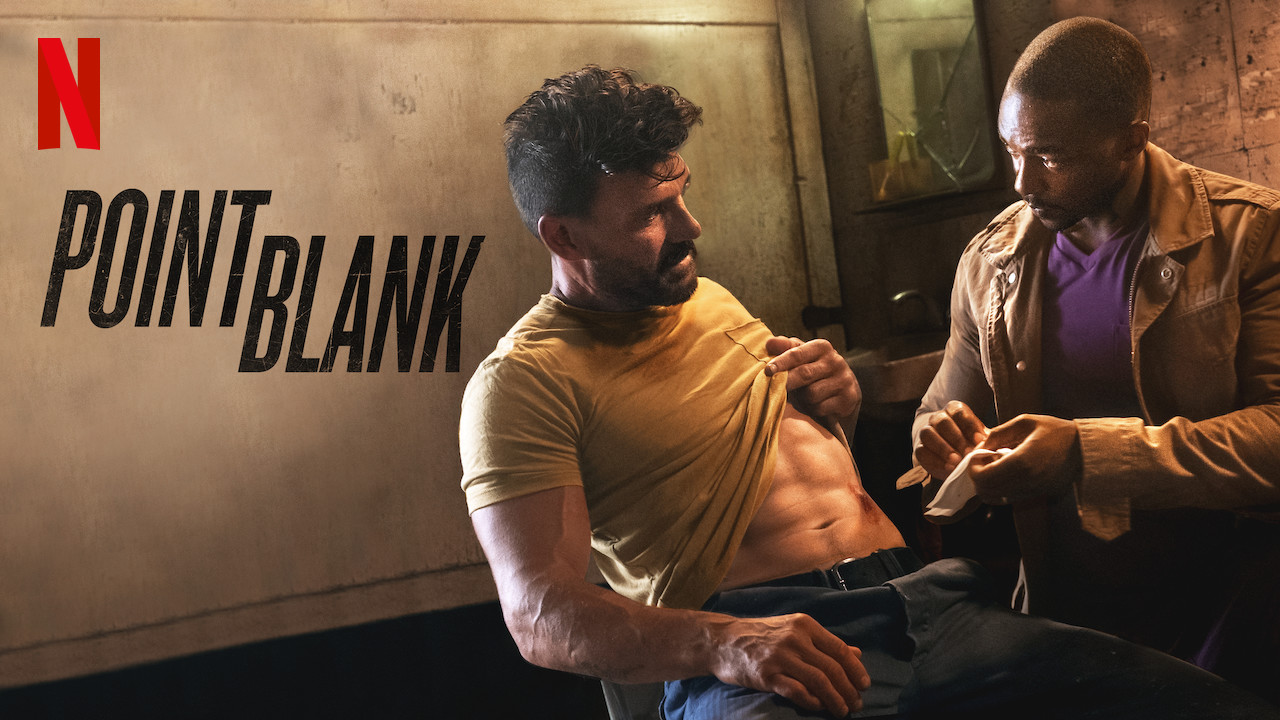 image via New on Netflix

The plot is the other problem. I always use this as my go-to example, but do you remember watching the trailer for Thor: Ragnarok? The Hulk appears quite prominently in the trailers, and yet the movie sets up the Hulk reveal as if it’s unexpected. I always remember thinking about the pleasant surprise audiences would have had if the Hulk had been left out of the trailers entirely.

Point Blank is kind of similar to that. What you see in the trailer is what you get, and yet you just expect more. A trailer isn’t supposed to summarize the entire movie. It’s meant to tease the interest of potential viewers to lure them in. The trailer should be like the smell of McDonald’s or a cake shop that makes your stomach rumble and leads to you following the scent inside where you can get a fuller experience. Instead, Point Blank shows us everything and then gives us the hour and a half version of the same story. 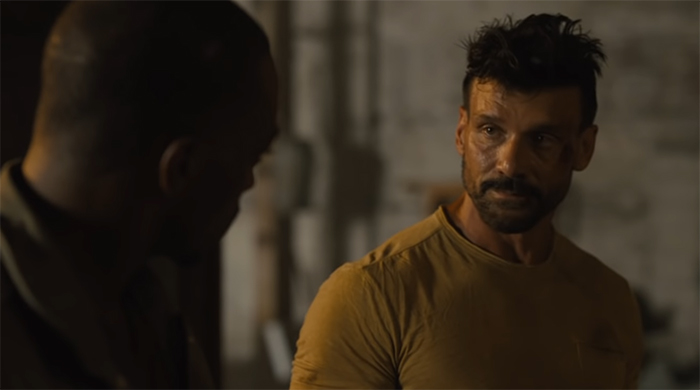 If you find yourself extremely bored with literally nothing else to watch (an unlikely scenario given the library that Netflix has to offer), then you might find entertainment in Point Blank. However, this isn’t a movie that I’d recommend to anyone. By the time the credits roll, I didn’t feel like I’d been on an exciting journey, I simply felt relief that it had finally ended. My adrenaline was not pumping and I was never on the edge of my seat. I hate writing a negative review because I really wanted to enjoy Point Blank, but sadly it just fails to deliver.

It could have been a decent enough movie, but it needs to decide what type of movie it wants to be and stick with it. Is it a comedy? Then make it a comedy. Is it an action movie? Then give us some action. Point Blank is the vanilla ice cream of movies. Maybe it just needs a less clichéd and predictable storyline. Regardless, other than the odd bit of humor and a singular emotional moment, I can’t think of anything positive to say about Point Blank.

Thank you for reading! Did you enjoy Point Blank? What did you like/dislike about it? Comment down below!

Aw, I’m sorry this turned out to be a disappointment! Netflix movies can be so hit and miss.

The “comedy” bits were awful. Big D sounded like he’d been beamed in from one of those 90s Tarantino knockoffs where criminals always had a wacky interest they’d riff on.

Right? He was such an unnecessary character. I feel like the only reason he appears in the movie at all is to show that “Big D” isn’t actually all that big.