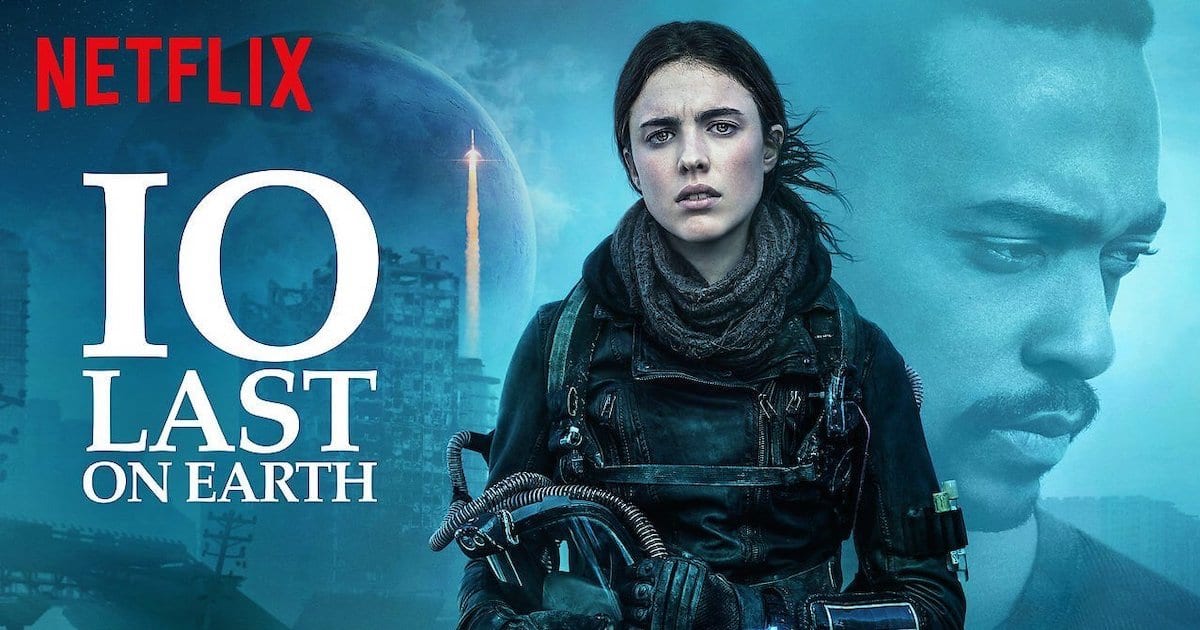 Netflix had an incredible year in 2018 and is not wasting any time trying to continue that success in 2019. The streaming service already has a full lineup of films for release in the first quarter. The first of that lineup released January 18th when IO hit the streaming service. This film has a few things in common with their latest (and biggest) film, Bird Box. Both are post-apocalyptic survival films and both are low-risk, high-reward films. Neither film cost very much to make, but also hit a niche that can be very popular. IO is hoping to capture just some of the success of Bird Box and is in the right situation to do so. This subgenre of film works fairly often. People enjoy watching post-apocalyptic survival films, which would explain why there are so many of them. If done well, IO could have been a good time and, with the low stakes of being a Netflix release, it could find a solid audience.

Written By: Clay Jeter, Charles Spano and Will Basanta

Sam (Margaret Qualley) one of the last remaining people on an Earth that is slowly becoming inhospitable. As a scientist, she is spending her remaining time on Earth trying to find a way to save it. Things change when she meets Micah (Anthony Mackie) who wants to catch the last remaining shuttle from Earth. These two quickly forge a bond that complicates both of their plans and even brings the shuttle into question.

This subgenre of film, while popular, is a tough one to pull off. There is a tough balance to strike for the film to be entertaining and an even tougher one to make it substantive. This is true of every film but there are a few elements that are especially crucial for a post-apocalyptic survival story. The pacing has to be perfect; the lead (or in this case leads) have to be strong and there has to be good world-building. If these things can be managed well then this type of film can soar. Unfortunately, IO is what happens when those things are not managed well.

Pacing is an important part of every film and an under appreciated hero at that. The bored, antsy feeling you get from some films can often times be attributed to pacing. When a film doesn’t have a consistent flow or tempo the runtime seems much longer than it actually is. This is one of the issues I had with IO. The film never seemed to fall into a rhythm or flow, which made the 90-minute runtime feel twice that long. The film moved at a crawl of a pace and was made worse by the lack of compelling story elements to hold interest.

Films from this genre typically have a slower pace, but slow doesn’t always mean boring. With the right story elements, slow could be incredibly compelling. That’s what was missing here. There wasn’t much going on…at all. Characters were performing actions, but they weren’t tied to any substantive plot piece so they felt as mundane as they looked. Even the major event in the first third of the film suffered from the poor pacing. This event is supposed to be a huge event that clarifies the difficulties of remaining on Earth. It felt misplaced and rushed so instead I was more confused than anything. There wasn’t enough time given to even get to know the character before she was thrown into peril, so the entire sequence fell flat.

Another aspect of IO that fell flat were the performances. The cast is incredibly small (only 6 total credited actors) which isn’t strange for a film like this one. This story places all of the screen time in the hands of Qualley and Mackie, and the film’s success greatly relies on these two bringing about believable chemistry and being charismatic. Unfortunately these performances didn’t quite come together.

Neither performance was downright bad; they were more disappointing. Anthony Mackie’s Micah is a good example of this notion. Mackie is an incredibly charismatic performer. He normally lights up the screen, but in IO he felt watered down. The choice to play the role more subdued is an understandable one but it came off flat, which was ultimately disappointing.

Qualley is an actress that I’m not overly familiar with. She was asked to do a lot in this film and did a pretty good job. She just never broke through to become a character I could connect with in the end. Equally disappointing was the chemistry between the two leads. They didn’t work all that well together and were not a pair that I want to see together for an extended period of time. If each character had a little more depth to them and the actors had a little more to work with, then their performances would have worked much better. Instead, they fell a bit short of what I hoped for. 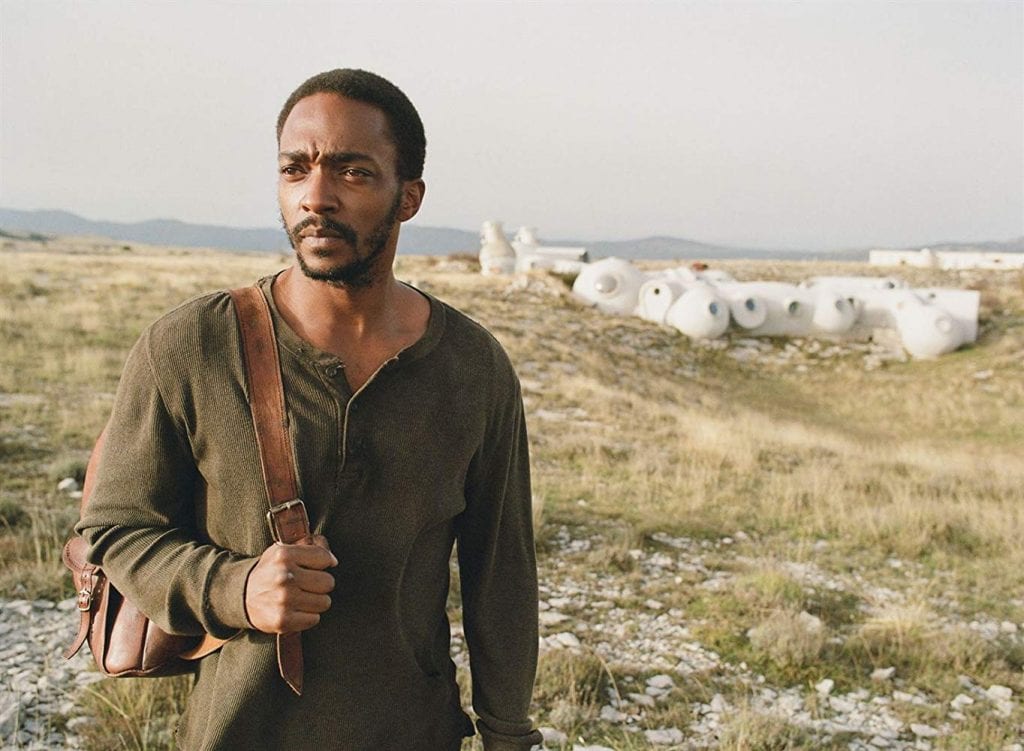 One of the most interesting elements of a post-apocalyptic film is the state of the world. There have been some incredible visions of what the world would look like, but here it didn’t really even seem post-apocalyptic. It honestly just felt like the world we are currently living in, just with less people. A deeper explanation as to how the world got to that point or a more intense exploration of the dangers of the world may have helped make everything feel real. Without that it just felt like people talking in post-apocalyptic terms without the proper world-building behind it. This went a long way in the film feeling so hollow and uninteresting. 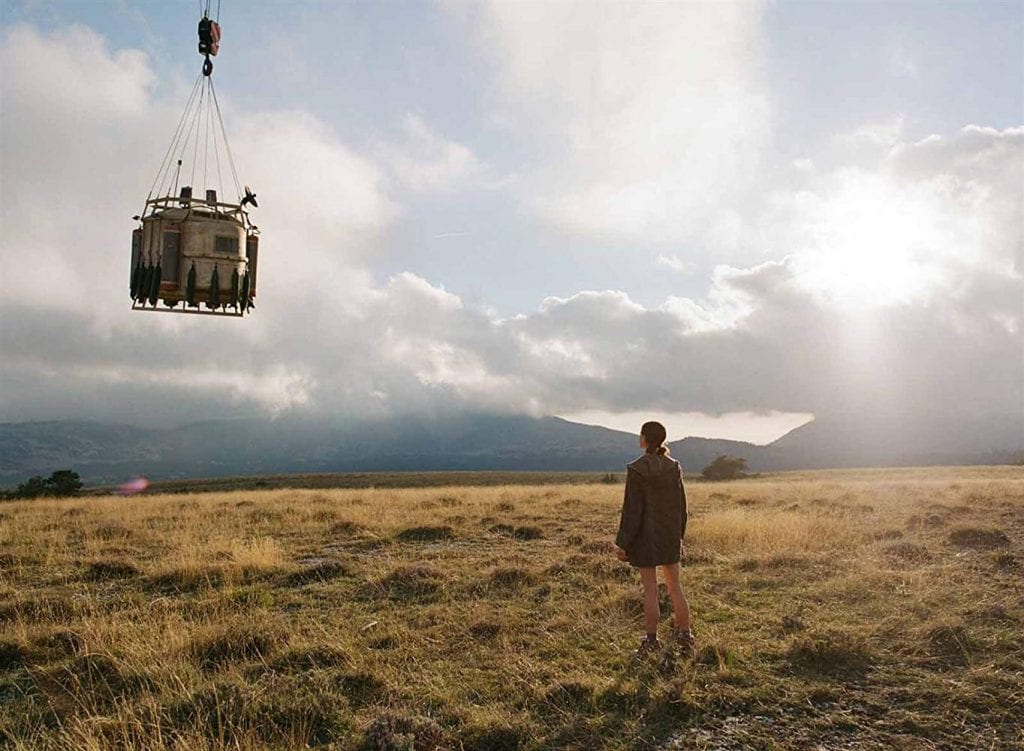 IO follows all the beats that a film like this is supposed to follow but none of them are tied to anything real, so they end up not working. The bones of a good idea were there but the execution left a lot to be desired. When you’re scrolling through Netflix, there is no real reason to stop on IO. This film doesn’t bring anything new to the genre and won’t be the entertaining or thrilling sit you’d be expecting. It would be a better idea to keep scrolling.

Thank you for reading! What are you thoughts on IO? Comment down below!

I watched this yesterday and advise that you do not waste your time. 90 minutes of not going anywhere with a story that lacked pace, beginning, middle and end. My big question is when they came up with the idea for this movie, why did the producers agree to fund it.
This should have been killed at the script stage – Netflix save your money next time.