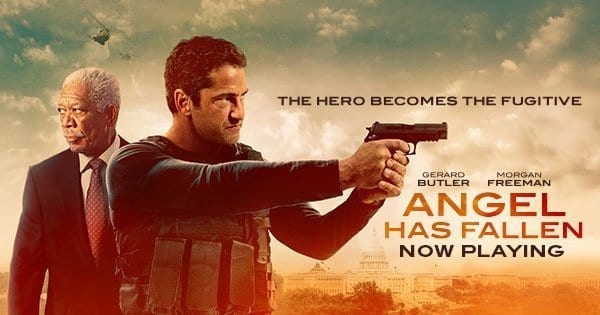 Walking out of the theater in 2013, after watching Olympus Has Fallen, I couldn’t imagine thinking about that movie again. Or that I’d be sitting in a theater six years later for the third installment of what has quietly become a franchise. Not to say anything bad about that movie; it’s actually quite fun. It just doesn’t scream “make two more of these!” To be fair, not much of what gets a sequel nowadays screams that. It’s still a bit surprising that we now have a Has Fallen franchise, especially since the second movie (London Has Fallen) is pretty terrible and leaves very little reason to want to revisit this world. In spite of that and the assembly line of bad movies the franchise’s star Gerard Butler has been cranking out over the past few years (Geostorm, anyone?), the franchise continues with Angel Has Fallen.

Honestly, I’d be lying if I wasn’t at least a bit excited.

The following review will be spoiler-free

After successfully thwarting two assassination attempts on the President, secret service agent Mike Banning (Butler) is still comfortably sitting as the top man at his job. However, Mike is starting to feel the effects of his heroism. While it’s clear to everyone around him, including the new President he is set to protect (President Trumbull, played by Morgan Freeman), that it’s time for Mike to leave heroism to someone else and get behind a desk, Mike isn’t too keen on that idea.

To make matters worse, the President is under attack again…and so is Mike Banning.

The twinge of excitement that accompanies this movie is a holdover from the first movie in the franchise. Olympus Has Fallen is a fun movie. This is especially true for someone that is attracted to cheesy action movies (I like both Mile 22 and Battleship). The fun is carried by solid action, a few one-liners and a premise that is interesting enough. The best-case scenario for Angel Has Fallen is for it to capture that vibe, unlike its predecessor which captured nothing except boredom.

For moments in this movie, it does capture that fun vibe but it’s also held back by some nonsensical things. Angel finds itself in between both of its predecessors, which isn’t absolutely the worst place to be.

I Don’t Buy This Premise

“Buying in” is an important element of every movie. You have to accept what is being sold to you and all that comes with it. In the case of Angel Has Fallen what is being sold makes less sense than anything else this franchise has attempted (which says a lot). Mike Banning (Butler) has done extraordinary things for his country. He saved the president’s life on two occasions and literally saved the world once. That should earn him the benefit of the doubt. Instead, this movie posits that he can be framed for a mere $10 million. Now by no means am I suggesting that $10 million wouldn’t move me to do crazy things but for him, that seems like a cheap motive. For the FBI, the secret service and all of America to so easily believe that without even acknowledging the possibility of a setup is wild. 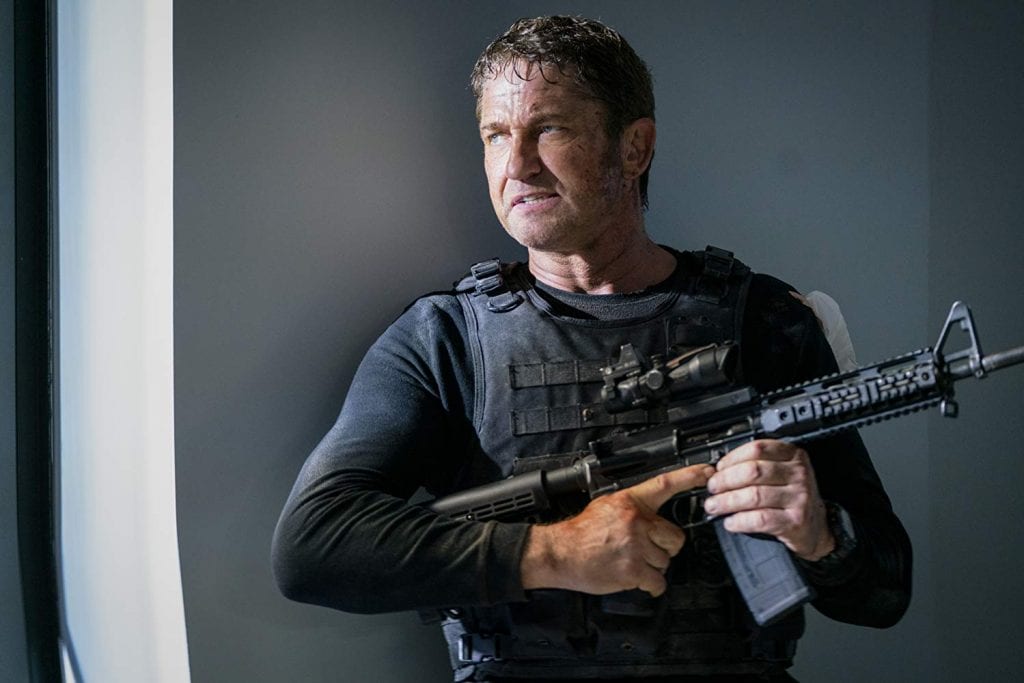 Action movies are known for their plot twists, especially ones in the subgenre that Angel occupies. However, it isn’t something the franchise shows the ability to do all that well. There isn’t a truly surprising moment in any of the previous movies and Angel is no different. The problem this time around is that Angel is reaching for its plot twist, which magnifies its failure. Each “twist” is so blatantly obvious that it’s nearly humorous upon their reveal. Predictability is usually a movie killer but Angel Has Fallen overcomes it because it’s not really about the twists. They are easy to laugh off or roll your eyes while you wait for Gerard Butler to choke out someone else.

Overstuffing a movie is a common complaint among avid moviegoers but almost every blockbuster suffers from the problem. Angel Has Fallen falls prey to it the same way most do, trying to beef up a weak plot with a handful of underdeveloped subplots. One or two of these subplots would be fine, but any more than that makes the whole thing messy. It’s especially surprising here because this is the third movie; there’s no need for all of this additional plot. The problem with overstuffing really comes with the runtime. Angel Has Fallen carries a one-hour and 54-minute runtime, which is simply too long for a movie like this. A leaner 100 (or dare I say 90) minutes would increase the watchability of this movie quite a bit. Action movies often forget that we are all there for the action, and for about 20 extra minutes Angel forgets that. 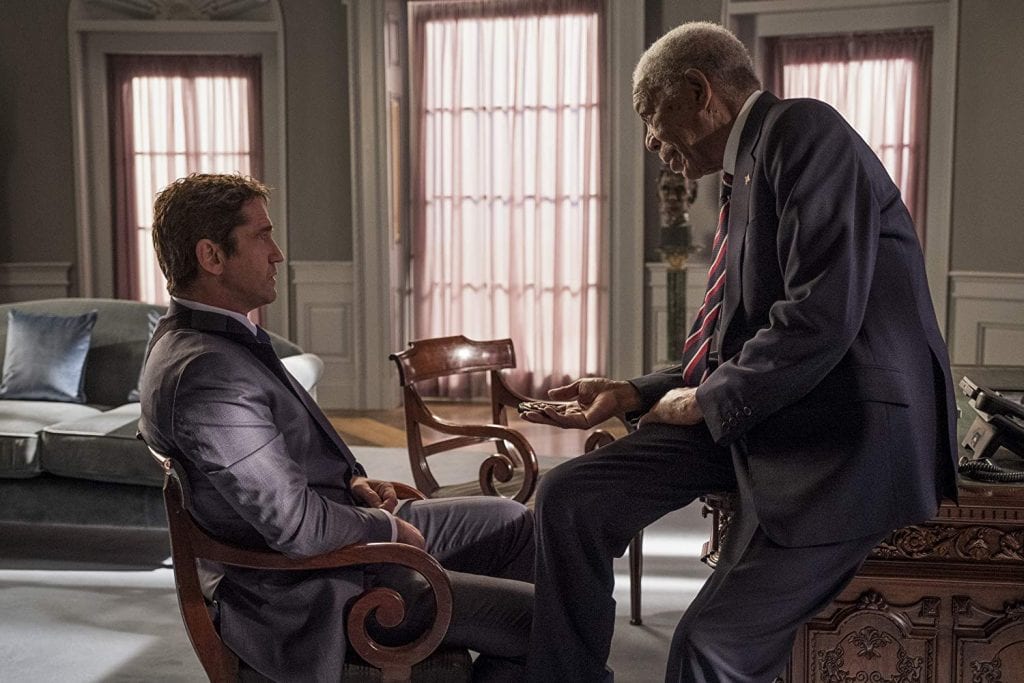 Funnier than the Last…But Not Funny Enough

The one area that could take this franchise to the next level is humor. I’m not asking for a straight comedy or even comedic bits, just some humor to take the edge off. Angel Has Fallen provides some humorous moments but it doesn’t lean far enough into them. This is a ridiculous franchise that continually does ridiculous things. Make fun of that! Bring in a character that can laugh at some of the nonsense on screen, which in turn allows us to laugh at it too. A bit of self-awareness will go a long way in this franchise. It has worked in several other franchises, even allowing them to continue long past expectations.

President Aaron Eckhart was cool and all, but we all know that Morgan Freeman makes much more sense as the President. Similar to when he was cast as God (Bruce Almighty and Evan Almighty) or any time he’s a narrator, it just makes sense. It also feels meta in a way that livens up the whole movie a bit. Freeman is a legendary actor, but I like that at this point in his career, he’s having fun. It’s an added bonus. Being the President in the Has Fallen universe doesn’t seem like a great part on paper, but he certainly brings a lot of fun to it. 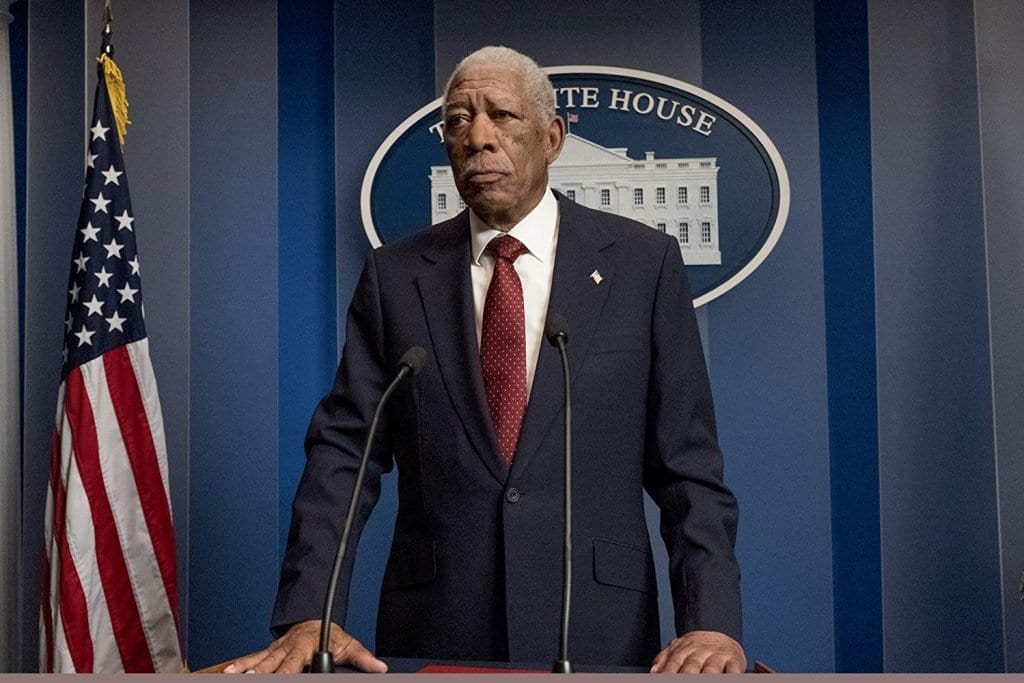 Why else are we watching this movie? I’m here for the action and for the most part, Angel delivers. Specifically, when it comes to the close hand-to-hand combat sequences. These sequences are thrilling and coherent. This is where the entire franchise excels. Especially the extended sequences of Banning either getting into or getting out of a building. There is both innovation and excitement in the choreography within these scenes and they pay off in a special way. Outside of that, the movie doesn’t quite work as well. Semi-truck chases and explosions don’t come off so great — they look particularly cheap this time around — but any time Butler is on a solo mission, I’m in!

Angel Has Fallen is a good time for those who specifically like this type of movie. It won’t win over any new fans to the genre or add a whole lot to it. But it is reasonable, mindless fun that pays off in the ways that this movie should. Similar to its previous movies Angel runs a bit longer than it should and doesn’t quite master the visual effects. It overcomes these problems and the others because it’s just fun. At this point in the year, while we wait for the fall movie season to kick in, a fun time at the movies is more than worth it. 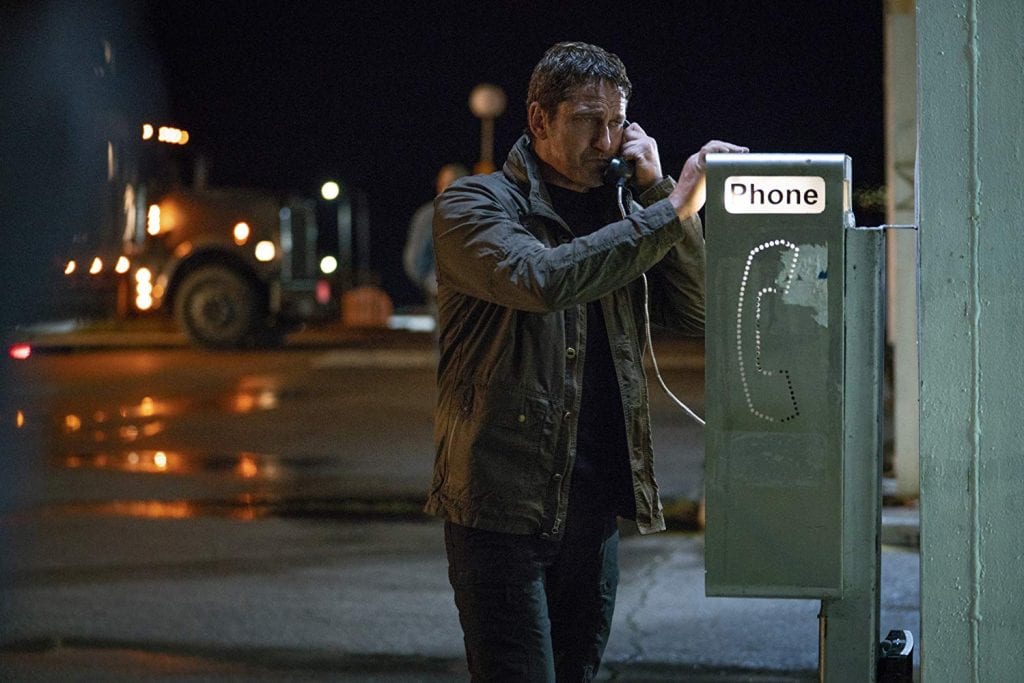 Thank you for reading! What are your thoughts on Angel Has Fallen? Comment down below!

I actually enjoyed London has fallen – but can’t say I’ve seen any of the other ones.

‘It Chapter Two’ Loses Much of What Made...