‘The Death and Life of John F. Donovan’ is Essentially About Loneliness 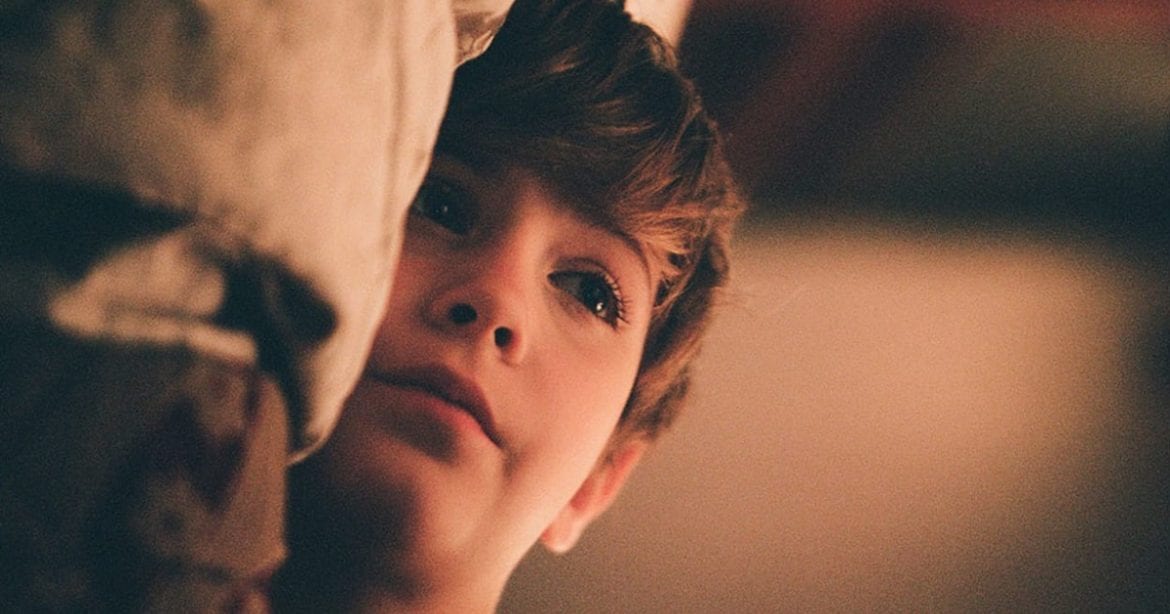 The Death and Life of John F. Donovan is one of those movies that was made, and sat around for a bit. It made the rounds on the festival circuit in 2018 and 2019, but never saw a wider release in theaters. Now, it’s being marketed anew in the United States, and being discovered by a broader audience. It has been available in digital form (to rent or purchase) since December, and came out on DVD a few days ago. Said DVD’s cover featuring a brooding Kit Harington is clearly trying to pull in his Game of Thrones fanbase, which is admittedly a smart move.

It’s fitting that this film took so long to find its place, because, honestly, the story does the same. It isn’t a bad movie, exactly, it just tries too hard to be all things to all people. With so much going on, it doesn’t make as much of an emotional impact as it could (or should) have.

Rupert Turner (Ben Schnetzer) is a 21-year-old actor who has just released a book featuring letters to and from his childhood penpal. He is being interviewed by reporter Audrey Newhouse (Thandie Newton), who usually writes hard-hitting news, and thinks some young actor writing a book isn’t worth her time. As you might expect, the bulk of the film’s story is told via this interview. A plot device used in many films, but an effective one.

What makes Turner’s book unusual is that said childhood penpal was a famous (and adult) actor named John F. Donovan (Harington). It’s an unexpected, and perhaps even taboo, friendship. Newhouse really doesn’t see the point of releasing the letters, 10 years after Donovan’s death, and questions Turner’s motives. He, meanwhile, questions why in the world she would take this assignment. It’s the classic “we don’t like each other, so we’re going to be standoffish” starting point.

At its core, this movie explores the mother-son dynamic in a somewhat unique way. We are taken 10 years into the past, where Sam Turner (Natalie Portman), and her 11-year-old son Rupert (Jacob Tremblay) are both actors, but only Rupert is a working one. They have the type of strained relationship that usually only exists between parents and adult children. Rupert has the stereotypical child star personality, which is to say he acts much older… most of the time. His mother tends to treat him like an adult, as well.

The only time Rupert “acts like a kid” (in the way we tend to think of that) is when he’s talking about Donovan, or watching the show on which he stars. It pulls out of him the squealing, over-the-top excitement of an Ed Sullivan Show audience when Elvis or The Beatles were there. Donovan is Rupert’s main source of joy, and has the kind of career Rupert is chasing after. He’s bullied at school for being a child actor, and for being such a Donovan super fan.

He’s essentially miserable and feeling trapped. It makes perfect sense that he would reach out to John in the form of a fan letter.

The Death and Life of John F. Donovan is also about, as its title suggests, John F. Donovan himself. We get a pretty decent backstory for the guy, and see that the life he leads is essentially a lonely one. He has fame, but has to make every decision in his life with that fame in mind. He has no freedom, and has to put up a virtually permanent facade.

We see how John interacts with his family, and his brother (Jared Keeso) seems to be the only person with whom he can speak freely. He’s certainly the only person John opens up to about his love life (other than vague hints he’s written to Rupert). His mother (Susan Sarandon) is quite similar to Rupert’s at first glance, but turns out to be a more fleshed-out character (likely due to casting Sarandon). Still, we get the idea that John has to walk on eggshells to avoid upsetting her, much like Rupert does with Sam.

John is essentially miserable and feeling trapped. It makes perfect sense that he would pick up that green pen and write a reply. And continue to do so for the rest of his life.

The Caring Teacher Buried in the Clutter

Other than John F. Donovan, the person Rupert seems most open with is his teacher, Mrs. Kureishi. She is played quite perfectly by Amara Karan, whom you will recognize if you’ve seen Wes Anderson’s The Darjeeling Limited. She was quite memorable there, and is again here. Karan holds your attention, while still giving her scene partners room to work. Her chemistry with Tremblay, and the other child actors playing her students, is natural. Her interaction with Portman was also very good. Mrs. Kureishi conveyed to Sam that she knew Rupert better, without saying the words. It was in her body language, for the most part (though some dialog hinted in that direction).

She was so enjoyable, it makes one wish the storyline with Rupert and his teacher (and mother) was its own movie. As I mentioned before, this movie is trying to do too much at once, and this story doesn’t play out as fully as it could have. It could have taken up a smaller part of the film, or a larger part. The medium size we’re left with is frustrating.

One Moment That Nearly Ruins the Whole Thing

There is an absolutely ridiculous scene tied into the teacher/student/mom part of the storyline that I have to mention. It was so over-the-top that I hoped it would turn out to be a dream sequence. I actually said out loud, “this movie just took a nose dive!” It’s basically like one of those scenes in a romantic movie: running to each other in the pouring rain, while a far too modern cover of a classic love song plays… except… it’s mother and son. It was completely out of place with the tone of this film, and more than a little cringe-worthy. It’s worth a rental just to see that scene, that’s how unintentionally funny it is.

While we’re discussing distracting aspects of The Death and Life of John F. Donovan, let’s address this one. While watching The Death and Life of John F. Donovan, two people sprung to mind more and more often: Heath Ledger, and Michael Jackson. The way Donovan’s life plays out harkens back to both of them. Some details resemble them far too strongly to be mere coincidence. For instance, something Donovan writes to Rupert is a direct quote from Jackson’s reported last words. The death itself is more similar to Ledger’s in nature, complete with speculations. Donovan’s persona is also Ledger-esque. I’m not sure if it was written that way, or if Harrington just likes to emulate him. Whether intentionally or not, this film is actually a nice tribute to both of them.

John F. Donovan and Rupert Turner forged an unlikely friendship through the mail. So unlikely, in fact, that many didn’t believe it was real. However, through his communications with John, Rupert grew into a more confident young man. He avoided some of the trappings of fame John wasn’t able to. He lives far more honestly than John was allowed to. Rupert learned from his idol’s mistakes and successes, and ended up much better adjusted than the “former child star” label often allows. In turn, Donovan avoided being quite as lonely as he would have been without Rupert’s letters. It gave him an outlet for many of the things he felt unable to express otherwise. Overall, this is a touching and enjoyable story. If only it was less scatterbrained.

And that rain scene… ugh.

Thank you for reading! What are your thoughts on The Death and Life of John F. Donovan? Comment down below!

I want to watch this just for the rain scene now