‘The Photograph’ Is a Beautiful Story of Black Love for Everyone 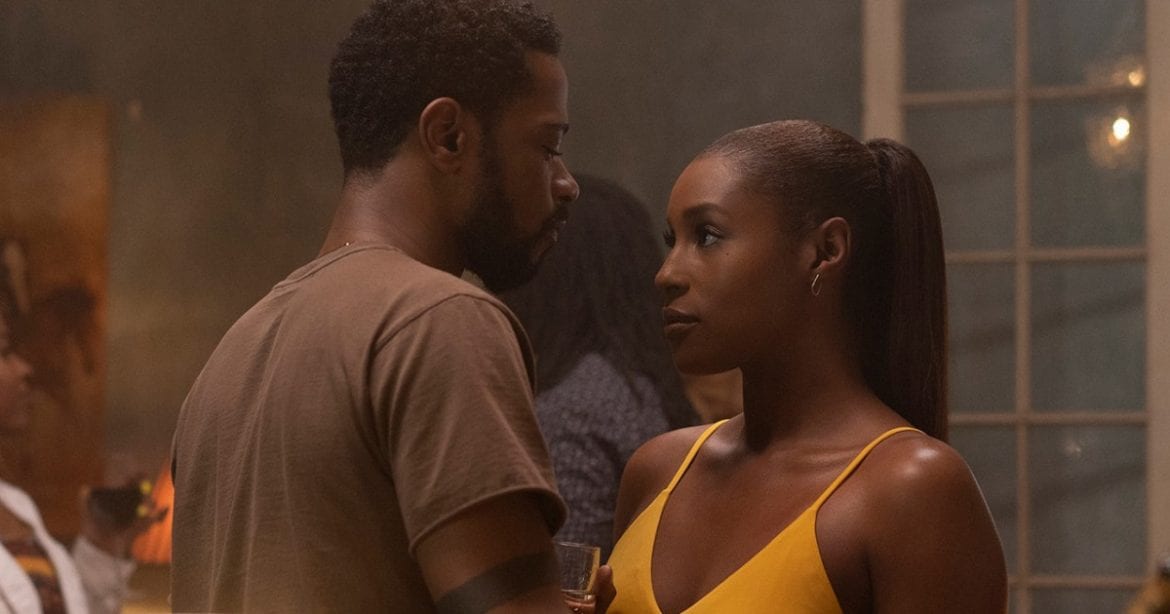 You don’t always know how important something is until you’re confronted with its sparse reality. It’s sort of the converse of saying you don’t really appreciate something until it’s gone. Universal’s new film, The Photograph, presents us with something incredibly important and rarely seen, black love. Drawing early comparisons to classic films such as Love Jones and Love and Basketball, The Photograph fills a void that many (myself included) didn’t even recognize existed until its appearance. In reality, two black leads at the center of a romance is quite rare. Your mind may rush to the classics, such as the films I already mentioned, or others like, Brown Sugar, The Best Man, or How Stella Got Her Groove Back. While these films resonate so prominently, that resonance does not equate to presence. Simply put, black romance just doesn’t happen that often.

When it does, you can often find it in the regressive and disappointing subgenre of “black films”, or those accompanied by some friendly white people to help the movie be more palatable to other audiences. Even the recent films that come to mind, Queen & Slim, If Beale Street Could Talk and Moonlight are not solely about the romance. They are accompanied by an additional, more “relevant”, cultural commentary operating as a hook, such as homosexuality or police brutality. Not to take away from the quality, importance, or brilliance of those films, but it does feel like black romance needs to have some extra layer. Where their white counterparts never do.

The traditional romantic film rarely needs a hook apart from the actual romance. A quick look into classic romance movies shows you plenty that don’t need some sort of cultural commentary to not only exist but to resonate with the masses. Films like Crazy Stupid Love, A Star is Born, and When Harry Met Sally aren’t really about anything more than the love at the center of the film. Which is what makes The Photograph such an intriguing film. It puts black love center stage without ever acknowledging its blackness. That is real progression if you ask me.

Rising journalist Michael Block (Stanfield) is in the Bayou interviewing Isaac Jefferson (the incredible Rob Morgan) for a story. This story sends Michael into a conversation about a beautiful and tragic love story. It also takes him back to New York for a meeting with Museum curator, Mae (Issa Rae). As is true with love stories in real life, the circumstances which send you on the journey are irrelevant to the love found on the journey. The Photograph also subtly presents its leads in a refreshing way.

Without any real acknowledgment, all of the black characters in the film are presented as successful and in jobs not often showcased in films. Usually, this genre gives its leads a ridiculous lifestyle that is not accurately representative of people of that age group or vocation. Typically, this annoys me, but here it’s a quiet nod to something very important. It’s impossible to understate the value of seeing young black people working jobs and living a life not often associated with young black people. The importance of this representation is paramount and the tapestry in which it is woven is one of elegance and class. It feels natural to the world these characters live in, which is equally as important.

What makes a film “important” is often difficult to quantify. Many times it can’t be identified until long after its release. Other times a cultural movement seems to build around it as if it’s yelling, “I’m important!” (which is usually Twitter yelling on the film’s behalf). The Photograph appears to be neither. It occupies this interesting space of being incredibly important but the very thing that makes it so important is also why it may go unappreciated. We are in a time when there is no reward for subtlety. The progression most of us seek often needs to slap us in the face for appreciation.

I mean, there are even very few white characters in the film (shout out to Chelsea Peretti who’s great and needs to be in more things). However, the film never positions itself to be about black love, nor does it openly acknowledge it. Instead, it presents four characters who are dealing with love and all that comes with it. Their conversations over dinner about Kendrick Lamar and Drake are vitally important to shaping the world but is also an understated beauty of representation. That is a true conversation that happens on a date, but also with friends and people in the culture.

There is no air horn of oppression or a visualization of the plight of the African-American in modern American culture. Rather, there is lived-in normalcy to what is on screen. The characters are real people that just live and love. Regardless of their race, they face the same struggles with romance as anyone. While it is important to acknowledge the race-specific struggles in this country, it’s equally as important to depict black love as normal.

Where The Photograph can draw no comparisons is with its lead actors. LaKeith Stanfield and Issa Rae are absolutely wonderful together. Chemistry is a crucial element of any romantic film, and theirs is spot on. Watching their dynamic from the initial meeting and throughout their blossoming love, is both engaging and beautiful. Stanfield, in particular, stands out because of his dynamic yet understated charisma. He is the type of actor that commands attention by simply being on screen. Paired perfectly with his extraordinary talent, which is on high display throughout this film, are the subtleties in his eyes and face.

Not to be left behind, Issa Rae carries her portion of the film with the grace and elegance that the character (and film) demand. Rae generates joy and happiness simply by appearing on screen. This matches beautifully with Stanfield because every time they are together you can’t help but smile. Where the story lacks focused storytelling, these two marvelous actors more than makeup for it. However, they are so good together that they do highlight the film’s problems even more. You are disappointed and almost mad when they are not on screen together, which unfortunately for The Photograph is both a gift and a curse.

Pleasing to the Senses

As Michael and Mae begin the exploration of their feelings, we get a visual and sonic treat. Director, Stella Meghie, who doesn’t have the longest resume, shows some real potential with The Photograph. Her style is pleasing to the senses, but in a way that feels non-invasive and more of an accompaniment. It also feeds the elegance at the core of this film. Instead of heavy 80’s music throughout the soundtrack, composer Robert Glasper provides a soulful score to support the romance. A romance that is as sophisticated and elegant as the characters themselves. Jazz and soul are at the core of black culture, particularly modern black culture, so there is also a maturity that comes with the stunning music.

Cinematographer Mark Schwartzbard captures the essence of this romance with a gracious and refined camera. The beauty of The Photograph is in its framing and sleekness of the camera’s movements. The combination of cinematography and music create a decadent cinematic experience that is simple yet luxurious, and perfectly fitting for its story.

Where The Photograph gets a little clumsy is also where it draws its most interesting (and maybe even important) comparison. After the easy comparisons I lined out above, the film starts drawing comparisons to The Notebook. A classic in its own right, the similarities between the films are important to note because it crosses the color barrier. Typically, a film with a majority of black characters will get compared to films with a similar makeup. The power of this film is validated by this comparison. The Notebook is a pretty traditional story in this genre but was lauded for its multiple timelines and twisty ending (spoiler for The Notebook, I guess. But seriously, how have you not seen it yet?).

The Photograph pulls a similar trick but with less deception but, unfortunately, less skill. Alongside the budding relationship of our main characters (I cannot overstate how great it is), we are privy to a retelling of another love affair between two older characters. While the ambition of this undertaking is worthy of some praise, the execution is the worst part of the film. I have no problem continuing to mention how beautiful and effective Michael and Mae’s romance is, but this secondary romance is neither of those adjectives. This story is clunky and a bit rushed. However, the real folly of this narrative is what it does to the main romance. Jumping back and forth between stories takes the steam away from the story that we want to focus on. Each build-up with Michael and Mae loses its momentum when we go away from it. So, instead of a secondary story that adds depth to the main story, it pulls focus, which becomes frustrating.

Regardless, The Photograph is not a story for black people, it’s for everyone. It’s a beautiful cinematic experience, with great cinematography and music. Across the board, the performances are very good, including a real stand out performance from Lil Rel Howery. His comedy doesn’t always hit, but we get a more refined and controlled Howery as Kyle, Michael’s brother. It’s one of his better performances yet. The film also just works as a romantic story, despite its flaws. Being beautiful in its filmmaking, beautiful in its art, and beautiful in its commentary is quite the feat. All of that is what makes The Photograph certainly worth seeing.

Thank you for reading! What are your thoughts on The Photograph? Comment down below!