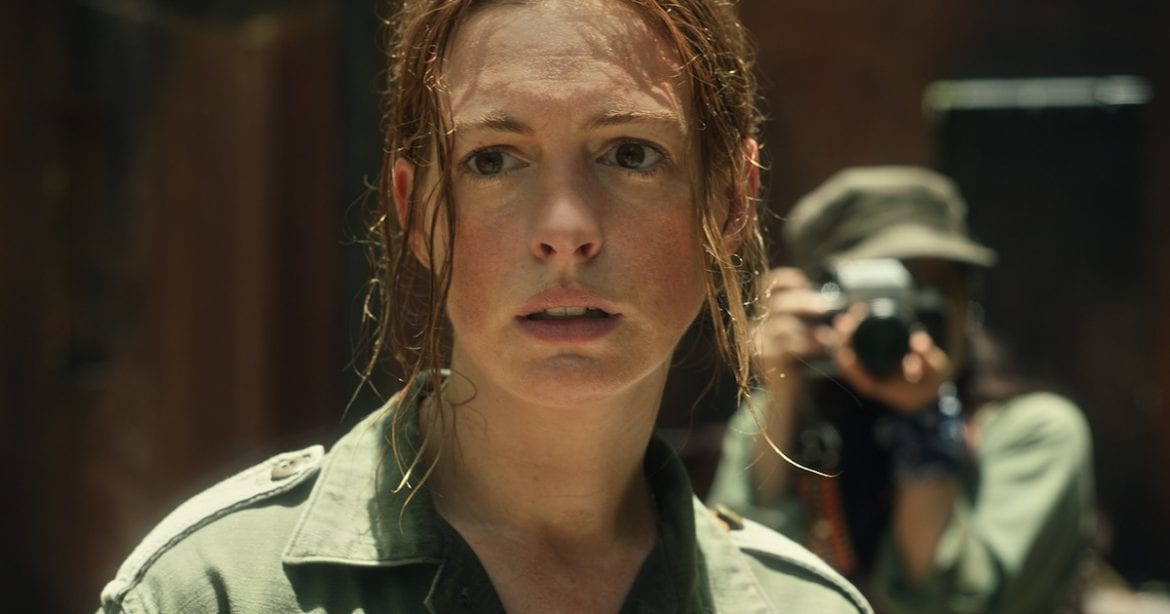 The Iran-Contra affair is just one of the many dark elements of Reagan’s presidency. While The Gipper’s supporters perceived him as a warm and benevolent figure, his presidential reign was merciless on unions, the LGBTQ community, HIV-sufferers, or anyone who dared to dream that America would commit to Thomas Jefferson’s initial secular ideal.

But even now, many people don’t want to admit to the damage Reagan has done. Many people on the right still idolize him and many politicians want to emulate him or pretend to emulate them — even if all evidence would show that Reagan would have been explicitly against whatever bill they are proposing or backing.

This is why I always wanted more films that delved into the scandals that mired his presidency and which seem to have been conveniently forgotten. Reagan’s illegal support of the Contras in Nicaragua is one of those scandals that should be the basis of a compelling political thriller. On the surface, The Last Thing He Wanted, seems promising just on the basis of its source material — the novel of the same name by Joan Didion — and its splendid cast.

Unfortunately, even with its best intentions, the film fails as both an informative piece of fiction and as a thrilling political thriller.

In the mid-eighties, Elena McMahon is a jaded Washington Post reporter, who is still haunted by the war crimes in Salvador and America’s possible culpability. Her relentless pursuit for the truth has had an effect in her private life, as she’s been divorced and is also alienated from her daughter, Cat (Onata Aprile), who misses her former life.

Unfortunately, her editor pushes her to cover the 1984 American election instead of the hard-hitting stories that will likely infuriate powerful people in Washington. At the same time, she’s dealing with her father, Richard (Willem Dafoe), who seems to be suffering from an early onset of dementia.

When her father is suddenly rushed to the hospital, it turns out that he was involved in an arms deal in South America. Wanting to know the corporate and political mechanizations of this arms deal, she takes her father’s place. This is the beginning of a dangerous journey, in which Elena can trust no one and the truth might just get her killed.

Many critics seemed to be of the opinion that Anne Hathaway was miscast in her role as Elena McMahon. I disagree. There was nothing wrong with her central performance. On a superficial level, however, it is admittedly harder to believe her as the tired and hard-working journalist, considering how naturally gorgeous she looks. But Hathaway is naturally committed to the performance even though the dialogue often lets her down.

The supporting cast, unfortunately, doesn’t get much to do, either. Ben Affleck looks mostly tired and doesn’t seem interested in much at all. Willem Dafoe, whom I consider a godsend (watch The Lighthouse and tell me I’m wrong), gives a predictably solid performance as the mentally frail father. His relationship with Hathaway gives The Last Thing He Wanted its little nuggets of emotional resonance. It’s just unfortunate that the script rushes through his background — which is given to us with clunky expository dialogue — as his strained relationship with his daughter is one of the most interesting aspects of the film. His sudden exit in the film is also cruelly unsatisfying.

Toby Jones and Rosie Perez are unfortunately wasted. Rosie Perez appears every now and then to give Hathaway some exposition while Toby Jones appears in the third act as a snobbish expatriate. Only Edi Gathegi manages to shine just a little bit through the messy narrative as an enforcer with a mysterious allegiance. 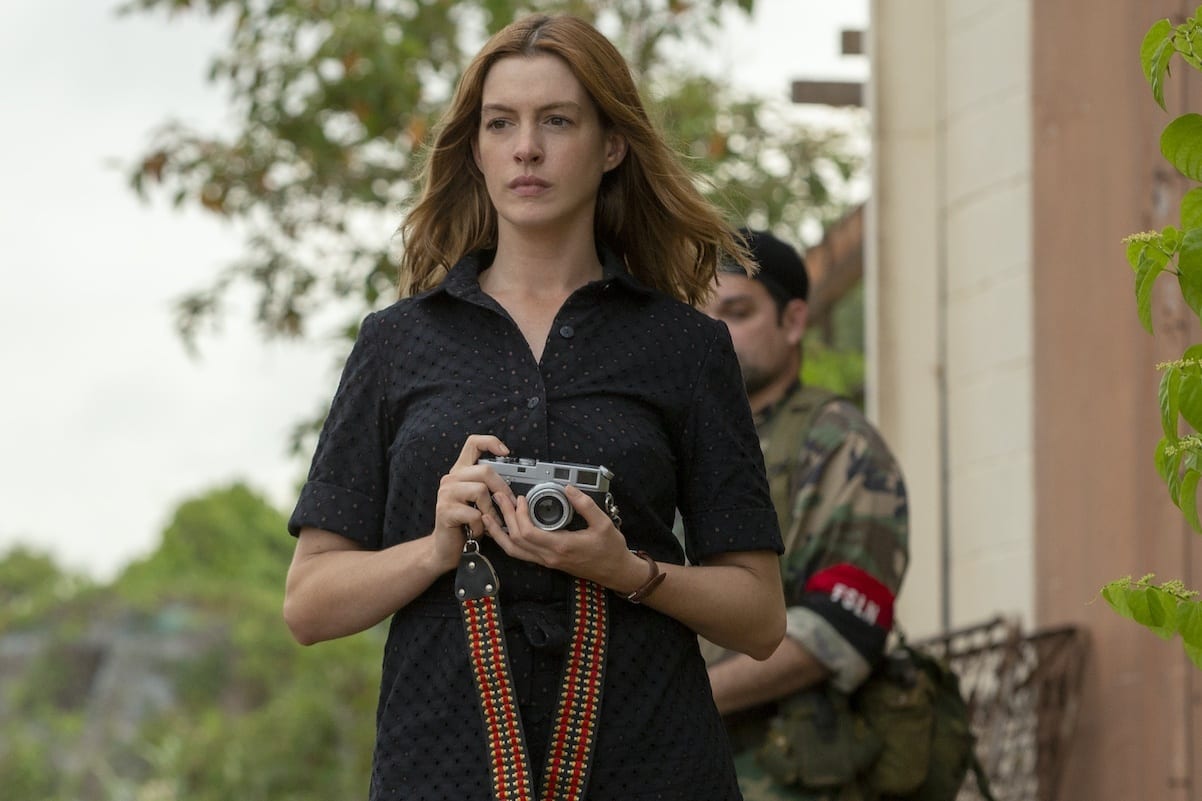 As a Piece of Informative Fiction

Even with its two-hour running time, you probably won’t become wiser of the government corruption the main character wishes to expose. Information in The Last Thing He Wanted is thrown at the audience at such a quick pace that it’s hard to piece it all together.

It already starts in the beginning, in which we follow the main character briefly in El Salvador, as she is exposed to the aftermath of a massacre. The background of this conflict is explained through some words on the screen and a bitter monologue by Anne Hathaway. But unless you’re educated on the subject, it’s hard to see any newcomer taking much at all from it.

Possibly, the novel was too complex to compile in a two-hour movie. Everything is explained; rarely are things felt. Elena’s editor explains point-blank that sometimes “it’s just business”. Ben Affleck’s character meets with a shadowy politician who explains how important it is to grab a big enough piece of a pie — the fact that they are eating apple piece at the same time shows you how unsubtle everything is.

But we never get a clear idea of why this corruption is happening, what’s behind all this violent madness. This wouldn’t have mattered as much if the film was more focused on being a character study of Elena McMahon but unfortunately, it fails in that regard too.

As a Character Study

Somewhere there’s an interesting character study to be told here. If The Last Thing He Wanted really was about a traumatized or obsessive journalist who is on a nearly suicidal path to uncover a government scandal, then you’d have a much more interesting film.

Though the film does give some attention to her fractured relationship with her daughter and father, it just seems to rush through it all. There’s just too much to tell. Eventually, Hathaway is forced to venture into another diatribe about how difficult life is for her. Occasionally, the film reminds us of how this could have been a better film with numerous characters asking her why she is actually in South America and she is not able to give a solid answer.

(Side note: there’s also a sudden romantic subplot that completely falls flat. I won’t give any spoilers but when it happens, you’ll know what I mean.)

As an example of the thriller genre — as you might expect — The Last Thing He Wanted fails to deliver the goods. Apart from a slightly nerve-wracking scene at the airport, there’s not much suspense to be had. As the film rushes through so much and also throws so much information at us, it’s hard to be invested — one rarely cares about the fate of its main character. The occasional sloppy chase scene doesn’t impress in the slightest.

There’s also a mystery within the narrative, regarding a character named Max Epperson. This is later followed by a sudden childhood flashback by Elena which is supposed to resonate with the viewer. It feels to me that there was a longer cut of this film, which possibly would have given this scene some impact. Either this scene should have been edited out entirely or the longer cut should have released instead. As it stands, the scene is a rather baffling distraction in the narrative.

Finally, there’s the climactic twist that is supposed to bring an emotional gut-punch, like the finale of a seventies’ thriller, a la The Parallax View or The China Syndrome. But it’s hard to care or feel anything by this point. A twist will only work if you are invested in the story.

A poignant rewrite could have saved the film. If the film was better focused, devoted itself as a tragic character study, then this would have easily been a Netflix gem. No matter how well-intentioned the filmmakers were — as director Dee Rees most certainly is judging by the subject matter of her previous films — The Last Thing He Wanted just fails in being a compelling piece of fiction.

It’s not a horrible film by any means, I certainly commend its ambitions and the devoted cental performance by Anne Hathaway. I don’t want to be mean to a film with such high ambitions, but this one just does not work.

Thank you for reading! What are your thoughts on The Last Thing He Wanted? Comment down below!

[…] in the Oregon territory, living together and being adorable best friends. When the Chief Factor, Toby Jones, gets a cow, the first in the territory, Cookie and King hatch a scheme to use the cow’s milk to […]