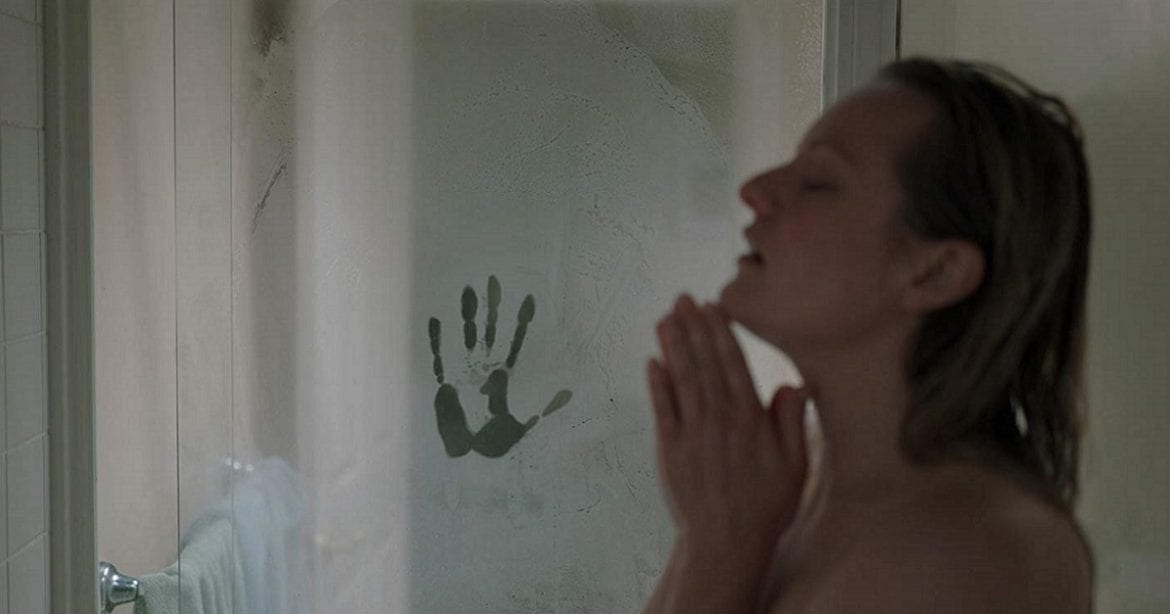 With a new calendar year, we are usually bombarded with a large number of bad movies. Whether it is big studios dumping films that don’t look too promising, betting on a movie star to bring them a surprise hit, or even the occasional indie film making an appearance to try and grab an audience, the beginning of the year is almost always bad. Most of us can avoid this dumpster fire, either with Oscar re-releases or high-quality films from the previous year that are just now trickling into more theaters. Unfortunately, by February we are left to pick through the weeds to try and find a budding rose to remind us why we still love movies. This new year has brought with it a special batch of terrible movies, none more prevalent than in the horror genre.

Maybe it’s just me, but it feels like it has been an especially bad two months for the horror genre. Now pardon me for not doing my homework (as every teacher I’ve ever had rolls their collective eyes), but I can’t think of a worse start of the year for this genre. I also can’t recall (still not doing my homework) this many horror movies being released in such a short span of time. There has been one almost every week of the year and pretty much all of them have been bad. Which (finally) leads me to The Invisible Man, the latest in the seemingly never-ending run of horror movies (seriously, it feels like I’m in a horror movie being forced to watch them all).

I Swear, This One is Different

The good news is The Invisible Man is different because it’s truly great. Now if you are one of the poor saps that sat through some combination of Brahms: The Boy II, Fantasy Island, The Turning, and The Grudge, then I understand being a little jaded. Even with Elisabeth Moss in the starring role, The Invisible Man looks and feels like it should be a bit of a disaster. The trailer adds to that feeling because it’s poorly put together and even a bit misleading. Regardless of a poor lead up, The Invisible Man is quite good. That’s because, unlike the other horror films from this year (except for The Lodge), it’s actually smart.

The first smart decision was to get this film as far away from that failed Universal’s Dark Universe (which I still contend wasn’t a bad idea in theory). The second smart decision was to cast Elisabeth Moss, but we’ll get back to that later. But the best of all comes from the screenplay. Leigh Whannell (pulling double duty as the director as well) adapts this story with real intelligence. He presents a story that is fairly simple but holds up to scrutiny. It’s certainly harder than I am making it sound, but he accomplishes this by providing depth to her characters, giving solid character motivations and reasons and/or explanations for everything. Stories don’t have to be elaborate in their plotting to be great and Whannell shows that with The Invisible Man. 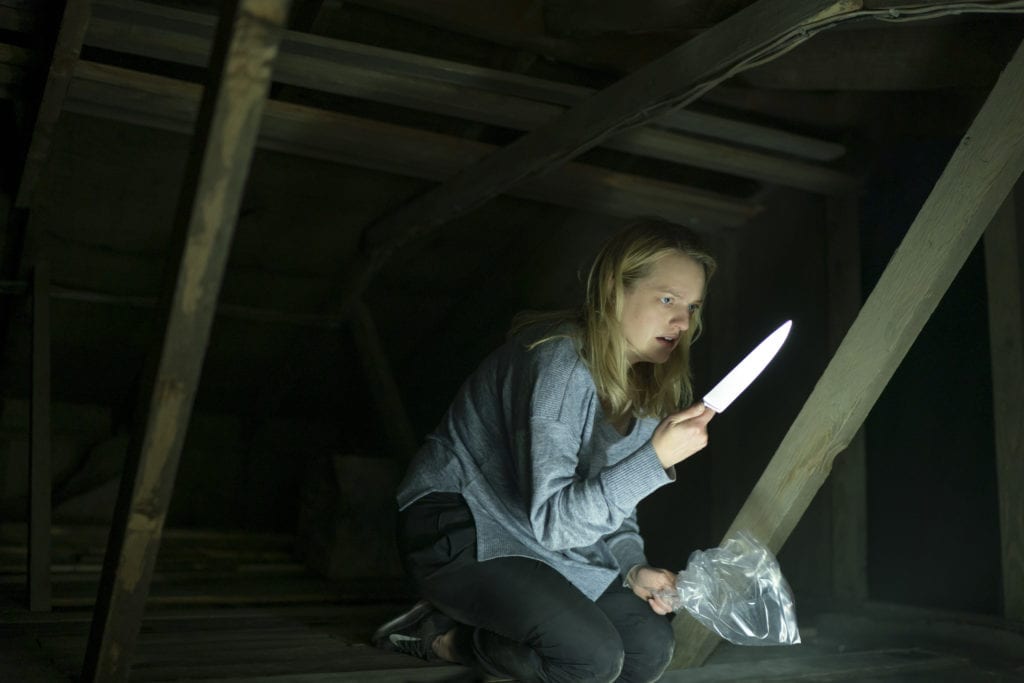 If That Wasn’t a Strong Enough Case

Over the past decade or so, the horror genre started to transform and evolve. Every genre is far more complex than we usually give credit, but horror especially gets a raw deal on technical prowess and social commentary. The term “elevated horror” has become a popular one, which, as is true of everything now, is divisive. A quick Google search will net your several pieces on the term (I did some homework…well, kind of) but a singular definition is hard to come by. It’s a term I don’t mind occasionally using and simply refers to a film from the genre that is trying to say something important artistically. A term that applies to The Invisible Man, at least in part which is what makes it so interesting.

This is a film that doesn’t fall in line with the traditional idea of “elevated horror” (i.e. Hereditary, The Witch or Midsommar). It also isn’t a true popcorn horror film like Halloween, Truth or Dare or even something like Hell Fest. It occupies this interesting space where both of those types of films merge to create something enjoyable (in the popcorn entertainment sense) but also elevated in its concept and execution (i.e. A Quiet Place, It and Us). By taking this film and using it as an illustration for gaslighting, Whannell creates a story that is far deeper and more interesting than simply an invisible man terrorizing people. Gaslighting has been a theme in plenty of movies but it makes for a perfect marriage with this material. That’s what separates it from the pack. This film is about something and it presents it in such a clever way that it’s impossible for it not to resonate.

I wouldn’t call The Invisible Man “scary”, but it certainly makes for quite an uncomfortable experience. That discomfort comes from an incredible use of tension. Inherent in the premise is a fair amount of tension: there is an invisible person that is terrorizing a woman — that alone is unnerving. Much like our protagonist we are searching all areas of the screen for any sign of that terrorizer. That is quite the unsettling experience, especially when you add in our natural aversion to jump scares, there is no way to be comfortable in this film. However, it is not merely an intense premise that contains all the tension. There is some incredible directing by Whannell that elevates this aspect of the film to incredible heights.

The best horror is unrelenting in its tension. You don’t get many breaks in The Invisible Man, and if you do, they are often short. The incredible use of the camera is quite impressive, but also unsettling in an almost voyeuristic way. At times the scene is shot from the perspective of the invisible man, and it feels very uncomfortable. This is especially true when you put yourself in the shoes of the victim. Just thinking about being in the position of Cecilia Kass (Moss) is completely terrifying and quite stressful.

Elisabeth Moss is a Queen

It doesn’t take an incredible astute critic to point out the greatness of Elisabeth Moss. She’s a multiple-time Emmy winner and has an incredible resume of television work as iconic characters. Just last year Moss gave one of the best performances of the year in Her Smell (which, unfortunately, no one saw but is incredible). So, it shouldn’t come as a surprise that Moss is absolutely incredible in The Invisible Man. Moss has a reputation for playing strong and/or complex characters and this is no exception. Moss plays Cecilia Kass, a woman that escapes an abusive relationship only to discover that her ex has killed himself. Just when it looks like she is recovering from the trauma of her past, she believes he starts to terrorize her.

The multiple dimensions of Cecilia give Moss plenty of room to work. Where she becomes most effective is in her nonverbal communication. Moss says plenty with her eyes and throughout this film. This is also a very physical role and she demonstrates the true terror of her situation throughout her whole body. It’s a performance that is as equally chilling as it is impressive. Much like a few women from the same genre of previous years (Toni Collette, Florence Pugh, Lupita Nyong’o, and Anya Taylor-Joy), Moss is delivering a powerhouse and Oscar-worthy performance. She fits right in with these talented women but will hopefully find success where they could not during this past award season. You’ll be hard-pressed to find a better performance this year. I’m confident this will still be true in December.

It’s Certainly Worth Your Time

Another great element of The Invisible Man is its entertainment value. This film is quite fun. That’s an important element of horror and this film captures that. The Invisible Man is a very well-made film and that production value matters very much. Not to be forgotten is the supporting cast that also does an incredible job with a very difficult task. Aldis Hodge (as James Lanier) provides some stability for Cecilia as well as the audience. He’s a very talented actor, who seems to be a bit underrated and does well here. Harriet Dyer is an actor unfamiliar to me, but I was quite taken with her performance as Cecilia’s sister, Emily. Her internal struggle with what her sister is going through is very present in her performance and quite moving. There also needs to be an acknowledgment for the invisible man himself, Oliver Jackson-Cohen (as Adrian Griffin). How would one go about approaching this role? I certainly don’t know, but he did a great job.

Overall, The Invisible Man is a high-quality film that stands out from the rest of the horror movies this year so far on its production value alone. For me, it feels like the true start of the 2020 movie year.

Thank you for reading! What are your thoughts on The Invisible Man? Comment down below!

[…] if I were to judge After We Collided solely for how it peddles toxic relationships full of gaslighting and emotional abuse, it would be much higher on this list. The only reason it isn’t is that […]

[…] With visually stunning underwater and landscape photography, Descent is a film of visceral beauty. Kiki’s death-defying dives incite an incredible sense of awe for her spectacular ability and the stark allure of these seascapes, but also simultaneous winces and shivers down the spine of the audience, as if feeling the coldness of the water vicariously through her. In a sport where one small mishap could be fatal, Baghai paints a meticulous yet very nerve-wracking picture of every tiny minutia of Kiki’s careful preparation for a dive where there can be no margin for error, showcasing her skill to maintain a calm, meditative state in a highly dangerous and stressful situation. […]

[…] profit this film could have made was, as you can probably guess, ruined by a certain pandemic. Blumhouse, therefore, decided to release the film digitally after a short stint in […]

I’m sold, definitely one I have to see as soon as possible, I love good horror but as you say it has been so bad lately I feel they’re not trying at all, will let you know what happens with this one

‘It Chapter Two’ Loses Much of What Made...