‘Saint Frances’ is the Kind of Film We Need Right Now 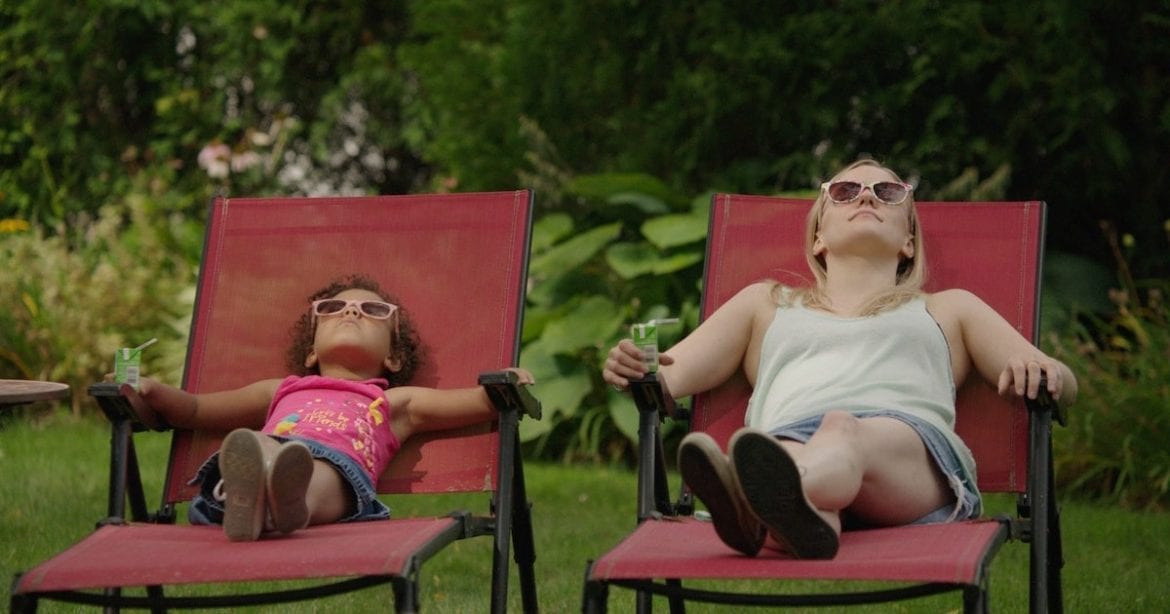 We don’t need to see eye to eye, we just have to remain respectful. This virtue is understood by most children, but it seems lost in American political discourse. It’s disheartening seeing people cheer for a man who spews cruel things about groups of people. At the same time, we must understand that people have legitimate reasons to rally behind such hateful words. They might be disillusioned by the rapid corruption within the government, about how their lives did not go as planned, or how their future or of their children, seems increasingly bleak.

People come from different places, have different experiences. They watch different things. They are afraid of change. They are afraid that certain precious things are being taken away from them. The hatefulness is just a protective measure. It’s important that no matter how offended we feel, how validated we feel in our outrage, to react with love instead of hate.

The opening of this review might seem overly political, but it’s not intended to be. It’s to establish the wonderful message of Saint Frances, a film that wants to come to terms with our differences, that wants to reiterate that America belongs to all of its diverse citizens.

At the same time, it’s a wonderful piece of feminist cinema, as it’s about the importance of women not having to feel ashamed for having certain emotions; whether it’s a disillusionment with motherhood or not feeling any shame or guilt about having an abortion.

Bridget (Kelly O’ Sullivan) is a 34-year-old woman still figuring out her life. After a casual hook-up with amiable Jace (Max Lipschitz), Bridget discovers she’s pregnant. Even though she feels that time is running out, she decides to have an abortion, which Jace respectfully concurs with, though he does seem to have more feelings around the subject than Bridget, who just wants to move on with her life.

While she’s dealing with the aftermath of the abortion, she applies for a summer job as a nanny. The parents in question are Annie (Lily Mojekwu) and Maya (Charin Alvarez), who on the surface seem like a perfect couple even if their personalities differ significantly, most notably in how Maya is a practicing Catholic.

The nanny job mostly consists of watching over Frances (Ramona Edith Williams), a charming young girl whose annoyingly smart for her age. As time progresses, we see Bridget growing a bond with Frances, we see cracks in the seemingly perfect matrimony of Maya and Annie, we see Maya suffering from post-partum depression, and we even see Annie in denial about this or being unable to handle it.

With her 35th birthday ever close at hand; Bridget must examine herself and find out what she wants in life. But the answers never come easy. And progress sometimes seems so slow — yet it’s always there if one keeps reaching for it.

Saint Frances is a personal film, based partly on the experiences of leading actress/screenwriter Kelly O’Sullivan. Like the main character of Bridget, Kelly mused about her purpose in life when she entered her thirties. Like Bridget, she underwent an abortion and had experience as Nanny. She aimed to give her experiences meaning, to give a more diverse portrayal of women and motherhood.

Kelly’s wonderful script never ventures into operatic drama. Everything is lowkey, though there are burgeoning emotions from within. It shows the importance of being open about these emotions, to not feel ashamed about having them, even if society might initially frown upon them.

There are references to bigotry. There’s the giant Christian billboard that says with humongous capital letters “HELL IS REAL.” One scene in the park shows us how prejudice can suddenly manifest itself in the most innocent of places — and also shows us the best of how to deal with it.

It never gets preachy about its message nor does it patronize the audience with cynically capitalizing on the woke culture. It just shows these women humanly and honestly. Though there’s perhaps one unnecessary subplot — Bridget’s infatuation with a musician Isaac (played by Jim True-Frost who is most famous for playing Det. Pryzbylewski in The Wire) never really goes anywhere other than showing Bridget’s habit of pursuing aimless romantic entanglements.

Besides the script, Kelly also gives a revelatory central performance. A performance that like the spirit of the film, is lowkey yet intimate, funny yet heartfelt. 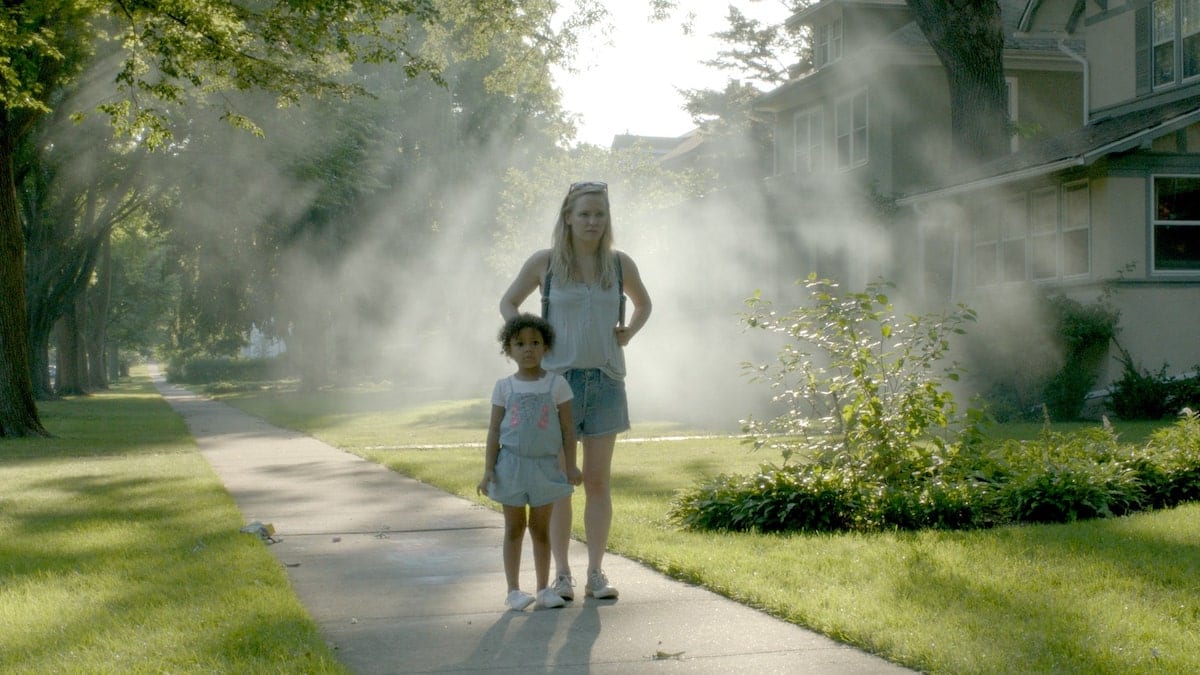 A Refreshing Take on Abortion

Even though Hollywood is often perceived as a liberal safe haven, abortion has always remained a tricky subject in film. The option is hardly explored in a movie without high emotion. This can often be in the case in such situations but it doesn’t always have to be. Sometimes it’s a simple decision that doesn’t come with any guilt or much philosophical consideration. For many, it’s a quick medical procedure.

This is why I found Saint Frances so refreshing. The film is more about how Bridget is forced to struggle with the ethics of abortion due to other people. This doesn’t necessarily mean that these people are bad for doing so. The character of Jace, the man who impregnated her, is respectful in the best possible way but he does assume that Bridget should feel be feeling a certain way about this subject.

Likewise, for Bridget — coming from a Catholic background — the notion of abortion being a mortal sin, akin to murder, is in the back of her mind. When she comes face to face with a catholic painting in the house of Maya and Annie, she’s confronted by how the Church and its patrons would judge her. Even though Bridget clearly grew out of her religions indoctrinated childhood, it’s clear that many women have suffered from extreme guilt, and still do, due to the patriarchal teachings of the church.

The film also gives a humane and more progressive view of a practicing Catholic. We don’t see a stereotypical, moralizing Catholic, instead, we are introduced to Maya, a lesbian mother who attains spiritual nourishment through her faith. Being a person of faith does not have to mean one needs to conform to certain conservative stereotypes.

The faithful are many in the American landscape. But even if their faith is the same, even if they follow a similar god, their lifestyles might differ significantly. Similar to how we shouldn’t automatically assume how women feel about certain issues, neither should we assume that all Catholics follow all the supposed tenets of the church.

We should probably talk about Saint Frances herself. Writing child characters can be tricky. They are often perceived as overly wholesome, full of wise quips. They are pure beings who say ridiculously adorable things. It’s how adults want to perceive them. In actuality, children are far more complex. Children, in fact, can sometimes be horribly annoying.

The character of Frances is exactly that. Sometimes she’s a mischievous little ball of joy, full of wisdom far beyond her age. But it’s more subdued. Sometimes she’s also downright annoying, clumsy, rude, and even a little spoiled. There’s also a hint of possible higher intelligence and social awkwardness — perhaps Asperger syndrome.

There’s just enough edge to her character to make it work. It couldn’t have worked without a pitch-perfect performance by Ramona Edith Williams. She makes Frances a fully rounded character, rather than a cinematic child stereotype. She’s funny, adorable, annoying and by the end, Ramona even manages to reach some genuine dramatic heights. She’s a natural and she can have a great thespian future ahead of her, if she wishes to pursue one.

But even if she doesn’t, her work in Saint Frances is legendary in its own right.

The Millennials are Alright

There’s no shortage of millennial portrayals either on film or TV. Modern millennial voices have come out of the woodwork, giving an authentic voice to their generation. But Saint Frances might be one of the best of its kind, which is probably due to its surprisingly gentle spirit. There’s little anger in this movie; it’s about people wanting to get along with other people. It’s made not with a lecturing snarl, but with an enlightened empathy.

It’s too early to tell if this one of the best movies of the year. But currently, it might be the best I’ve seen this year.

Thank you for reading! What are your thoughts on Saint Frances? Comment down below!

[…] a sucker for a good Robin Williams flick. The Birdcage is one of my favorites because of the departure it takes from his normal roles. Of course, the rest of the cast really makes the movie, particularly […]

[…] this is not Stephen Frears’ masterpiece, Florence Foster Jenkins is a highly enjoyable drama-comedy. It is clear from the start that Meryl Streep carries this movie on her shoulders, with a […]

Sounds like quite the progressive film! Don’t know if I’ll end up seeing it or not but I hate how some of these smaller films aren’t seen by bigger audiences because they tend to have great messages.