‘The Gentlemen’ is a Disposable, Yet Welcome Return to Guy Ritchie’s Comfort Zone 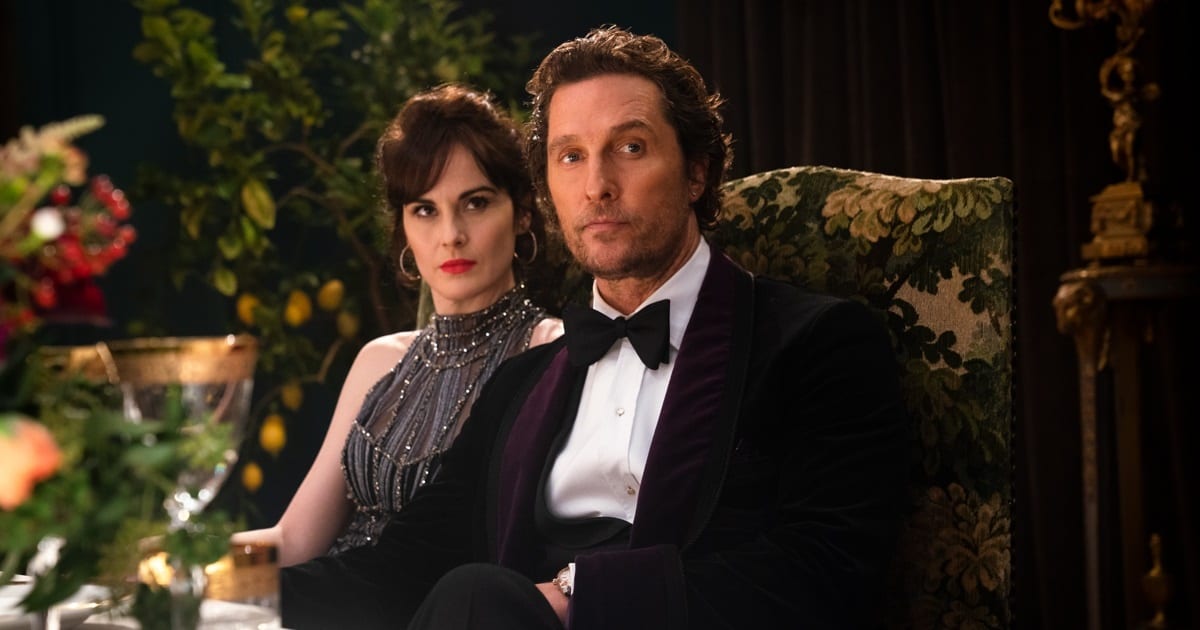 Guy Ritchie has had quite an interesting career. Making a name for himself in the late 90s and early 00s with the critical and financial success of Lock, Stock and Two Smoking Barrels and Snatch, movie-goers were quickly acquainted with his distinct filmmaking style. There was hyperactive direction, rapid-fire editing and a colorful array of quippy smart-ass characters in a gritty crime setting, all while maintaining an underlying brutish energy and sense of humor that was uniquely British. However, over this last decade, Ritchie’s success has seen him move away from the gangster genre and shift towards more high-profile studio projects of existing IP, like Sherlock Holmes, The Man from U.N.C.L.E, King Arthur, and Aladdin. While having wildly inconsistent results at the box office and (with the exception of Aladdin) his trademark stamp still somewhat visible, they were evidently much weaker than Ritchie’s original works.

Luckily, Ritchie has used his big, fat Disney paycheck to return to the crime genre with a new original gangster tale that most exemplifies ‘A Guy Ritchie Film’. And don’t let the marketing with pristine white backgrounds containing dapperly dressed men or a glistening tumbler of whiskey with a revolver-shaped ice cube mislead you into thinking this is a low-rent Kingsman knock-off. The Gentlemen is far from it.

In Ritchie’s latest crime caper, Matthew McConaughey plays Mickey Pierson, a man who is the ultimate rags to riches story. From humble beginnings in a podunk trailer park in the American South to receiving a Rhodes scholarship to Oxford to study botany, Pierson made his way by selling Marijuana to his wealthy British classmates (He is essentially an older, more sophisticated and more educated version of Wooderson from Dazed and Confused). Through years of shady dealings with dirty money, Mickey’s small-time operation transformed into the most profitable drug empire in the U.K. When word hits the streets that Mickey wants to cash out of the game, a barrage of schemes, blackmail, double-crosses and bribery ensues.

There’s pompous, Jewish-American millionaire, Matthew Berger (Jeremy Strong) looking to buy out Mickey’s entire operation on one side, and Dry Eye (Henry Golding), the growling leader of an Asian drug cartel on the other, looking to bypass the formalities and take Mickey’s fortune from under him. Throwing a spanner in the works is the unpredictable boxing coach aptly named Coach (Colin Farrell) and his band of rabble-rousing, troubled young misfits. On top of all this, this complex tale is regaled to us through the most unreliable of narrators, Fletcher (Hugh Grant), a sleazy reporter sharing this information and other secrets to Mickey’s trusted no. 2, Raymond (Charlie Hunnam), blackmailing him for a large sum of money or he will go to his editor with his information.

As you can see, there is a lot going on. Right out the gates, Ritchie firmly establishes that he is going back to the good old days with The Gentlemen, with a pulpy 70s style opening credits sequence, reels upon reels of celluloid film footage and Fletcher prompting the audience that the story he is about to tell is a classic crime story and a true piece of old-school cinema. While the film abandons this nostalgic aesthetic in favor of a more modern and slick visual style after its opening, there is still a potent grungy and underground feel, despite featuring predominantly high society types.

For a film so incredibly stuffed with plot and incident (I didn’t even mention Michelle Dockery and her auto-shop of female-only mechanics), the story feels like series of loosely connecting comedic and action setpieces all told through the framing device of Fletcher’s recounted narration. That leads for this amazing ensemble cast to all get their moments to shine. Matthew McConaughey is not who you’d ever expect to front a Guy Ritchie film. His relaxed, mellow and understated charisma seems to be at odds with the breakneck, overly-energetic filmmaking style of Ritchie, but he brings a much-needed change of pace. He firmly grounds a film chock-full of eccentric characters, but still gets his chance to let loose and have a grizzly outburst. Charlie Hunnam also matches the measured class and sly charm of McConaughey, while also being the perfect vessel for Ritchie’s snappy dialogue and über-macho silliness. 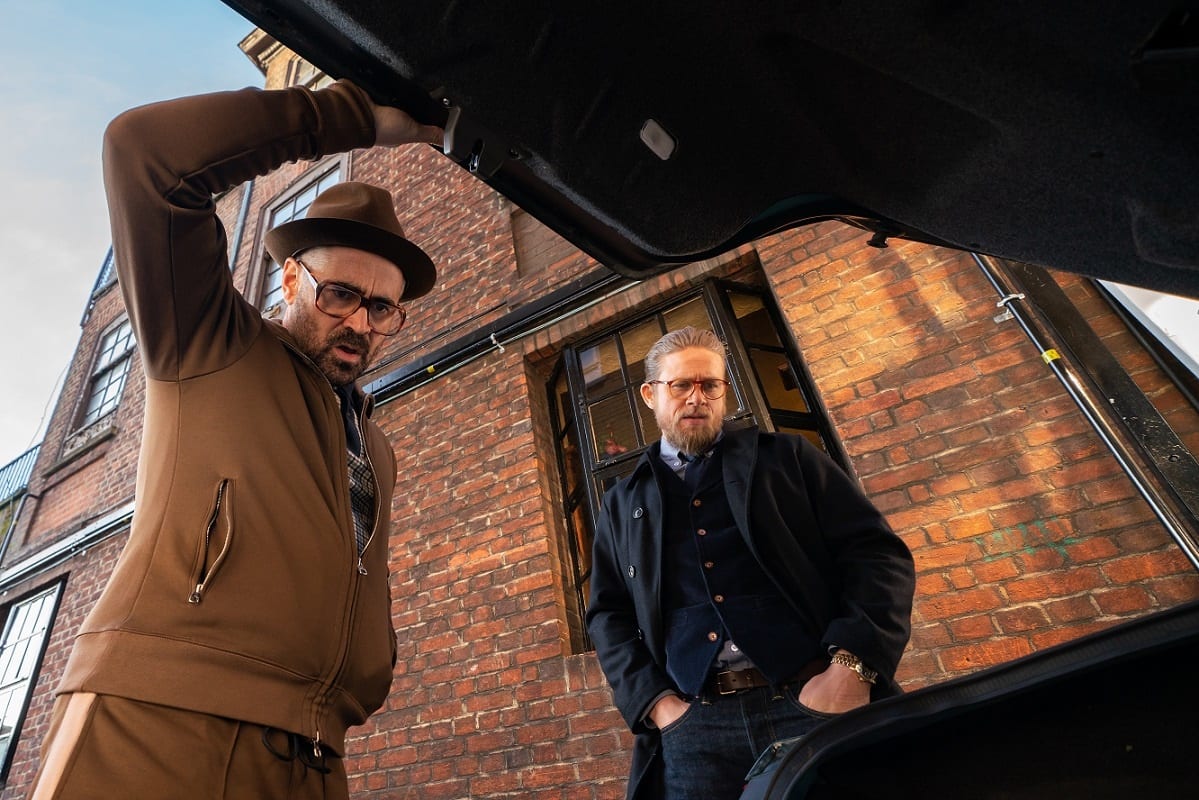 Colin Farrell makes you wonder why he has not been in more Guy Ritchie films, fitting perfectly into the mold of the film’s wildcard. He brings the intense, kinetic energy needed for the role and his comedic timing is excellent. Henry Golding is also a lot of fun, ditching his charming rom-com persona for a sniveling, bratty antagonist. Unfortunately, the script does him no favors by making him the subject of a lot of borderline racist humor that leaves a bad taste. But it’s Hugh Grant who steals the show, channeling his flamboyantly ridiculous Paddington 2 performance into an R-rated setting proved to be a stroke of genius. Grant is having the time of his life as a petty tabloid journalist that (for reasons that are hilariously unexplained) is trying to get a spec script financed, which pays off in a bizarrely meta fashion in the film’s final scene.

Outside of the immensely entertaining performances and action scenes, there isn’t really much more to The Gentlemen. As exciting as it is to see Ritchie back in his wheelhouse, it does carry itself as a sort of “greatest hits” that leaves more to be desired and does not lave much of a lasting impact. That being said, there’s still a lot to like about The Gentlemen. A disposable, yet entertaining homecoming to the gangster genre for Guy Ritchie with an overly familiar setting and plot, but is elevated by its incredible cast and Ritchie’s signature filmmaking style at its most potent level in years.

Thank you for reading! What are your thoughts on The Gentlemen? Comment down below!

Three Simple Questions for Creating an Adaptation of a Jane Austen Novel - MovieBabble August 31, 2022 - 11:49 am

[…] make up for the overall shortcomings of the narrative. One of my favorite performances was from Henry Golding as Mr. Elliot. Like all Austen villains, Mr. Elliot is handsome, charming, and intelligent. He also […]

‘Downton Abbey’ is a Welcomed Return for the...