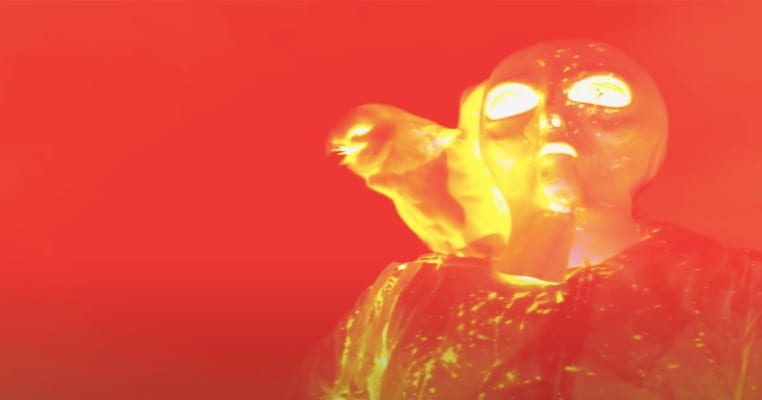 Are you ready for my second selection of short horror movies on YouTube? Here we go! As usual, I found these short gems via ALTER (except for the second one, which I found by accident).

At first glance, Salvatore — an elderly Italian man — seems to have a good life… He is sitting in a comfortable armchair, drinking a glass of red wine, smoking a cigar, and listening to an opera. It seems that like after a life of hard work, he can finally kick back and enjoy life to the fullest. Or are looks deceiving?

When the camera pans out, you realize that he is actually in a home for elderly people. A male nurse quickly enters his room because it’s Salvatore’s bathtime. The nurse is impatient, swears, and scolds Salvatore the whole time. Moreover, he treats his client in a humiliating and demeaning way. Will Salvatore accept his fate or does he take revenge?

Soon, Salvatore has his own bit of fun though, and it starts quite innocently… We wait for something violent to happen and when it does, we are almost shocked. But justice has been served and it even looks like Salvatore looks a lot better off with his new nurse. *Wink, wink*

Young and old, beautiful and ugly, vulnerable and strong, respectful and cruel,… there are some of the simple but powerful juxtapositions underlying this story. Two film production companies based in the Netherlands — DPPLR and House of Netherhorror — are responsible for Salvatore, but most of the kudos should really go to the actors!

To be honest, I was attracted to this horror short by its title. How can a toothbrush be haunted or cursed, or whatever else? As it turns out, this innocent looking thing can be actually very creepy!

It’s evening and a young boy brushes his teeth before going to bed. He uses a musical toothbrush that only stops playing when all teeth are clean. In the meantime, the father is having a discussion with a friend who claims that all the chemicals in toothpaste actually ruin your teeth and that it is even better not to clean your them at all. Otherwise, you’ll lose all your teeth…

What happens next can be summarized in one sentence: the toothbrush will change the friend’s opinion forever!

This is another perfect mix of humor and creepiness. I also appreciated the simple and original idea. The 3 filmmakers who are behind this short horror movie call themselves GPx Horror. They were actually inspired by a Thai short horror movie and decided they could make something similar. And with their family and friends, they finally made this fun little project. Unquestionably, it made me want to see if I can find the short movie that inspired these guys and have a look at their YouTube channel.

The language spoken in the horror short, by the way, is Hmong (originally from southeast Asia), but there are subtitles.

Do you believe in aliens? The two main characters of Circles certainly do! Andy and Martine, two paranormal investigators, run a show on a local radio station, dedicated to their favorite subject. Imagine how excited they become when crop circles start appearing near their hometown of Totnes, Devon. But soon the following question arises: who are the (real) aliens?

In case you hadn’t noticed, I absolutely love the combination of (dark) humor and horror. And it’s actually a feature I would like to see more, also in “long” horror films. But anyway, Circles is a very good example. There are no real jump scares (or maybe I have become too much used to them…), but the screenplay is (“bloody”) funny (couldn’t help this pun) and the two actors who portray the main characters do a more than splendid job. There are also some sci-fi elements in Circles, so if you are into this genre, you really have to check out this horror short. But again, it’s the combination of gore and humor that really makes Circles one of the best short films I have seen on YouTube so far. Although We Summoned A Demon is still my big favorite!

The man who directed Circles and also wrote its screenplay is Dean Puckett. He is an award-winning documentary maker from the UK, with titles such as The Elephant in the Room and The Crisis Of Civilization. Afterward, he switched to short horror movies such as The Sermon and Circles, and according to his website, he is currently working on his first feature, I Feel Blood.

After I had done some research on director-writer Dean Puckett, I suddenly realized that I had seen The Sermon earlier this year as well. And I liked it! I actually plan on rewatching this again and I will review it here too. And although the two movies differ a lot concerning subject and atmosphere, they have an important feature in common…

Do check out my blog for some more horror shorts! :) Nice article btw.