‘The Old Guard’ Kicks Ass and Should Make Names 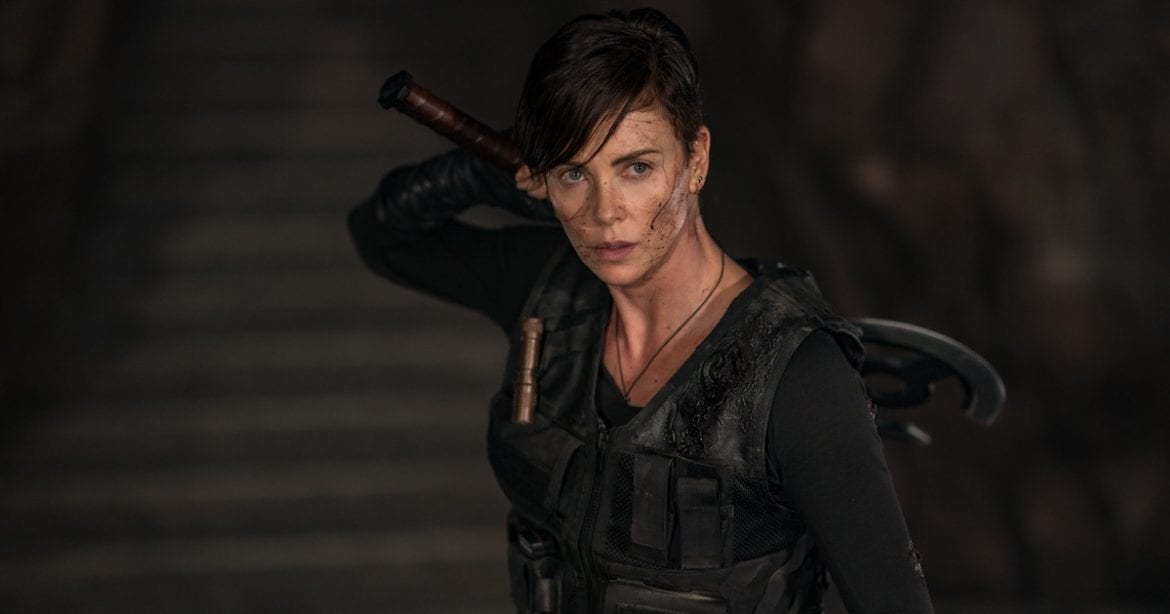 Netflix’s record with original Hollywood action movies is patchy at best. When the so-so Extraction is among the finer examples of their big-name blockbusters, there’s something not working. With The Old Guard, though, they might hopefully have found a game-changer. It’s everything that previous A-lister action vehicle 6 Underground wasn’t. Where that was incoherent, chaotic, and offensively dumb, The Old Guard is focused, sharp, and surprisingly intelligent.

Charlize Theron stars as Andy, (short for Andromache Of Scythia), a 6000-year-old warrior who leads a team of immortals in taking on missions beyond the abilities of standard soldiers. When they attract the attention of pharmaceutical billionaire Merrick (Harry Melling), he plans to capture the squad so he can get his hands on their secrets and use them to gain greater riches.

An Experienced Director in a New Direction

Gina Prince-Bythewood has previously been known for the thoughtful dramas Love & Basketball and The Secret Life Of Bees, and that level of consideration elevates The Old Guard above mindless action. The questions of how a person would cope with outliving nearly everyone around them, of what you should do with the abilities you have, and how to make the world a better place are lofty considerations for an action movie and they’re explored well here.

Importantly though, these aspects don’t slow the movie down. It is, first and foremost, an action movie and the fights and shootouts are marshaled excellently. The audience always knows where everyone is, even as the camera circles a whirlwind of crunching bones and shotguns to the face. The scene with hand-to-hand combat in a spiraling plane is a particular standout that matches Theron’s kickassery in Fury Road or Atomic Blonde.

Every member of the team gets a chance to shine, but Kiki Layne‘s new recruit Nile, in particular, is a star-making turn grabbed with both hands. After being killed in Afghanistan, she wakes to find herself completely healed and mystically connected to the other immortals. The audience surrogate can sometimes be a thankless task, but not here. Nile is thrown headfirst into a crazy situation but she’s clearly a tough determined character that isn’t going to roll over just because her (much, much) elders say so.

Matthias Schoenaerts keeps his tough-as-nails soldier engaging and Marwan Kenzari and Luca Marinelli as Joe and Nicky are a couple who would (and do, repeatedly) die for each other. Note that they’re an interracial gay couple in a big-budget movie and it’s no big deal. (Are you listening, Disney? See, it’s not difficult.) It’s not the worthless blink-and-you-miss-it type of tokenism that happens all too often these days either. At one point, having been captured, a bad guy taunts Joe with a sneering, “Is he your boyfriend?” and Joe gives an emotional speech of just how much he loves the man he’s been with since The Crusades. Prince-Bythewood’s background in drama shines through in the moments where the squad gets to sit down and talk. The audience gets to know these people and care about them in a way that’s unusual for an action movie. It gives The Old Guard room to breathe between the gun and fistfights without it bloating the run time. 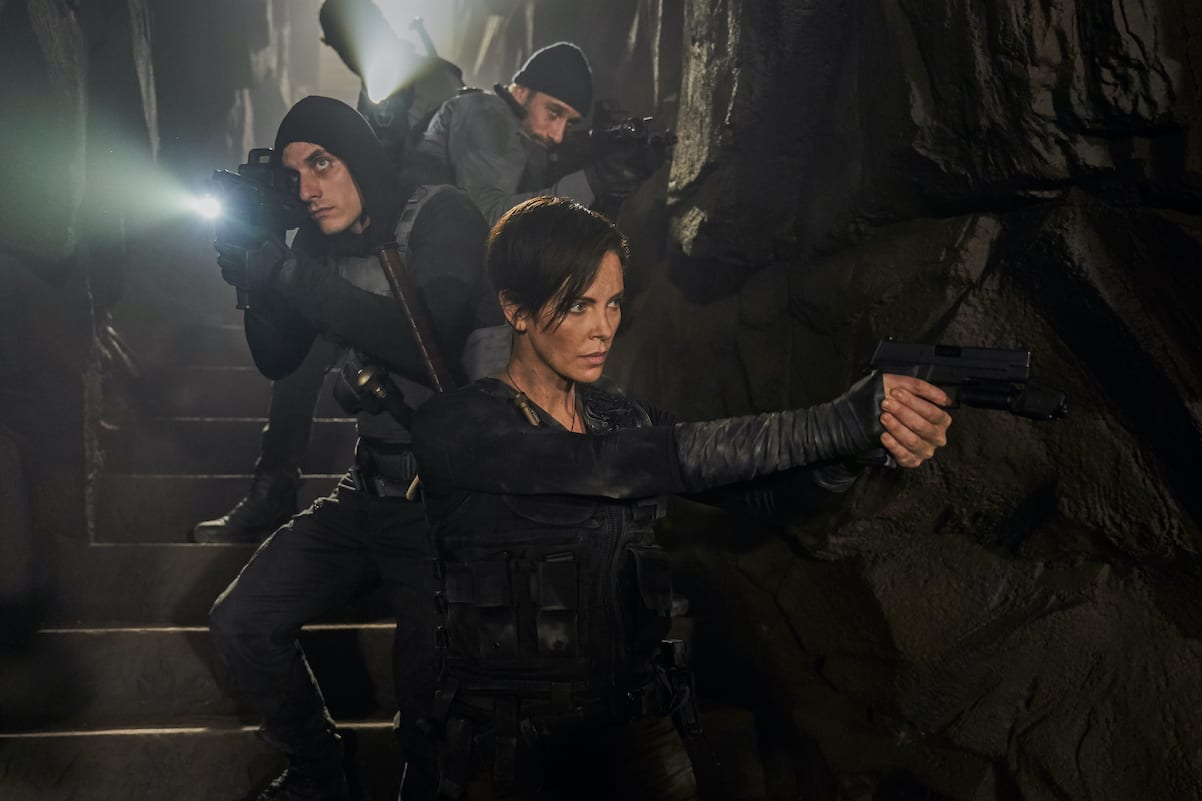 The script, adapted by Greg Rucka from his own comic book also spends the requisite time with the villains of the piece. Chiwetel Ejiofor is given enough backstory to justify his actions and ensure he’s not a caricature. He’s a man suffering from great loss who wants to save as many people as possible from enduring his sadness. To be fair, Merrick, the lead bad guy, is a punchable monster, but he’s still less of a slimy creep than Pharma bro Martin Shkreli, and that asshole is unfortunately real.

In the main, however, this is Charlize Theron’s show. Obviously, by now, Theron being great isn’t a surprise, but she is really, really great in The Old Guard. A butt-kicking blur of blades and bullets, she sells the idea of someone who’s been a warrior for millennia. That skill level comes at the price of being world-weary in a way that is extremely weary. Andy has watched countless people grow old and die. She’s been knee-deep in battles for longer than anyone should have to endure and, as shown in a Xena-esque flashback sequence, she’s done it without her fellow immortal and missing soulmate Quynh (Van Veronica Ngo). It’s a shame there isn’t time for more historical backstory of the immortals. The idea of a couple’s meet-cute being repeatedly killing each other in a medieval war sounds brilliant.

This is one film with a post-credits sequel setup that feels sensibly confident rather than hopelessly deluded. There’s a rich world set up here and a lot of potential for historical backstory as well as the limitless missions going forward. Hopefully, that promise is realized.

Thank you for reading! What are your thoughts on The Old Guard? Comment down below!

I watched it this morning. Loved it!!! Hope they make another one!