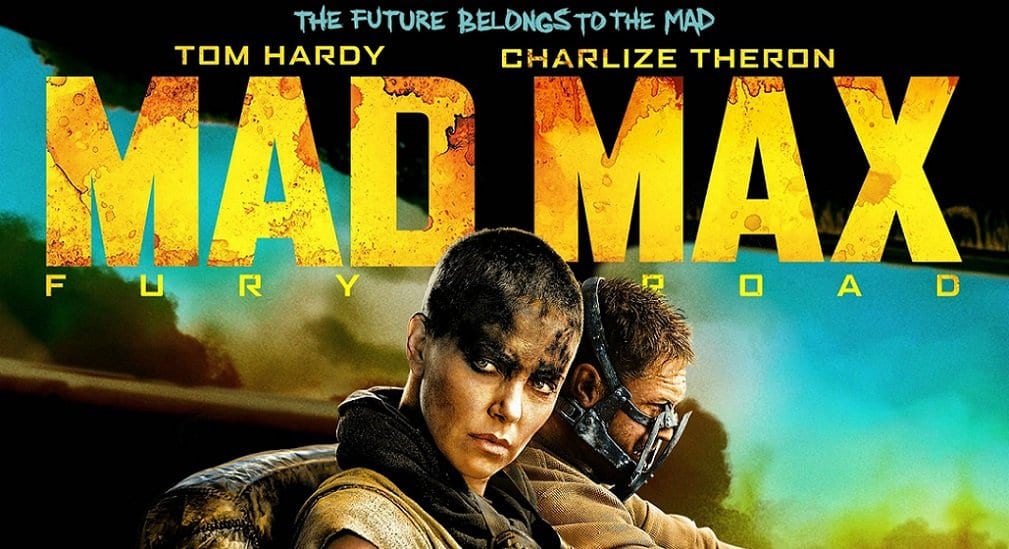 The next reader requested review comes from a dear friend and highlights George Miller’s crazy action epic, Mad Max: Fury Road!  Coming 30 years after Mad Max Beyond Thunderdome, Miller had ruminated for years on what a fourth Mad Max would entail, and it finally came to fruition after years of planning.  The following review will be spoiler free. 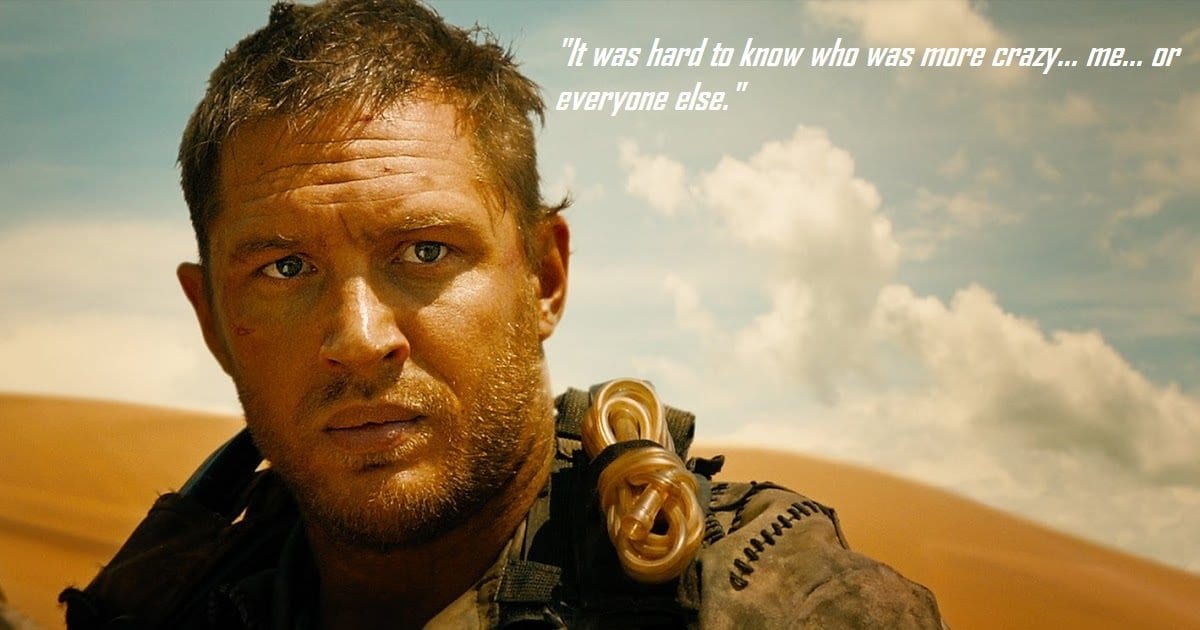 Following a nuclear holocaust, Max Rockatansky (Hardy) is captured by an army called the War Boys which is led by the tyrannical ruler Immortan Joe.  Max is designated as a “blood bag” to one particular War Boy, Nux (Hoult).

Concurrently, Joe learns that one of his lieutenants, Imperator Furiosa (Theron), has taken his fives wives selected for breeding on the War Rig that she took to collect gasoline from a place known as Gas Town.  Upon learning this, Joe sends his entire army after Furiosa, allowing Max and Furiosa to team-up once they cross paths.  Furiosa knows of a far away land called the Green Place that will be habitable for her and the wives.  Max, tortured by his past, eventually agrees to help the group evade Immortan Joe and his army.

George Miller had been planning to make a fourth Mad Max film for quite some time, but financing and distribution rights hindered that quest for decades.

In 1995, Miller acquired the rights back to the property and quickly began working on story ideas.  The film was initially going to start filming in 2001 with 20th Century Fox, but the 9/11 attacks occurred, causing another delay.  Because the the film was to be shot in Australia, the budget for the film ballooned as the terrorist attacks made the American dollar collapse in comparison to the Australian dollar.

After returning to the project after directing other movies, Miller was given the green light to start filming in 2003. But once again, production was delayed as the location was ruined from rainfall.

In 2009, the rights of the project shifted to Warner Bros. where Miller could finally get the ball rolling again.  Principal photography began in 2012 in Namibia where filming was reportedly grueling to say the least with many setbacks and feuds between actors, most notably between Tom Hardy and Charlize Theron. Fury Road is a labor of love from George Miller, and that fact is unbelievably obvious from the first few frames of the film.  Miller had years to create the set pieces within the film and execute them, and we’re all better because of it.

In a time where films are consistently using CGI as a crutch, Miller was a dinosaur, planning out great stunt work and true visual scope that make the film that much better.  It’s truly amazing to see massive, souped-up oil rigs and cars actually fly around at lightning speed while trained stuntmen leap all over the screen.  There’s obviously visual effects used in this film, but it’s used as a tool to represent instances that just can’t be replicated through practical effects due to either weather patterns or safety hazards.  The result is amazing action that’ll consistently raise your heartbeat until the ending credits come over the screen. The action is frenetic and relentless.  When you then add a suitably insane score, you have a truly different cinematice experience.  Junkie XL deserves all the credit in the world for his rock opera music.  Not only does it perfectly accent the crazy, oil-infused chases, but it even offers a surprising amount of emotion when needed.  If it doesn’t energize you with it’s octane-filled beats, then I’m not really sure what would.

A Perfect Representation of Visual Storytelling

This is where Mad Max differentiates itself from the crowd.  On the surface, one can easily enjoy the film as a non-stop action thrill ride with the best stunt work ever put to film.  However, there’s a fully realized story at this film’s core that doesn’t haven’t to be explained in great detail.

Many of Fury Road‘s harshest critics would say that there isn’t much of a story here.  But, in this critic’s humble opinion, that couldn’t be further from the truth.

Mad Max: Fury Road tells you exactly what you need to know.  We get shades of a tortured past from Max where he failed to save those in need which creates his character arc as he begins to save the group of women.  Furiosa and Nux even go on their own path to redemption.  Just because a film doesn’t include excess dialogue does not mean that it has a limited story.  You come to understand everything about these characters just from the look in their eyes.  Although he’s made a habit of playing characters with masks that stifle his dialogue, Tom Hardy has proved that he’s excellent at this skill.

Miller and the rest of the writing staff understood that having too much dialogue would rid the film of its overly fast pace.  Because of this notion, there are some things in this film that will never be answered.  Luckily, there’s room within the chaos for us to be invested in the characters.  For a film like Mad Max: Fury Road, that’s all you need.

Timely Themes Underneath the Hood

Within the same vein comes the idea of female empowerment and strength.  Even with all the amazing cars and effects in the film, this may be Miller’s greatest feat in Fury Road.  This theme is all over the movie, but there’s never an inkling of it dominated the screen or becoming preachy.  The females are naturally strong because of great writing and acting.  They don’t need to tell us that they’re strong, we just believe them from their actions.

Charlize Theron is the best example of this train of thought.  Why she didn’t get nominated for her work as Furiosa is beyond me.  The amount of physical and emotional acting she accomplished in this film is truly noteworthy.  She proves very quickly that she can kick a lot of butt.  However, some of the best moments in the film are when she has to convey emotion.  Because she is setup as this extremely tough character, it makes it even more heartbreaking when she loses her cool. She steals the show, and for good reason.

Mad Max: Fury Road is a bonafide modern classic.  Obviously, it contains some of the best practical action put to screen on a massive scale.  But, it also contains some of the best examples of visual storytelling that film has to offer.  There’s so much going on in this film that isn’t ever spoken or referred to, making it much more than just your run-of-the-mill action movie.  It’s obviously an A+.

Fury Road is one of those films where you’ll never forget where you were when you first saw it.  It’s unlike anything we’ve seen before, including the other Mad Max films.  George Miller’s baby is a behemoth that will only get better with age.

Thanks for reading!  What are your thoughts on Mad Max: Fury Road?  Comment down below!

One of the best rides in a long time.

Pretty much! Hats off to George Miller for finally carrying out his vision

I watched Fury Road with my family recently and absolutely loved it. The story was simply, but basically everything was total eye-candy! I loved it!

It’s so great! I remember when I first saw it my jaw dropped within the first five minutes!