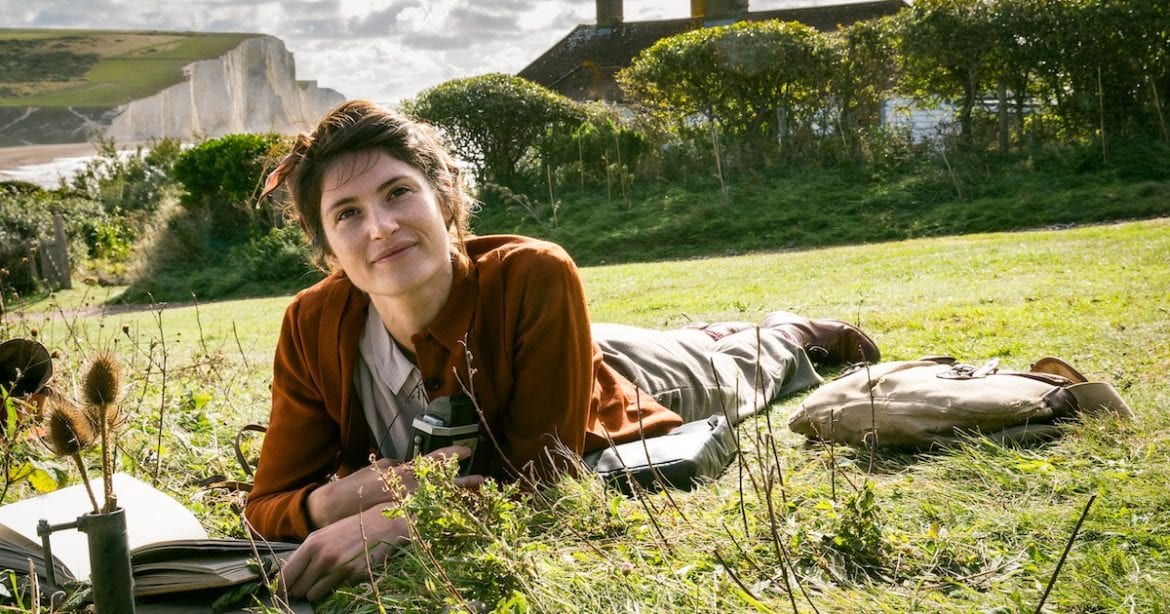 World War II was as far-reaching as its name would suggest. Not only did soldiers and civilians die, but their friends, families, and even hometown acquaintances were all affected by this devastating war. Summerland highlights an oft-overlooked, but important dimension of World War II: displaced London youths. Alice Lamb, an isolated researcher in Kent, is forced to take in Frank, a young boy from London when bombs start to hit the English capital. At first reluctant, Alice slowly opens up to the charming boy, while also coming to terms with her past love. While sometimes a bit cliché in its sentimentality, Summerland is a genuinely moving portrayal of family and love in a time when it was hard to diverge from the norm.

Gemma Arterton plays Alice, and excellently portrays the hostility and mystery the local oddball keeps up as a guard. I’ve most recently seen Arterton in Vita & Virginia, a film exploring the relationship between Virginia Woolf and Vita Sackville-West, Arterton playing the latter. Arterton has an excellent way of portraying very mysterious characters, and although Alice and Vita are worlds apart in their life choices, they both use different means of disarming and distracting any potential threats to their facade. In both Vita & Virginia and Summerland, a woman is able to break through. Vera, Alice’s former lover, is played by the gorgeous Gugu Mbatha-Raw, and their chemistry is excellent. My only wish would be more Mbatha-Raw, because she’s such a treat on screen.

Lucas Bond plays Frank, and I wouldn’t be surprised if this is a breakout role for him. He’s adorable, and excellent in playing such an open and accepting character. The scene of him accepting Alice could be the only thing on his reel and he would get every role, if it were up to me. Bond and Arterton play well off each other as well, exploring both serious and immature conversations and themes together. Bond needed to be in this role, or else the movie would have fallen apart, truly. Performances by British legends Penelope Winton and Tom Courtenay round out this small, but powerful cast.

Summerland marks Jessica Swale’s screenwriting and directing debut, at least in film. Swale is a prolific playwright and director, and even won an Olivier Award for Nell Gwynn, her play starring Arterton in 2016. Swale’s theater experience is plain in the film: a small cast, a pretty singular location, and extremely emotive actors make for a much more intimate film than we are used to in the World War II genre. It plays to her advantage, especially in showing how day-to-day life was affected by the war. Of course, there were bombings and the front and rations, but what about everything else?

The anxiety and excitement Frank feels about his father, a pilot in the war, is reflected in every longing look to the sky, every time he tries to fly his wooden plane, and every time he receives a letter. This daily anxiety about Frank’s loved ones, both his father and mother in London, are enhanced by the film’s beautiful and calm exteriors. Alice and Frank’s arguments are petty in the context of a great war, but not so much in the context of a young boy being thrust upon an unwilling woman. Family and individualism duel for all to see, in heart-crushing detail, and make for a deeply intimate and meaningful film. I must give all credit to Swale’s writing and direction to make this balance possible.

As I mentioned above, the exteriors are gorgeous. Alice’s research topic is on the phenomenon of floating islands: a phenomenon where people see double a landmass, one where it is, and one reflected in the clouds. I am not a scientist, but I believe it has something to do with refraction and reflection and mirages and the like. Alice studies them in relation to folklore and mythology, and shows Frank how they are related to the Pagan afterlife, or Summerland. (They say the title!) The cinematography by Laurie Rose, perhaps best known for his work on Peaky Blinders, enhances the magical and mysterious nature of this phenomenon, and without any spoilers, helps to enhance the ultimate twist at the end of the film.

The sweeping beach landscapes of Kent coupled with the crowded interior of Alice’s cottage are another delightful addition to this film. Set decoration by Philippa Hart gives a further glimpse into Alice’s psyche. Pinned pictures on maps, stubbed out cigarettes, a mailbox filled with sticks so no one can reach her…it all works to create a portrait of a single-minded woman who doesn’t only dislike distraction, but refuses to let herself feel anything even resembling distraction from her work for fear of getting hurt. All this before she even has a line! Again, it’s really incredible and works in tandem with the story.

I have reflected on quarantine and 2020 as a whole in my past few reviews, and how different films can act as escapism or a necessary reminder, depending. Summerland offers a bit of both, in my opinion. It’s a calming and touching British film with gorgeous seascapes. What’s not to like about that? But it also reminds me that terrible things have always been happening, this is just the first really big one I’m living through. I don’t want to compare World War II to the complete disaster of 2020, I don’t think that’s fair to anyone. The only thing I mean to convey is that films have an uncanny ability to act as a response and reflection to the world around us, and make us respond and reflect in turn. I did think about Summerland for a few days after I watched it, not only in my enjoyment for this review, but also in the context of what I can take away from it and apply to my daily life. If I had to pinpoint that, I would say it’s the idea that letting people in is a good thing, even if we can’t be with them.

Thank you for reading! What are your thoughts on Summerland? Comment below!