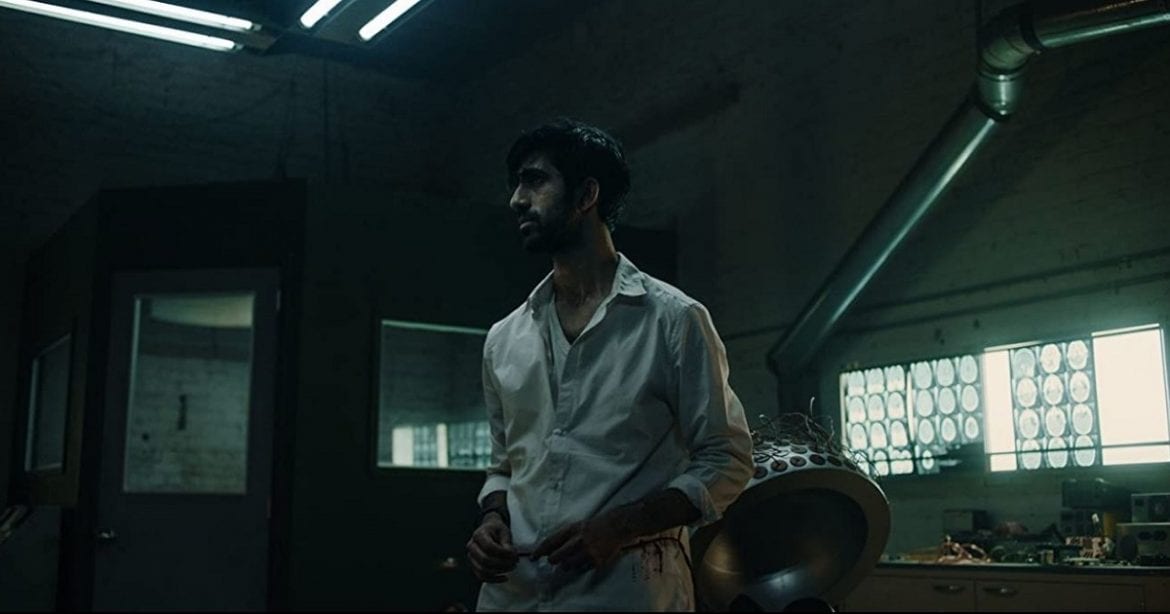 Right off the bat, Minor Premise has one of the better science fiction premises you’ll see. Ethan (Sathya Sridharan), a reclusive doctor hoping to continue and surpass his father’s legacy, is making an update to a machine that attributes memories to emotions, with the end result being to tie those emotions to different sections of the brain and enhance (or reduce) their effects. Running up against a deadline, Ethan tests the machine on himself (as is standard by scientists in science fiction movies) to increase the intelligence sector of his brain.

Of course, the experiment goes horribly (as is also standard in science fiction movies); instead of enhancing one piece of his brain, it shatters it into 10 separate sections, most of which are pure distillations of different emotions. There’s the default (Ethan as he normally is); one version that’s all of Ethan’s anxieties; another that’s all rage; one that’s pure libido; a version of Ethan with all his psychotic tendencies, and so on. And here’s the catch: each of these sections takes over Ethan’s consciousness for six minutes of every hour, exactly on time. The film is so wrapped up in the hard science of it all that you tend to buy every leap in logic it throws your way.

With the help of his colleague Alli (Paton Ashbrook), it’s a race against the very destruction of Ethan’s own mind to fix his machine and put the fragmented sections of his consciousness back together. In that sense, Minor Premise is very thrilling, using its incredible small cast and limited locations to create a very solid genre piece. Just when the concept begins to run stale, the script (written by director Eric Schultz along with Justin Moretto and Thomas Torrey) adds a new wrinkle to the proceedings. Certain mind fragments try to communicate with each other in clever ways to keep the ball rolling on solving the elusive equation to fix the machine; other times, it becomes clear some fragments cannot be trusted and all information should stay hidden from them.

But it’s also those layers that work against Minor Premise. Rather than taking the opportunity to deeply explore Ethan’s mind (or cut Sathya Sridharan loose entirely so the film has an injection of over-the-top mania — his mind is splitting apart, after all), the film is far more interested in the mechanics of its plot. The few attempts at a deeper character study are either hamfisted or underdeveloped.

That doesn’t mean watching someone battle his own mind for 90 minutes isn’t still incredibly entertaining. Although, it may be entertaining enough to make you wish it was better. Such a great idea has so much potential, that it could be frustrating to watch Minor Premise settle for “good”.

However, even when the film does fall short, its slick direction, editing, and pacing keep it humming, which will help it carve out its niche among science fiction fans who place a particularly strong emphasis on the “science” portion.

Thank you for reading! What are your thoughts on Minor Premise? Comment down below!