How San Francisco Ruined ‘Inside Out’ 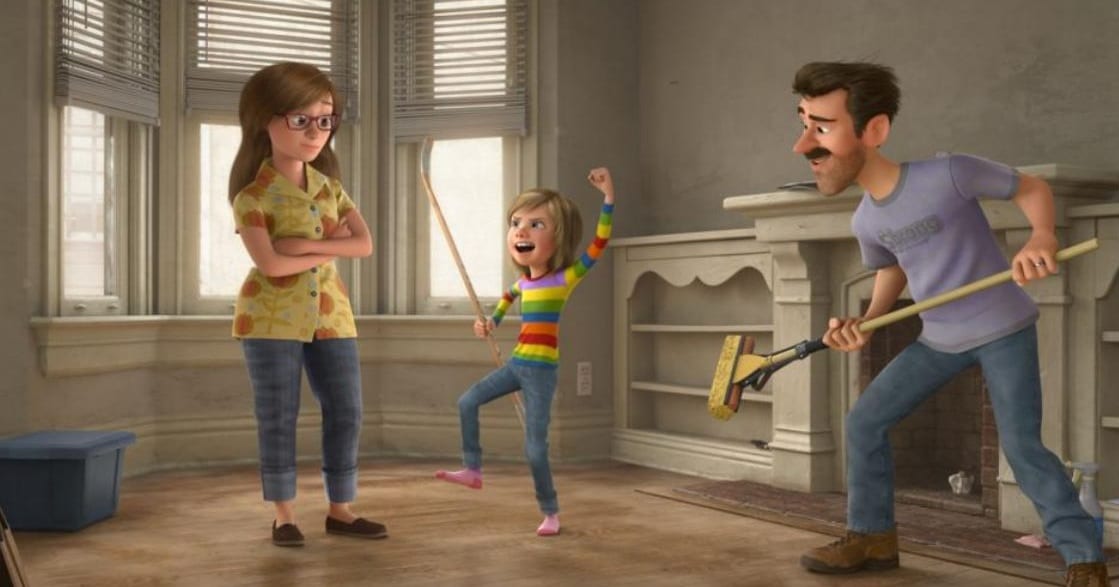 It’s been pretty well established that Inside Out, Pixar’s fifteenth theatrical release, is a knockout masterpiece. The Atlantic praised the film as an example of Pixar “once again at the top of its game, telling the kind of thoughtful, moving meta-story it’s hard to imagine being produced anywhere else.” NPR proclaimed that “Inside Out isn’t just a sign of renewed youth from Pixar. It’s the reason Pixar exists.” Coming on the heels of Pixar’s foray into undemanding sequels, Monsters University and Cars 2, as well as the perfectly fine Brave, Inside Out was treated by critics as an example of the company righting the ship and once again discovering the magic that fueled their first fifteen years of crafting transcendent theatrical films.

So why then does the film leave me so cold? I’ve enjoyed most of Pixar’s work, and I think they have more than a few masterpieces under their belt. But after revisiting Inside Out, the film still does nothing for me.

The film includes some of the incredible craftsmanship that you would expect from Pixar. It includes some of Pixar’s most intricate world-building. Like most of their movies, it’s often visually stunning. Still, even middling Pixar films like The Good Dinosaur and the Cars movies include some wonderful animation and eye-catching sequences. A smattering of great parts does not constitute a great movie.

I suppose my particular hang-up with Inside Out is San Francisco. Well, not exactly San Francisco as much as what San Francisco says about class and how that impacts my relationship with the characters. I understand that this is my own peccadillo that, judging by conversations I’ve had with people both online and in real life, isn’t widely shared, but I can’t help but see Inside Out as the story of a poor little rich girl.

The split-level narrative of Inside Out occurs both in the external and internal. After her father gets a job in San Francisco, preteen Riley is whisked away from her comfortable surroundings in Minnesota to NoCal. The move doesn’t sit well with Riley who misses winters playing hockey not to mention all of her old friends. Internally, Riley’s emotional state is represented by Joy, Anger, Disgust, Fear, and Sadness. Clearly, though, type-A personality Joy is in charge. And when Riley begins acting out following the big move, Joy has difficulties righting her emotional state.

Arguably, Inside Out’s emotional punch comes from the universal nature of its subject. We’ve all gone through puberty and had to face the whirling emotions that flooded us as we grew into adulthood. Who couldn’t relate to trying to navigate the turbulent eddies of adolescence? And if you’ve ever been a parent of a teenager then you could probably relate to the transformation of your child into a ticking time bomb of emotions.

The universality of the premise should make Riley easy to relate to. She’s going through a phase, and at one point I went through a phase. We’ve all been there. But on closer inspection, there’s nothing universal about Riley’s experiences. And it starts with the city of San Francisco.

According to a cost of living index, living in Minnesota costs slightly less than the U.S. average. To live in San Francisco, however, it’ll cost you nearly three times the U.S. cost of living. The biggest difference here is housing. Housing costs in San Francisco are nearly six times higher than the average. A middle of the road home price in Minnesota will run you about $235,000. In San Francisco, that number balloons to nearly $1.4 million. To just get a one-bedroom apartment, you’re going to pay nearly $3,500 a month.

The point is, you’re not moving your family from Minnesota to San Francisco unless you’re expecting a massive salary increase. In other words, Riley’s dad is making bank. But when Riley gets to her new home, she’s disgusted by her small room and cramped quarters. During this scene, I couldn’t help but think to myself, “Do you know how much a place like that costs in San Francisco? You even have your own garage!”

These financial concerns are of course invisible to Riley, but they’re not invisible to the audience. So when Riley struggles with adapting to an unfamiliar place, it’s hard for me as an audience member not to also see Riley’s incredible luck and privilege. This new move might be difficult, but her family has just been catapulted to the ranks of the wealthy. Many eleven-year-olds suffer difficult changes, but few are afforded a comfortable place to live, a good education, and a loving family. Riley has all the benefits that being a part of a wealthy family affords her, which also means that her dad likely gets killer health care. So, you’re having emotional problems? Get a therapist, kid.

Okay, maybe that’s a bit cold. But my larger point is that class is an important aspect of how we identify with characters in films, even if it is rarely explicit. Whenever I rewatch 80s movies I grew up with, I’m surprised to find how important socioeconomics is to the film’s subtext and how we identify and root for the protagonists. Goonies, The Breakfast Club, Pretty in Pink, Heathers, and even Die Hard all position their main characters as part of the working class or lower-middle class. And we identify with these characters because most of the moviegoing public are in the working class or lower-middle class. Today, it’s easier to identify with the kids from Goonies who are being kicked out of their homes by developers than with Riley’s family who are moving into a city few have the means to afford.

Arguably, this class consciousness disappears as we enter the 90s. It’s hard to take Best Picture winner American Beauty seriously today for many reasons, not the least of which is Kevin Spacey, but especially because it’s about a man unsatisfied after having achieved economic stability. I mean, we all struggle with existential questions, but few of us also live in a big house with a nice job that we procured thanks to a well-paying job.

When it’s not careful, Hollywood can be oblivious about class and the everyday economic circumstances of your average American. Personally, it’s become difficult for me to stomach movies about bougie people living in Manhattan (sorry, Noah Bambauch, but I don’t know if I’ll get around to Marriage Story). I know that these people also suffer, but there’s a big world out there, and I just can’t see why I’m wasting my time worrying about these folks living in a brownstone in the West Village.

Comparatively, Inside Out’s sins are pretty minor. In fact, Riley and her family have all the hallmarks of the middle class. They don’t have a nice car, and they seem pretty down-to-earth, joshing each other with the kinds of inside jokes families build together. But they’re still living in a million-dollar house in the most expensive city in the U.S.

I’ve asked myself why the talents at Pixar didn’t account for this family’s economic standing. At the very least, they could have picked a different city for the family to move to. From interviews with director Pete Doctor, it sounds like the story was born out of his own experiences, both from moving as a child and seeing his own daughter grow and change. And Pixar’s headquarters just happens to be across the Bay from San Francisco.

I can’t help but think of a New York Times article about the struggling middle class where they interviewed several families making over $200,000 a year. In America, unless you’re Bill Gates, you’re middle class.

Rewatching Inside Out five years later, I’m impressed by its score, the colorful designs, and the world-building. It’s Pixar, so it’s carefully crafted. Inside Out is understandably beloved by many. But I still felt no emotional connection like I have with some of my favorites like Up, Coco, and the Toy Story movies. I just can’t step out of my head when watching this movie.

I’m not here to talk you out of liking Inside Out. I’ve found a few like-minded individuals who agree with my take, but I know we’re in the minority. Much of this is a personal interrogation as to why a widely praised film from one of the most successful animation studios just doesn’t work for me.

But there is another point I want to make. Hollywood is known as the dream factory. When working properly, these movies transport us outside of our own petty concerns for a couple of hours. At the same time, there’s no firm boundary between the walls of a movie theater and the world outside. We bring our understanding of the world into the theater with us. And it only benefits filmmakers to be aware of the common experiences of their audiences, lest they lose them altogether.

Thank you for reading! What are your thoughts on Inside Out? Comment down below!

Thanks for making this point. I’m one of the people who loved this movie but I agree with you too. I think the reason these issues don’t ruin it for me is what you said, that the fact that she’s moving to a $2 million house and has moved into a new socioeconomic class is lost on Riley. It’s not just lost on her, but is actually a negative for her. The difference between what kids want and need and what their parents sometimes think they should want and need is highlighted by the story.

For me the movie is redeemed because what she finds in her new home are not pleasures that only belong to the rich and privileged. Rather, her “country mouse” values are affirmed and validated as she matures and learns more about herself and about relationships.

You must have hated The Princess Diaries then.