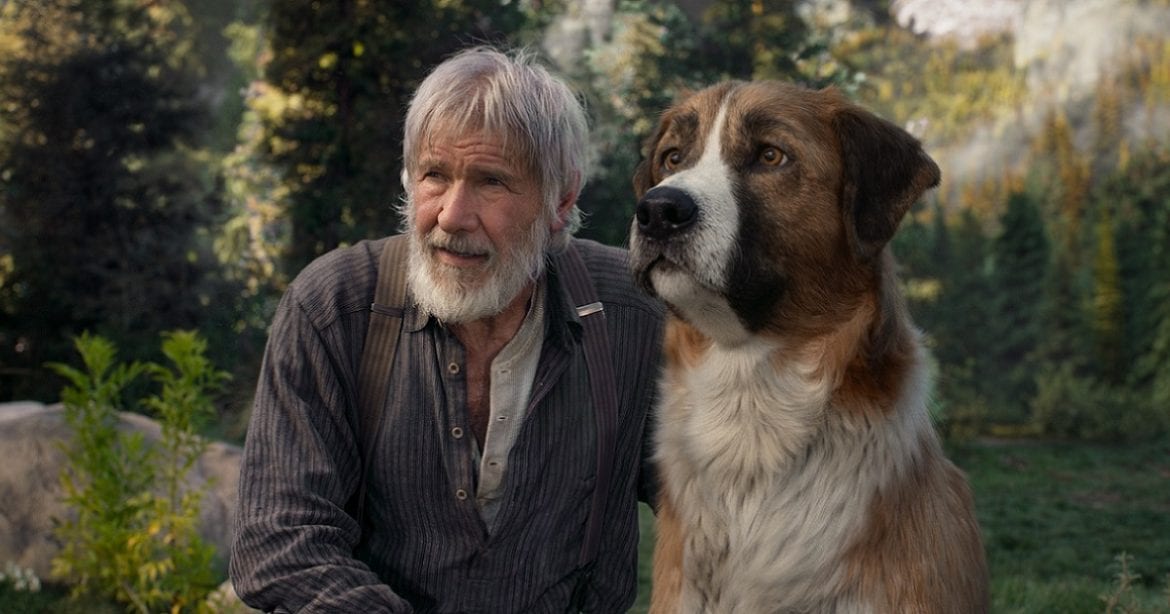 I wasn’t planning on seeing The Call of the Wild (2020) this year. Harrison Ford seemed out of place and the CG dog seemed like an abomination. Plus, I’d seen behind-the-scenes shots of Harrison Ford petting a man in a motion-capture suit and it just didn’t seem right to me.

But I went anyway and I’m glad I did. The movie I saw was full of heart and adventure. The Call of the Wild wasn’t just another remake of an overly-told tale — it was a breath of life into a beloved story. It added diversity, wonder, action, and morals where there previously weren’t any. As much as I hate the Hollywood trend of remaking classic movies, I think it did right with The Call of the Wild.

However, director Chris Sanders took a different route and peppered the story with characters from a multitude of backgrounds. Omar Sy (The Intouchables) played a lovable mail carrier, Perrault, who buys Buck with the hopes of one day delivering the mail on time. Cara Gee played Sy’s cynical female companion, Françoise. Though the relationship between the two is blurry, it can be assumed from certain shots that the two are romantically involved in some way (or maybe I’m reading too much into this).

These were not the only people of color or women seen throughout the movie. It was refreshing to see something other than a white man’s face on the screen, especially in Sy’s warm personality and Gee’s spunky attitude. The Call of the Wild’s diversity is what sets it apart from other remakes most of all.

Let’s Talk about the CG Dog

Making Buck into a completely CG character seemed outrageous to me. I almost didn’t go see this film because of that. Every other version before this had a real dog who had real personality and heart. Could you possibly get the same kind of emotion from a dog that wasn’t even real?

Turns out, you can! Even more so, actually! While I was put off by CGI with recent errors like The Lion King (2019), The Call of the Wild seemed to work out the kinks for this film. There were so many things that a real dog couldn’t do that Buck was able to portray with ease, such as the level of animation and feeling displayed by his facial muscles.

While it may take a dip into uncanny valley at times (dogs really aren’t that expressive in real life), the CGI was generally well-rendered and gave the story more emotion than if the dog had just been a trained real-life pup.

I’ve said it before and I’ll say it until the day I die: the score is one of the most important parts of the movie. In The Call of the Wild’s case, the score is what sends it into memorable territory. It has a score that almost feels nostalgic, like it reminisces of films in the past. It reminds me a lot of the score from Spirit: Stallion of the Cimarron (2002) with its heart-pounding pace and majesty.

There’s a certain mood you have to create whenever you make a score for an adventure movie. It has to match the setting and evoke a sense of wonder and freedom. John Powell has no power achieving that mood and more.

One thing I will say about the score is that it is best experienced in a theater. There’s nothing like the majestic blast of brass to accompany such a freeing film.

The one problem with The Call of the Wild is it never gets to focus in on the characters I want it to. I want to know more about Françoise and Perrault; what is their relationship and how did they end up in Alaska in the first place? I would have loved to see a longer performance from Bradley Whitford as Judge Miller, an actor who is always a treat to witness.

Of course, if we had delved into every character, the movie would have been much too long, especially for a movie that is marketed more towards kids. I just wish that we had a little more backstory for each of these people.

Yes, yes, I know the movie is about Buck the abnormally large dog. But I really just want to know how Perrault was able to get a mail route in what was probably still a racist country. How did Françoise get partnered with him and why was she in Alaska in the first place? Who is Judge Miller really and what was his relationship with Buck? Did he really love Buck like John Thornton (Harrison Ford) did later? I just have so many questions!

Should You See It Now or Later?

One of the things I often debate before going out to see a movie is this: is it worth seeing it on the big screen or should I wait until it’s on DVD, Redbox, and streaming sites? My answer: see it in theaters if you love great orchestral scores, but wait if you’re just there for the story.

Seeing it in theaters accentuated that beautiful, adventurous John Powell score. It’s a score that can only be appreciated with a great sound system. To be heard in all its majesty, you need that theater experience. The theater also accentuated some of the high-energy sled dog scenes, which made the film a lot more enjoyable than it may have been had I only seen it at home on my TV.

However, if you just want to watch a fun story about a dog, it won’t hurt to wait until it comes out on more accessible (and less expensive) platforms. Either way you choose to watch, you’ll definitely have a fun time!

Thank you for reading! What dare your thoughts on The Call of the Wild? Comment below!

[…] actually read anything by Jack London, likely you’re familiar with his two most famous novels, The Call of the Wild and White Fang, which have both been adapted into films a number of times (as recently as 2020 and […]

[…] is incredibly entertaining, though admittedly wavers in quality throughout. There are some gorgeous shots and hilarious lines of dialogue; then, other scenes look fairly uninspired. As the director, […]

[…] of watching Hitchcock’s 1940 adaptation for the first time in anticipation of watching this remake, and I adored what Hitchcock achieved. The black and white cinematography pairs perfectly with the […]