Sandler Is Back to His Old Shtick in ‘Hubie Halloween’ 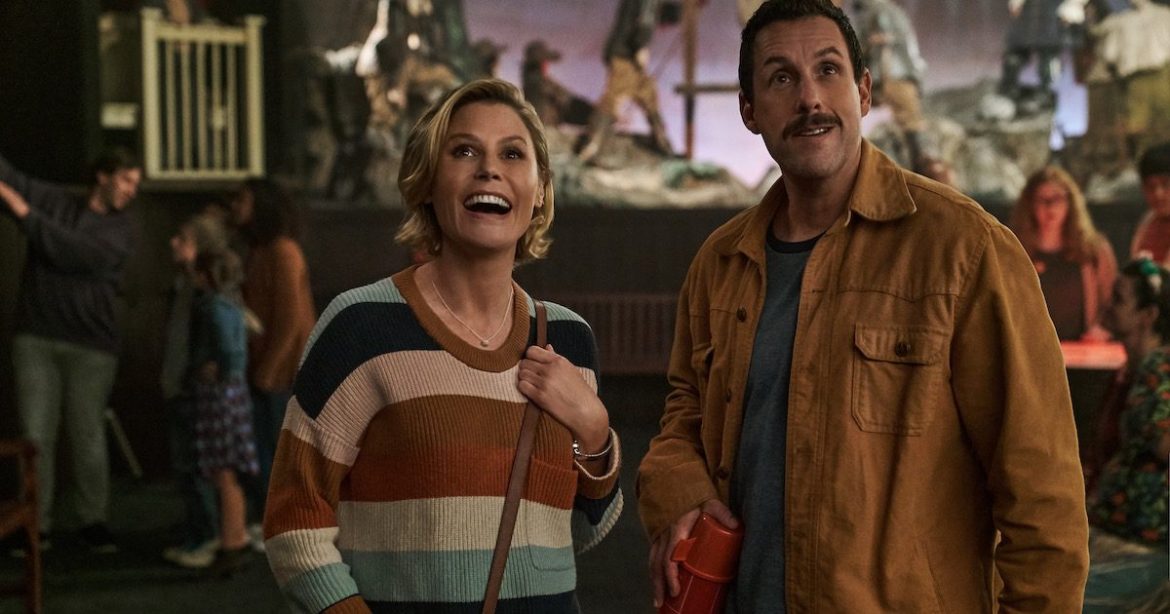 Hubie Halloween is the latest Happy Madison production directed by Steven Brill and co-produced, co-written, and starring Adam Sandler. Alongside him are some of the usual Sandler suspects, such as Kevin James, Maya Rudolph, Julie Bowen, Steve Buscemi, Rob Schneider, Tim Meadows, et al. Ray Liotta, Noah Schnapp, Paris Berelc, and Karan Brar also star in what essentially is a typical Happy Madison production, but it doesn’t completely suck this time around.

What do we as the audience expect from a new Sandler flick these days, especially one made by Happy Madison? Nothing, and that’s ultimately a major reason for what made Uncut Gems so good last year, as it diverted from the trend and no one expected it. Hubie Halloween won’t be another smash hit for Sandler critically, but it’s surely not the worst thing he’s done thus far.

There’s nothing new here, think of every other Happy Madison production, but set during Halloween, and you’ve got Hubie Halloween. Like many godawful Happy Madison productions, it does go for the lowest form of humor and, in many cases, that wouldn’t work. Yet, given the state of the world this year, I think it’s about time we had a shitty comedy like this. That’s not me saying it’s any good because, honestly, it’s really bad, but it’s another Sandler movie that’s easy to throw on and lose some brain cells watching. Maybe we need that right now.

The storyline ultimately leaves very little to the imagination as it follows eccentric community volunteer Hubie Dubois (Sandler) who finds himself at the center of a real murder investigation on Halloween night, although no one believes him due to his penchant for crying wolf. His devotion to his hometown of Salem, Massachusetts leads him on a night of mystery, horror, and love as he sets out to investigate the strange occurrences in his beloved town. 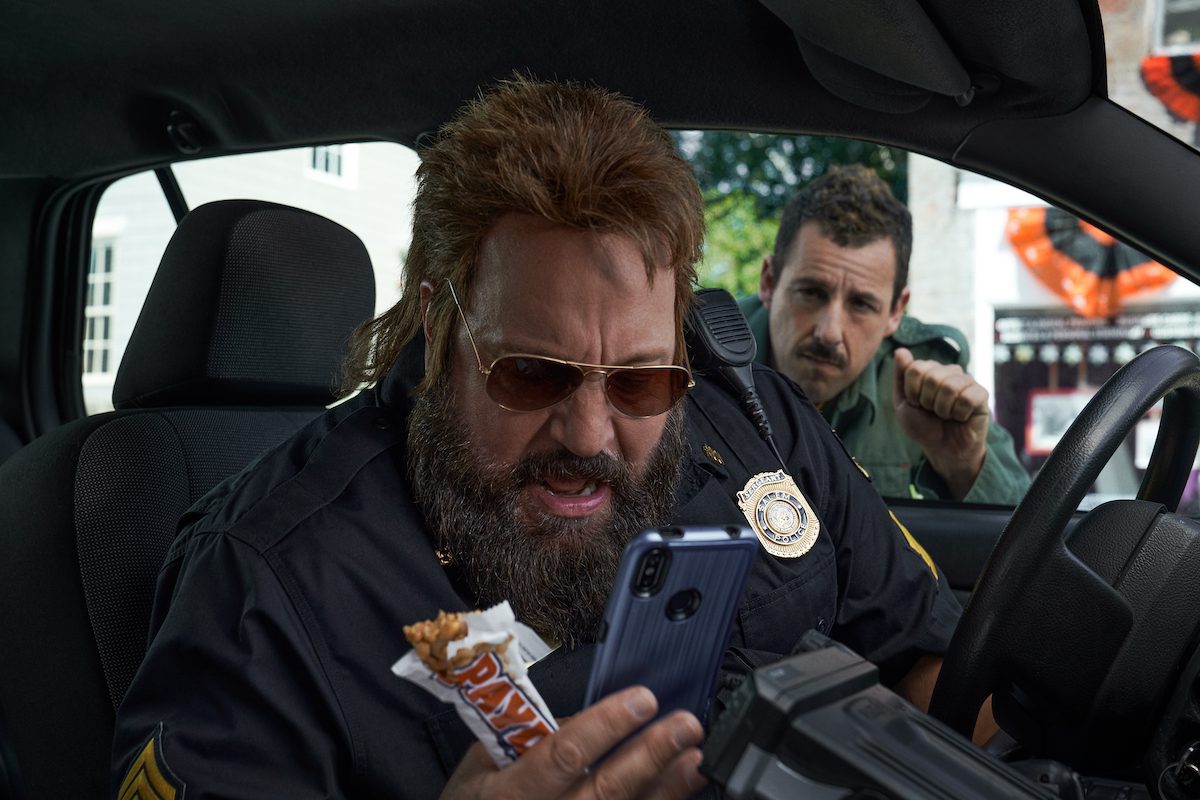 Once again, Sandler enlists the help of his friends, most notably Kevin James and Steve Buscemi (with the latter being a werewolf!), to help him make another silly comedy. While it’s nice to have a slight laugh every now and then, it’s just the same simple nonsense we’ve all gotten used to. Sandler puts in one of the weirdest performances of his life as Hubie Dubois, everything from his voice to his most wonderfully awful thermos which, although slightly funny at times, went a bit too over the top and will ultimately make audiences roll their eyes multiple times. Although it’s played for laughs, at points it is sad to see the way the community treats Hubie as a freak; Hubie Halloween is probably a little more aggressive in its bullying than it was aiming for.

However, let’s take a moment to address something: Steve Buscemi, who plays Sandler’s neighbor, is a werewolf! How many times are you going to hear that? Actual hero, former fireman turned actor, Steve Buscemi, playing a werewolf in a comedy. That goes down as a win for 2020.

Now, we all know that a Happy Madison film will normally never has a “good” ending, and Hubie Halloween is no different. The twists that occur can of course be slightly surprising (especially the godawful appearance by none other than Shaq) but they simply don’t work… at all. Yet, the film knows it’s dumb; it knows it’s stupid; most importantly, it knows it’s awful, and that’s what it does best. It plays off the awful jokes and that can genuinely make you laugh at times as everyone involved knows what this film undoubtedly is. Hubie Halloween is, like many of Sandler’s films, full of madness.

Despite it holding little to no critically good aspects, it is still a light-hearted horror-comedy that many can enjoy on the weekend and proves to be a great film to get your friends together, have a laugh, and have a drink too.

Hubie Halloween was never going to be a groundbreaking film, it’s not even very good, but it does work as a film that never takes itself seriously and, therefore, allows the idiocy to take center stage. There are a few small laughs to have here. This is in no way a good movie, but for what it is, it could have been a lot worse. Let’s just be thankful it wasn’t as bad as The Wrong Missy! While it ultimately holds very little critical appeal, and is a sorry excuse for a few twists and dumb accents, somehow it can still be enjoyable. That’s a win in my book at the end of the day. Netflix is the exact place a film like Hubie Halloween should end up.

Thank you for reading! What are your thoughts on Hubie Halloween? Comment down below!