The Best Movies Filmed in All 50 States (Part 4) 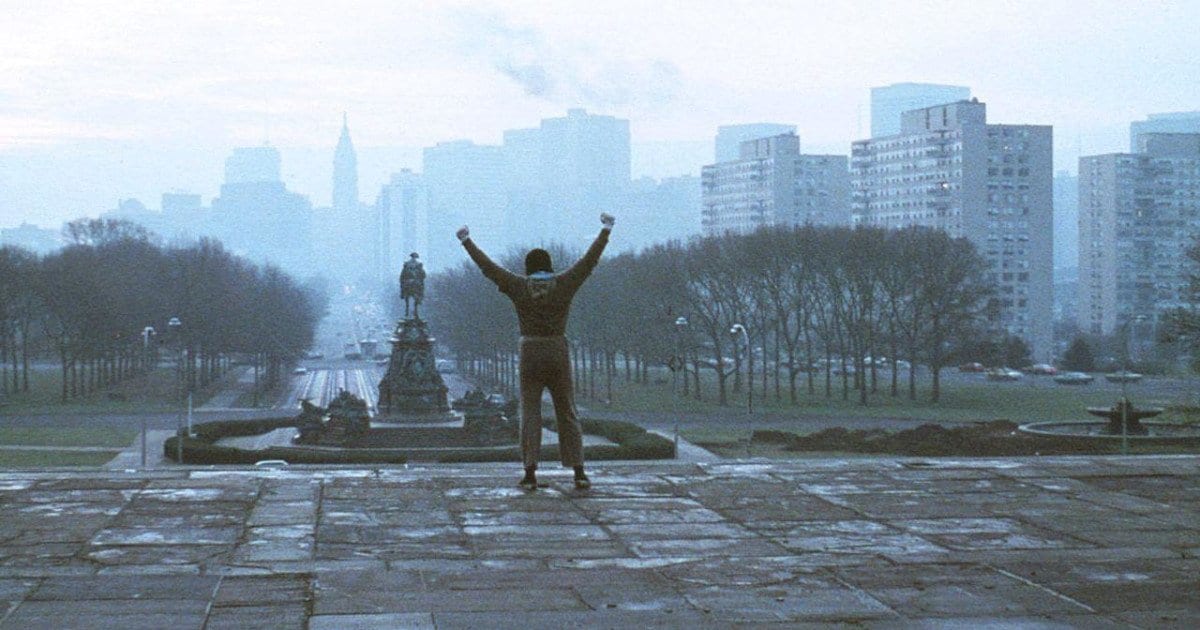 Howdy neighborinos! Once again, I have come back to add another installment to this lovely series. Last time, we trounced across the 50 states and remembered some of the greatest movies filmed throughout America. From classics like On The Waterfront (1954) to more recent greats like The Hangover (2009), we covered all the bases.

Today, we peruse some cult classics, some oldies-but-goldies, and a few nostalgic memories in between. As always, I hope everyone can find something they love!

If you’d like to check out the other parts in this series, click here: Part 1, Part 2, Part 3.

Thor — the film that spawned Chris Hemsworth’s mighty yet young career. In the first film of the trilogy, our favorite blond-haired god of thunder is cast out of Asgard and forced to live on Midgard (AKA Earth). While in what is practically the most desolate town in the United States (New Mexico provides the perfect scenery), Thor meets a beautiful scientist (Natalie Portman) whom inevitably falls for. This all complicates matters as he tries to fight off his evil brother Loki (Tom Hiddleston) and the robotic warriors that obey their evil overlord. It’s not exactly Marvel’s greatest film, but it sure is one heck of a ride! Thor is part of the classic first phase of superhero movies that introduces us to the original Avengers and creates the beloved, complicated Marvel universe.

Elf is one of the most cherished Christmas films in existence and one of those films that gives you a warm fuzzy feeling. Will Ferrell in a ridiculous green and yellow costume seems to just scream holiday spirit to us. There are very few comedic films that manage to hit with nearly all of its material, but Elf is one of those films. From the horrifying jack-in-the-boxes to the off-key singing in the mall to syrup on spaghetti, everything in this movie is designed to elicit that full-belly laugh. And, to add to that cheery holiday cliche feeling, it all takes place in snowy, Christmas light-adorned New York City. We get to revel in snow-covered Central Park, marvel at Rockefeller Square, and generally just enjoy the exciting holiday hustle and bustle from afar.

Image via The MHM Podcast Network

When The Hunger Games first came out, it sparked a revolution in teens worldwide. Suddenly, everyone wanted to be Katniss Everdeen; archery was in style, girls wore their hair in braids, and the mockingjay whistle could be heard in school halls everywhere. This blockbuster was filmed in the haunting forests and hills of North Carolina, adding to its dark, foreboding theme. Out of all the films in the series, The Hunger Games was truly the greatest in terms of cinematography and sound editing. One scene that always stands out is the scene when Katniss loses her hearing temporarily and we are subjected to a confusing splice of shots and an annoying ringing noise to mimic her situation. Jennifer Lawrence, Josh Hutcherson, Liam Hemsworth, Elizabeth Banks, Stanley Tucci, and Woody Harrelson round out a moving cast and create a memorable film. 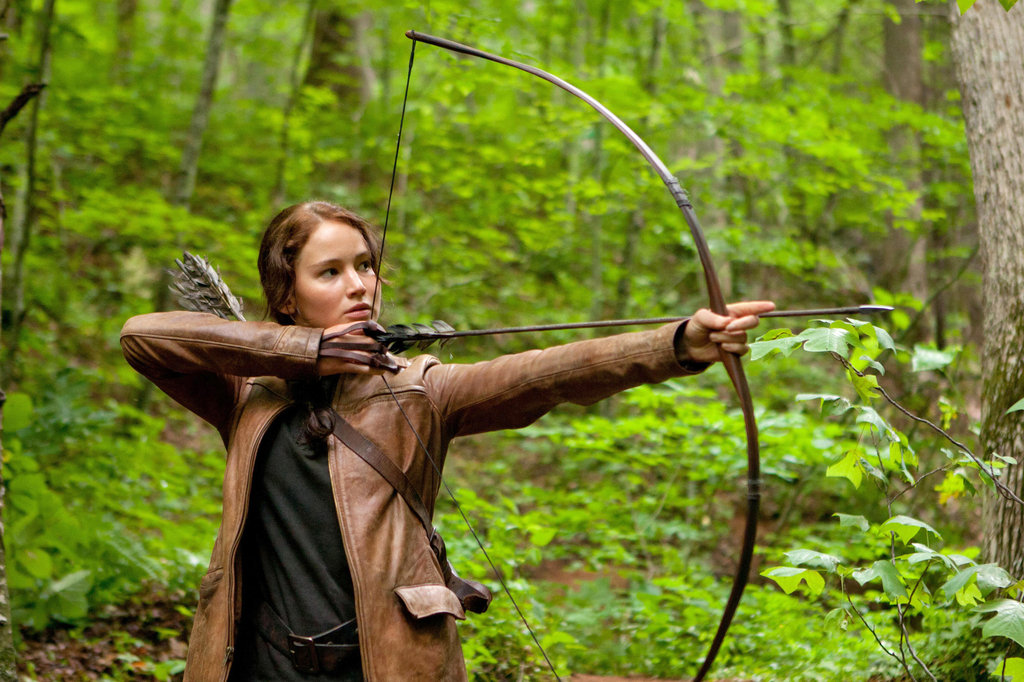 To be completely honest, there haven’t been that many films shot in North Dakota, aside from Fargo (1996), which has already taken its place as best movie filmed in Minnesota. For North Dakota, I chose a slightly depressing documentary called The Overnighters (2014). The documentary follows local pastor, Jay Reinke, in his quest to house the influx of emigrants coming to North Dakota for jobs. The community, however, is not as supportive of his decisions to help those in need and conflict among the citizens occurs. Bleak and nearly hopeless, the film takes on a Grapes of Wrath-type mood. The people that come to North Dakota are on their last straws, simply trying to find homes and jobs to support their families. The Overnighters is a thought-provoking indie film that you should definitely check out. Image via The Stanford Daily

The Shawshank Redemption is not only one of the greatest movies filmed in Ohio, it is also one of the greatest movies filmed, period. Tim Robbins and Morgan Freeman star in this prison drama that depicts the life of Andy Dufresne behind bars. Everything about this film is spectacular. Stephen King’s script just drips with beautiful metaphors and prose. Director Frank Darabont utilizes dark and light to signify captivity and freedom when appropriate. Thomas Newman composes a heart-wrenching score that emphasizes the pride of Andy Dufresne and his plight. Though the film runs quite long, every moment is just as inspiring and captivating as the next. Darabont made his mark on history with this absolute spectacle of cinema. And to think it was filmed in little old Ohio!

The Outsiders was the first book I ever read that I truly remember enjoying to the fullest. The movie does the novel remarkable justice. S.E. Hinton’s characters sparked the careers of many a young actor, including: C. Thomas Howell, Patrick Swayze, Tom Cruise, Rob Lowe, Emilio Estevez, Matt Dillon, and Ralph Macchio. This dramatic film will have you in tears by the end. The story revolves around a gang of buddies in a rough neighborhood in Oklahoma who run into some real trouble one night and must rely on one another to get through it. The Outsiders includes all the great elements of a teen movie: drama/angst, hot boys, leather jackets, a rumble, the police, gangs, and lives being torn apart (including mine). As heartbreaking as it is, I love The Outsiders and its many subtle morals and bleak life lessons. 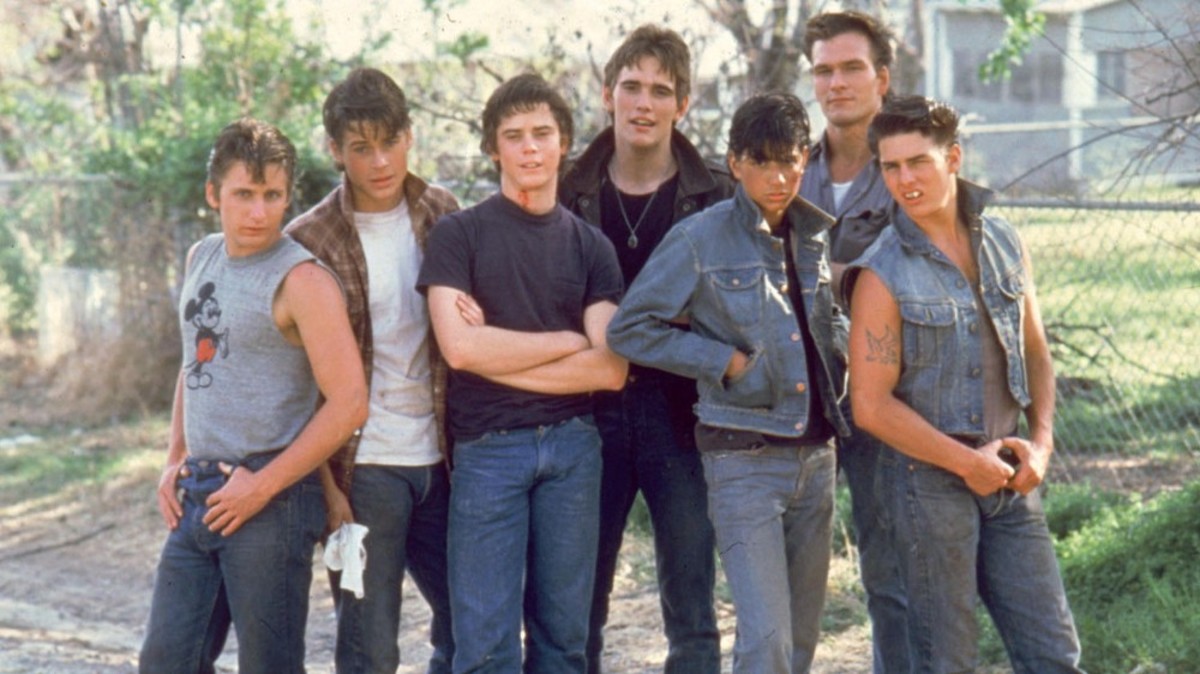 I am just now realizing that Danny Devito was in this film and now my life will never know peace again.

Once again, we have another Jack Nicholson film. Filmed in scenic Oregon, Nicholson plays a criminal who pleads insanity to avoid prison and finds himself riling up a group of asylum patients under the rule of the evil Nurse Ratchet. While it has its more serious, dramatic moments, the film is chock full of hilarious gags and one-liners. The entire cast does a phenomenal performance, but I believe the Oscar should go to Louise Fletcher (lucky for her, it did!) for her magnificent portrayal of the hardened Nurse Ratchet. It’s hard to portray that much sternness and lack of likability in just one character, but she does it with style to create an unforgettable character. It’s a great film that depicts life’s little complexities with a dash of humor and drama.

Image via One Room With A View

While Rocky IV (1985) will always have my heart, Rocky is the movie that started it all. By now, we all know the story of the underdog boxer, Rocky (Sylvester Stallone), who gets a shot at the big-time. We’ve all heard or at least quoted those triumphant words: “Yo, Adrian!” Rocky is inspirational mainly because it starts out relatable. The main character is down on his luck and struggling to follow his passion. Rocky literally fights for his dreams and to better his life. The rustic city of Philadelphia provides a fitting backdrop for our story; its industrial focus and bustling manner mirrors Rocky’s own industry and drive to become the person he is meant to be. Rocky is a pioneer not only among boxing films but among sports films in general.

I find this film fascinating. Though it takes three hours to experiment with all the aspects of lighting, cinematography, voice editing, and other effects, every minute is worth it. The film stars Brad Pitt as Death, who comes one night to take media mogul Bill Parrish (Anthony Hopkins); however, Death strikes a deal: Bill shows Death around the mortal world and Bill gets to live a little longer. Inevitably, the dreamy version of Death falls for Susan Parrish (Claire Forlani), Bill’s daughter. I understand the hate the film gets: it’s a little too long for its subject matter (all those dramatic pauses in the dialogue is a little much). But I also think it deserves better. It shows a subject we tend to gloss over in a more enlightened, beautiful way. It experiments with interesting cinematic techniques to portray the otherworldly. Plus, there’s a little humor mixed in with it all. Not to mention we get some beautiful mansion scenes filmed in Rhode Island, a scenic little corner of the United States. 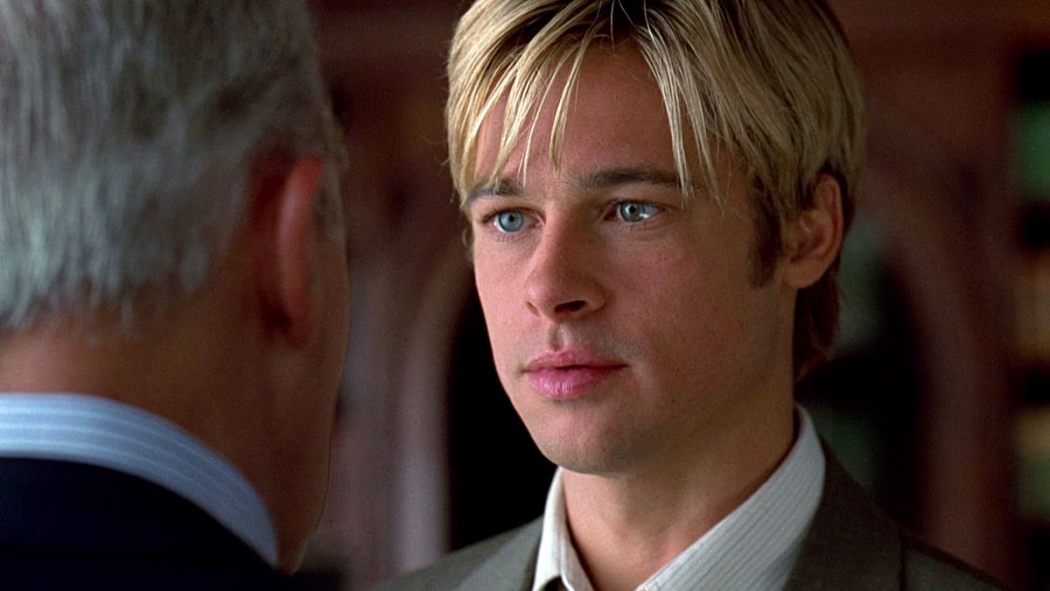 No, it’s not entirely accurate. But that didn’t stop me from enjoying Braveheart (1995) and it won’t stop me from enjoying The Patriot (2000). After all, who can resist following a screaming patriotic Mel Gibson into battle against the British? The film itself was shot mainly in South Carolina — a perfect historic site for a historic film. Basically, the whole film is a revenge plot for Mel Gibson against the British in the Revolutionary War. We also get ever-so-captivating performances from Heath Ledger, Jason Isaacs, and Chris Cooper. The battle scenes of The Patriot are startlingly brutal and well-choreographed to show the realities of war. It’s one of the only films to take on the epic battles of the Revolutionary War and it does so in triumphant manner. Also, it seems Gibson has some sort of beef with the British (understandable, really). 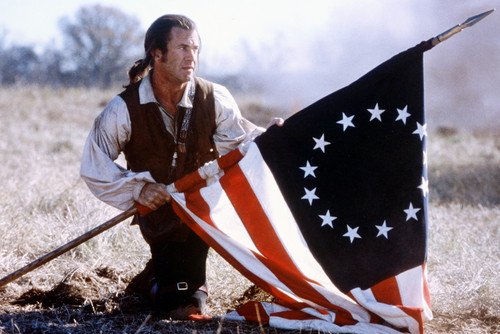 Thank you for reading! What are your thoughts on Part 4 of Films Shot in All 50 States? Comment down below!

As a proud North Carolinian I’m going to respectfully disagree. While I am a Hunger Games apologist of sorts, I think there are better films from NC, particularly Last of the Mohicans which was filmed not too far from where the Hunger Games were filmed. You can argue that the Hunger Games are the most popular film from NC however.

I can respect that! Appreciate the read!

Thank you for putting Elf as the best NY movie! I expected it to be a predictable Woody Allen film that critics can’t seem stop gushing over (I also would have accepted Ghostbusters). I love my hometown, and I especially love it during the holidays, and Elf captures the spirit of both perfectly.

Also, as good as the first Hunger Games is, I think the second one topped it in terms acting, raising the stakes, and the lack of shaky cam. I will say those North Carolina woods are inviting (when you’re not being chased by murderous teenager or viewing it through a camera that won’t hold still).

I love Elf! Wasn’t a hard choice for me since I’m not a Woody Allen fan lol