‘Female Vampire’ is the Worst Kind of Movie 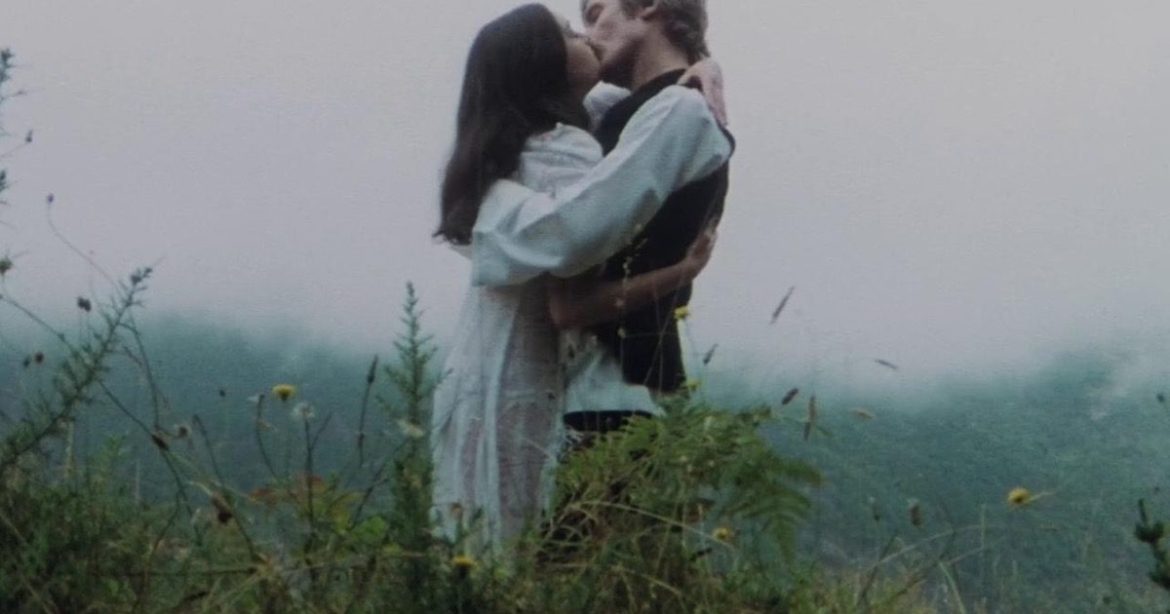 CONTENT WARNING: Okay, so, before you even start reading this review. I was bamboozled into watching the most sexually graphic film I’ve ever seen. If that makes you uncomfortable, I advise you to go read my other excellent reviews. I will be talking about how graphic this film is. I won’t go into gory detail, but it needs to be acknowledged. Reader, I am giving you an out, right now.

Without potentially giving all my gorgeous readers too much information, I think it’s important to clarify that I don’t really watch pornography. I do not begrudge anyone who does, it’s simply not my thing. To write this review, I watched an hour and forty minutes of hardcore pornography, that had subtitles and dubbing. That’s my commitment to MovieBabble. That’s the kind of effort I’m willing to put in to give an honest review of Female Vampire. Not only was the viewing experience subpar, but the film itself is at best a sexually exploitative horror film, and at worst a complete sexploitation film with the “plot” about a vampiric succubus to make sure it isn’t labeled as a snuff film.

Hard to Watch in More Ways than One

It was hard to watch this movie from a technical standpoint. The subtitles and dubbing together were overstimulating and detracted from the (minimal) dialogue the film had. Both the subs and dubs were in English, over the original dialogue. I found it hard to follow. Such dubbing is customary in international cinema during the 1970s, but it’s truly frustrating to sit through here. It felt like I was in a room where two people were trying to have a conversation with me at the same time while asking me to comment on a book I read, and I wasn’t able to focus on any one.

The story of Female Vampire is…minimal. Countess Irina Karlstein (Lina Romay) is a mute vampire who gets her energy by draining victims via oral sex. The local coroner, Dr. Roberts, (Jesús Franco) notices these strange deaths, immediately comes to the conclusion that a vampire has done it in the exact way Irina does, and attempts to stop her. There is also Baron Von Rothany (Jack Taylor) who mostly stares into the distance until he has sex with Irina and she kills him, and the cute journalist Anna (Anna Watican) who has a terrifying erotic experience with Irina before her death. It’s pretty thin, and that’s one of my main problems.

When I see a film and write a review, I try to give it the benefit of the doubt, and put my own biases and first impressions aside to get to the root of the film. What is the crux? What is the message? Why did this film need to be made? To me, it seems like Franco made this film to make his future wife, Romay, walk around completely naked for 100 minutes and suck off and eat out everyone she comes in contact with, so that he didn’t have to physically cheat on his wife at the time! It’s so scummy. To make her mute, as well, removes any sort of agency she or her victims have, and makes her basically a walking sex doll. It’s so obviously a thinly-veiled, warped, and perverted realization of his own fantasy about Romay.

There’s Actually Nothing to Say

I don’t mean to be crude. And I will say this. Female Vampire’s scenery is gorgeous. The setting, Madeira Island off the coast of Portugal, is picturesque. The subversion of some classic vampire tropes is interesting, as well. Irina can venture in the daytime, there’s no need for blood, these are interesting concepts that I haven’t seen done in vampire films before.

However, it’s immediately undone by the ridiculous sex scenes. The final sex scene of the film is a whopping 10 minutes long, and the fifth of its kind. With an admittedly liberal estimate, half of the film is some of the most grotesque and upsetting sex scenes I’ve ever seen in my life. Irina writhes all over the dead bodies she has just (literally) sucked dry. At one point she’s so overcome with sexual desire that she starts putting her phallic bedpost all over her body and in her mouth. At another time, she turns on another vampire, which is never explained, and whips her and takes all her clothes off to kill her via oral sex as well. I mean, people! How can anyone watch this and not want to go to church!

Do Not Watch This

I just felt so gross watching Female Vampire. It seems I was contributing to the exploitation of the actors and the crew. I got a peek into a gross man’s fantasy of a woman that I never wished to have seen. Truthfully, I really, really, really, discourage any of my gorgeous readers from wasting your time on this film. It’s graphic, it’s unnecessary, and I don’t have much more to say beyond that.

Thank you for reading! What are your thoughts on Female Vampire? Comment below!

[…] would think a movie titled “Kill, Baby…Kill!” would rely on over-the-top exploitation for its scares, but that’s not the case! The film is actually very atmospheric and reserved […]

Wow. Sorry you had to endure this movie! Supposedly Jess Franco flicks are an acquired taste though admittedly I’ve yet to acquire it (and I’m not actively trying to).

Out of curiosity, how were you bamboozled into watching this?

When her editor (maybe it’s me, who’s to say) brought the opportunity to review the film to the staff, he had very little knowledge of Franco’s work too, so he couldn’t provide proper context before it was assigned. Oops 😂

Exactly as Nick said! I simply didn’t have the background, and I didn’t really have any warning of how graphic this was going to be. I do also, admittedly, just love the word bamboozled. Nick, I love you.

Bamboozled is unquestionably a top-tier word 😉