‘Mangrove’: The First Part of Steve McQueen’s ‘Small Axe’ Is an Overwhelming Success 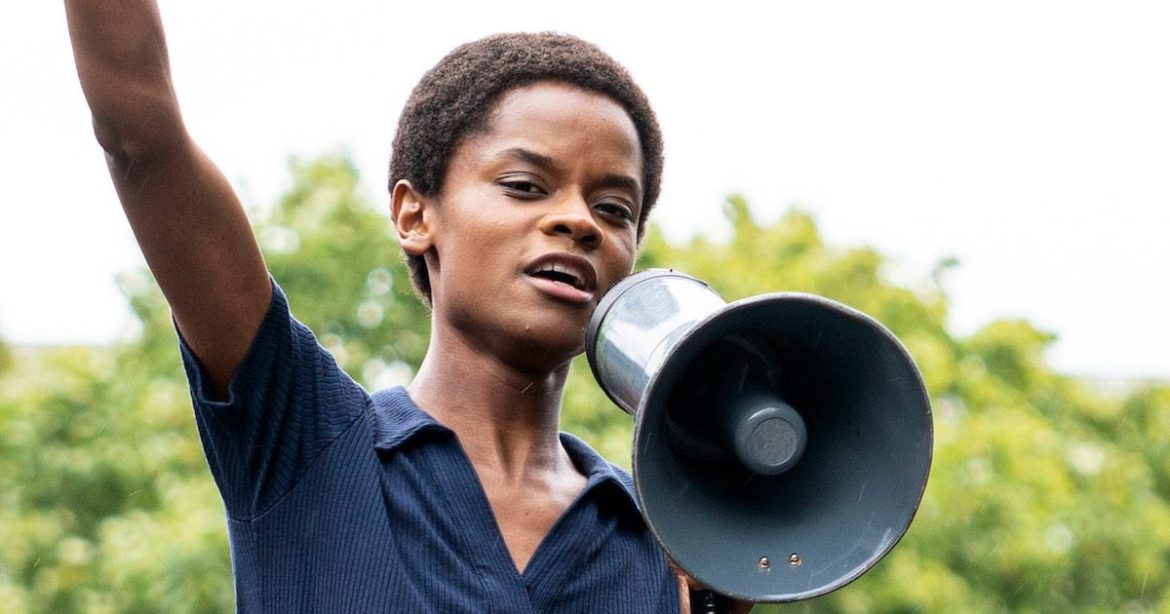 There’s a word for films like this…powerful. The raw power, raw emotion, and rage-inducing storyline that’s portrayed throughout is fantastic to watch, and quickly draws you into a daunting time period of inequality. In the following weeks, you’ll see a lot of comparisons to The Trial of the Chicago 7, and that’s more than warranted. Superficially, both involve trials, but both also interrogate the disgusting, undeserved racism of the time in both their respective countries. Yet Mangrove is a testament to how relevant matters of racial prejudice, systemic disenfranchisement, and institutional bullying and brutality really are, even today. McQueen captures the proceedings with a palpable intensity as it deals with the still-unfinished fight for social equality in Britain.

The members of the Mangrove Nine were Frank Crichlow, Barbara Beese, Altheia Jones-LeCointe, Darcus Howe, Rupert Boyce, Rhodan Gordon, Anthony Innis, Rothwell Kentish, and Godfrey Millett, and their stories deserved to be heard. Personally, the cast is where courtroom dramas make it or break it. Not the astonishingly disgraceful stories that are always interesting, but the performances the stars give, the power they emit, and how much they connect to you on a deeper level. That’s exactly what drew me to The Trial of the Chicago 7, and that’s exactly what drew me into Mangrove as well.

On to those much-anticipated performances…they all, and I mean all, work in the film’s favor. Letitia Wright, who plays Altheia Jones-LeCointe, gives arguably her best performance to date. Her empowering monologues throughout the court scenes mixed with her actions outside all created a character I was instantly intrigued by. Along with Wright, arguably the other three best performances are from The Mangrove Restaurant owner Frank Crichlow (played by Shaun Parkes), Darcus Howe (played Malachi Kirby), and criminal defense lawyer Ian MacDonald (played by Jack Lowden, who is truly fantastic). Whether it’s Parkes’ face as McQueen slowly zooms in on him during the final verdict, the powerful monologues Kirby gives throughout the courtroom scenes, or even just the way Lowden stands up for the defendants, each allows the audience to feel the same emotions the Nine do once the film concludes.

However, as always, no film is perfect (except for We Bought a Zoo, of course!) and Mangrove is no different. Similar to every courtroom drama, Mangrove can occasionally be predictable. The second half, which focuses mainly on a trial, does feel slightly unoriginal because this sequence of events has been done in countless films, countless times to varying effect over the years. It took away some of the “shock” value as within the first 30 minutes you have a vague idea of everything that’s going to happen; Mangrove doesn’t stray away from the typical “wow” factor other courtroom dramas attempt to present.

It can sometimes work in the film’s favor, as you know the general structure, but you can focus on the glaring racial tension, lies, and subtle actions from those in the court. However, transitions from scene to scene are quite repetitive with many a hard cuts between shots; while this works occasionally, other times it’s jarring and throws you out of the narrative for a moment or two as you piece together what happening in the scene.

But as you watch, you begin to ask yourself, “what does Black Power mean?” That’s the question several of the Mangrove Nine put to each of the jurors in what would prove to be a landmark civil rights trial for England. Throughout Mangrove, McQueen often makes it clear, Black Power can and does signify many things. It means challenging institutions of white supremacy that attempt to sway all things in their favor; it means strength in numbers; and perhaps most importantly, it means Black people taking control of their narrative and living their lives to the fullest. Mangrove showcases this very well.

I love courtroom dramas. I’m transfixed with the real stories being told and while it may be a slightly tiresome genre to some, it’s one that never fails to impress me. While Mangrove isn’t entirely a courtroom drama, it still comes close to comparing to my favorite film of the year The Trial of the Chicago 7 overall. Both are the definition of powerful, and both work wonders in telling much-needed stories. But amid the thrill of seeing history free from redaction, you can’t help but ask why it took so long for England to change, while simultaneously feeling like it still hasn’t.

Mangrove certainly stands out as one of the best films released thus far this year. It’s absolutely outstanding and marks an impressive opening to McQueen’s much-anticipated Small Axe anthology. Let’s hope McQueen’s four other films are as good as this one.

Thank you for reading! What are your thoughts on Mangrove? Comment down below!

[…] from many other important groups and people that dare defy the American concept of democracy and equality. Enter Judas and the Black Messiah, a film that does as much as any film that I can remember to […]

[…] actually a lot of films for this one, some mentioned above. As much as I want to say Nomadland, Mangrove, or Another Round, the film I am so sad I couldn’t fit on the list is Brandon Cronenberg’s […]