‘Judas and the Black Messiah’ Redefines the Black Panther Party 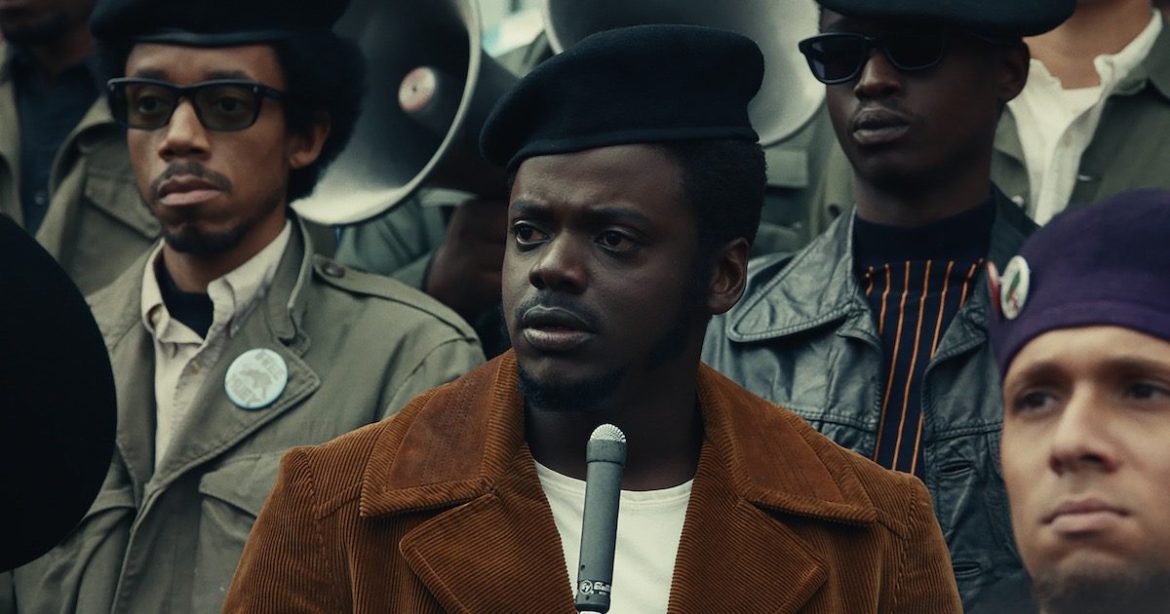 Admitting you don’t know something is hard. Especially in a time when so much information is readily available. Admitting your ignorance can leave you feeling on the outside of the pseudointellectual social media landscape. An environment that often rewards acting as if know you over actually knowing or desiring to learn. However, it is the awareness (and subsequent exploration) of what one does not know that I find to be much more powerful. I say all that as a precursor to what is a bit of a shameful admission, especially as a history teacher. Heading into director Shaka King’s newest film, Judas and the Black Messiah, I knew little about Chairman Fred Hampton and the Black Panther Party.

My ignorance can be attributed more to misinformation, caused by either a lack of Black role models or the failure of public education. My knowledge of the Black Panthers was limited to the false depiction painted of the organization by white people. As the incredibly problematic saying goes, “history is written by the victors”. In the case of Chairman Fred Hampton and the Black Panther Party, they have been almost effectively written out of our history. Which is not too different from many other important groups and people that dare defy the American concept of democracy and equality. Enter Judas and the Black Messiah, a film that does as much as any film that I can remember to redefine an important historical figure and/or group.

Judas and the Black Messiah is less biopic or crime drama than it is a historical lesson. Not in the same way as a documentary can be, but it does a similar job in redefining the Black Panthers. Shaka King, who shares writing and story credit with Will Benson, Kenneth Lucas, and Keith Lucas, frames this story around a simple conceit. Petty car thief, William O’Neal (LaKeith Stanfield), becomes an FBI informant and infiltrates the Illinois chapter of the Black Panther Party. His infiltration of the Party allows him access to the inner workings of it and Chairman Fred Hampton himself. Framing the story through this, allows a familiar style to follow, while allowing for an effective way to showcase what the Black Panther Party is really about.

William O’Neal takes us behind the guns, leather jackets, and afros, that have long defined the organization, and shows us the hands-on approach to their community. We are in the meetings led by Chairman Fred Hampton while building his “rainbow coalition”. We even get to see the Party struggle while the Chairman is in jail. This is how the redefining I keep mentioning happens.

Shaka King shows us what The Black Panther Party is really about by showing their actions, their platform, and the meaning behind everything they do. He is not positioning the Party in a way as to lead us to a certain conclusion. He simply presents them for what they really are, which allows us to come to our own conclusions. By doing that, the film also allows for conversations about socialism versus capitalism, civil rights, and police brutality. A holistic presentation of the Black Panther Party redefines their history, while also giving insight into our future.

That redefining extends past the Party and to Chairman Fred Hampton himself. A true revolutionary and American hero that has been tragically written out of history. Judas and the Black Messiah is as much a film about the Chairman as it is anything else. In a performance in which there are no proper adjectives to describe its greatness, Daniel Kaluuya brings Chairman Fred Hampton to life. We see the leader of a revolutionary movement, the larger-than-life figure, the sweet lover. We’re also shown the unique man who is able to speak to all people, inspiring them to seek revolutionary change. Kaluuya captures all this perfectly. He does for Fred Hampton what Will Smith did for Muhammad Ali and Denzel Washington did for Malcolm X. That extends his legacy for generations to come.

Kaluuya is able to do this by so wonderfully encapsulating the complexities and his essence. While his passionate speeches and magnetic charisma are one (very memorable) side of him, the depth and fullness of his character come in the quieter moments. The sweet moments between him and Deborah Johnson (played beautifully by Dominique Fishback), add a tender side that is easily lost on figures this big. His measured and thoughtful presence when he is just talking to someone in a room or a meeting, presents him as a respectful man.

Kaluuya brings him to life with subtle facial expressions and a physicality that demonstrates a command of the room. It’s also the thoughtfulness of a man who truly wants to listen to what others have to say. It’s reductive to merely say that this is Kaluuya’s best work. Simply because what he does in this film is far more important. By capturing who Fred Hampton was, he gives back a beautiful legacy that was largely taken away from him.

Judas and the Black Messiah is deeper than just a historical document of the Black Panther Party and Fred Hampton. It’s a film about the complexities of Blackness, in general, but, specifically during that time in America. William O’Neal is not an unfamiliar character in a story like this, however, he is unique in his presentation here. He does come across with malicious intent and he certainly doesn’t hate the Chairman. He is simply a Black man struggling to survive who the FBI drives him to aid in a terrible event. Stanfield brings a lot of grace to this character which allows for nuance and even a bit of sympathy. His terrible situation speaks more to the lack of agency of a poor Black man in this country than it does to his character.

Shaka King does this complex balancing act all throughout the film. He does so by reserving judgment on the subjects of this film. He allows them to be full characters, therefore bringing forth the nuance. In the case of O’Neal, it’s also a great performance from Stanfield. There is no doubt that his participation in the assassination of Fred Hampton is despicable. Yet you walk away with more contempt for the FBI than O’Neal. This exploration of the complexities of the civil rights movement is also present in Deborah Johnson’s character. A typical wife character rises to a new level by the performance from Dominique Fishback. A revolutionary, for sure, but one who becomes increasingly more thoughtful about tactics as she gets closer to Fred Hampton.

More Than a Simple Biopic

These two characters show the complexities of being Black in America, especially during the civil rights movement. This additional level elevates the entire film to something much more than a simple biopic. Judas and the Black Messiah is a beautiful film about the modern revolution. It’s also about equality and what our government will do to suppress anything they deem a threat. However, it is also a film about being Black. As well as the detriments of capitalism and how whole communities are being left behind by that very same government. For Shaka King to make a film saying all this and redefining one of the more important groups in American history is impressive. But what cannot be lost, is the man and group at the center of this story. Moving forward, it will be significantly harder to do so.

Thank you for reading! What are your thoughts on Judas and the Black Messiah? Comment down below!