‘His House’ Is an Impressive and Deeply Unsettling Horror Debut 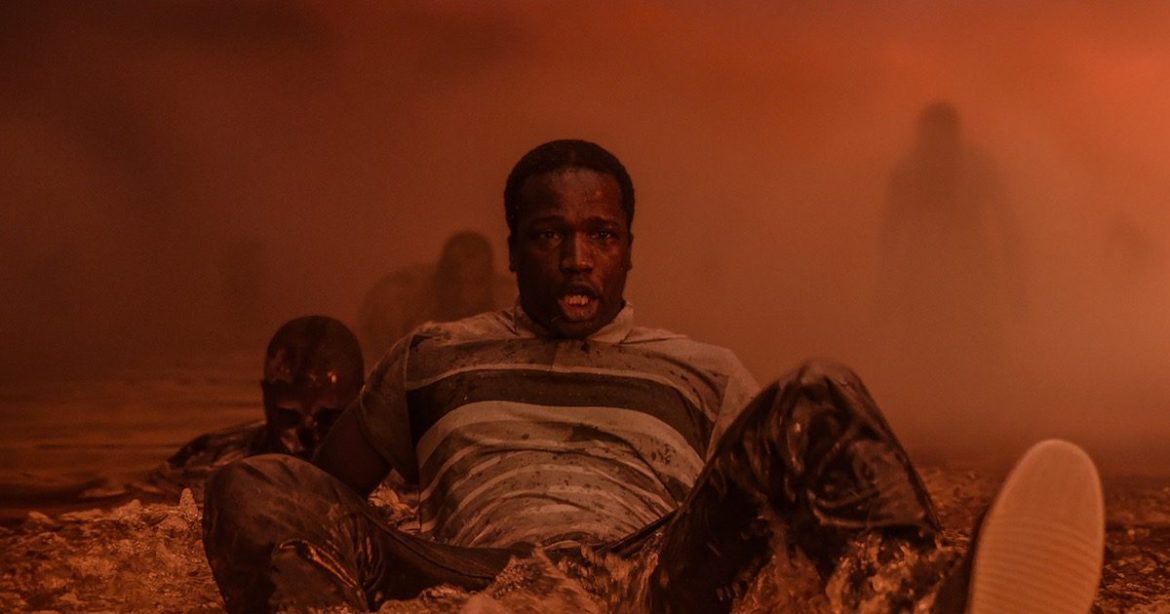 Don’t come to His House expecting a by-the-numbers haunted house horror movie. While there are plenty of jump scares, Remi Weekes’ debut combines these effectively with a gripping story about grief and loss.

His House follows Bol (Sope Dirisu) and Rial (Wunmi Mosaku), a couple who have fled conflict in Sudan to start a new life in an unnamed English town. After enduring a life-threatening journey, they’re held in a detention center and eventually given a home by their caseworker Mark (played by Matt Smith). The titular house is vermin-infested and cold, yet the couple is repeatedly told they should be grateful for being given such sought after lodgings. “It’s bigger than mine”, is frequently offered up as a reason for them to be happy with their lot. They are also given stringent instructions about the rules they must abide by in order to keep their house. Friends, candles, and getting a job are all banned.

An already fractured relationship is increasingly tested, as Rial clings to the language, food, and clothes of her home country. She’s still emotionally tethered to Sudan and the people that they have left behind or didn’t survive the journey to England, whereas Bol is keen to adapt to life in England and encourages Rial to do the same.

It doesn’t take long for the house they should be ‘grateful’ for to start to turn on them. The walls are littered with spirits that exploit the couple’s pain and guilt of surviving what their neighbors and friends did not. As the terrors start to become unbearable, the couple fights over which is worse — staying and continuing to be haunted by the ghosts of their past, or returning to the country they fought so hard to leave. 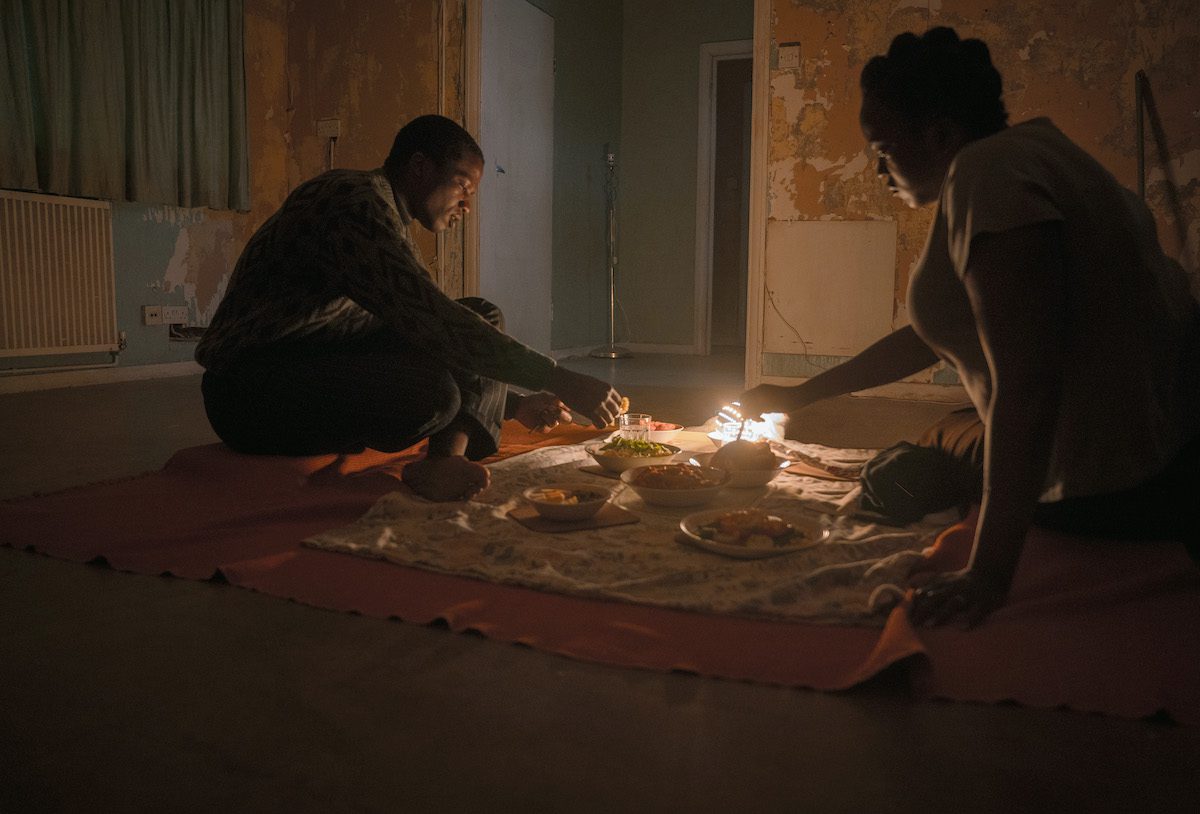 The couple receives at best pity and at worst hostility from their neighbors. They also soon find that what lies outside their house is as potentially dangerous as what lies within it. A trip that Rial takes to a doctor’s office for an appointment, using a crudely drawn map for directions, is one of the most chilling scenes of the film.

His House authentically shows the horrors of navigating life in a new country, while battling PTSD and an unforgiving immigration system. Both leads give incredible performances. Dirisu’s portrayal of Bol is layered, flitting from the desperation at wanting to fit into his new culture and blind rage when Rial risks them losing their home. Likewise, Mosaku’s flashbacks of the relationships she’s lost are some of the most heart-wrenching scenes of the film. Both feel like fleshed-out and thoughtful characters, which is a testament to the screenplay from Felicity Evans, Toby Venables, and Weekes, who create a couple with much more depth than is the norm in a haunted house horror movie.

The film slightly falls down when the scare mechanisms, which are impactful at first, are overused and end up feeling repetitive. Despite how fresh the story is, it slips into trope territory occasionally, including with a Lights Out-style ‘monster comes out when you flip the lights switch’ setup that drags. However, there are interesting attempts at keeping the scares fresh which do land, including how Weekes shows the difference between the couple’s perception of the ghosts that torture them. Bol receives markedly more hostile treatment than Rial from their unwanted lodgers, who encourage the couple to tear themselves apart. The setup of the house is also effectively chilling. Bare walls ridden with holes, faulty electricity, and suspicious neighbors, combined with the film’s eerie sound design make for a suitably creepy prime location.

While the conventional scares don’t always quite work, His House is an incredibly assured debut feature from director Remi Weekes. He confidently weaves together scenes showing hostility from neighbors on a British estate with the trauma of fleeing a war-torn country. It’s a gripping story that depicts the refugee experience and trying to overcome the trauma that it inflicts. His House is an impactful and emotive story about the horrors of fleeing a war only to be treated with disdain rather than compassion by others.

Thank you for reading! What are your thoughts on His House? Comment down below!

[…] interactions are slightly uninteresting, but Holly and Ward appear soon and with them enters an unsettling vibe. And most importantly, within twenty minutes, the audience is subjected to some haunting […]

I was glad Netflix managed one decent horror this season, because the others have been dreadful.