‘Occupation: Rainfall’ – When It Rains, It Unfortunately Falls 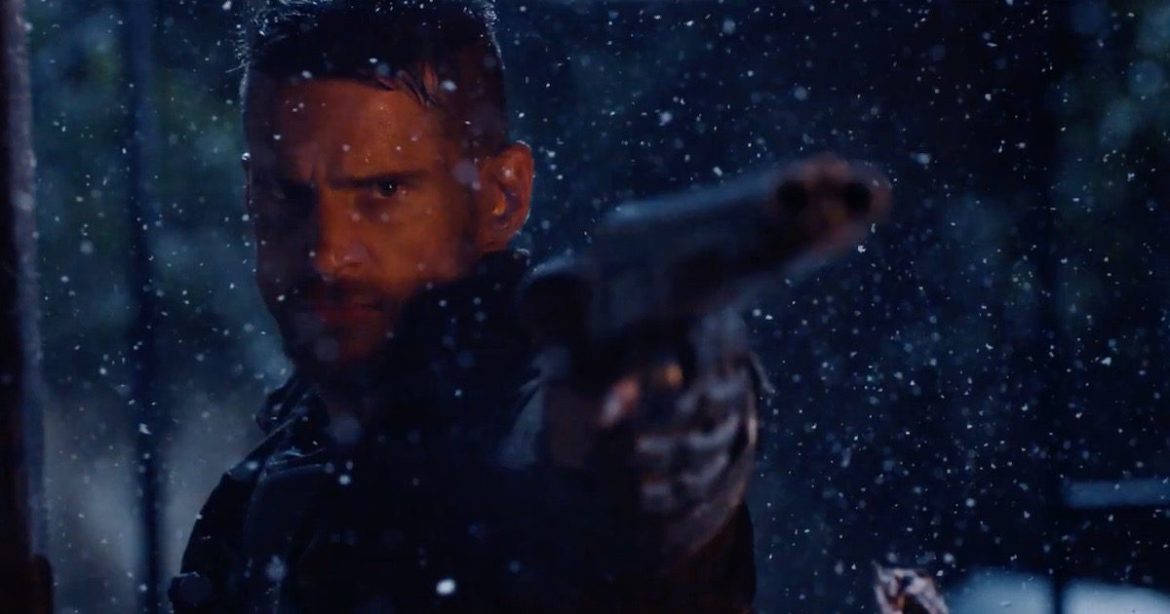 Occupation: Rainfall comes to us from the mind of writer/director Luke Sparke and is the sequel to Sparke’s previous film, Occupation. Picking up two years after aliens have landed on Earth, a group of Aussie survivors fights in a war for their home and their lives.

Caught In its Own Storm

From the opening scene, Occupation: Rainfall lets its audience know exactly what sort of film they in for. Instantly, the audience is met with a breakneck action sequence, filled with plenty of noise — both audible and visual. It’s at this point that the film either grabs its audience and drags them along for the ride or loses grip of them and leaves them in the dust. Unfortunately, it was the latter that occurred during my viewing of this film. Where Occupation: Rainfall could have embraced the type of film it is and basked in the cheesiness of pulpy, B-grade cinema, Sparke instead gets caught up in an attempt to create the next, big Aussie sci-fi epic. Because of this, a lot of the film is bogged down in monotonous sequences of traveling, fighting, and uninteresting character interactions. While some aspects of the film work quite well, its focus on the brooding and down-and-out atmosphere starts to become overbearing and kills the vibe of any high points.

Cloudy with a Chance of Explosions

While Occupation: Rainfall‘s lack of tonal consistency proves to be its biggest detriment, where it shines most is in Luke Sparke’s direction of action. Many of the film’s sequences are centered around large action set pieces, and Sparke’s talent really stands out during these moments. The action in Occupation: Rainfall is loud and bombastic. It’s exciting and clear-cut. While Sparke does utilize techniques such as shaky cam, at times, the majority of the action is understandable and easy to follow. Although a few of the special effects appear below average, the film still manages to keep its audience engaged within these sequences of explosions and laser beams. There is one big set piece, however, containing a crab-like creature that really shows off some of the film’s better visual effects and incredible alien design. This sequence is also the highest point of the film, unfortunately.

A Slight Chance of Sunshine

Although Occupation: Rainfall falls short in many areas, its big selling point on all of the posters and trailers is Jason Isaacs and Ken Jeong; these two are easily the best part of the film. Once the film introduces the characters played by these two actors, it momentarily becomes exactly what it should have been the whole time: a goofy, funny action romp. The comedy of the film instantly picks up once Isaacs and Jeong are introduced and definitely eases the mood of the film for a while. However, these sequences add to the inconsistency of the film which, for most of its runtime, wants to be a serious sci-fi epic, but its momentary turns into this blend of action and comedy seem jarring by comparison.

In the end, Occupation: Rainfall is a messy film that takes itself far too seriously, which severely impacts its entertainment value. Where the film could have been a fun B-movie, Luke Sparke instead spends far too much time with plenty of uninteresting characters. While there is some fun to have with the film’s action set pieces and its two Hollywood stars, Jason Isaacs and Ken Jeong, Occupation: Rainfall just isn’t as fun as you would have hoped.

Thank you for reading! What are your thoughts on Occupation: Rainfall? Comment down below!