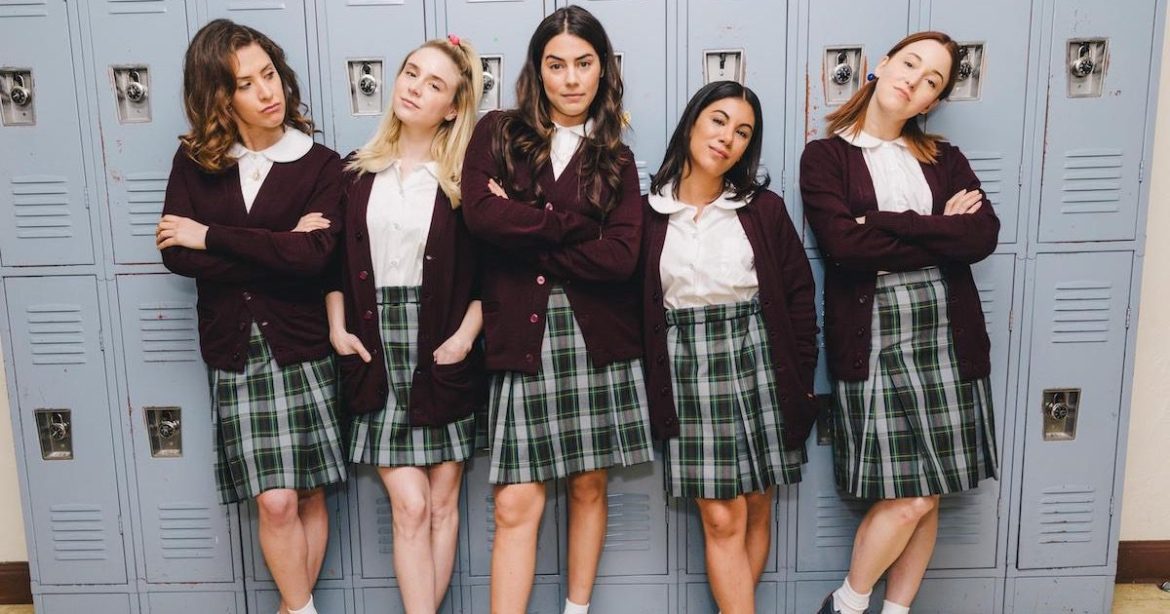 Women Is Losers makes itself loud and clear in its opening scene. Rushing out her front door with her baby in tow, Celina (Lorenza Izzo) is in a shouting match with her cheating husband Mateo (Bryan Craig) while his paramour yells heatedly from the window. Celina then breaks the fourth wall to explain herself and apologize for any of the film’s lack of production value, calling the film, “a story about making do with what you got.” It might also explain why the film seemingly couldn’t secure the rights to include the Janis Joplin song that inspired its title in the soundtrack.

Shifting back to 1967, Women Is Losers shows the beginning of Celina’s story in high school. She’s filled with optimism, until she gets pregnant by Mateo who just returned from Vietnam. Her best friend, Marty (Chrissie Fit) also becomes pregnant, but sadly dies from an illegal abortion. One after another, Celina is met with almost every oppressive obstacle you can think of, including raising her child as a single parent, battling her conservative parents, struggling with workplace harassment, and being denied financing for a home. With more general misogyny poured on top for good measure.

Women Is Losers is the kind of sub-par movie that’s difficult for me to pan. Its messages are ones you certainly want to root for wholeheartedly, but director Lissette Feliciano lays them on thick. The heavy-handedness is distracting and often groan-inducing. When Celina applies for a housing loan, the bank employee replies, “it’s just not our policy to provide credit to single women, Hispanics, Blacks, the gays, or the disabled.” Then turning to the camera and saying, “I didn’t say that exactly, but I could have. This is all perfectly legal until 1974. To be honest, we still do it. Word to the wise: don’t check the boxes.” Characters often turn directly to the camera and explain the injustices happening in front of them — it’s almost always forced, and even a tad patronizing at times.

With the number of injustices depicted and the film’s brief 86-minute runtime, Celina’s journey rarely has the time to feel believable. Each instance of oppression is reduced down to its most banal version, always stating the obvious and rarely feeling organic. I wished the film just took a second to breathe and put the focus back on Lorenza Izzo’s lovably plucky performance.

For newcomer Feliciano, the film has all the hallmarks of a director making their feature debut, one that throws every idea at the camera just in case the opportunity for a second feature never comes. I hope it does, however. Feliciano’s direction exudes an earnest, can-do spirit that is often missing in mainstream film. With some adjustments, there’s a good chance I could be persuaded to stand up and cheer next time around.

Thank you for reading! What are your thoughts on Women Is Losers? Comment down below!

I HATE when directors are just shoving a message down your throat like they’re afraid you won’t learn it any other way. Give the audience some credit!

Sadly, we live in a society

“Each instance of oppression is reduced down to its most banal version, always stating the obvious and rarely feeling organic.” – Well said. Every possible story arc never fleshed – it was like “take it or leave it,” mentality – as if the director wanted to quickly usher us onto the next page of her script.

Totally! I wish the film chose maybe one example of oppression and fleshed it out (or just focused on less). The film feels like its checking off the boxes instead of offering anything meaningful.