‘Crisis at the Canal’: The Latest Michael Bay Film 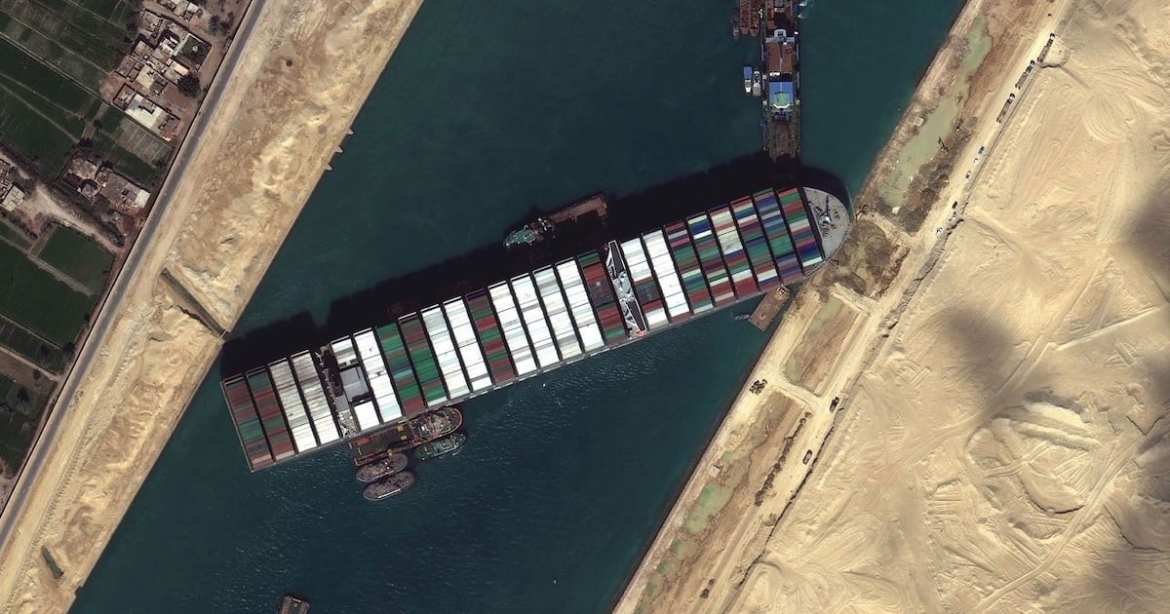 It was a day like any other: Chad McSmithJohnson was guiding the large cargo ship through the Suez Canal as he normally does. He looked down at a picture of him, his estranged wife, and daughter when they were happy. He missed them. Shaking his head, he pushed the thought of them away. He had work to do.

The Evergreen was his baby and he knew exactly how to handle her. That is, until the Great Sandstorm of 2021 came. Will his street smarts and ruggedly handsome looks save him? Or is McSmithJohnson destined for a watery grave at the bottom of the Suez Canal?

Coming this summer (straight to VOD): Crisis in the Canal, an action-packed thriller by Michael Bay!

The cast of Crisis in the Canal has been working hard for the past two weeks to bring to you the best action film since Money Plane (2020). Our hero, Chad McSmithJohnson will be played by none other than Arnold Schwarzenegger. Of course, no late-period Schwarzenegger film would be complete without a completely inane appearance by Sylvester Stallone. We threw him in as a kindly fruit stand owner by the name of… Sylvester Stallone.

The heroine of our story will be none other than Olivia Wilde. She will be playing the role of Jeannie Sexy, the estranged wife who somehow ends up trapped in a container on the cargo ship. It won’t challenge her phenomenal acting skills in the least but gosh isn’t she a bombshell?

We round out the rest of the cast with fan favorites like “That One Guy from That One Insurance Commercial” and “Hey, Weren’t You in Saving Private Ryan“?

Chad McSmithJohnson is the best cargo ship captain in the world. He really knows a lot about ships and water and big machines. He’s also insanely ripped and never wears a shirt when he’s on his boat.

You would think he had the perfect life, but deep inside, he was sad and angsty. He and his wife, Jeannie Sexy, have recently split due to Jeannie catching him cheating on her with the cargo ship. We will not explain this incident further.

However, today was different — today they were headed to couple’s therapy to hopefully reconcile their differences and live happily ever after. If Chad could simply get this last massive load of fruit from old man Sylvester Stallone’s fruit stand to the troops in the Middle East, then he could go home and make love to his wife.

The Suez Canal had other plans.

While traveling through the narrow canal, the biggest sandstorm the world has ever seen engulfs the cargo ship and runs it aground. Not only that, but a group of armed mercenaries is on its way to pillage the ship for its fruit and also kidnap Jeannie, who is inexplicably locked in a shipping container with their teenage daughter.

How will Chad get out of this one???

Early Reviews Are In…

Critics have already started raving about this action-packed blockbuster! Here are just a few of the things they had to say:

“What the hell is this?” — Gerald Hansen, who once read The New York Times

“Can I please be let out of the shipping container now?” — Olivia Wilde

“Where is my paycheck?” — Michael Bay

See It in a Theater Near You!

Crisis at the Canal will be showing in select theaters nationwide so go out and see it today!*

*Only participating theaters in North Dakota will be showing the film. Must be at least 36 years of age to enter the theater. Must prove the ability to shotgun a can of Monster before entering. No wimps allowed.

Thank you for reading! What are your thoughts on Crisis at the Canal? Comment down below!